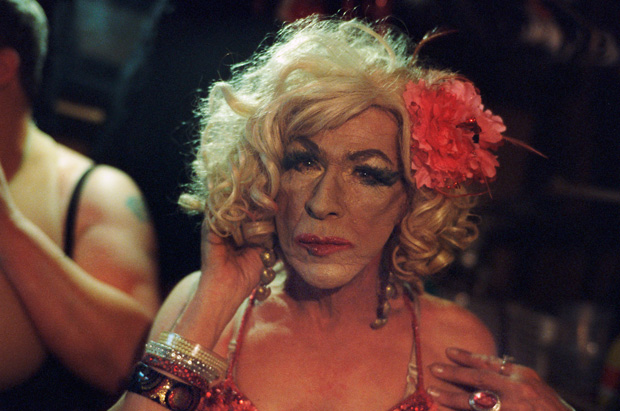 Donna adjusts her wig before her number. 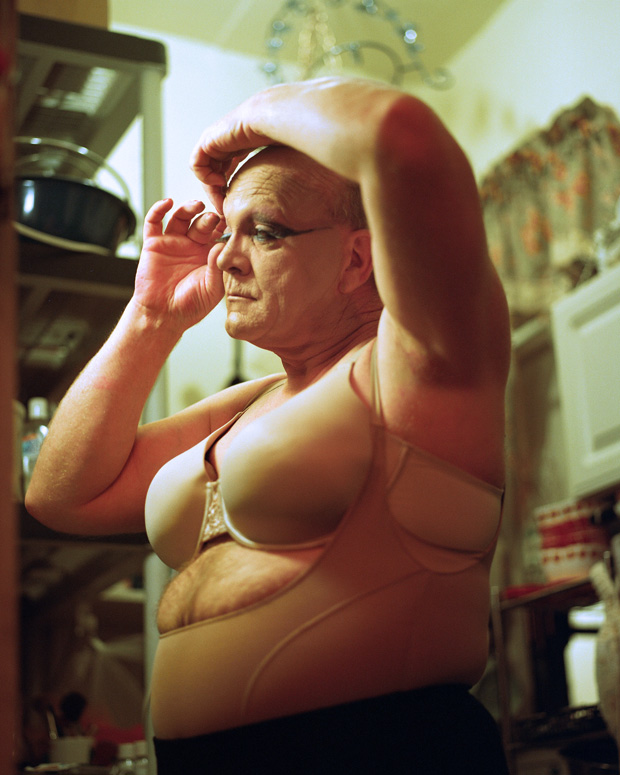 For Beautiful by Night, San Francisco-based photographer and filmmaker James Hosking chronicles life in Aunt Charlie’s Lounge, the one and only gay bar left standing in the Tenderloin, a neighborhood that decades ago, was renowned for its thriving LGBT community. In tracing the nightly routines of three of its older drag queens— Donna Personna, Collette LeGrande, and Olivia Hart, Hosking traces the rich history and uncertain future of drag in the crime-ridden area.

In recent years, the Tenderloin has seen thirty-five times the crime rate of surrounding areas, reports Behold, and its decline has come at the expense of a once-flourishing gay nightlife. Hosking was drawn to those queens who had experienced those early years of drag, those who pushed through their fears of prejudice and societal disapproval to practice what they love. Hosking was endeared to Aunt Charlie’s, which he discovered in an alternative newspaper, in part because of its imperfect performances. The club has no windows and no stage, and the queens must wind in and out of the crowd during their sets, for which they choose their own songs.

Their nights are long, beginning with makeup from 6:30 PM to around 9 PM before dressing and preparation time at the club, which continues until 10:30, when the show starts. Until 12:30 AM, the queens will lip synch their hearts out for one dollar tips while rotating around the club. They will change outfits before each number, and after the show, they might mingle with the audience before grabbing dinner and heading home at 1:30 AM.

Despite the demanding nature of their work, Hosking explains that it is profoundly therapeutic. It offers Donna a reason to confront her anxieties head on, Olivia a motivation to stay sober, and Collette a way to express herself and her femininity. More than just a means to making a living, drag is an enduring and lifelong passion. “I think they’d miss it if they stopped,” says Hosking. 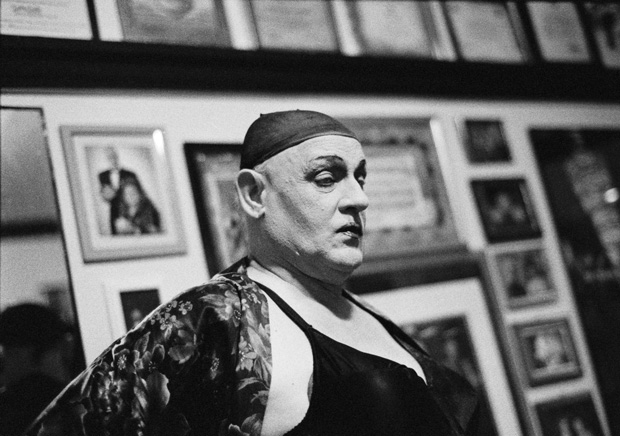 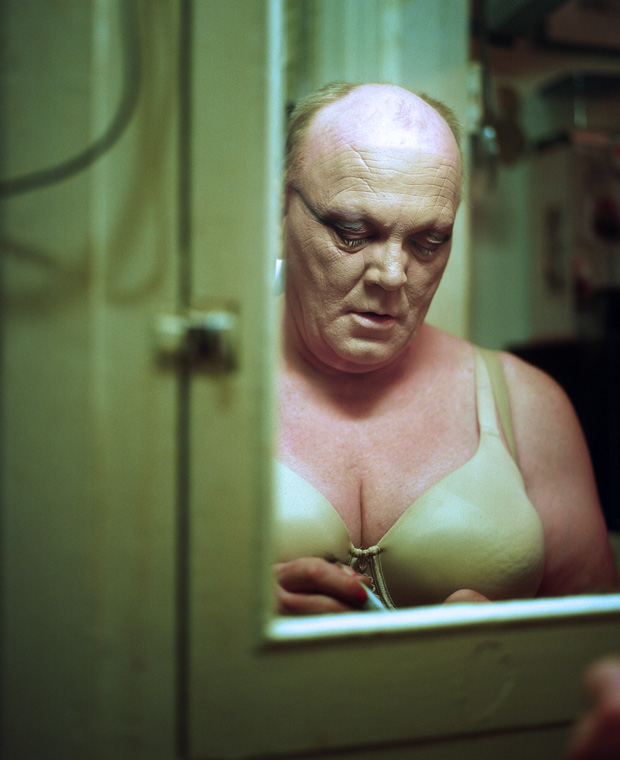 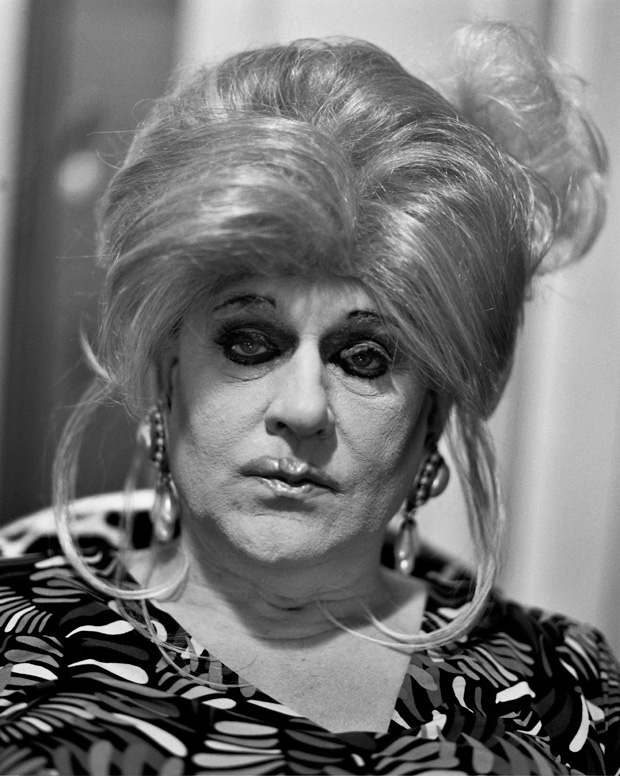 Collette before leaving for Aunt Charlie’s. 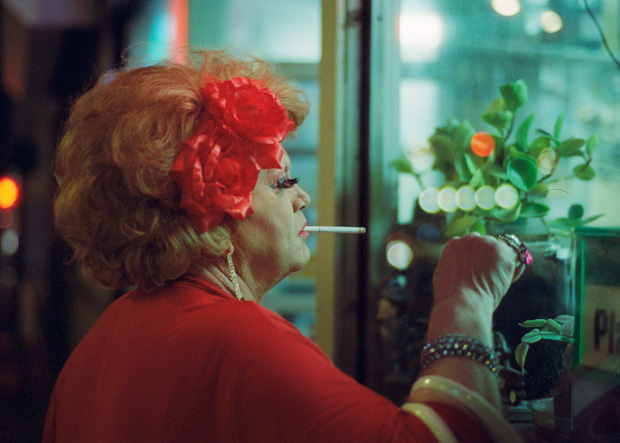 Olivia greets a shopkeeper on her way to Aunt Charlie’s. 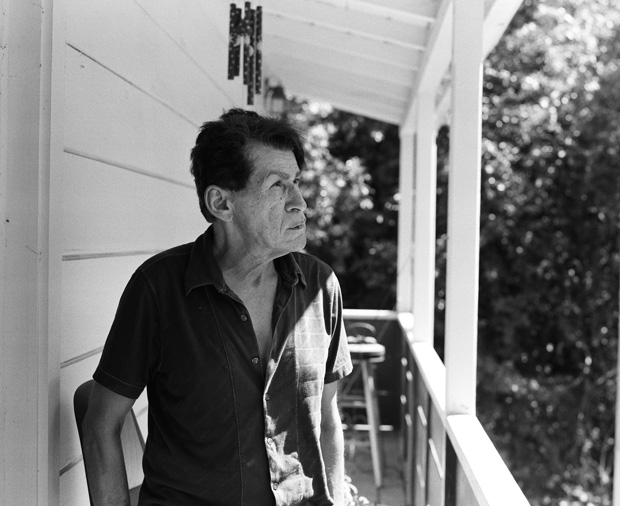 Gustavo at his home in Cupertino, California. 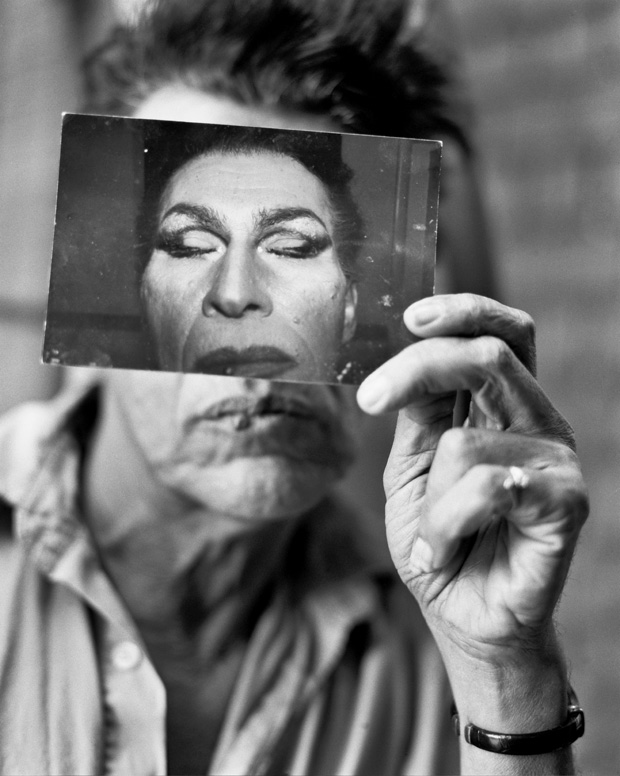 Gustavo holds a photo of Donna over his face. 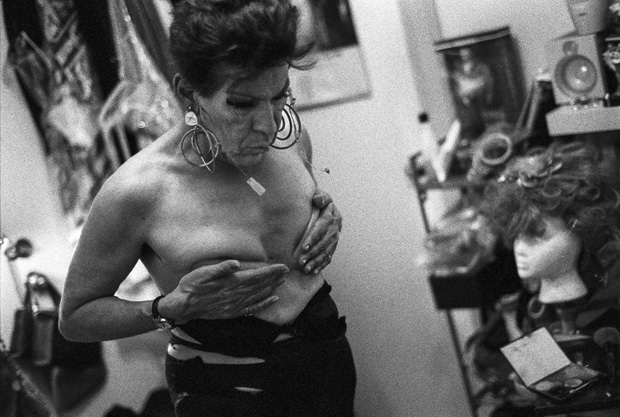 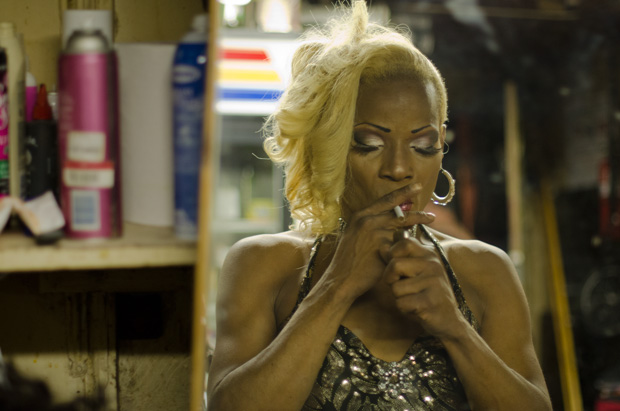 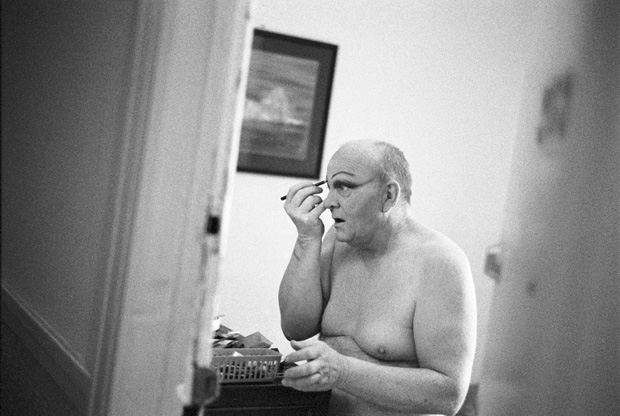 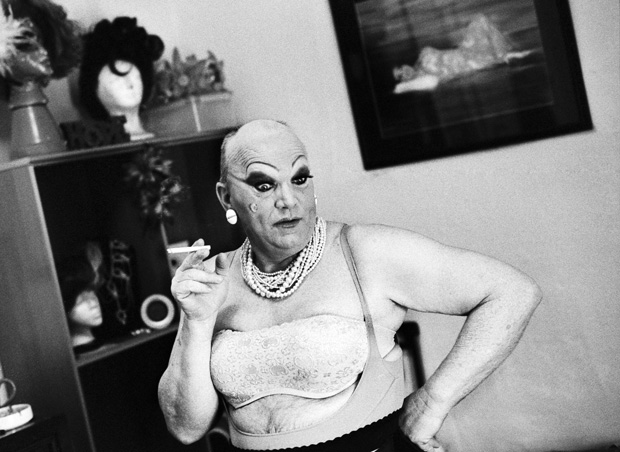 Olivia pauses for a cigarette in her room. 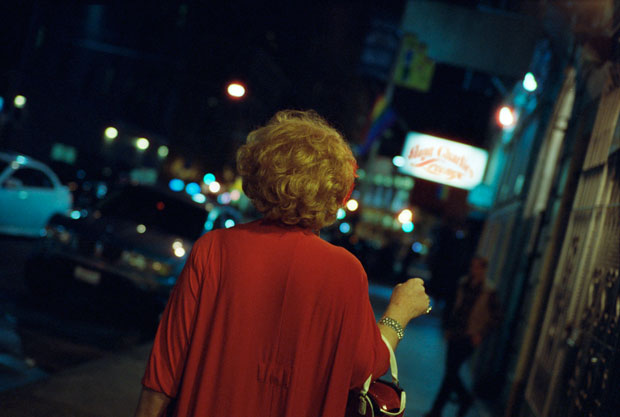 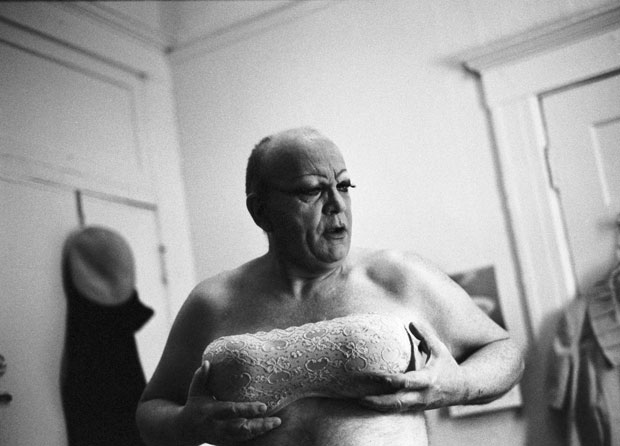 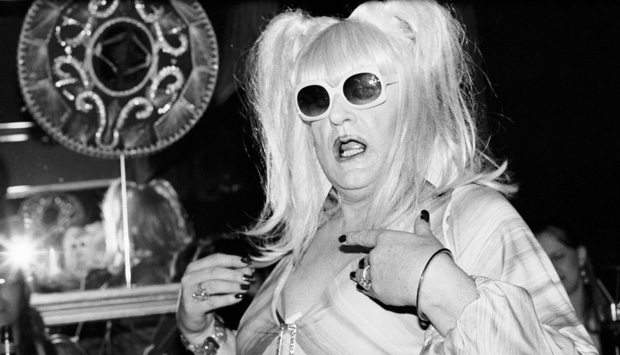 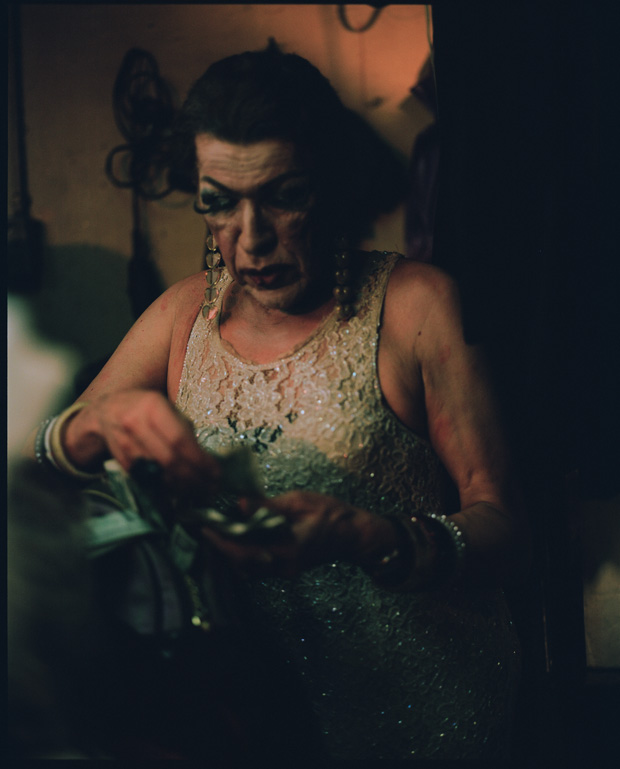 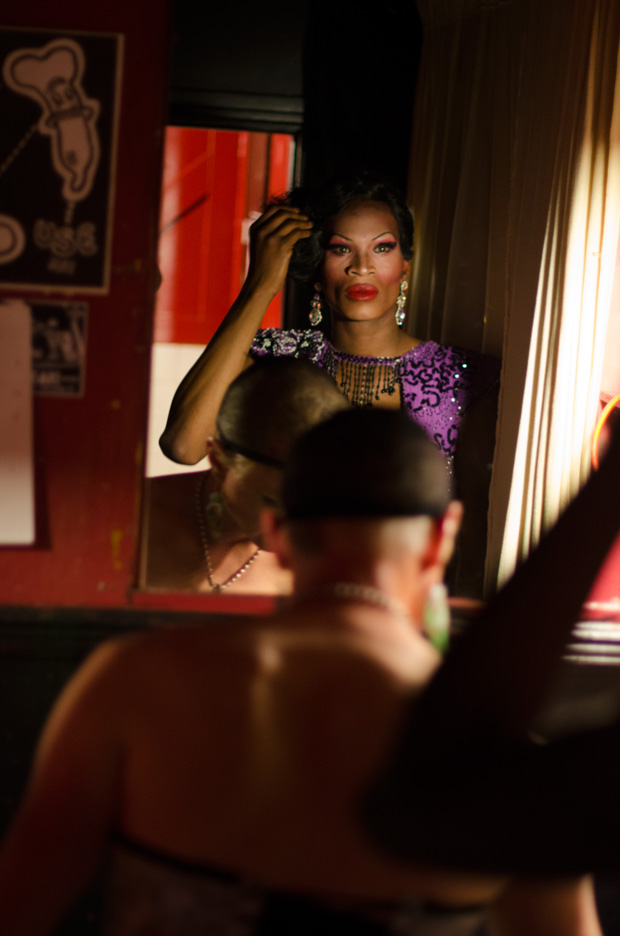 Rahni, a performer, makes a final check before she goes on stage.