Heavy Hand, Sunken Spirit documents the social costs and consequences of Mexico’s violent drug war. We recently talked to Detroit-born, Haiti-based photographer David Rochkind about his experience photographing a conflict that he says is increasingly “melting two worlds together, making a singular Mexico defined as much by violence and tension as by history and culture.”

How long did you work on this project? Did you live in Mexico the entire time you were working on this series?
“I started the project in 2007 with a trip to Nogales, Sonora. At the time I was living in Caracas, Venezuela and didn’t know the exact shape that the project would take. In 2009 I decided to move to Mexico City to be able to work on the project more consistently and with more depth. The last images I shot for this were in 2011.”

It looks like you had an incredible level of access. Can you talk about how you came across most of your shots/subjects?
“Every situation required a different approach, but the most important thing is just to be kind to people. You have to make sure that the people you are working with understand that they are not simply props in a tableau that you are creating; that you are not only interested in them to the extent that they can help you make an interesting picture. I found that people are usually open if you are honest with them and are truly interested in the story they have to tell.”

You started this project in 2008. How do you think the situation in Mexico (in the cities where you were photographing) has changed since then?
“In the years that I was working on this and living in Mexico I did see the situation change. On my first trip to Nogales, for example, people were just barely starting to talk about the violence and its effect on the community. But over the years, in the north and beyond, the violence and the number of deaths grew. It became a constant presence on the TV and in the newspapers and peoples lives were altered by it.”

I imagine that you put yourself in some pretty compromising situations in order to make these photographs. Can you talk a bit about how you were able to make these images without being harmed?
“You always have to determine what level of risk you are willing to take. I think the most important thing is to understand that you are working in a potentially dangerous situation and you are not immune to that. It is important to do research before you go so you can understand what the potential dangers are and how to minimize them. I almost always worked with local contacts and journalists who better understood the situation on the ground and could help me navigate it. And if something ever felt too dangerous, even if I couldn’t say exactly why, I would leave. It is important to trust your instincts.”

What were some of the more memorable moments you experienced while making this work?
“I was especially struck by some of the personal stories of loss that I heard. If you spend enough time covering the conflict in Mexico you are bound to witness truly heartbreaking things—children killed at a birthday party by masked gunmen, a pregnant teenager shot and killed in the street, or a man killed while waiting in his car at a traffic light.

“So much horror was happening and, in some cases, perhaps by necessity, it seemed like the violence became a seamless part of people’s lives. But amidst all of this, you still found warmth, generosity and beauty. I remember a group of migrants offering me food and water on top of a train as we all headed north. They knew that I was American, had an expensive camera and probably had a wad of cash in my pocket and could get off the train at any time, but they were still looking out for me and offering to share the little that they had.”

Your book, Heavy Hand, Sunken Spirit: Mexico at War, was released in 2012. How did you know when this work was complete and ready for publication?
“It is hard to know exactly when any work is complete. The issue doesn’t end and you never finish telling the story of every angle of the issue. But there does come a point when you have told the story you wanted to tell in a way that has a beginning and an end, and that really shows what you saw and felt.”

As you are currently based in Port-au-Prince, Haiti, do you find many similarities between the ongoing situation there and what you found in Mexico?
“The issues that people are dealing with on a daily basis really are quite different in Haiti. There is extreme poverty, public health disasters and a total lack of infrastructure. But I find that in many places there are several overarching themes that remain the same—corruption, lack of educational opportunity and lack of economic opportunity.”

You mention that for people of Mexico the scars will linger on long after the violence subsides. In your opinion, what must be done/what will it take for the violence to subside?
“I really don’t know. It is a difficult question and not one that I set out to answer. It is important to deal with the issues of corruption, education and jobs, but I don’t know if that is enough or everything.”

via A Photo Editor 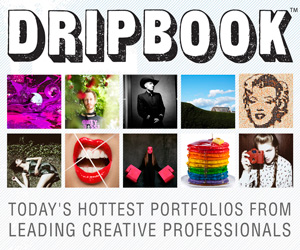