Photographer Documents the Perilous Journey of Central American Migrants to the U.S. 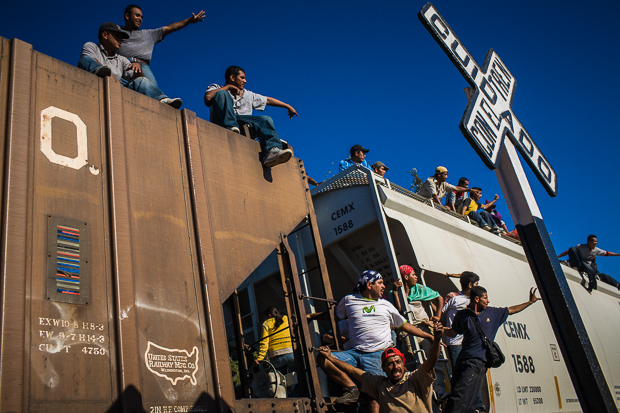 Migrants atop the freight trains travel without protection. They are vulnerable to being hit by trees, wind, rain and hot sun, so the tiredness sometimes overcomes they and fall down onto tracks. The dream ends. That dream of supporting to their families that left behind. in Arriaga, Mexico, January 21, 2008. 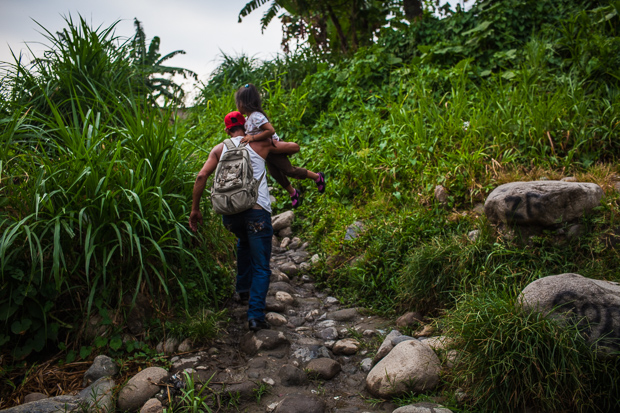 A man holds a little girl while crossing the border under the Talisman checkpoint between Guatemala and Mexico illegally, in Talisman, Mexico, April 18, 2013. 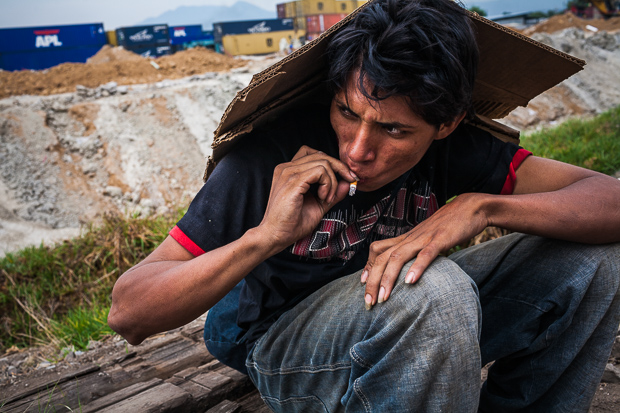 A Honduran immigrant smokes a cigarette and covers himself from the rain with a piece of cardboard while he waits beside the railroad to climb “the beast” or “train of death,” the freight train where thousands of migrants travel with the intention of reaching to United States, in the State of Mexico, August 20, 2008.

The Suchiate River is the crossing point between Mexico and Guatemala for thousands of Central American migrants hoping to make it to El Norte, the United States. They cross the water on a couple of beat-up intertubes with planks of plywood taped on top of them. Mexican photojournalist Rodrigo Cruz shot these migrants across the Guatemala-Mexico frontier for his latest project Frontera Sur.

Cruz was drawn to this project after doing a story on indigenous agricultural workers who migrate to northern Mexico for work every year. Their migration got him thinking about other Central Americans who move even farther north.

To capture these images, mostly with a 35mm lens, Cruz hung around at migrant shelters, where tired migrants are housed and fed by Christian groups in between travel. He also shot at the waiting points where migrants linger for several days before climbing on top of cross-country trains that take them closer to the border. There he could capture the absolute exhaustion and desperation that define this dangerous journey for the thousands of hopeful people making it. “The toughest part of this story was to hear the testimonies of the suffering migrants that had been abducted, robbed and beaten, or lost a limb when falling off the train, as well as the desperation that caused them to leave their homes,” says Cruz.

Cruz shot Frontera Sur over two visits to the areas surrounding the border of Mexico and Guatemala, the first in 2008 as a personal project and the second in 2013 for The New York Times. He hopes and plans to continue the project once he has secured the requisite funds. Over time, he says, the situation has gotten even more dire, and recently, a group of hundreds of children made the treacherous journey alone in hopes of reaching the United States. 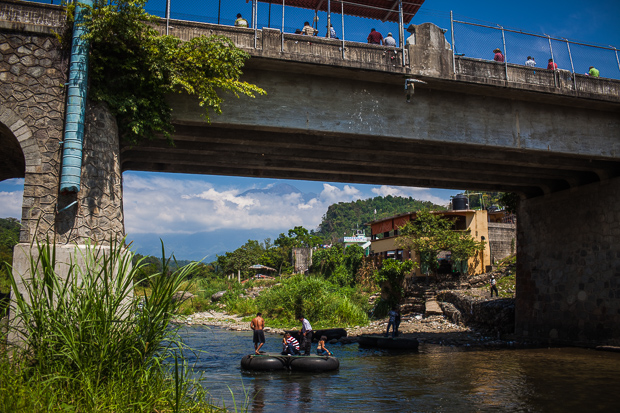 People cross the Suchiate River illegally by raft, under the Talisman checkpoint between Guatemala and Mexico in Talisman, Mexico, February 23, 2013. 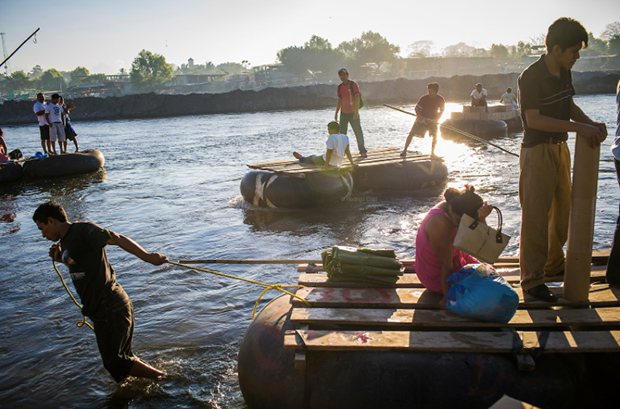 The Suchiate River on the border of Mexico and Guatemala is the site of a black market point between both countries, and it also allows the crossing of thousands of Central American migrants who have the goal of reaching the United States, in Ciudad Hidalgo, Mexico, January 24, 2008. 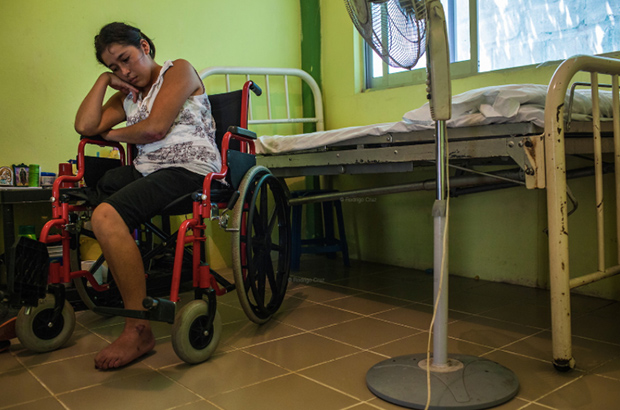 Liseth Elvira Lopez Hernandez, 22, after two months of recovery, rests into a room of the Albergue Buen Pastor. Her husband was killed in a car accident years ago in Guatemala. After that, Elvira attempted to reach the U.S. but fell down from the train in motion and lost her right leg, in Tapachula, Mexico, April 20, 2013. 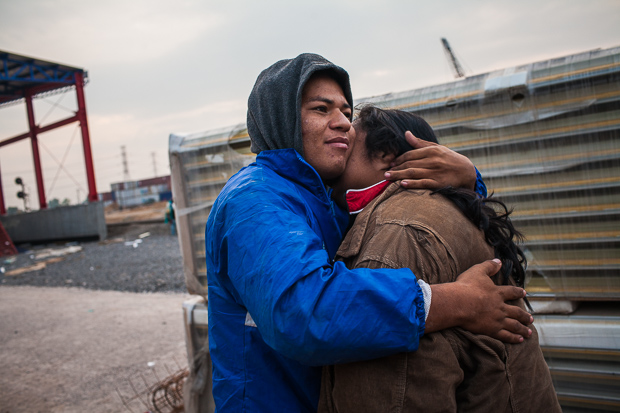 A Honduran immigrant couple embraces next to the railroad while waiting for the train, in Mexico City, May 20, 2008. 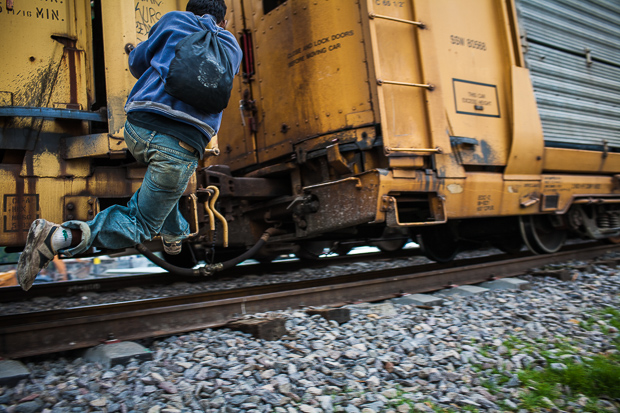 A migrant climbs up onto a train in motion. Migrants fall down on the train tracks frequently and suffer serious injuries, losing their legs, arms, even their lives, in State of Mexico, Mexico, May 20, 2008. 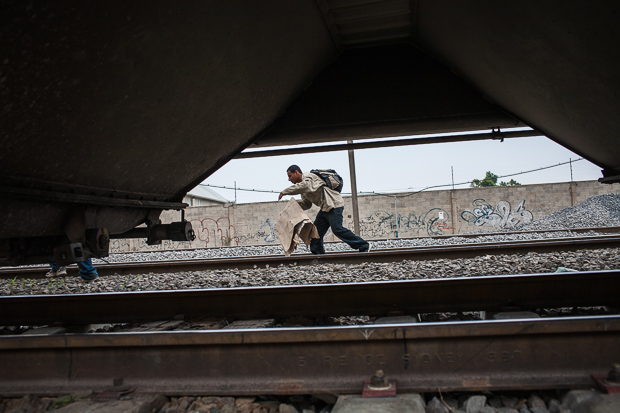 A migrant picks up a piece of cardboard that he will use later to protect himself from the cold while travels on top of the train, in State of Mexico, Mexico, May 20, 2008. 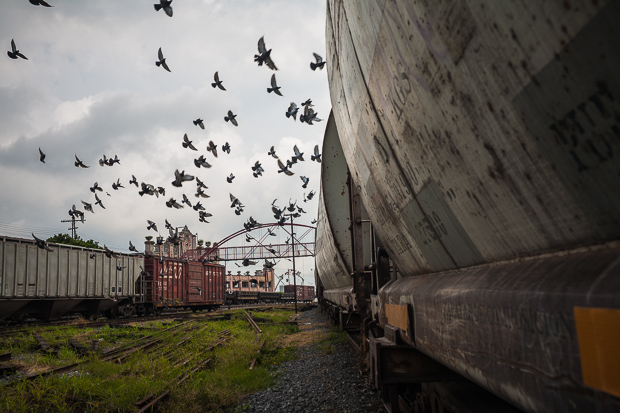 The wagons at the train station are a hiding place for migrants who remain hidden for several days while waiting for the train departure and to continue their journey to the north of Mexico, in Orizaba, Mexico, May 20, 2008. 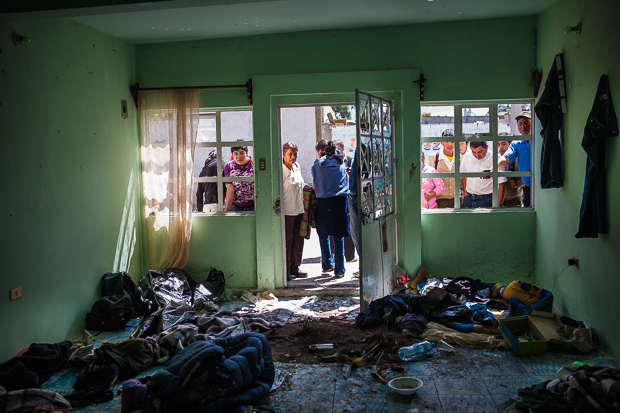 People look inside of a room that was used to hide migrants kidnapped by a group of criminals and the police, in Lara Grajales, Mexico, October 13, 2008 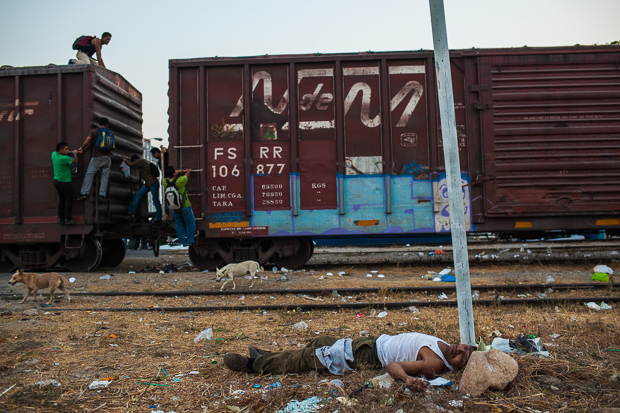 A man is lying down beside the railroad waiting for the train to depart from the station of Arriaga, Mexico, April 21, 2013. 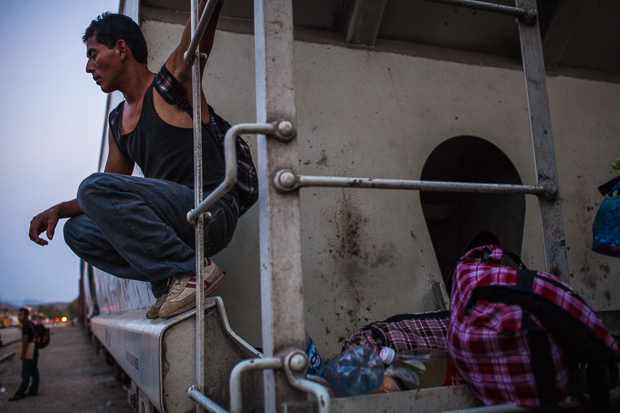 A Honduran waits on the train in the station. He reserves his place when the train arrives to avoid losing it, in Arriaga, Mexico, April 17, 2013. 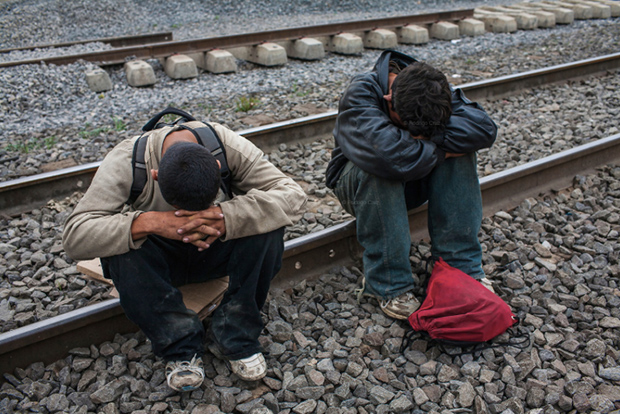 Central American migrants take a break while waiting for the next train in México City, on May 20, 2008. 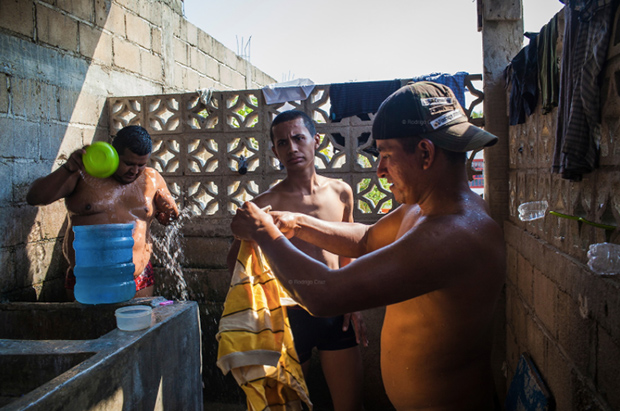 Bilper Espinoza, 28 (left), takes a bath with his roommates in Casa del Migrante. This is his ninth attempt to reach to U.S. He is from Honduras and was part of the police force. Arriaga, Mexico, April 17, 2013. 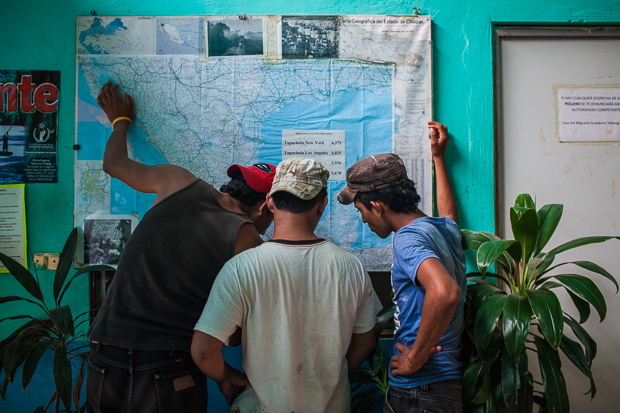 Inside of the Casa del Migrante Scalabrini, three Honduran migrants look at a map of Mexico to figure out the route to reach the United States, in Tapachula, Mexico, February 22, 2013. 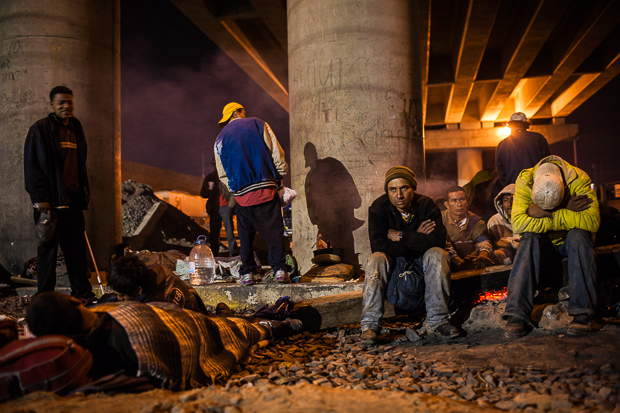 A group of migrants gather beside train tracks under a bridge near to where they have to bear the cold at dawn and be alert when train is getting close, in State of Mexico, Mexico, September 20, 2008. 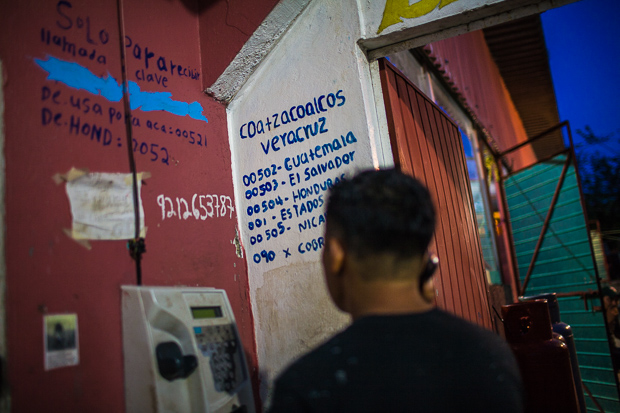 A migrant calls his family in a shelter and asks for money to continue his journey to the United States in Coatzacoalcos, Mexico, on October 5, 2008.