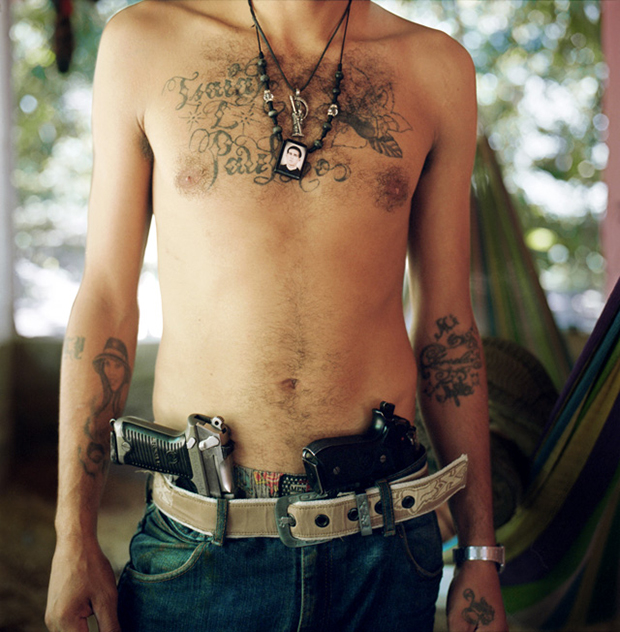 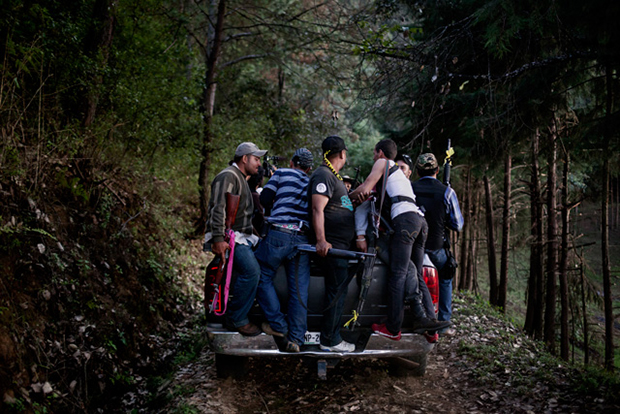 Sparks of light among the generally horrific news about Mexico are woefully rare. Toronto-based photographer Brett Gundlock has captured one such spark with El Pueblo, the remarkable story of Cherán, a small town in Michoacán, whose residents drove out a group of cartel-associated loggers and took back their town.

Up until April 15, 2011, Cherán had been exploited by loggers who were working for a local cartel and trespassing on their land to illegally log the old-growth oak forest in and around Cherán. Doña Chepa, a Cherán local, had had enough. On this April morning, she and other inhabitants barricaded the road and defended their town, resisting gunfire from both the loggers and local police, finally driving them both to relent. Since that day, Cherán has controlled their own government and their own police force. Inspired by the success of the people of Cherán, regular citizens of other local towns created autodefensas—vigilante groups formed for purposes of self-defense—which have, incredibly, succeeded in eradicating cartel activity in this region. Gundlock was kind enough to answer a few questions about his project:

How did you first come across and decide to work on this story?

“My first trip to Mexico was two years ago (other than a family vacation to Cancun in my teenage years.) I was intrigued by how Mexico is represented in our media and viewed by our society. We see such small glimpses of this country that we are so closely connected with. I began traveling through the country with the sole goal of understanding the causes of the current situation. It boggled my mind that Mexico, which has been called a failed state in many instances, shared a border with the most powerful country in the world. To me, that inequality represents a lot of the priorities of our global society.

Vice had just came out with a great documentary on Cherán’s recent revolt and the struggles they were facing. I met with Bernardo Loyola of Vice Mex and he was extremely helpful with my first trip to Michoacaán. The battle for self determination that this community was fighting was very intriguing to me, so I jumped on a bus heading west out of Mexico City and linked up with some local journalists.” 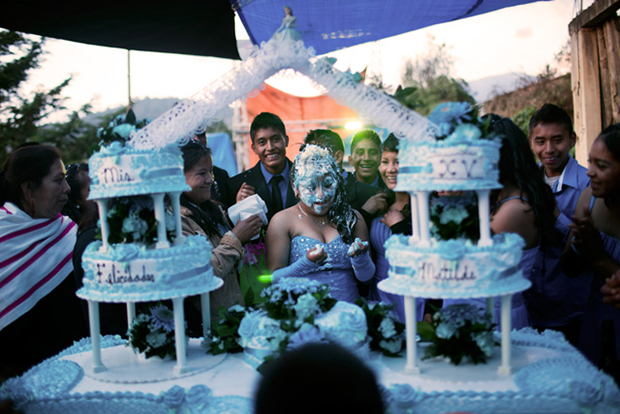 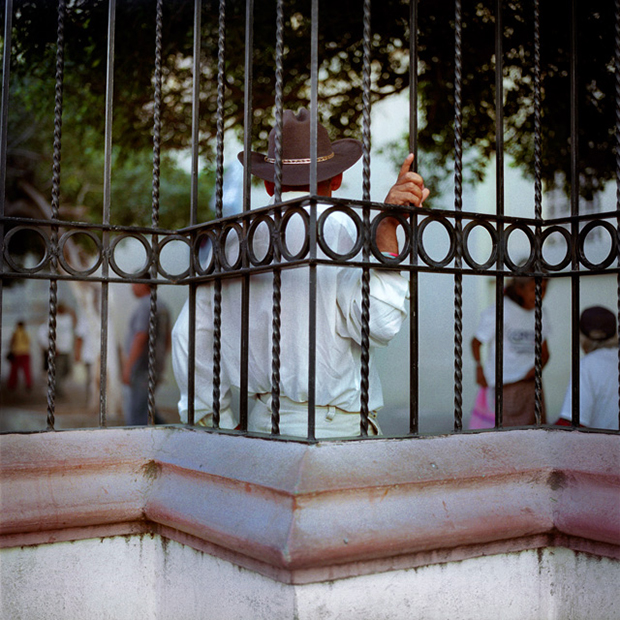 How long did it take for the balance of power in Cherán to shift from the loggers to the pueblo? Was it really immediate as soon as Chepa and her supporters decided to eject them, or did they continue to attempt to log illegally?
“Within hours of the initial confrontation, organized crime (the boss of the loggers was believed to be linked to the cartel, if not a member himself, and associations inside Mexico’s organized crime world get a little blurry), the police force, the government, and bad guys fled. There were two murders in the woods around the town a few months later, which are attributed to the bad guys, but over all they have left the area. It has become a very safe place.” 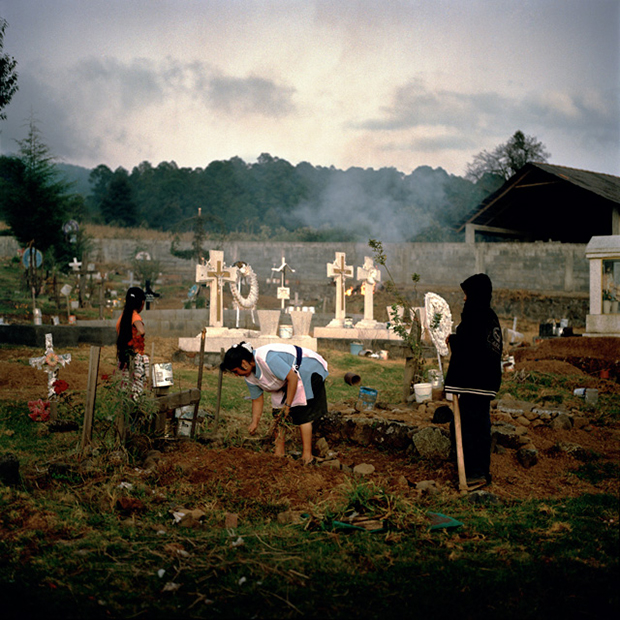 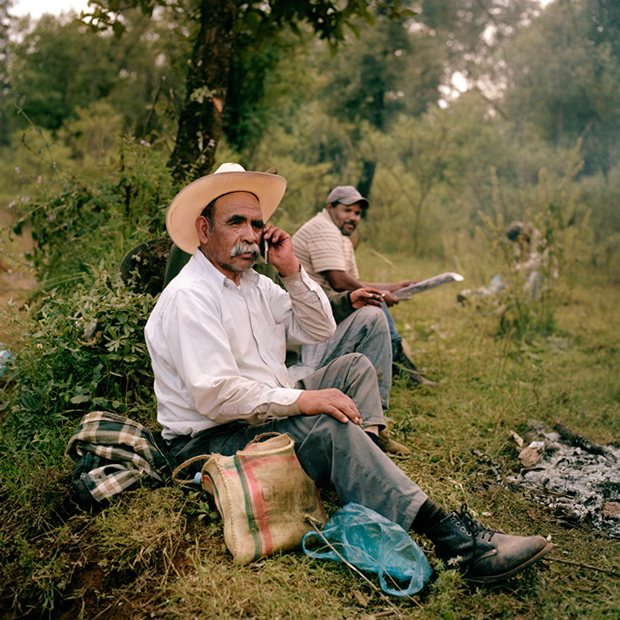 Does the autodefensa work with the police? Is there cooperation, conflict, or both, between the two?
“The Military and the Federal Police have been active for a couple of years and there is some collaboration between them and the autodefensa. The government isn’t quite sure how to deal with them. They have tried to disarm them, which failed. They tried to register them, which didn’t really work either. To sum it up, it is really complicated.

Recently the military arrested Dr. Mireles, the unofficial leader of the autodefensa in the Tierra Caliente region. A fraction of the autodefensa has joined a new police force started by the Government. It is really fractionated right now, hard to say where the situation is going, as the Federal Government also disbanded all local police in Michoacán not long ago. They were so corrupt it was ridiculous. I heard so many stories of people reporting crimes to the police, only to have an assassin knock at the door within the hour.

In Mexico there is this unwritten law called la ley del monte, which basically means that on your land, you are the law. The autodefensa has largely taken on this mentality, that anyone against them is their enemy. My good friend and fellow Boreal Collective member Mauricio Palos is actually exploring the idea of la ley del monte in a very smart project on Mexico.” 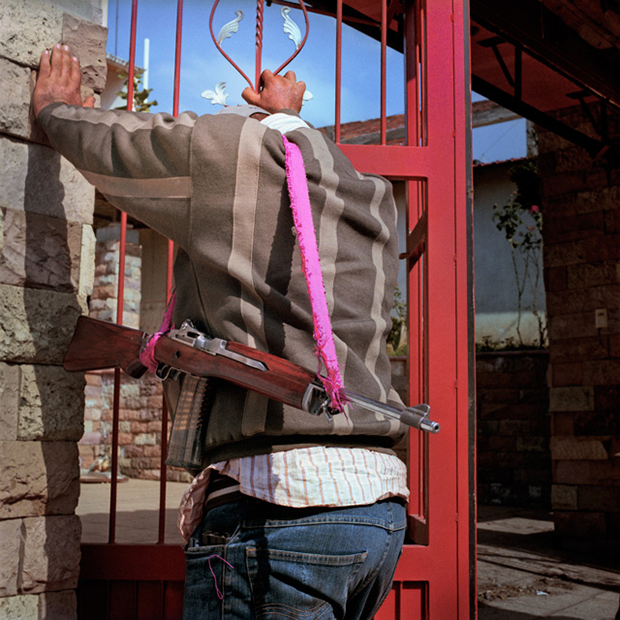 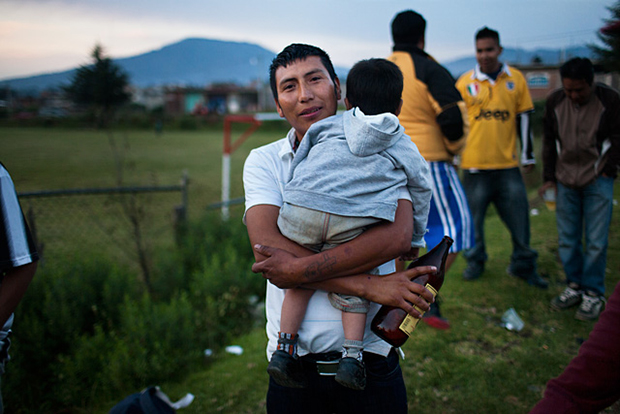 Now that it’s been about three years since the autodefensa has been active, is the state of this and other communities stabilized?
“A very recent report showed the autodefensa holding a very large part of Michoacaán, the majority. Areas liberated by the autodefensa are very calm and peaceful. When we are working there, we know where the front line is and plan all of our travels through liberated areas. It is really quite remarkable how they have pushed the cartel back. But the bad guys have spread to other towns (the autodefensa calls this the cockroach effect).” 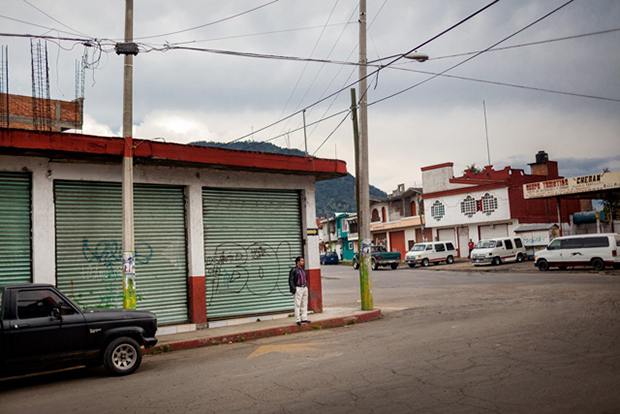 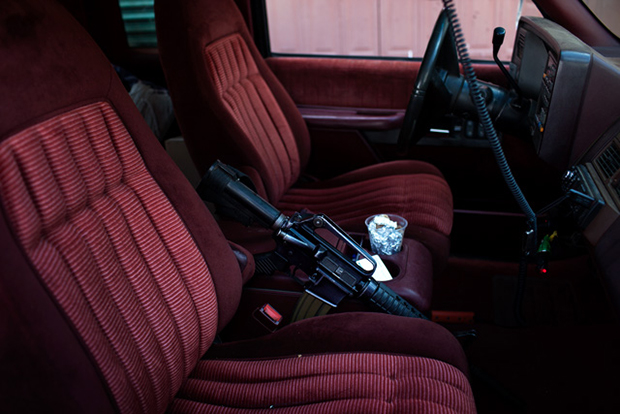 Is there any vetting process for people to work with the autodefensa, or can anyone who likes take part?
“To be completely honest, I don’t really know the answer to this. It is a good question. But from what I can tell, anyone brave enough to put the official autodefensa T-shirt on their back is in.”

What changes have you noticed since 2012?
“The spread from one community to the next of the autodefensa has really been quite remarkable. For a group comprised mostly of farmers and local businessmen, they have charged ahead relentlessly, winning one battle, regrouping and moving to the next community in a quite rapid succession.

The pride of the people has swelled as well. Both within the fighters, but also the community. It has been really inspiring.”

Brett Gundlock’s work is on view through July 26 at G44 in Toronto. Work from the series is also featured in the upcoming, multi-volume Flash Forward Tenth, to be released in September 2014 by the Magenta Foundation. For more, follow Brett Gundlock on Instagram. 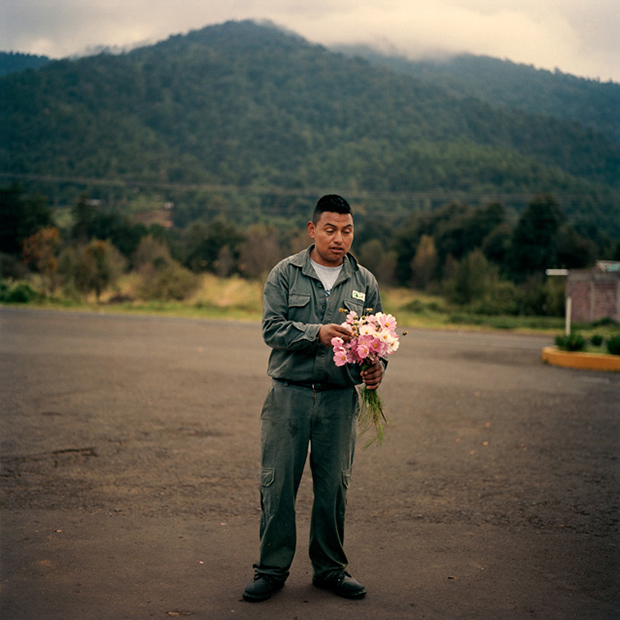 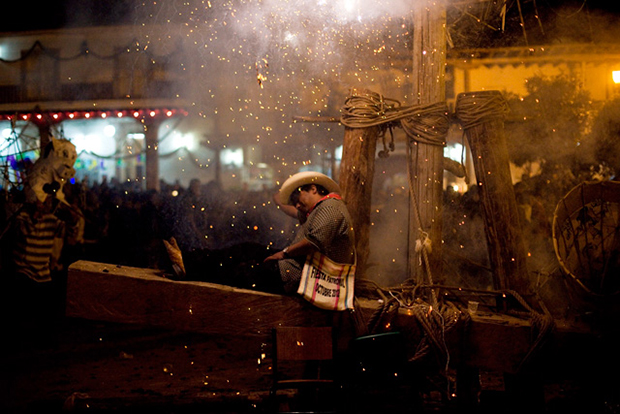 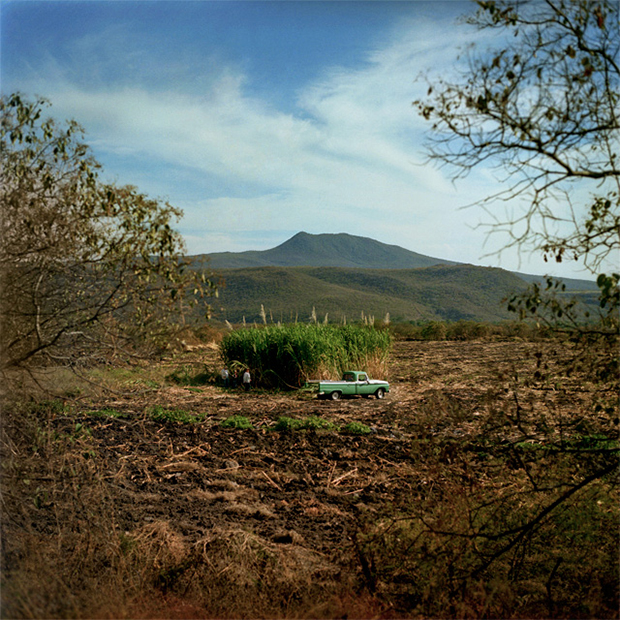 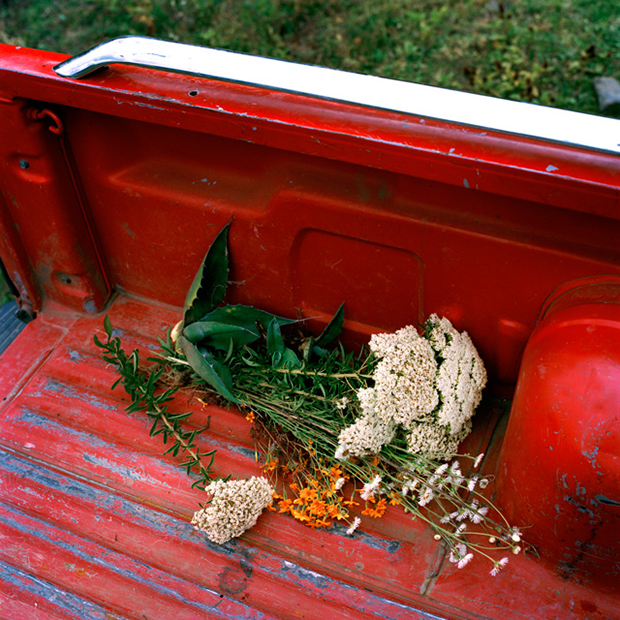 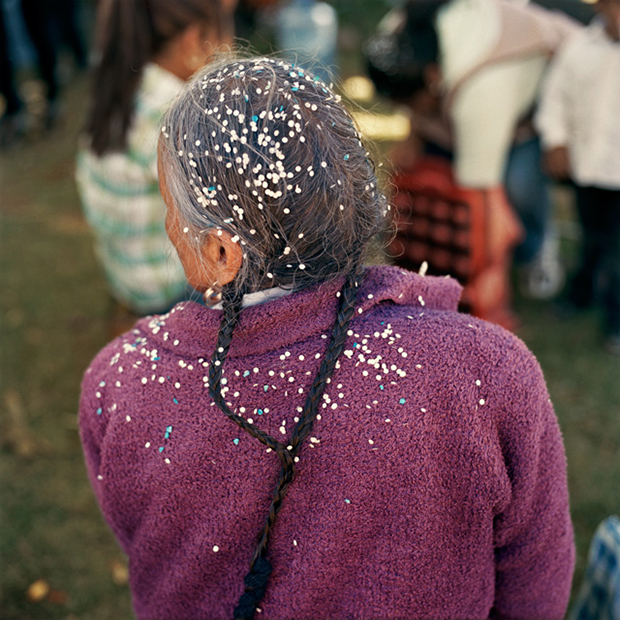