Surreal Photographs of Life in China’s Most Industrialized Cities 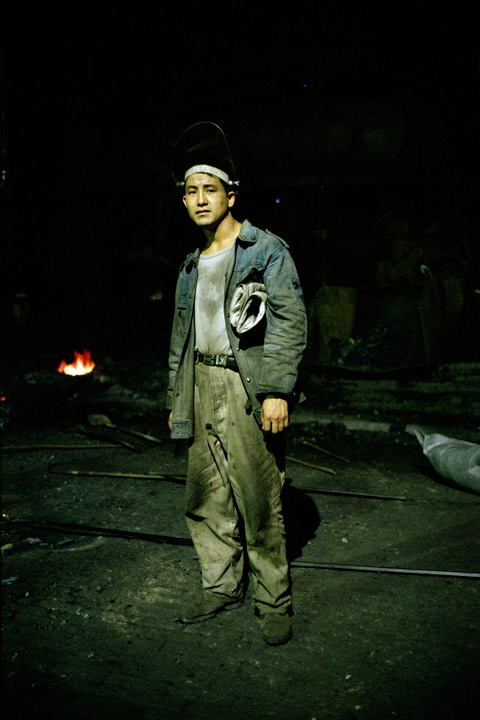 A thick layer of grey ash covers the road leading to an industrial site. The air in the city is acrid and dense. Industrial plants and factories loom out of the haze and disappear once more as one travels beyond the city. Further into the mountains there are sounds of explosions as workers use dynamite to extract limestone for the steel plants. In another valley, not too far away, miners go deep into a pit shaft in the early hours of the morning.—Ian Teh

London-based photographer Ian Teh describes Dark Clouds, his project investigating China’s most industrialized cities, as “an exploration of the darker side of the economy’s bright, shiny facade.” Teh follows Chinese workers in the coal industry, giving us a glimpse into the lives of those that are integral in the development of a nation, but are rarely seen or recognized. 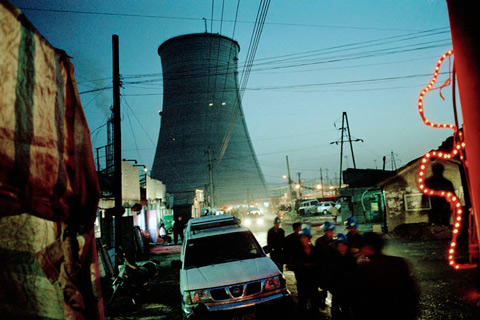 Workers return home after a days work at a nearby coal power station and steel plant. Behind in the distance is a new cooling tower that has just been erected, the station is increasing its capacity. Tonghua, China. 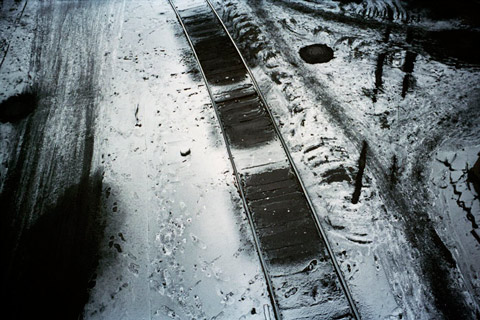 Railway tracks inside a steel plant. Snow mixes with fly ash that settles on the ground from the plant. Benxi, China. 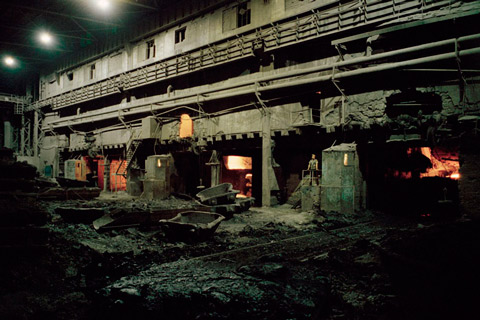 A worker stands outside his observation post at a sinter plant in an iron and steel manufacturing company. Workers at this plant earn 1000RMB (US$100) per month and have one day off every month. A 2007 World Bank report discovered that 750,000 people die prematurely from air pollution in large cities in China. Tonghua, China. 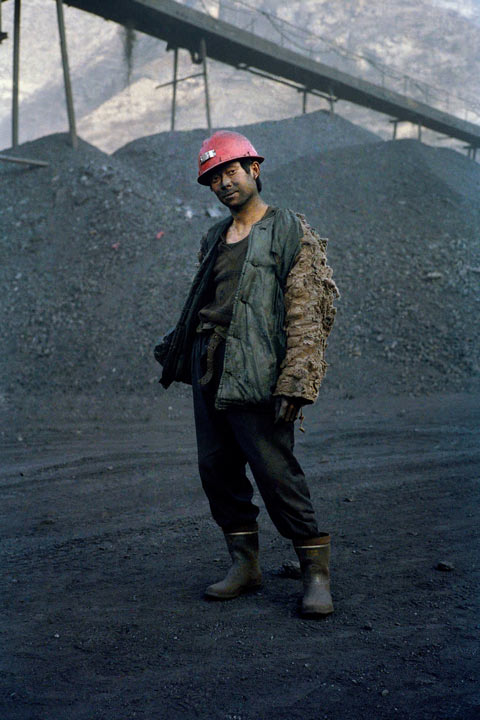 Worker in a small coal mine. China has a total of 28,000 coal mines, 24,000 of them are small ones. Small coal mines are the ones that have the worst safety record. The economy has been developing rapidly and does not have enough electricity to power its economic boom. Given this huge need for power and the existence of so many small private coal mines there are huge problems in regulating the industry. Datong, China. 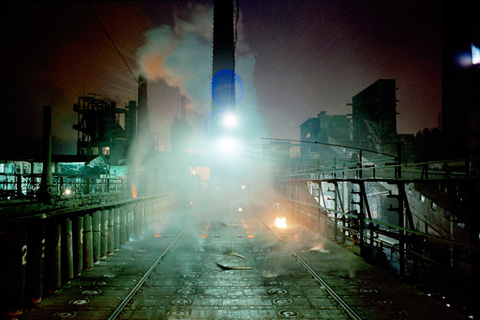 Coking plant. China has overtaken the US as the biggest producer of carbon dioxide, a development that will increase anxiety about its role in driving man-made global warming. However per capita China is still far behind the US and Europe with each person averaging a carbon footpint of 4 tons a year compared to the 16 tons and 9 tons per year by these respective countries. Benxi, China. 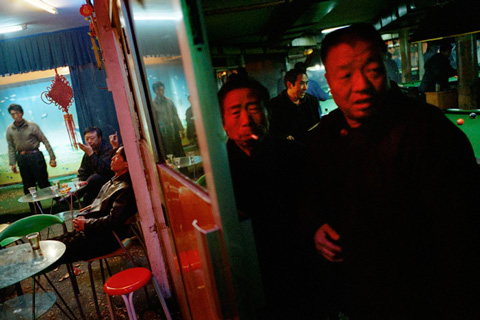 Workers having an evening off at a games hall. Tai Yuan. China. 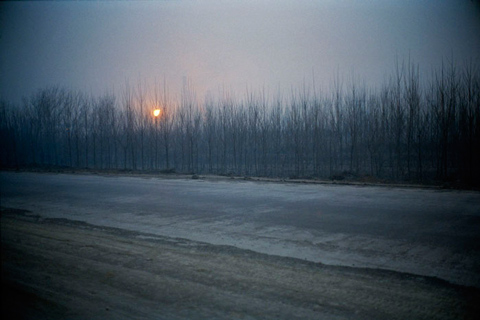 An oil refinery in the near distance belches flames and smoke as dusk sets in. The ground is covered with a layer of ash and dust from this refinery. Linfen, China. 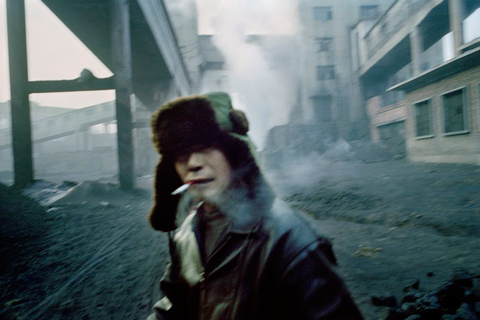 Many miners are migrants coming from rural areas to take better paid jobs. Unlike countries who have a long history in coal mining like the US or Britain, these workers do not have a mining background and therefore have not a developed mining culture. Without this support, the experience can prove isolating for the workers and difficult esspecially in terms of health and safety awareness. The government has problems ensuring that mines adhere to the regulations that they have set out. Smaller mines tend to have the worst safety standards. Datong, China. 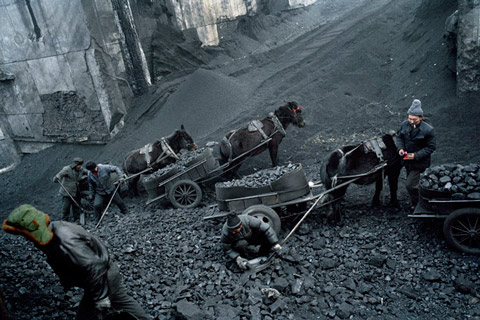 Migrant workers at coal mine outside Datong in Shanxi Province. Datong is dubbed as the coal capital of China and the province Shanxi is the largest producer of coal in the country. China. 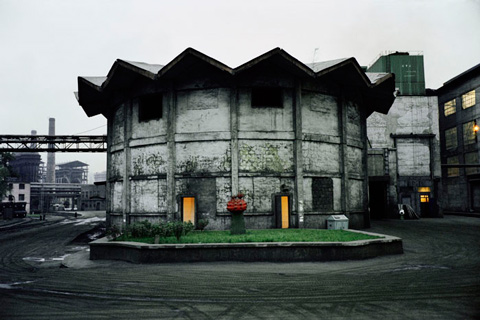 Communal baths. The grounds of this steel plant is covered by a layer of dust from the emissions of the factory. China is the largest producer of sulphur dioxide in the world, a major component of acid rain that comes from the burning of coal. Tonghua, China. 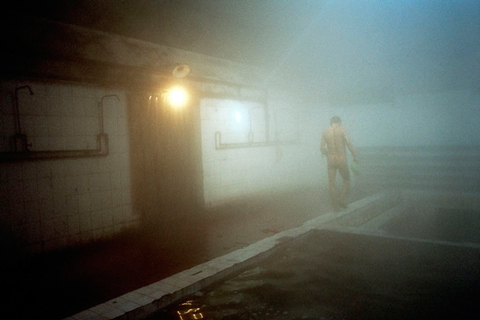 Coal miner in a communal bath at a colliery. Linfen, China. 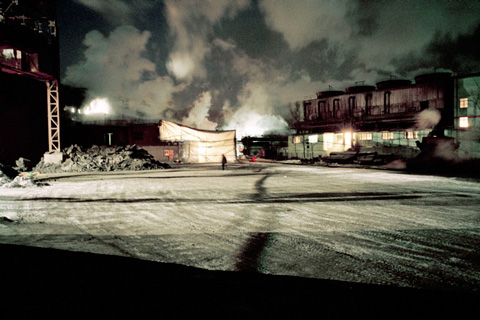 Steel Plant working through the night. On a global context, the manufacturing of steel, generates 70,000 pounds of total waste, all of which requires treatment, recycling, or disposal. Tonghua, China.