Apply to the Ian Perry Scholarship for Young Photojournalists 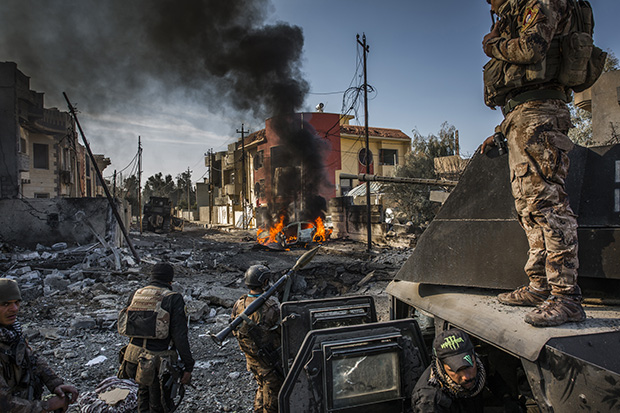 The Ian Parry Scholarship, described by the renowned photographer Marcus Bleasdale as “the single most important photography award for young photojournalists,” is now open for entries. Founded by Aidan Sullivan, former Picture Editor of The Sunday Times, the award remembers Ian Parry, a generous and courageous photojournalist who died in Romania in 1989 at the age of twenty-four. At the time of his passing, Parry was documenting the fall of Communist leader Nicolae Ceausescu. In the last 28 years, the scholarship has served as an enduring reminder of the power of images to herald change.

The Ian Parry Scholarship 2018 includes two awards: The Ian Parry Award for Achievement and The Ian Parry Award for Potential. Photographers who are attending a full-time photographic course and/or aged twenty-four and younger are eligible. Both winners receive $3500 for their proposed photojournalistic project, and the Award for Potential winner will also have one year within the Ian Parry Mentorship Program, run by Bleasdale. The 2018 mentor is the photojournalist and former Ian Parry Scholarship winner Simon Roberts. The Achievement Award winner will automatically be accepted into the list of final nominees for the Joop Swart Masterclass by World Press Photo.

Additionally, winners will exhibit in London in the fall, and following in Parry’s footsteps, they will be published in The Sunday Times. The IPS patron is Sir Don McCullin, and the guest judge for The Ian Parry Scholarship 2018 is the writer, curator, editor, and educator Elisabeth Biondi. Canon will provide equipment to the winners, and The Incite Project, an IPS sponsor, will add the award-winning work to their collection. “[The Ian Parry Scholarship] is a brilliant opportunity to get your work out there and kickstart your career,” Ivor Prickett, a former Ian Parry Award winner and Pulitzer Prize finalist writes. “It is steeped in history and the family of past winners and patrons is a tight-knit community of highly supportive, influential people in an industry where it can often be hard to find your feet when starting out.”

There is no fee to apply to The Ian Parry Scholarship. Applicants submit a portfolio and project proposal. The deadline is July 27th, 2018. Learn more here.