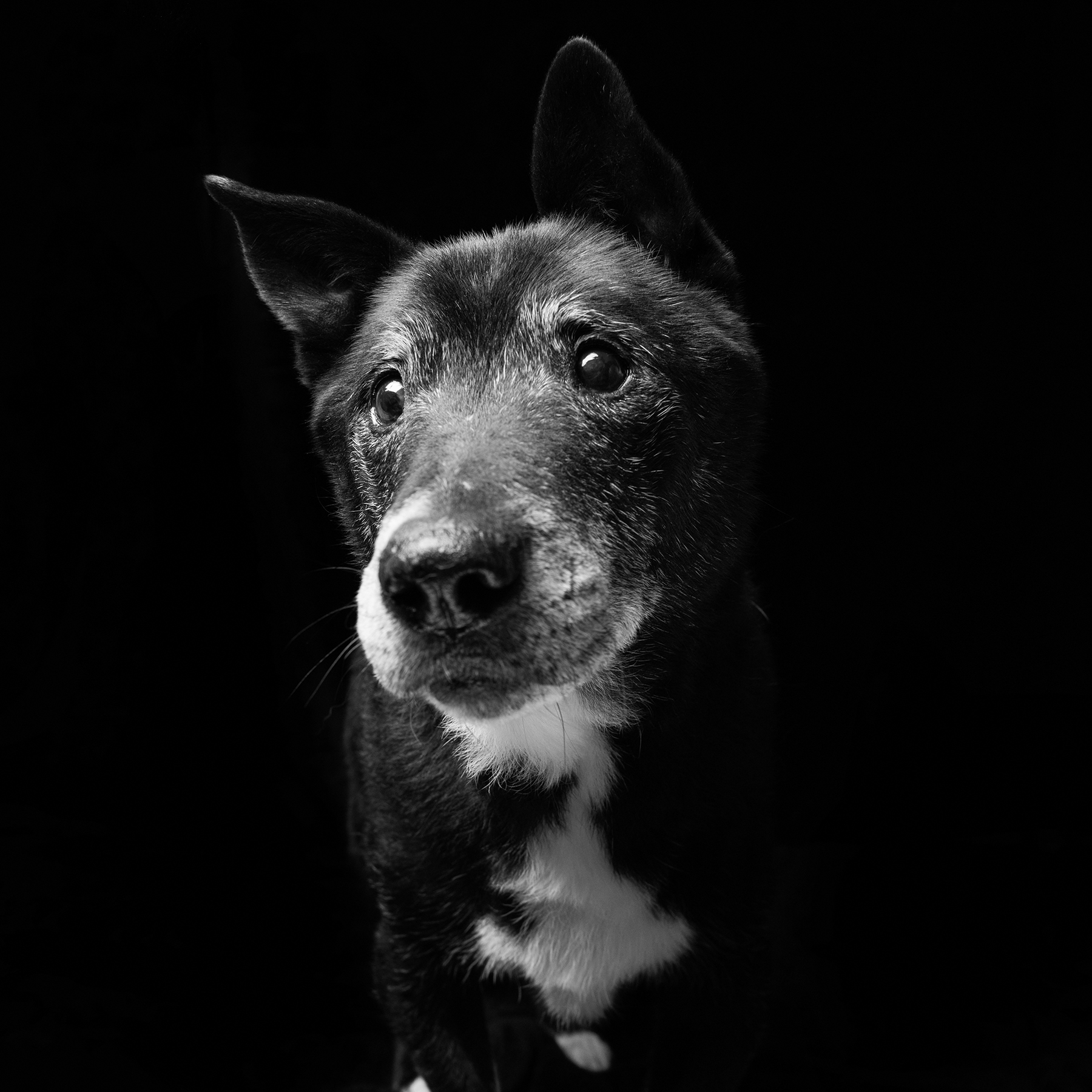 Ollie. Ex stock broker. Made his millions in the Dotcom boom and now spends 6 months of the year on his yacht in Monaco. 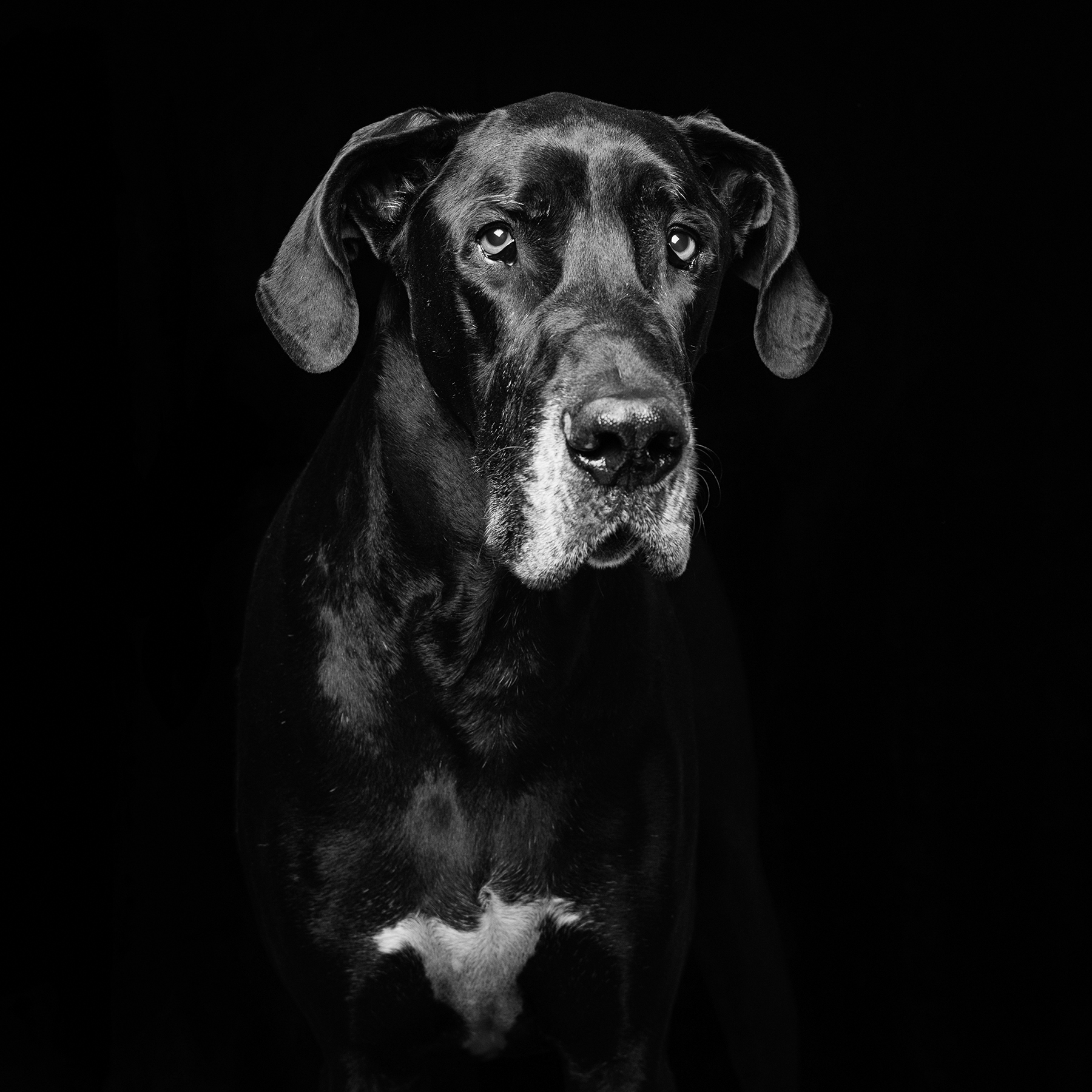 Henry. Enormous introvert. Loves football, has no idea about the rules he simply cheers for the winning team. 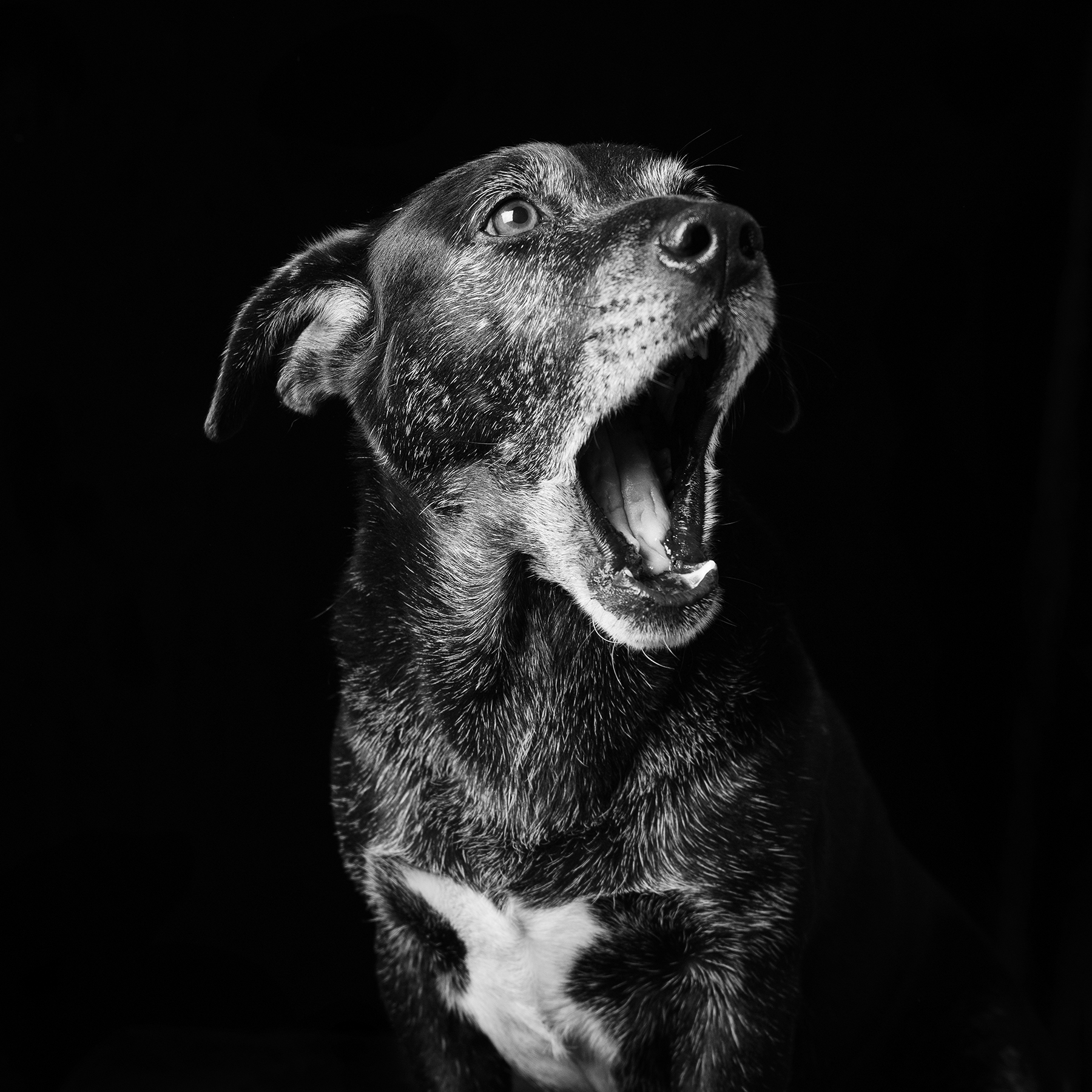 “‘Dog’ was found on the side of the road,” the photographer and rescue advocate Emma O’Brien tells us. The woman who found him took him home for safekeeping, but she already had a house full of rescue dogs. She didn’t intend to keep him, so she named him “Dog.”

Dog’s foster mom devoted herself to searching for a loving home for him–but as the days turned into weeks and the weeks turned into months, no one stepped up to claim him. It’s a story O’Brien has witnessed many times over; after being abandoned and left to fend for themselves, rescue dogs have trouble getting adopted. Often, these dogs are mutts, and black dogs like Dog, in particular, are frequently overlooked and left behind.

There are a few reasons why this could be: black dogs are sometimes misperceived and stereotyped as intimidating, and they can “blend in” rather than stand out from the crowd. “The official term ‘black dog syndrome’ refers to the problem of getting black dogs adopted,” the photographer explains. “They wait the longest at a shelter to be adopted and are the most likely to be put to sleep.”

With the BLACK SERIES, O’Brien hopes to change that. She has six dogs of her own, and she volunteers her time and expertise to local shelters like the SPCA, where she adopted her first dog Jeremy. For this project, she reached out to people who had adopted black dogs of all ages and all shapes and sizes and invited them to her studio for a formal portrait shoot. Accompanying each portrait is a witty caption to express the dog’s personality, written by the artist.

“The shoots took around thirty minutes,” she remembers. “I like to give the dogs a bit of time to sniff around and get settled before I start to photograph. Treats and toys are an absolute necessity, I also have an app on my phone that makes squeaks and noises that dogs like, I can also do a very good cat ‘meow.’”

The dogs were naturals on set, and even Ollie–a senior who has gone deaf and partially blind–pulled off his pose like a champ. But it wasn’t just the dog’s personalities that touched the photographer; she was also moved by the connections they shared with their humans.

“I frequently had people telling me that their rescue dog appeared in their life at just the right moment and that their lives have been made all the better for adopting,” she remembers. “Nancy was with her dog mom through a painful divorce.

“Casper was only adopted two months before his shoot (at the grand old age of 8), and his mom told me that he’d been incredibly quiet up to the morning of the shoot when he did a little bark. I saw them again a couple of weeks ago, and he’s come out of his shell so much that if he’s left at home for even five minutes, he howls!

“The commonality I see with all of the BLACK SERIES dog parents is how happy the dogs make them.”

Of course, these dogs are the lucky ones. There are others who don’t find homes and don’t make it out of the shelter system. “I’ve photographed dogs at shelters who’ve not been adopted and have ended up being put to sleep,” O’Brien says. “Shelters often get abused and attacked when they euthanize dogs, but when there’s constant influx of new unwanted dogs, they only have so much space.”

The solution lies spaying and neutering our pets and choosing to adopt rather than buy.

O’Brien’s photographs aren’t your average cute dog portraits. They’re meant to be exhibited on a large scale, and in all of them, the dogs’ gaze remains direct and unwavering.

“My biggest influence has been the work of W. Eugene Smith,” the artist tells us. “The way he used his photographs to share important stories and issues with the world was something I aspired to do from the start of my photography career. The only way things change in the world is if people know about problems and are shown a way that they can solve them.”

The dogs–and the humans who save them–inspire her to continue with this work, even when it’s emotionally challenging. For every heartbreak, there is also a powerful ray of hope. ‘Dog,’ the black dog found on the side of the road, ended up staying with his foster family after all–and he isn’t going anywhere.

“His name was upgraded to DOGG, as in Snoop,” O’Brien says. “He’s become an integral part of the family. I think DOGG brought with him lessons of persistence, patience, and unconditional love.” 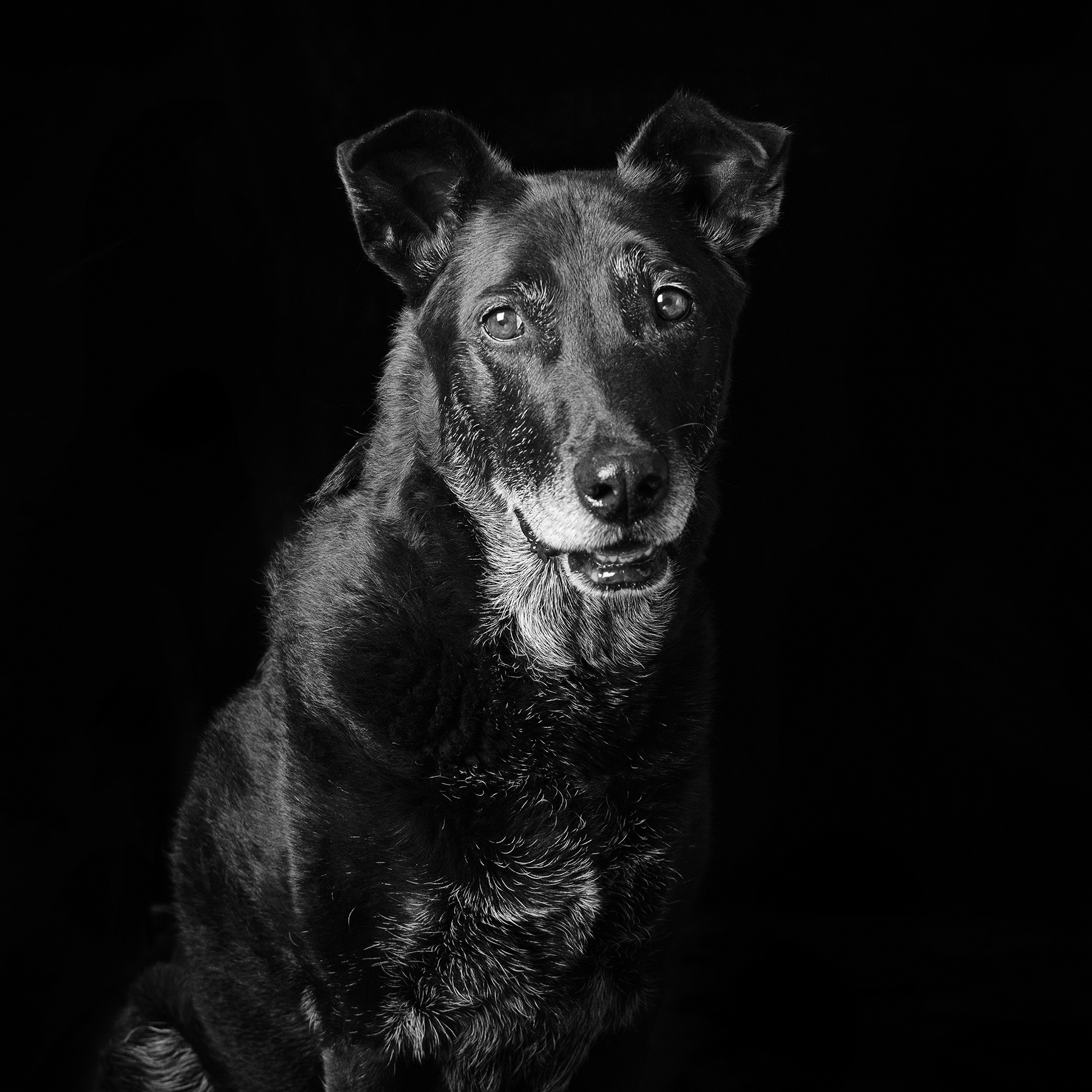 Pest-O. Celebrated her tenth birthday just before the shoot. Her official age, however, is four and a half. She’s waiting on an appointment with her stylist. 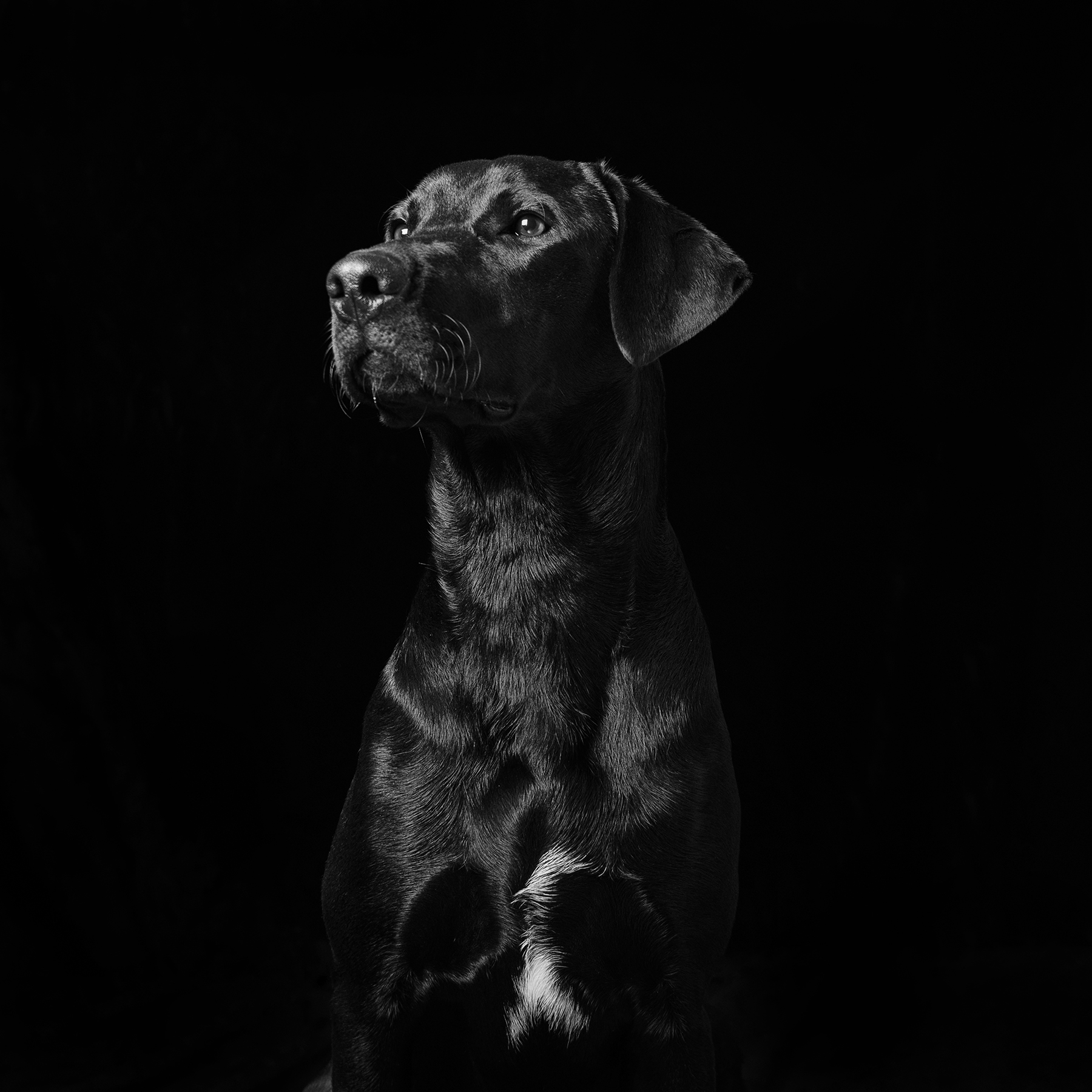 Truffle. Part of an ‘oopsie’ litter but insists that he’s full pedigree. Still thinks this shoot was for Country Life magazine. 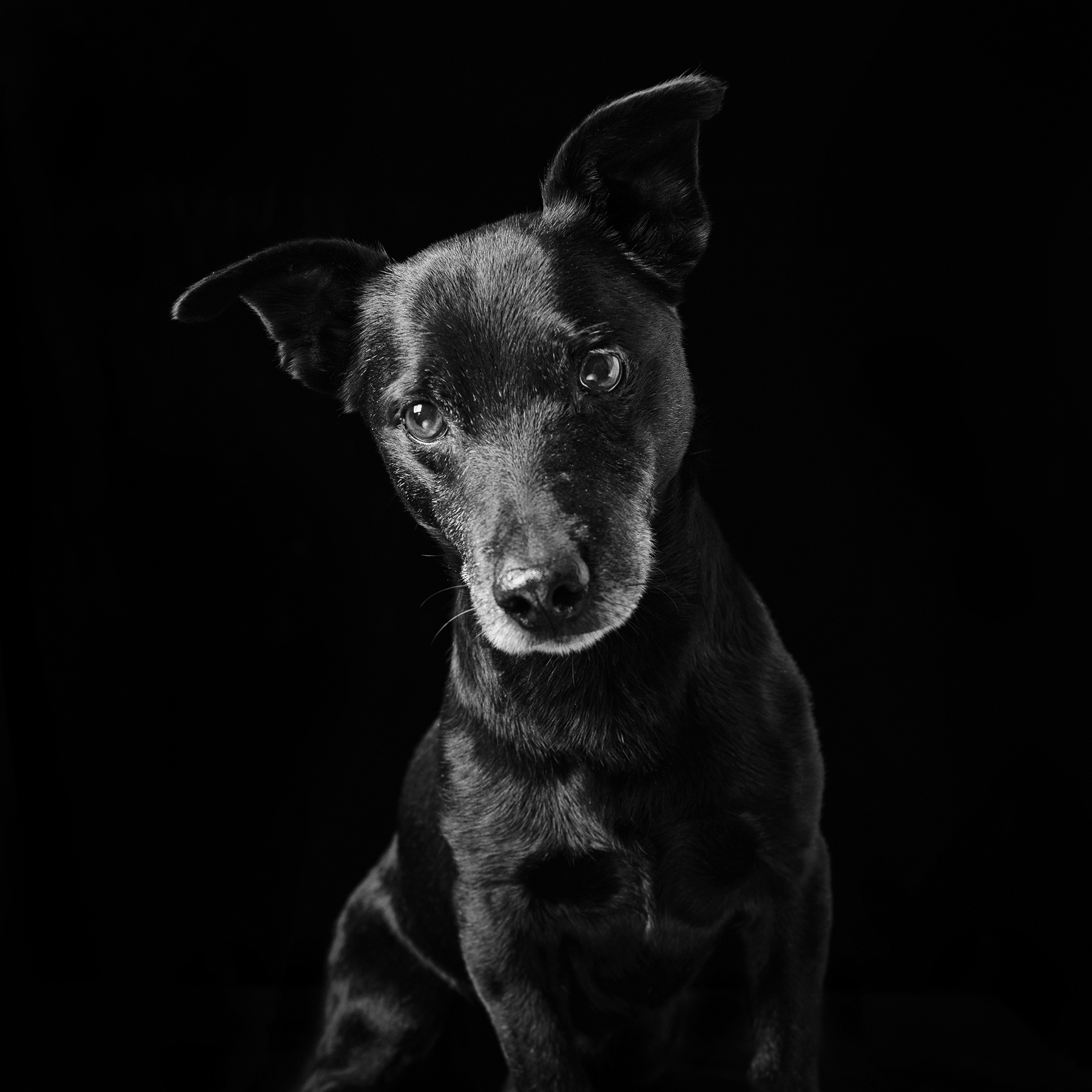 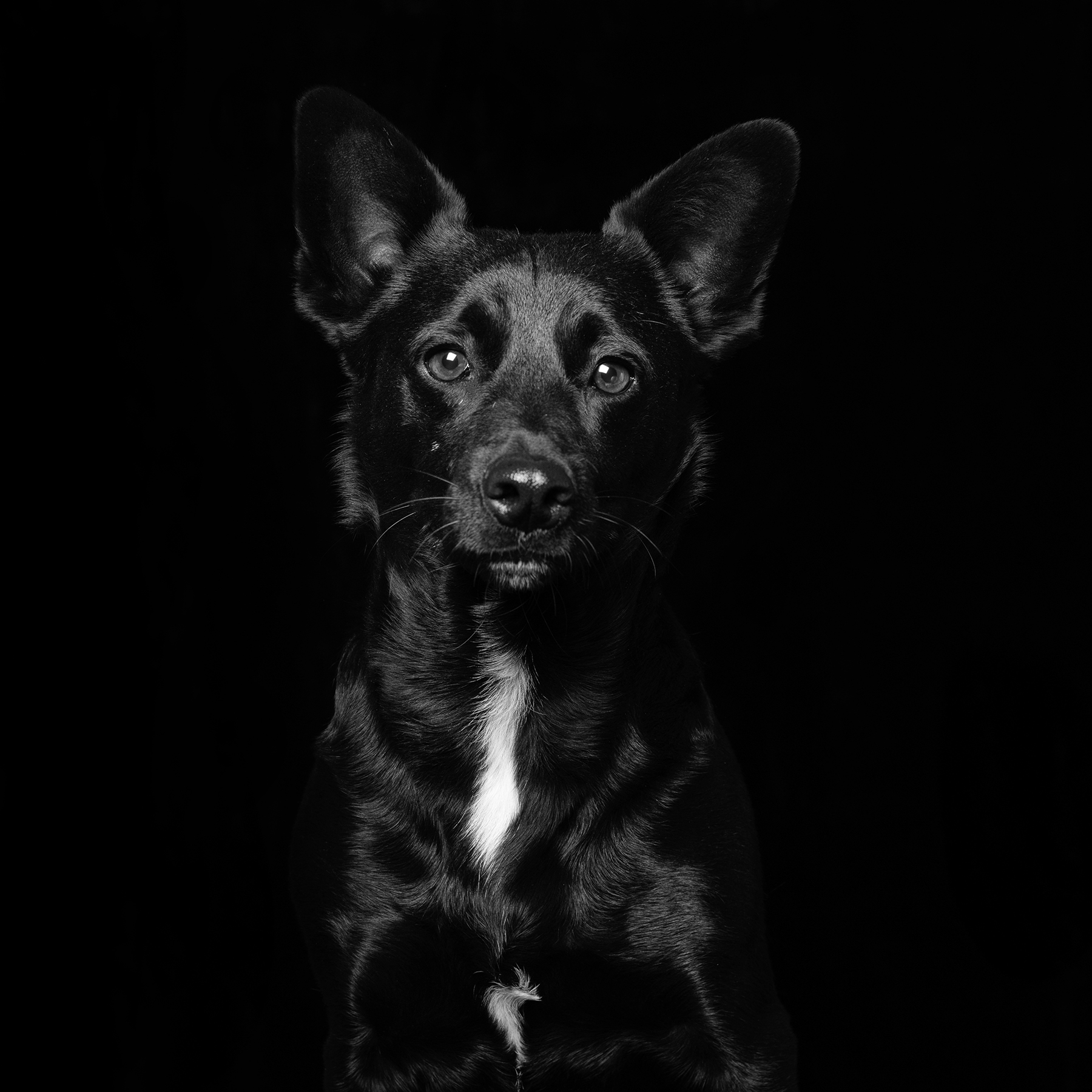 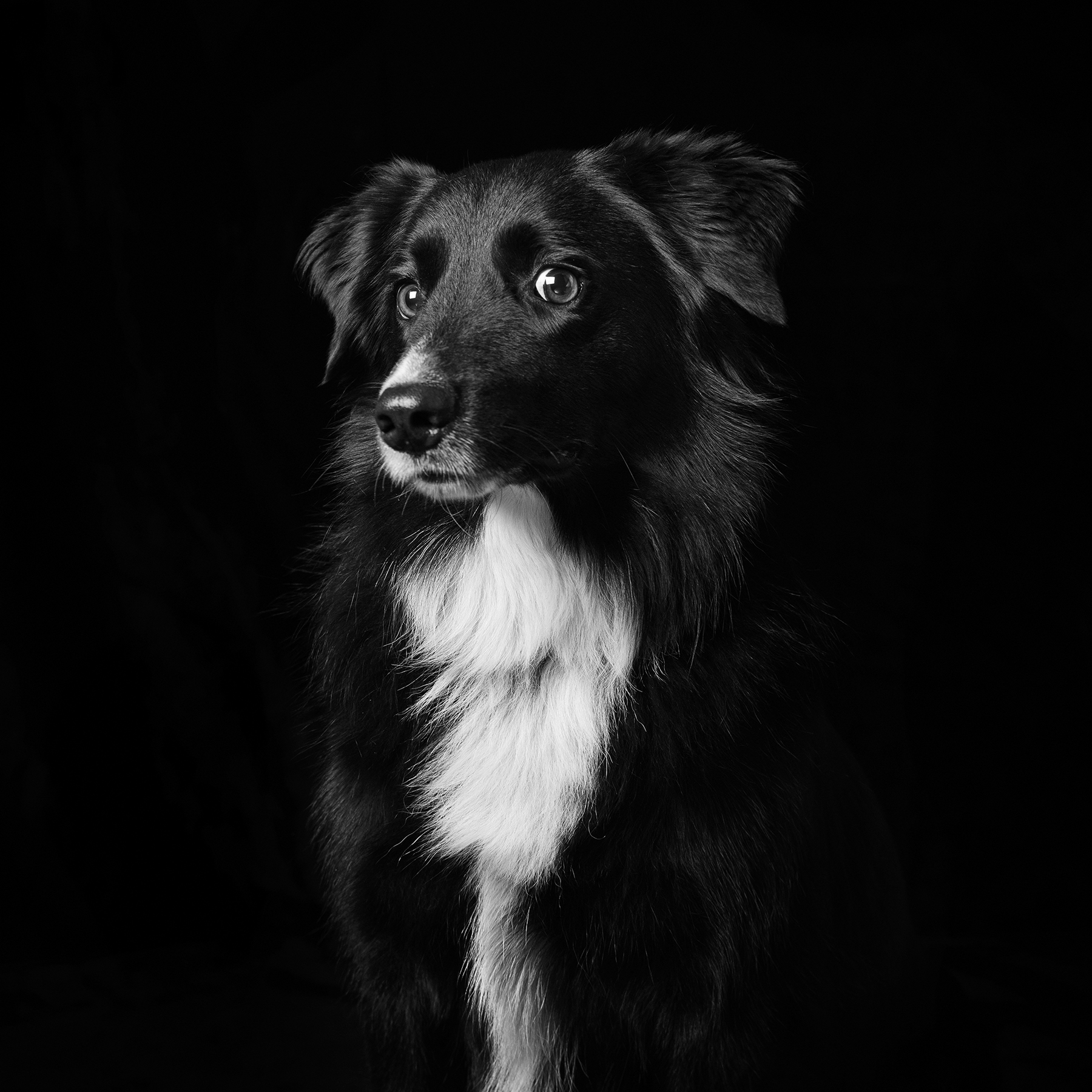 Guinness. Judgemental as all hell. Found living under a trailer but is in no way trashy. 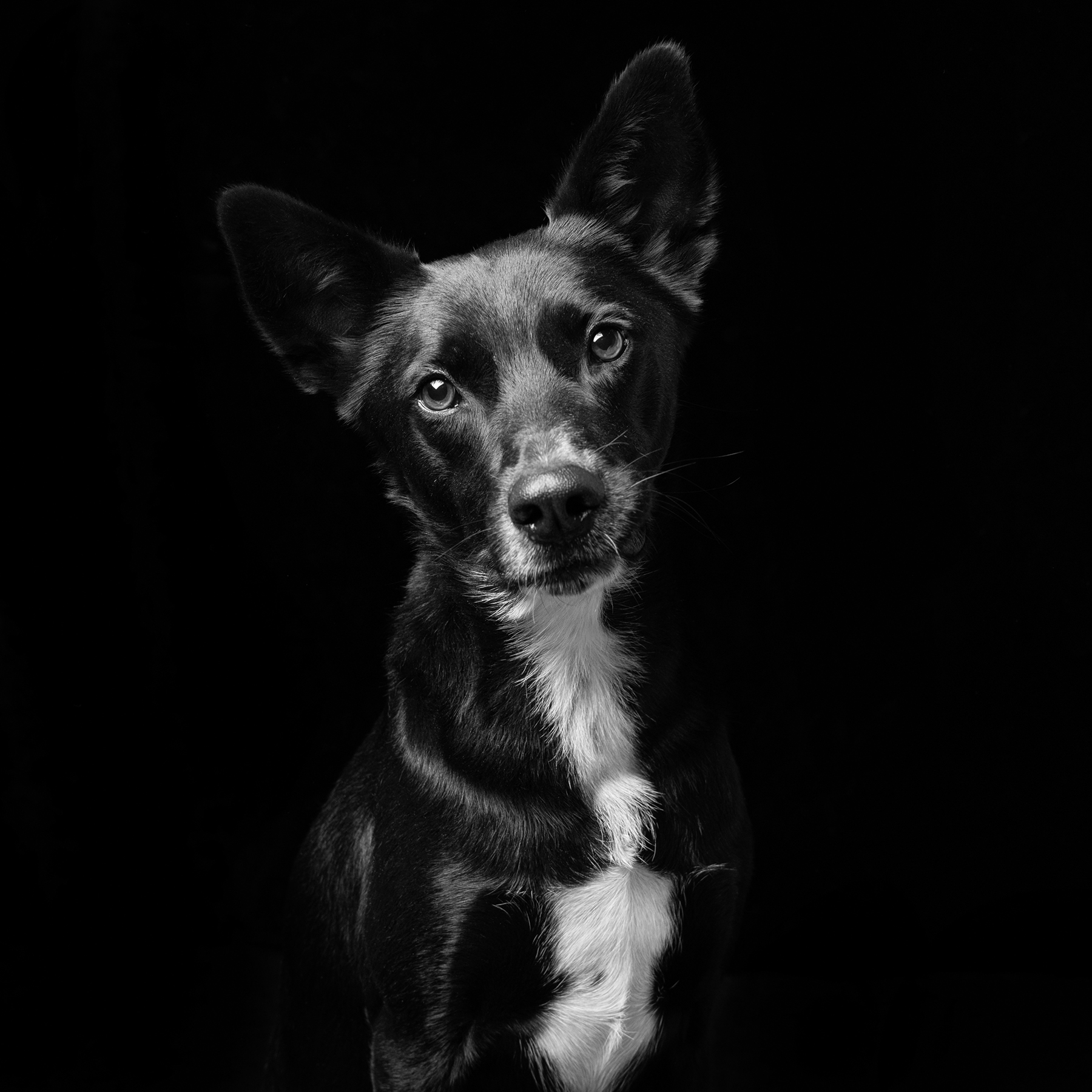 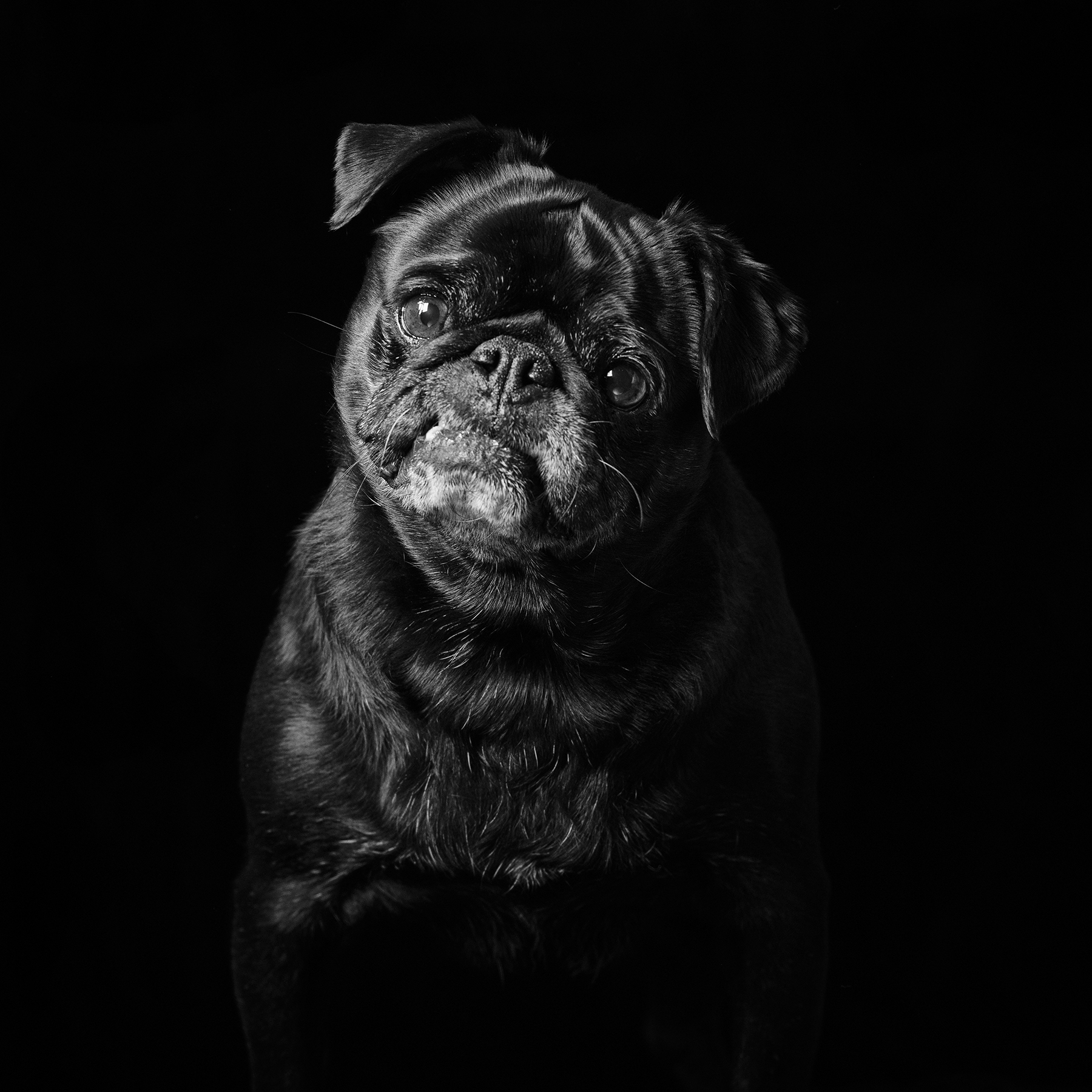 Nancy. Slightly needy, snorer of note. Sheds so much that her mom now dresses like Batman. 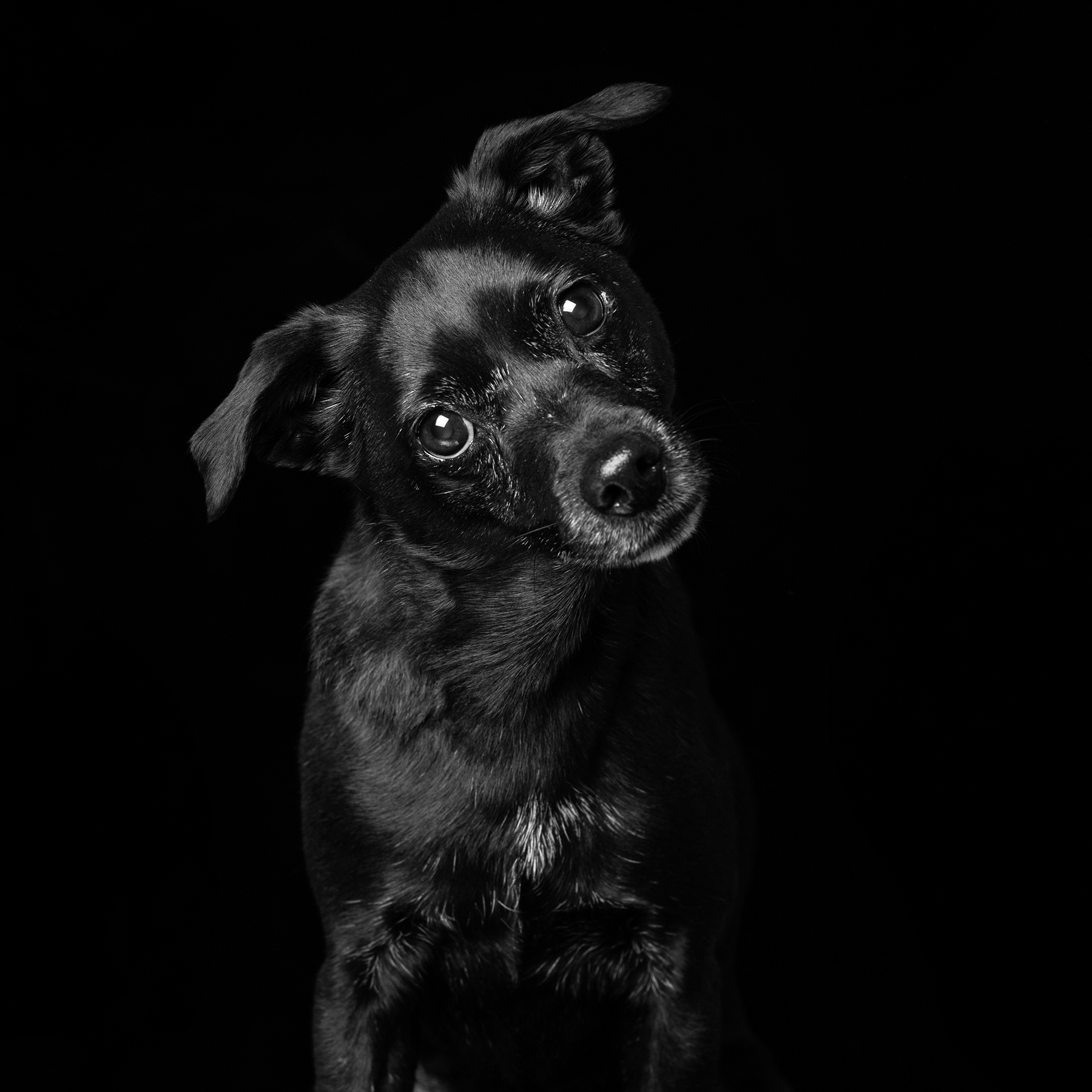 Timmy. Believes that sharing is caring. Eats ice cream straight from the tub and doesn’t care about double dipping the spoon (that’s information he keeps to himself at dinner parties).