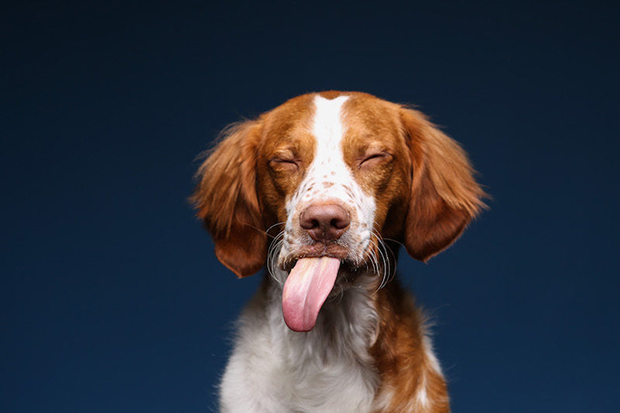 It all started with Bailey, a velvety rescue dog who salivated at just the thought of peanut butter. Years ago, in an attempt to get her to take the perfect photograph, Bailey’s human, Cleveland-based photographer Greg Murray, bribed her with her favorite treat, and accidentally embarked on what would become the international sensation For the Love of Peanut Butter.

Though Bailey has sadly passed away, the memory she leaves behind are ones of joy and delight. Murray has photographed more than one hundred dogs reveling in rich spoonfuls of peanut butter—all natural, of course, and always without the ingredient xylitol, which is poisonous to dogs. The peanut butter shoots take up only about ten minutes, since the tasty morsels elicit such expansive gestures from even the most serious and dignified of dogs.

In honor of Bailey, Murray also uses his platform to advocate for dog rescue. Most of the dogs featured in the upcoming book, funded by Kickstarter, were homeless at one point or another, waiting to be adopted into happy homes. Some, like Kingston the Rottweiler at R.E.AL. Rottweiler Rescue, are still looking and are available for adoption.

Since he soared to stardom, Murray has been booked by dogs of all kinds, but conversation with Levity Tomkinson of BarkPost, he admits that pit bulls and pit bull mixes might be the most special to him, since they are so often misunderstood. One of his most memorable heroines is Mama Gris-Gris, saved from overbreeding and from euthanasia. At fifteen, she has grayed around the face, but her life is only getting better.

No matter how much recognition the now-viral project receives, the photographer will always remember where it began. A large print of Bailey’s peanut butter portrait still hangs right at the entranceway to his home.

Check out Murray’s Kickstarter to reserve your copy of For the Love of Peanut Butter. 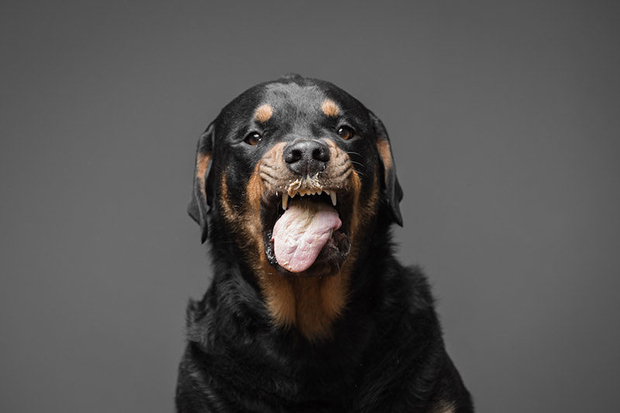 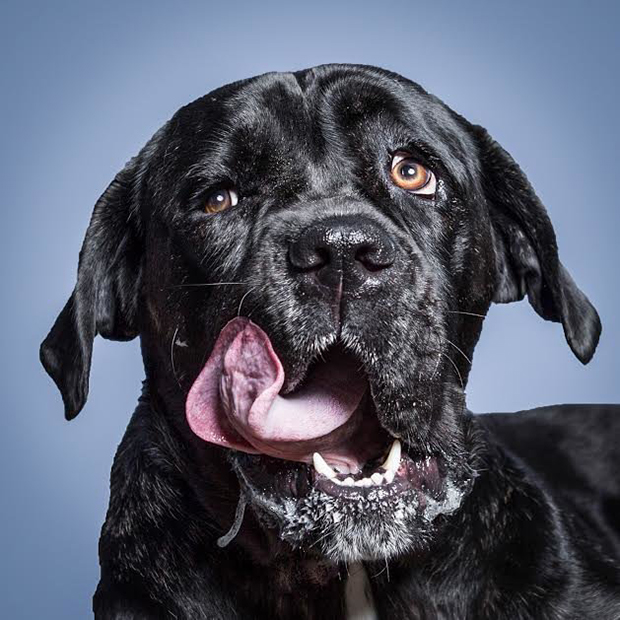 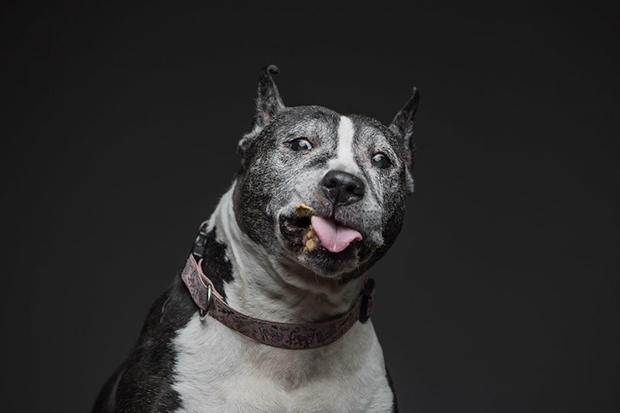 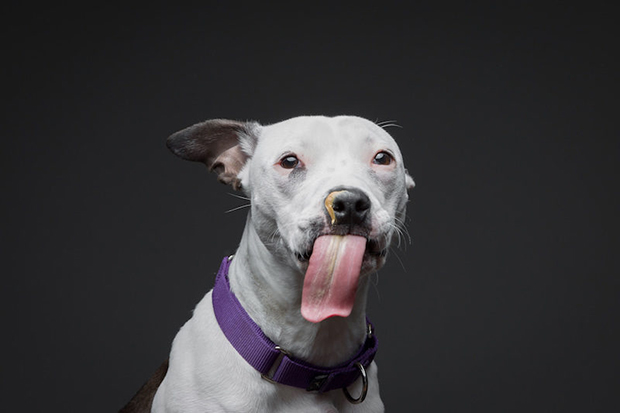 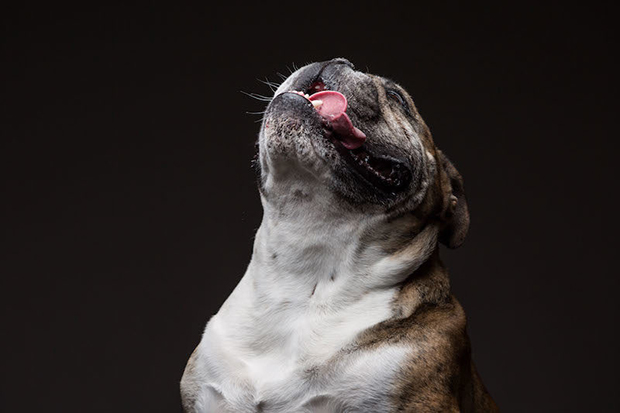 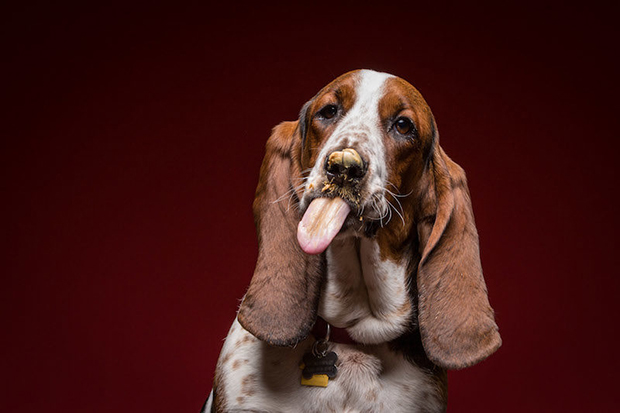 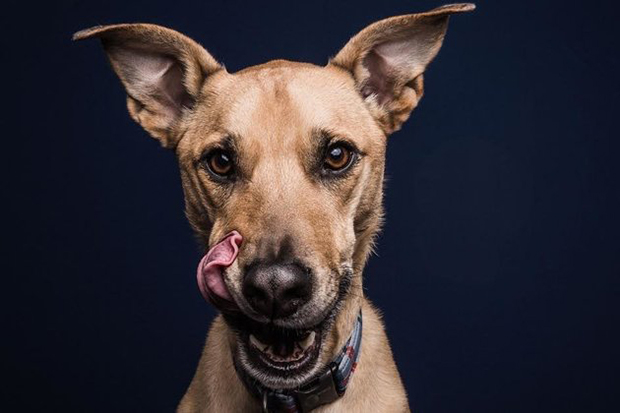 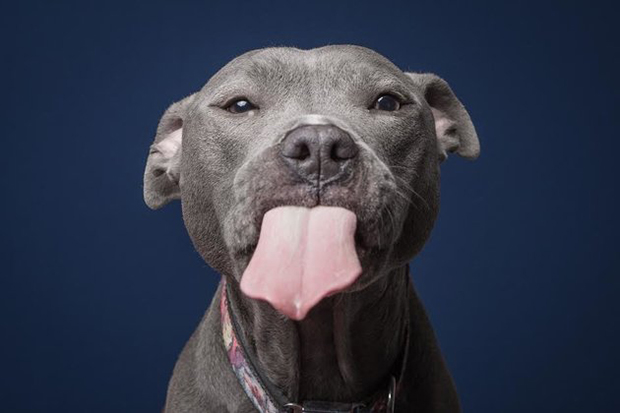 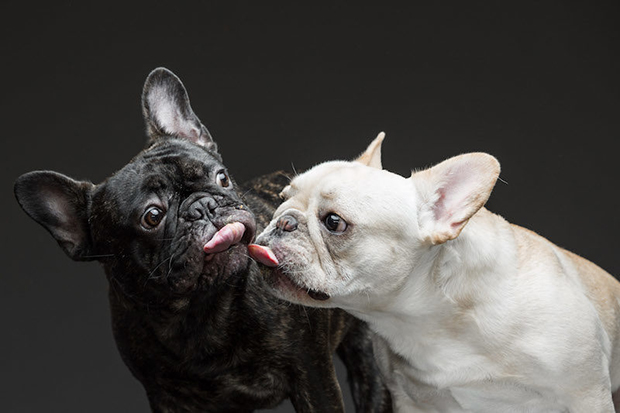