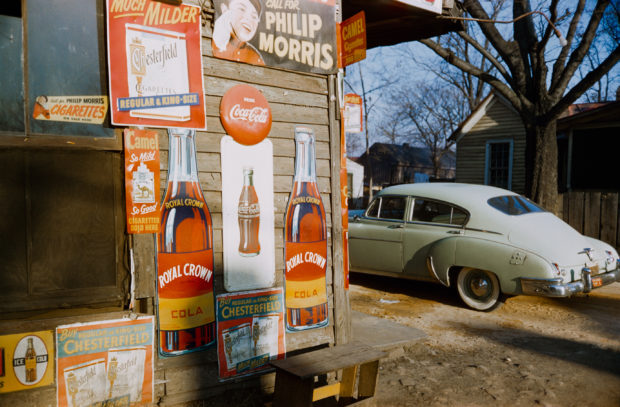 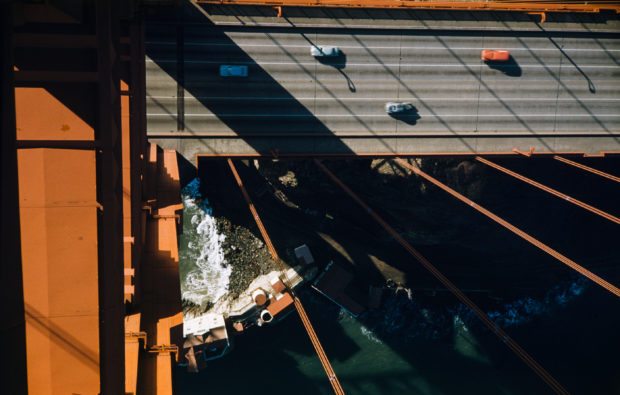 The Golden Gate Bridge from above, San Francisco, USA 1953

Magnum photographer Werner Bischof (1916-1954) arrived in the United States a year before his death and spent 1953 traveling across the continent. His series USA, currently on view at David Hill Gallery in London through July 26, 2019, is a vivid portrait of the nation as it rose to become a global superpower.

While most of his contemporaries were firmly entrenched in the tradition of black and white, Bischof broke free, using color to capture both the mood of a place and the quality of life, creating lyrical poems of extraordinary nuance and depth. The exhibition features a selection of 25 photographs that reveal his experiments in color and motion to capture the sensations of being in a rapidly modernizing country possessed with entirely too much faith in itself.

Writing in his diary in 1953, Bischof’s recorded his immediate impression of New York City as a “mechanized” and “numb” existence. “Now I realize what Chaplin’s Modern Times was really about,” the Swiss photographer revealed, recognizing the inherent dehumanization of the capitalist enterprise.

On outsider in a foreign land, Bischof used his feelings of isolation and alienation to paint a picture of an eerie, dystopian land. People are shadowy figures, symbolic avatars for the idea of life, strip mined of identity and ever-replaceable. It’s a telling observation about a country that prides itself in the pursuit of happiness, of an unbridled faith in individuality and exceptionalism.

Instead, Bischof sees what the marginalized already knew: America’s rise to power is predicated on the consumption of human capital. It’s a truth just hitting the privileged hard in 2019, but more than 60 years ago Bischof saw the truth. America is a monument to itself: the decimation of a landscape, the destruction of its peoples, and the ever-present reality of corruption and theft all to build monuments to itself.

In Bischof’s USA, the nation is reduced to its deepest core: a series of constructions that over time are abandoned in favor of something more. That more is the belief that consumption, under the guise of ideology, is in itself enough. It’s an eerily prescient portrait of a nation that shamelessly feeds upon itself —just like Kronos devouring his children in a sordid and hapless attempt to alter fate. 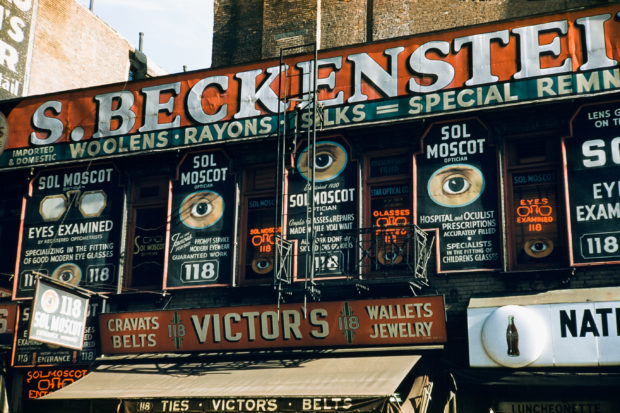 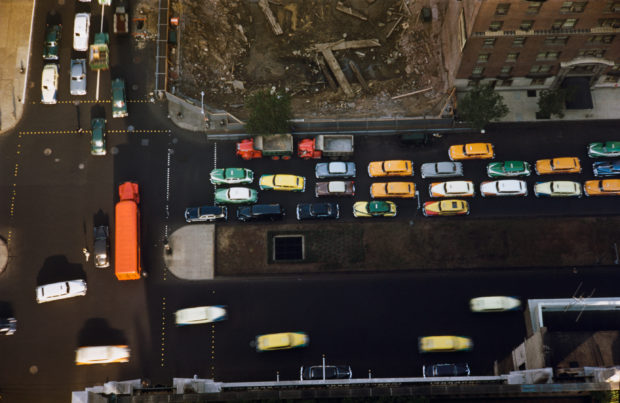 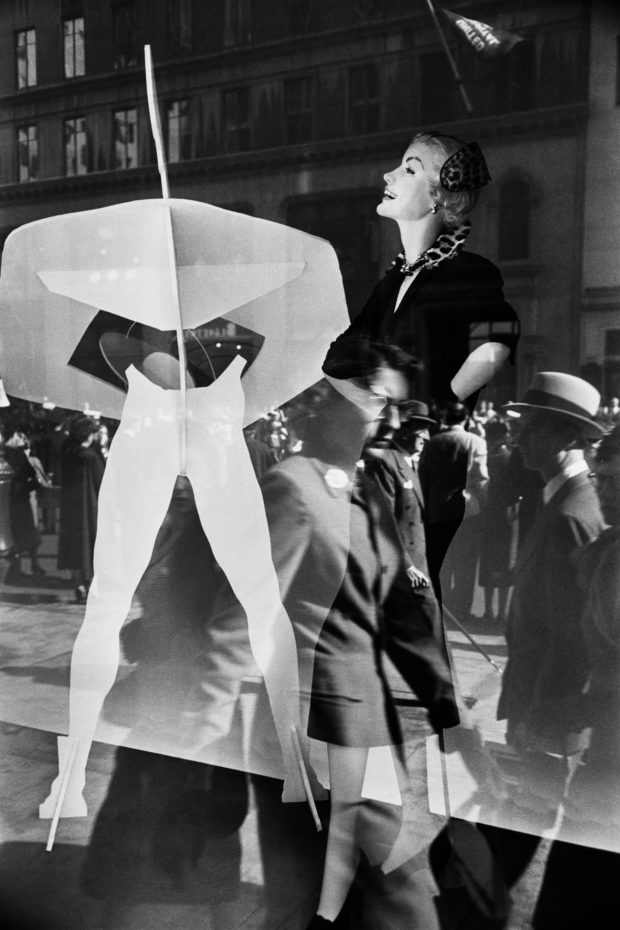 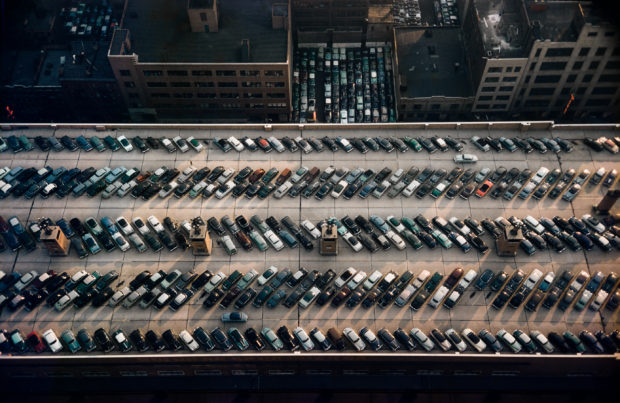 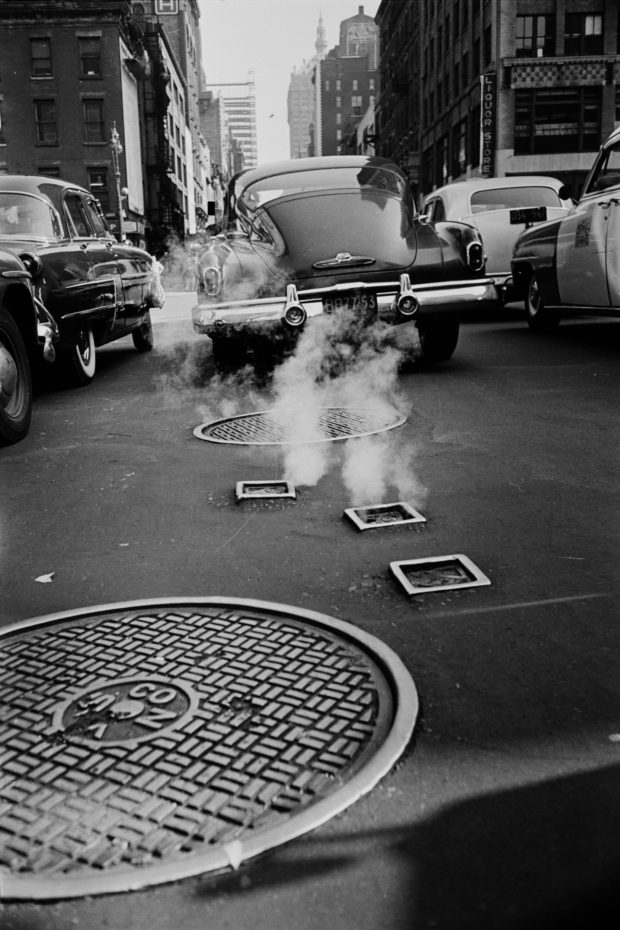 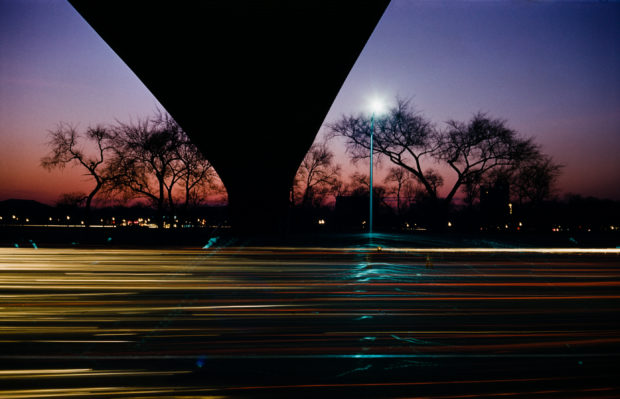 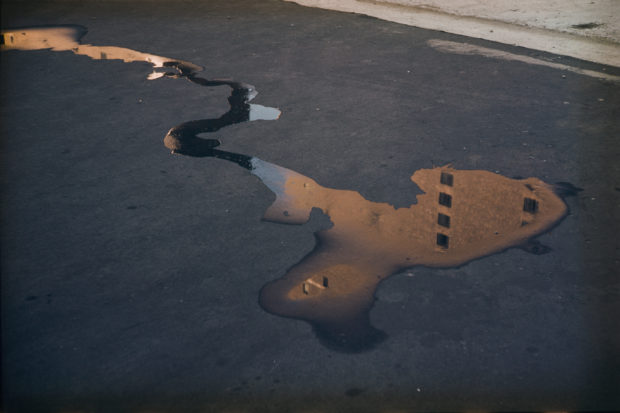