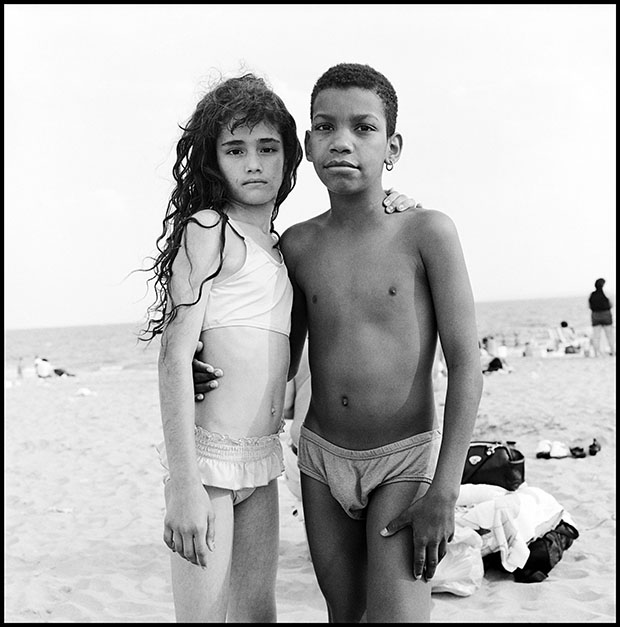 Alessandra Sanguinetti. USA. Brooklyn, NY. 1992
I took this photograph, “The couple” in the summer of ’92. That was long ago when everything and everyone still felt endlessly fascinating and mysterious, and when photography was the only way I could take it all in. I’d left Buenos Aires to spend the summer in Brooklyn with my grandfather and spent every day roaming the city taking pictures and hurrying back home at night, excited to develop the film in the blacked out laundry room. I distinctly remember uncurling the wet film this frame was in, seeing it and being in awe at how a portrait could transcend anything I had seen or intended. —Alessandra Sanguinetti 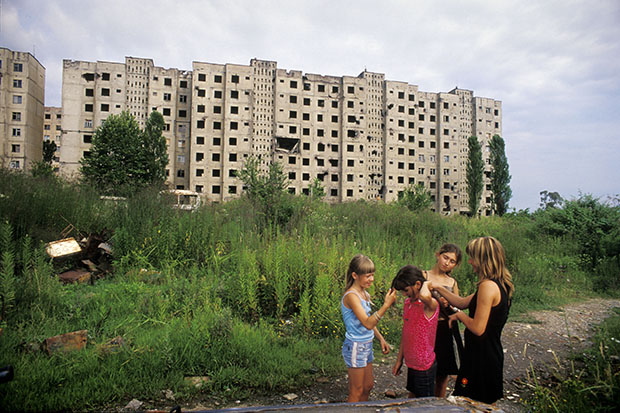 Jonas Bendiksen Georgia. Abkhazia. Sukhum. 2005.
One of the absurd things about photography is the amount of pictures one takes that end up in a box, never to be seen again. Nearly all of the images I’ve ever taken have ended up unseen in a box. I took this image in Abkhazia in 2005, while I was working on my book “Satellites.” It shows girls doing their hair in front of a bombed out apartment block. It was a sweet little human moment. But later that same evening I took another image of an old woman walking in front of the same building that was slightly more dramatic. And just like that, the image of the four girls had to go. —Jonas Bendiksen

A few months ago, Magnum photographers challenged each other to dig up a single photograph that they have always liked, but for one reason or another, has gone unpublished and/or to some extent unnoticed. The photographers explored the depths of their attics and hard drives for an image that they wanted to give new life.

On November 10th, these photos were made available as signed, $100 #MAGNUMSquare Prints in their online store. On November 14th at 5PM (EST), orders will close and the prints will be signed.

Magnum have unveiled the photographs on their Instagram account for easy browsing. What you see on Instagram is what you get, a 6×6” image of your choice. Though the prints are not limited edition in quantity, they are limited editions by time, only made available for four days. Each photograph is accompanied by the photographer’s description that provides insight into the image itself, and why it has remained unpublished until now. 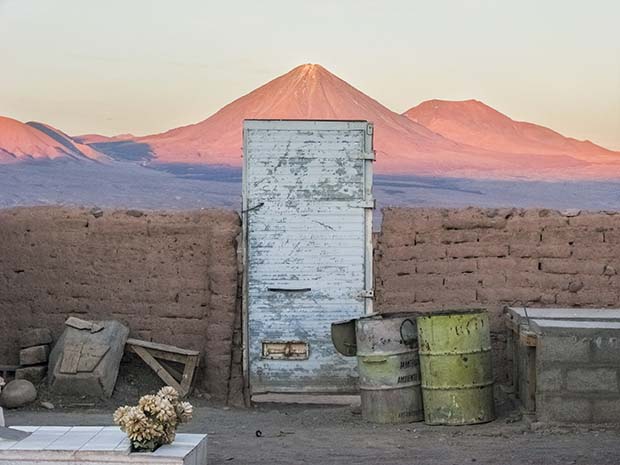 Peter van Agtmael. Chile. San Pedro de Atacama. 2007.
I took this picture in the Atacama Desert of Chile in 2007. It was my first trip back to Chile since I lived there for six months in 2002. Those months were deeply formative for me. I was obsessed with photography but had no real outlet in college. I took the semester off from school and got an internship at a tabloid if Valparaiso. They gave me a loose leash to explore the city and make little features. I started to learn the freedom to be myself. I had my first experience with conflict during a massive rally that turned suddenly violent. I was scared and strangely liberated. And I fell in love. Although this picture is a departure from most of my work, it was in that place I discovered who I was supposed to be. —Peter van Agtmael 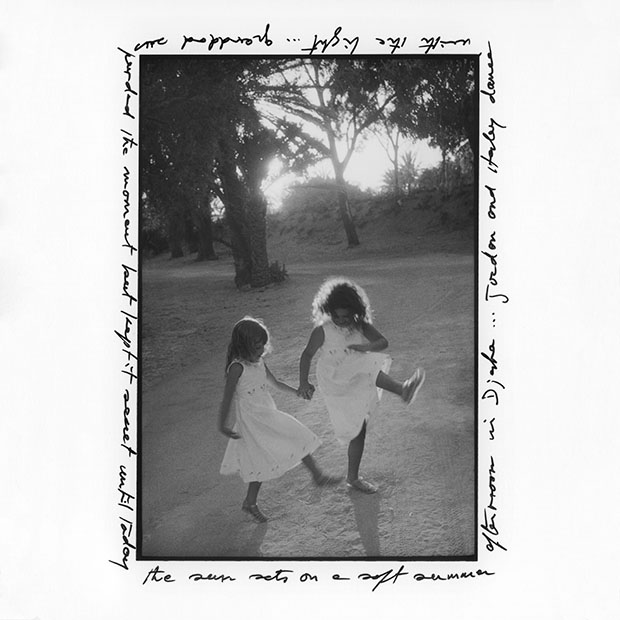 Abbas. Tunisia. Djerba. 1998
The sun set on a soft summer afternoon in Djerba…Jordan and Harley dance with the light…granddad suspended the moment but kept it secret until today. —Abbas (as written on image) 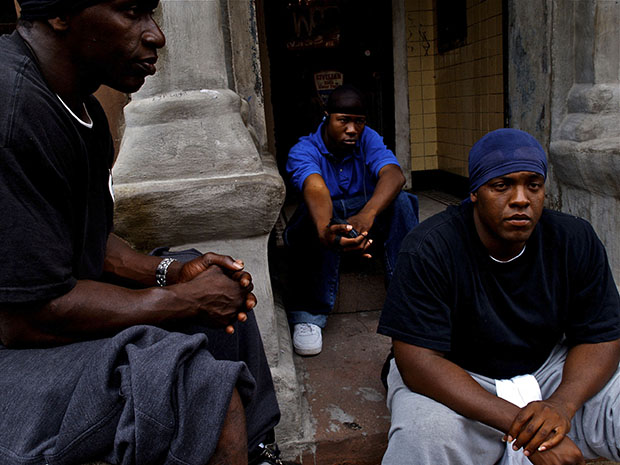 Eli Reed. USA. Harlem, NYC. 2004.
I was asked by the first scheduled director of American Gangster to photograph the modern day Harlem as if it was Harlem in the 1960s, to help get the crew get a feel for the time period the movie was supposed to take place in. On the first day, I found myself walking down a sidewalk and passing three African American men who were wearing stocking skull caps sitting on a stoop. I said hello and kept walking. I had walked only a few feet when I stopped and realized that I was seeing a memory. In the sixties, men wrapped their heads with actual stocking, but at the time I made this photo, you could buy the skullcap from any corner drug store in Harlem. I turned back and explained to the men about the movie and what I was looking for. I asked them if I could photograph them, and they said “Okay.” They seemed to be concerned with more serious issues that had their attention. I did not ask, but I felt the weight of poverty on their shoulders because I had carried that weight myself. I made the photograph and then moved on down the street. It was the very first photograph that I made on that assignment. —Eli Reed