The Photographic Duo Behind Iconic Images of Modern Art 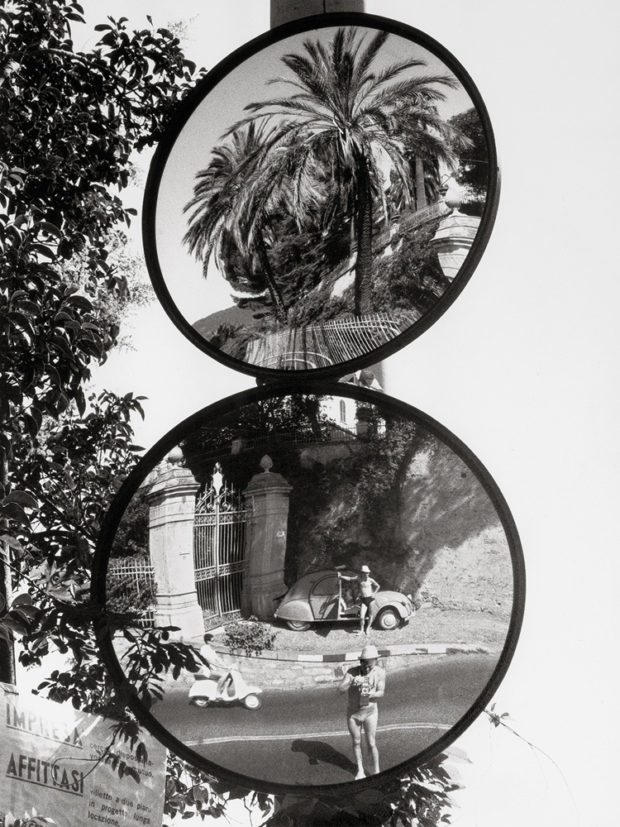 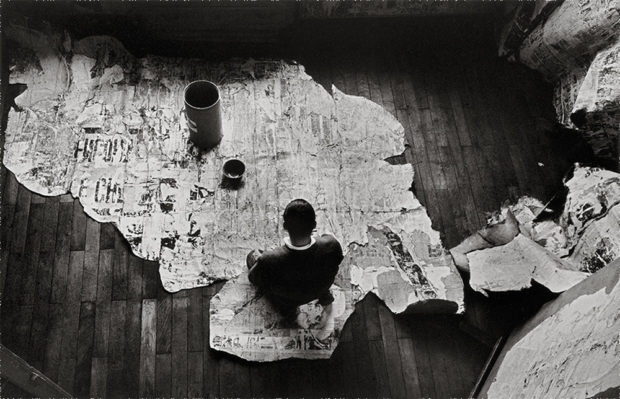 FRANCOIS DUFRENE IN HIS STUDIO, PARIS, 1963.

Between 1958 and 1973, German Harry Alexander Shunk (1924-2006) and his Hungarian partner János Kender (1938-2009) collaborated with nearly 300 European and American artists to document some of the most iconic moments in modern art.

Together, they produced some 190,000 images in collaboration with artists including Man Ray, Roy Lichtenstein, Lou Reed, Pablo Picasso, Marcel Duchamp, Carolee Schneemann, William Klein, and Yayoi Kusama — many of which have become an integral part of the history of art, and works worthy of veneration themselves.

“In the history of photography, ‘documents for artists’ exist in the shade, with a few rare exceptions,” writes Florian Ebner in an essay that appears in the new book, Shunk-Kender: Art Through the Eye of the Camera 1957–1983 (Éditions Xavier Barral), which accompanies the first exhibition of their work, now on view at the Centre Pompidou in Paris through August 5, 2019.

In the summer of 2011, Ebner came across the making of one of their most famous images, Yves Klein’s legendary Le Saut dans le vide (The Leap into the Void), made in 1960. Anyone who has ever gazed upon this sensation image may have found themselves overcome with wonder and awe, enthralled by Klein’s fearless daring and the photographers’ flawless timing.

Though their names are largely unknown, Shunk and Kender were a vital force in the communication and preservation of the emerging forms of ephemeral art, from the installation and the happening to the dance and performance. But they didn’t simply document what they saw: they brought the eye of the artist to the work of art to ensure to capture the fleeting moment of transcendent genius.

Shunk and Kender’s photographed historic acts like Niki de Saint Phalle’s Tirs, where she took aim at objects at Impasse Ronsin in Paris in 1961 — and blasted them with a shotgun. These moments, which came to redefine the possibilities of Western art, were witnessed by a select few and then made legendary by the photographs of Shunk-Kender.

Their images ensured that what could not be bought or sold was forever available to those who understood art was more than a commodity to be consumed by capitalists — it was a profoundly primal, ritualistic experience that empowers us to seek deeper knowledge, understanding, and wisdom about the human condition and the universe.

Consider the work of Gordon Matta-Clark, which Shunk-Kender photographed, and imagine how much of what we know of his work is a result of their documents. It is like this, page after page, artists after artist, one constant reveals itself: that without Shunk and Kender, an important chapter in the history of modern art would have been lost. 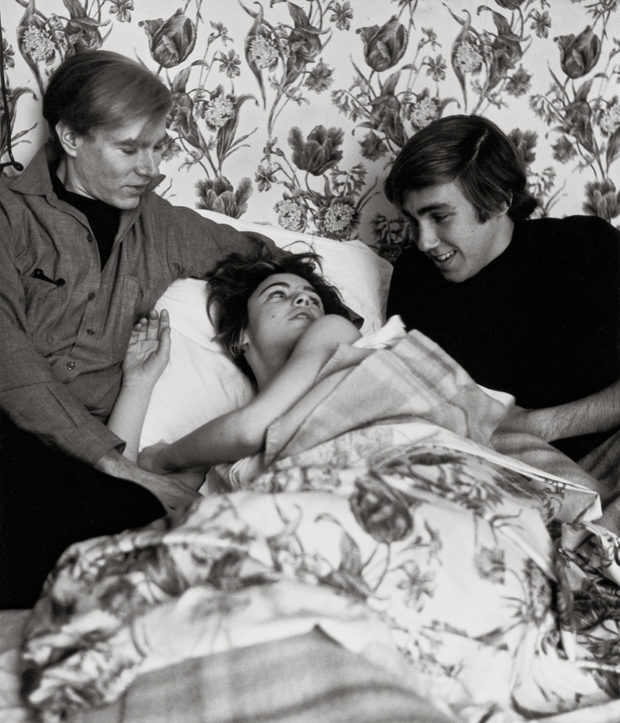 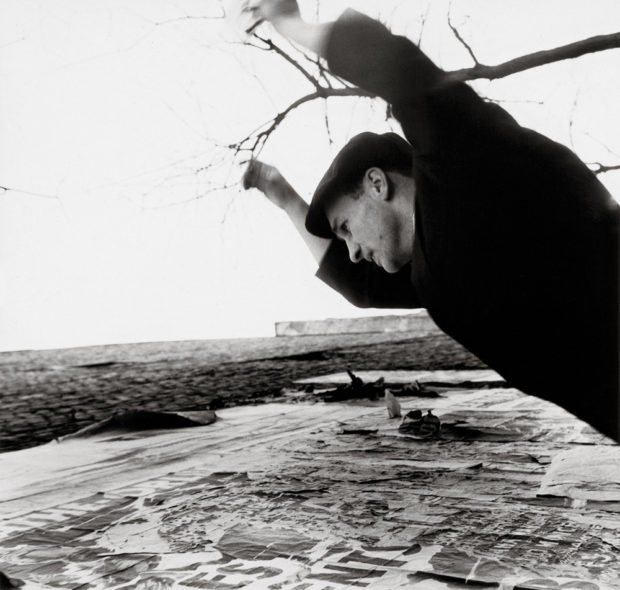 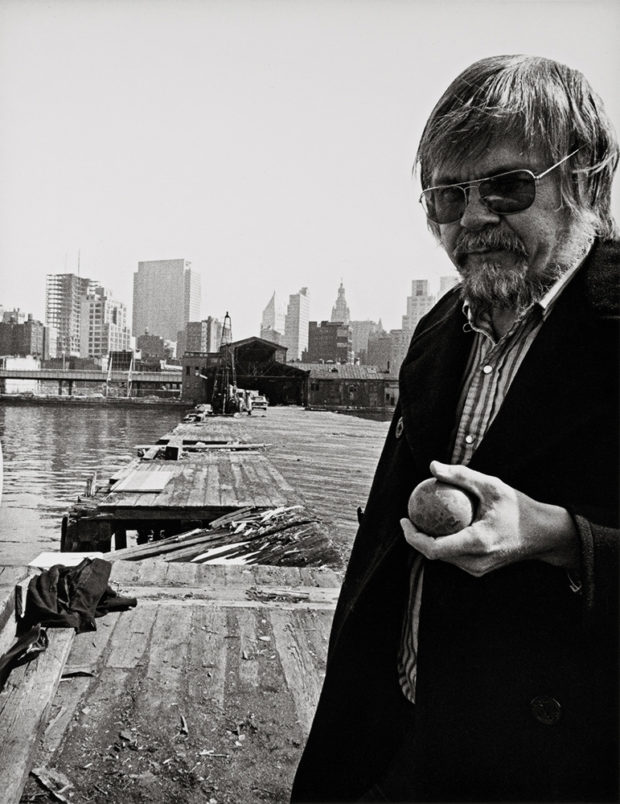 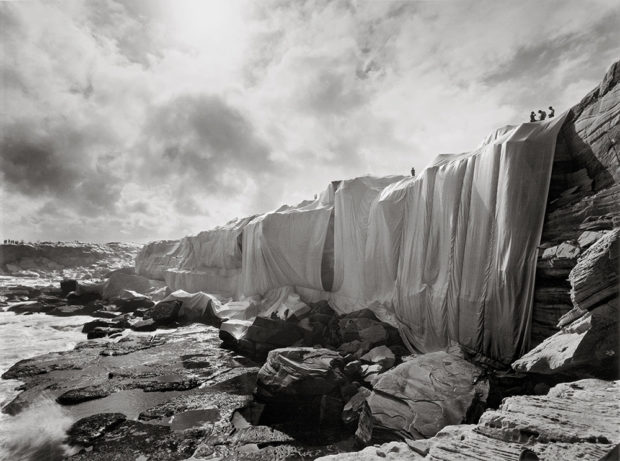 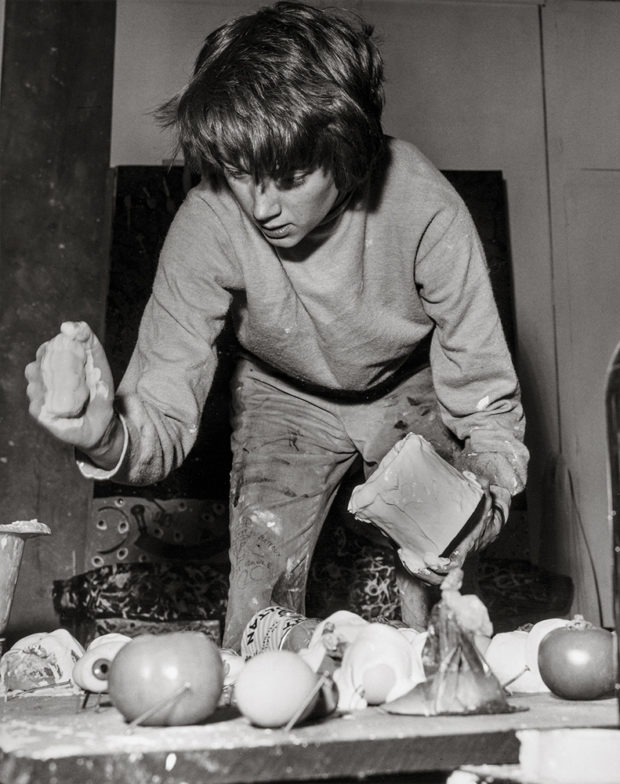 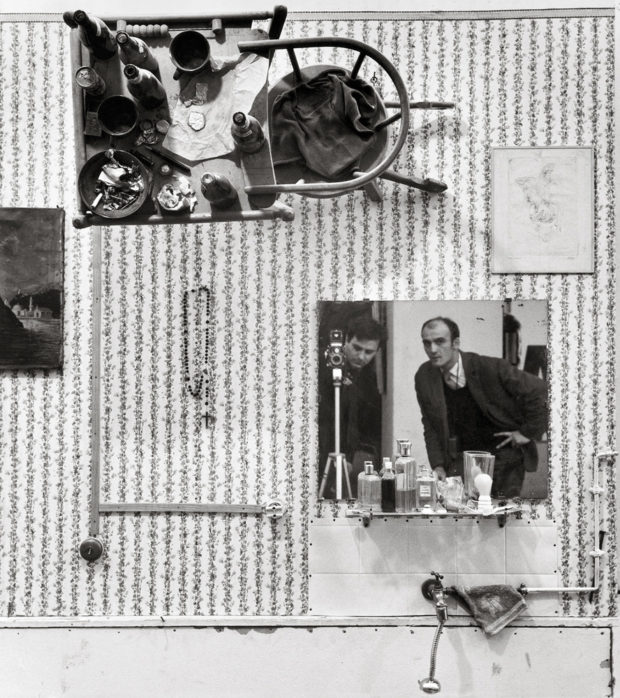 SELF-PORTRAIT OF HARRY SHUNK AND JANOS KENDER IN A WORK BY DANIEL SPOERRI, CIRCA 1965-1966. 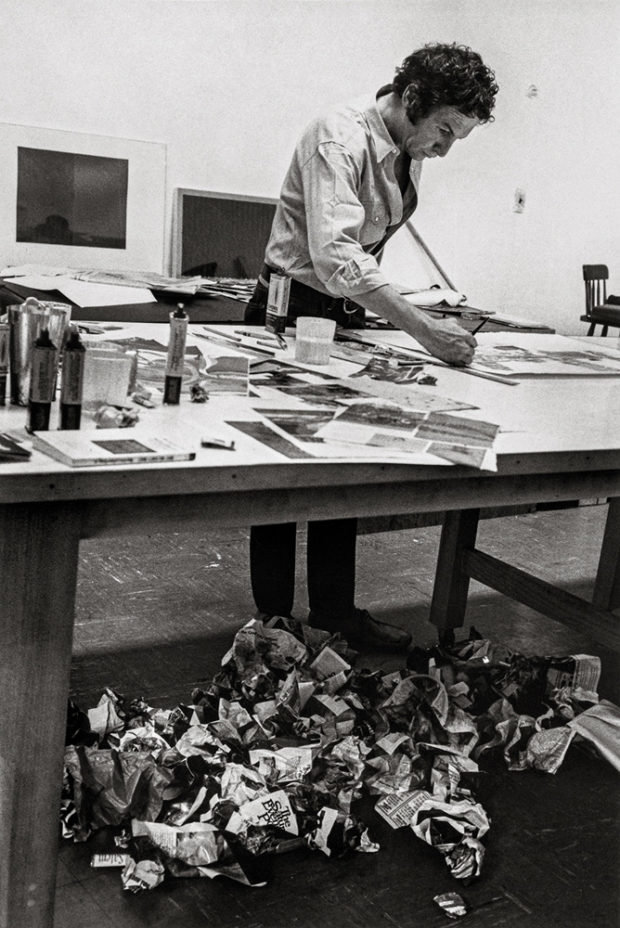