Futuristic Photos from High-Rise Towers in the Paris Suburbs 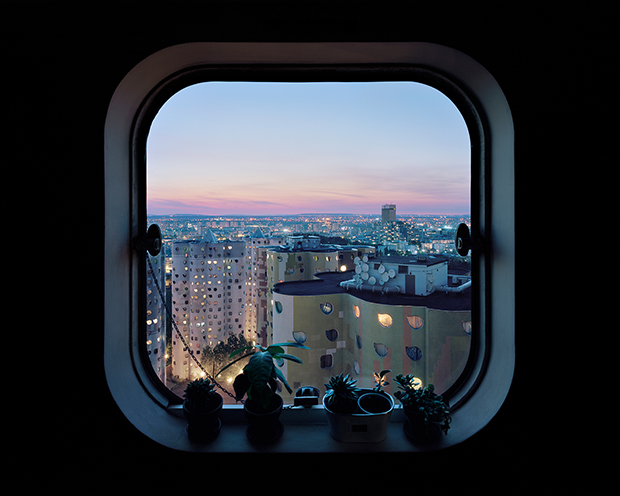 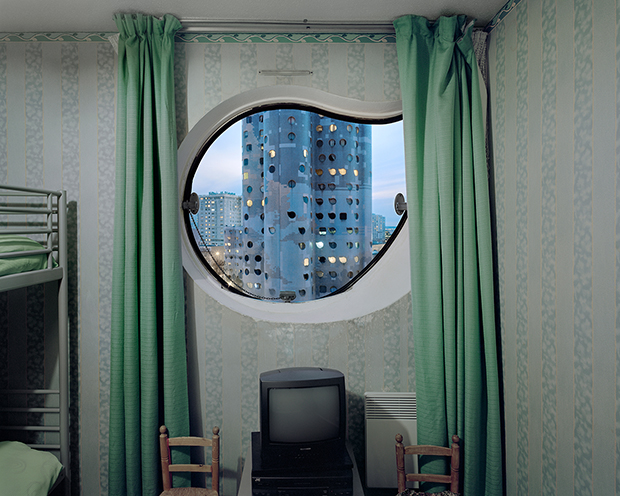 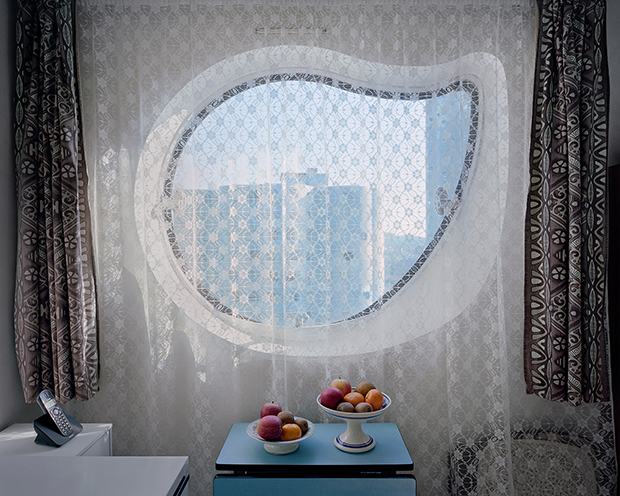 As a child, Laurent Kronental walked past Les Tours Aillaud, a group of eighteen residential towers in the Paris suburbs, in wonderment. As an adult and photographer, the looming high-rises, home to some 1600 apartments, continued to haunt his subconscious. By the time he embarked on his first major body of work, Souvenir d’un Futur, he was visiting the area frequently, and residents sometimes invited him to see the tower interiors. The photographs he took of these apartments, and the view of the city from unusual windows, later evolved into a new series altogether, titled Les Yeux des Tours.

Les Tours Aillaud, sometimes called Cité Pablo Picasso, are the brainchild of the French architect Emile Aillaud. Built from 1973 to 1981, the cylindrical buildings are adorned with mosaics, designed by Fabio Rieti, Aillaud’s artist son-in-law. The architect cast aside hard lines and sharp geometries in favor of more organic, rounded shapes, with the windows themselves taking on unexpected forms like circles, squares, and teardrops.

As the photographer explains, Les Tours Aillaud were a rather strange choice in location, as they’re sometimes seen as austere, unattractive, or outdated. But for Kronental, the apartments seemed like living time capsules, filled with magic and intrigue. The windows reminded him of the view from a plane in the sky or even a submarine beneath the waves; from inside, the outside world looked as foreign and mysterious as an alien planet. The cityscapes varied; in fact, some of the people who invited him into their apartments were surprised even by the views from their neighbor’s windows.

There are no people visible in Les Yeux des Tours, but at its heart, the project is about human beings and the places we make our own. Through his time making the photographs, Kronental developed a friendship with Mohamed, a man who has sold tea to residents of the towers ever since he was a child. Known locally, as “Théman” (Tea-Man), Mohamed frequently accompanied the artist on his adventures, helping to secure access to the intimate spaces of people who might otherwise have remained strangers.

One resident gave him the keys to his apartment; another played the guitar as he worked. And one time, he slept over at a different apartment, rising with the sun to capture the morning light as it soaked through the windows. Waking up so high in the sky, he felt like he was flying. In one home, he imagined he’d been transported to a scene from a film by Wim Wenders; in another, he traveled back in time, wondering if the elderly residents had changed much at all since the tower was first constructed. He thought about standing inside of the body of a concrete giant, observing the city through his gaping glass eyes, each a meter wide.

While speaking with residents, Kronental discovered that the breathtaking views often faded into the background of daily life. That is, while people who’d just moved to the towers were captivated by the sights, those who’d been there for a long time had settled into a routine. “They became used to it,” the artist said. As it happened, these individuals didn’t always see their apartments as a spaceship or a submarine. They only saw them as their home.

Les Tours Aillaud won’t remain unchanged forever. There’s a restructuring plan in place, and some of the apartments might be converted to co-working spaces, offices, or even hotels. Still, thanks to Kronental’s photographs, we will remember not only the towers–and the legacy of Emile Aillaud–but also the ordinary people who made their lives and raised their families inside. When he was a boy, the photographer looked up at these buildings in the clouds and wondered. Years later, he finally got the chance to see what lay beyond those curtains, and in the end, it seems he found something surprisingly familiar. 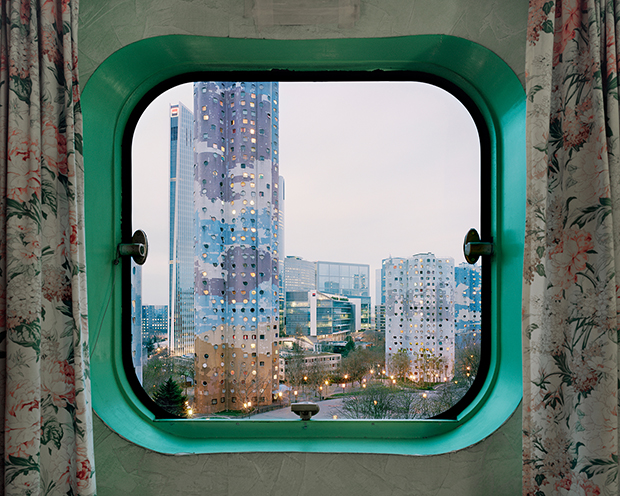 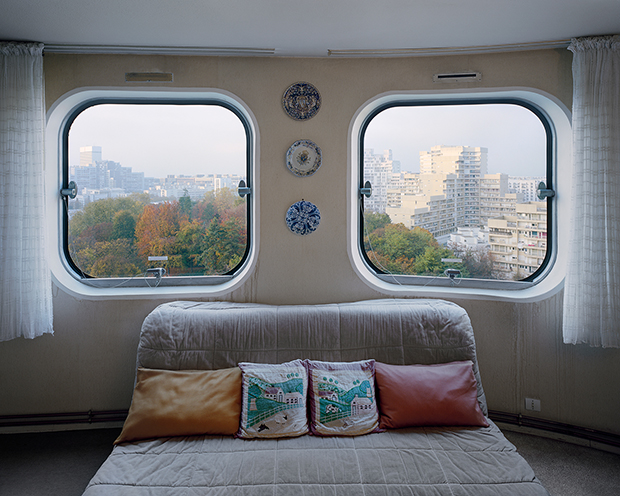 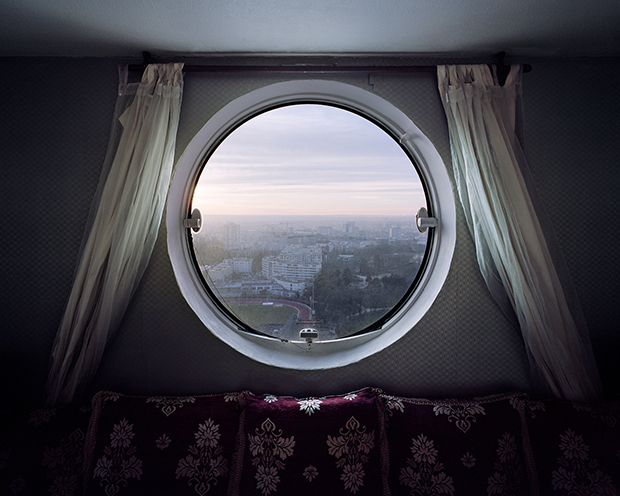 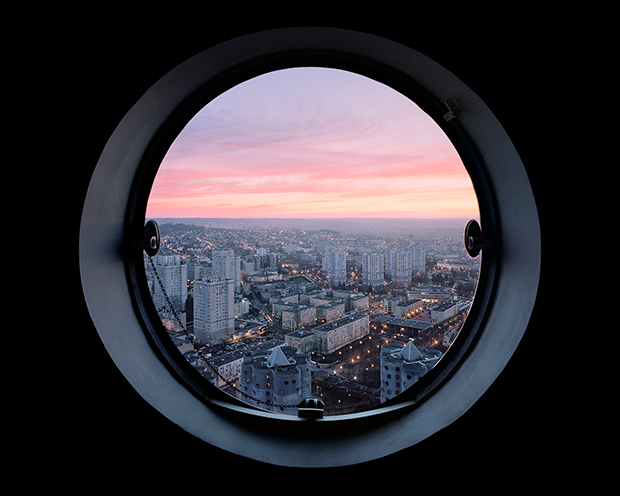 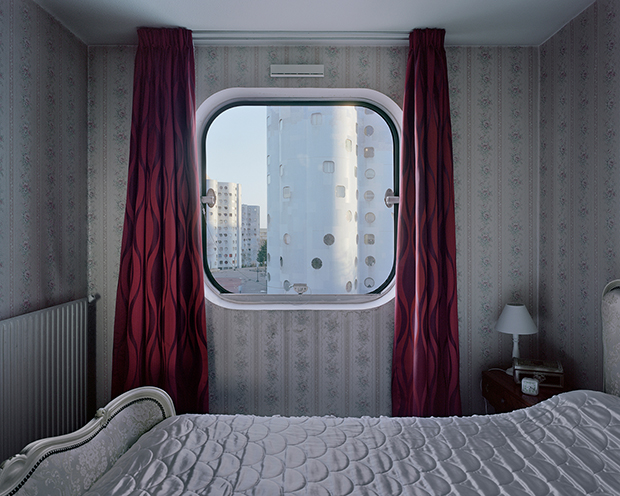 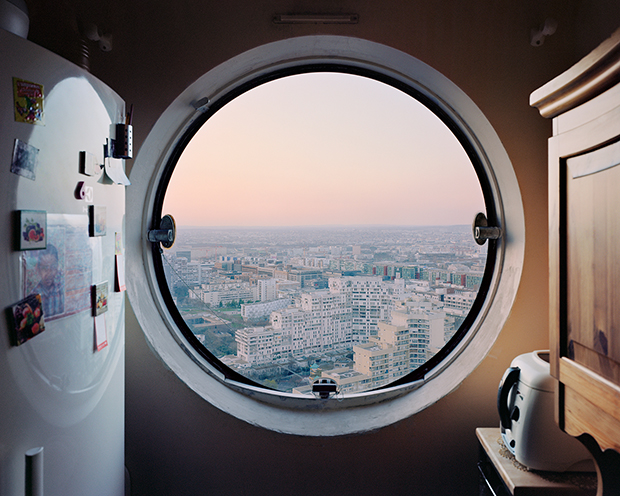 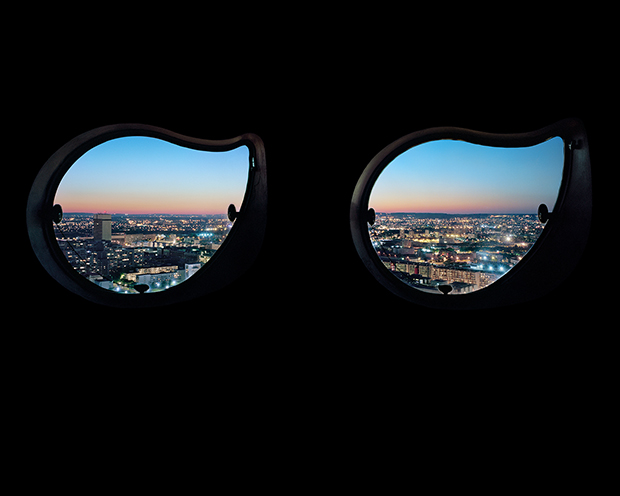