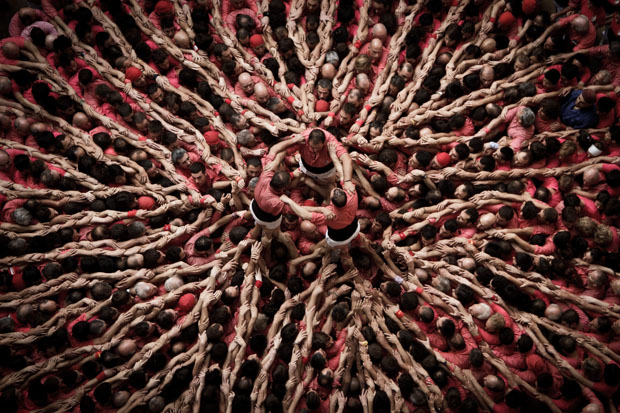 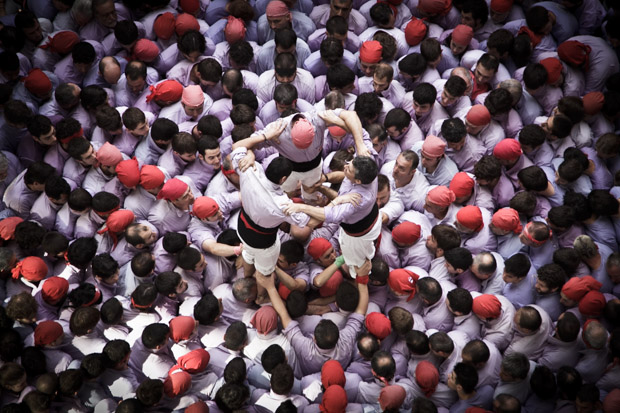 Perched atop the upper platform of a gaping arena, photographer David Oliete captures astonishing human towers composed of up to 500 people. This is the “Concurs de Castells,” the city of Tarragona’s biennial castell competition. Often measuring six to ten humans tall, the castell, whose name means “castle,” is a treasure of Catalan heritage. The sport was invented in Valls in the late 1700s; each tower is said to represent the virtues of “strength, balance, courage, and common sense.”

At Concurs de Castells, 32 teams, or “colles,” compete to build the tallest and most complex tower. In order to be named victorious, each team must form and dismantle the entire structure. Where larger adults form the base of the castell, young children wearing helmets brave the top. Upon completion, the individual at the topmost point of the tower raises four fingers, each said to represent a red stipe of the Catalan flag. Typically, the gralla, a Catalan instrument, and the tabor play music in time with the building of the castell.

In his breathtaking aerial photographs, Oliete documents the exhilarating sport. In bright hues and contrasted tones, he presents each team as a single organism, inhaling and exhaling as one. Like ropes, the hands grasp to support hundreds of bodies. In these cinematic images, we can almost hear the suspenseful notes of the gralla and tabor. For more, follow Oliete’s work on Facebook. 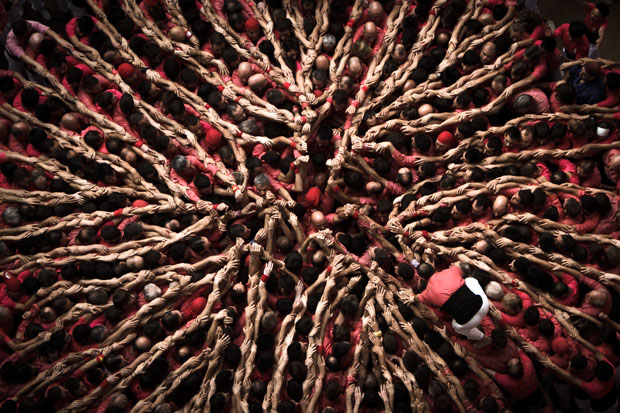 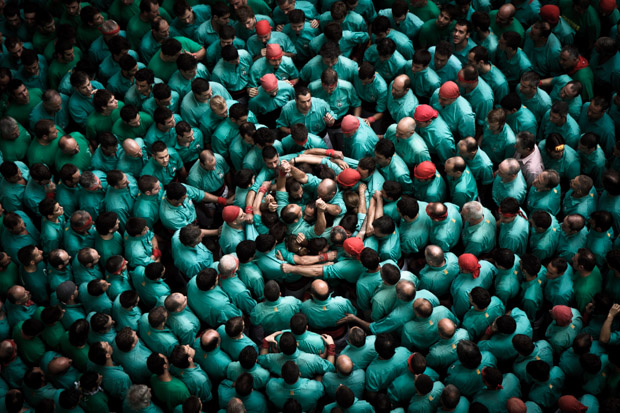 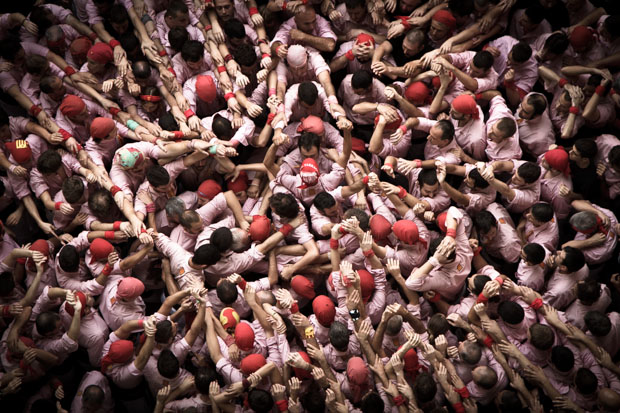 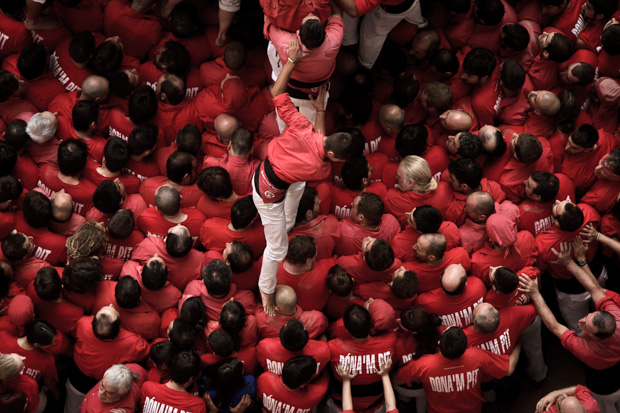 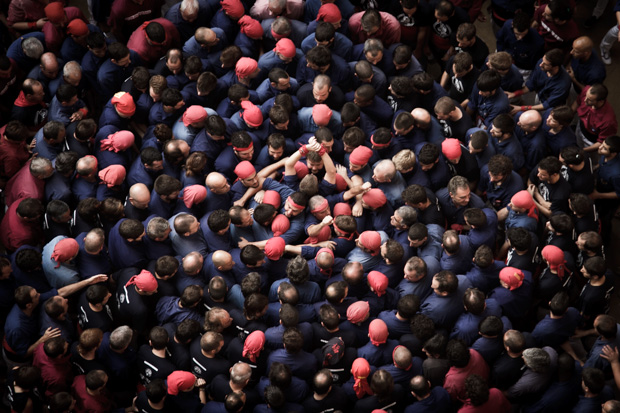 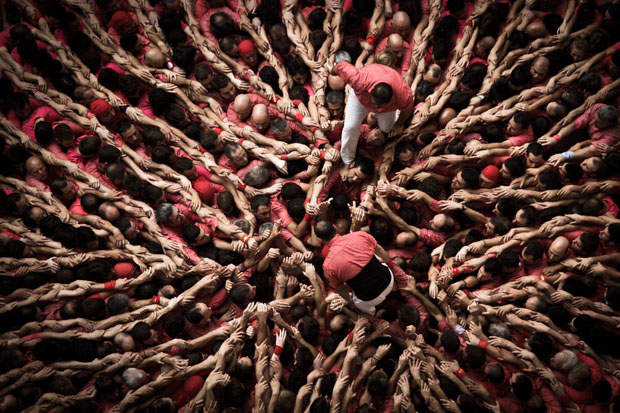 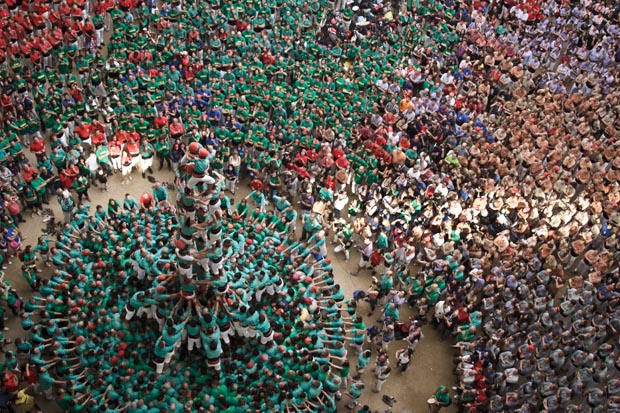 via The Inspiration Grid