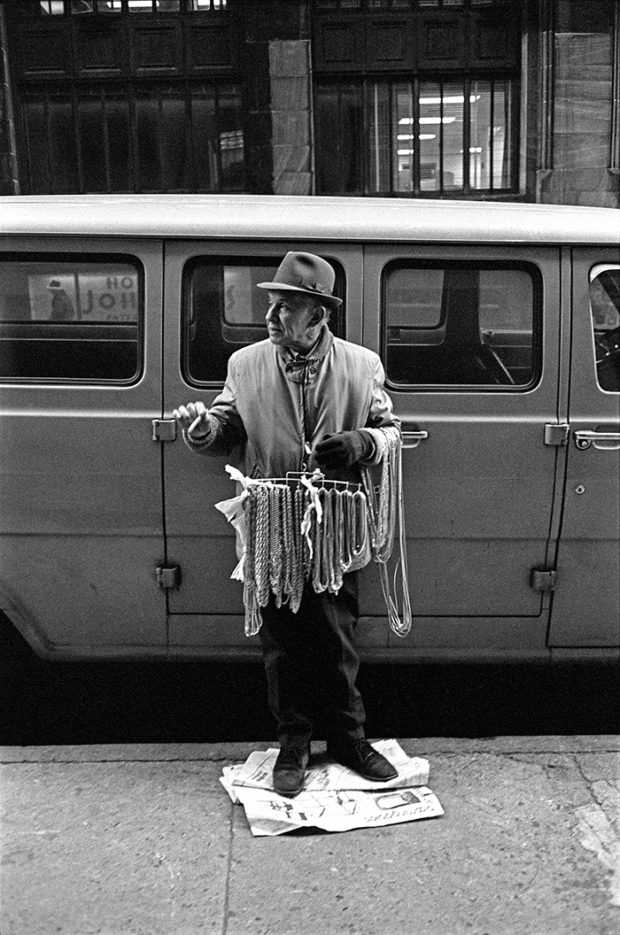 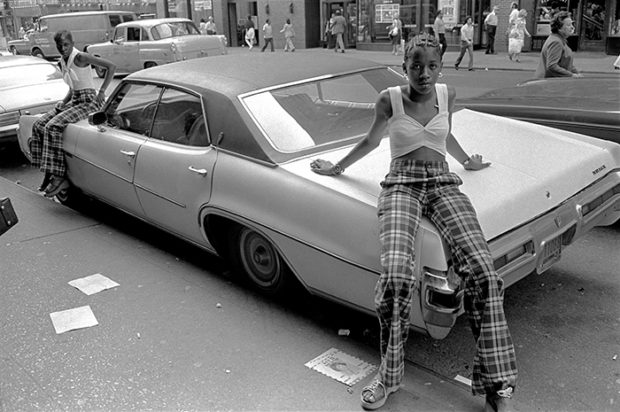 On October 7, 2018, the photographer Patrick D. Pagnano died, leaving behind a treasury of classic American street photography and documentary work made over more than 50 years.

While attending Columbia College Chicago, Pagnano developed his “stream of consciousness” approach to street photography, a narrative technique inspired by Robert Frank, Garry Winogrand, and Walker Evans. Pagnano strove to capture the essence of the moment while simultaneously indicating a larger story beyond the photograph, creating a dynamic exchange between the subject and the environment in each photograph.

In 2002, Pagnano published Shot on the Street, a collection of his color work made during the 1970s and ‘80s that evokes the visual poetry of Helen Leviitt and the intimacy of Joel Meyerowitz.

In the preface, Pagnano writes, “’Shot on the Street’ refers not only to the images having been taken on the street, but more importantly, to the psychological effect of the street. It is a place where races of people and social classes converge and vie for space and mobility with ever increasing urbanism. It can excite, anger, defeat, and inspire. The street’s influence and energy never ceases.”

That electric energy comes alive in Pagnano’s work, whether capturing candid scenes of daily life on the pavement or taking in the pleasures of Empire Roller Disco, his series documenting the legendary Brooklyn skating rink. Here, Kari Pagnano, his wife of 44 years, gives us a deep, heartfelt look at Pagnano’s life and legacy. 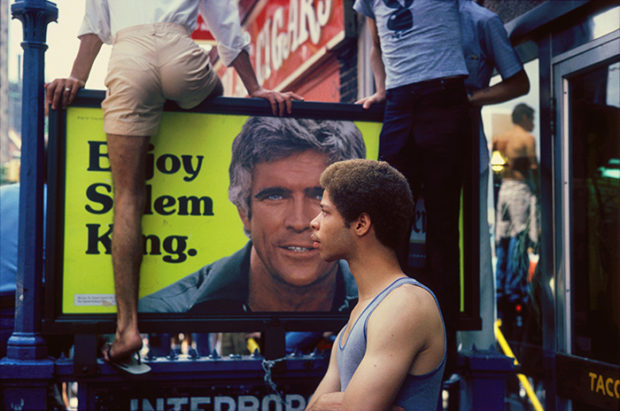 Can you tell us about who Patrick was as a man, an artist, and a husband: what are the defining qualities of his character that spoke to you?
“I was drawn to Pat’s optimism. He had such a positive nature and put his whole heart and soul into everything he did. And most importantly, he had a very warm heart.

“He always told me he was shy, which made me laugh because he was so talkative and so generous with his spirit and the time that he gave to other people. He truly listened and engaged. He was never distracted or incessantly talked about himself. More often, he promoted the accomplishments of others above himself. He was very unassuming.

“I now know that he was a shy man and he struggled to find his way and do something important with his life. He felt he was often misunderstood and could not relate to people. Photography gave him the opportunity to confront people and unfamiliar places and opened up a world of possibilities to him.

“As an artist, Patrick was passionate about his work and had a curiosity about everything. He loved to create – whether it was photography, painting, cigar box guitars or small wooden benches for me – he put his whole heart into every project and he loved a new challenge.

“Once people got to know Pat – they could not let go. He had a winning personality, but very layered. Just like his photographs.” 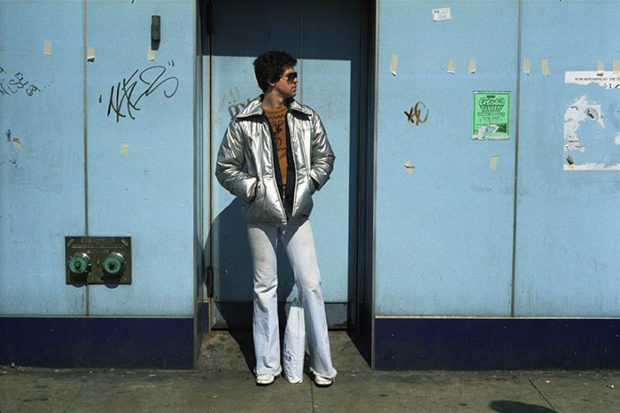 Could you share a little of his early life: where he is from, how he got into photography, and where he was in his life when you first met?
“Pat was second generation Italian-American. The first five years of his life were spent in an ethnic neighborhood of Chicago, living with his parents and siblings in his immigrant Italian paternal grandparents’ home.

“He often mentioned a wonderful childhood and magical time growing up in this neighborhood. Life was lived on the streets and on the stoops of houses. It was a very colorful neighborhood and a safe haven. Children could wander the streets and explore under the watchful eyes of neighbors and family. He was a keen observer even then and this probably set the stage for his later interest in street photography.

“He often recalled to me how he would sit in his grade school classrooms and be fascinated by everyone’s shoes. The shoes took on the shape and character of the person wearing them.

“I met Pat after graduating college. It was basically love at first sight. At the time, he was in the National Guard; this was during a critical period of the Vietnam War and political unrest. He was deployed to a number of pivotal events in Chicago, including the Democratic National Convention, a protest march led by Dick Gregory, and race riots.

“He was also balancing community college and jobs. His parents were blue collar and did not have the money to send him to college. He related sitting in an accounting class feeling bored and unchallenged. A classmate mentioned he might look into Columbia College Chicago.

“To the amazement of his father, he applied for a scholarship and received one. This experience changed his life. He fell in love with photography and began shooting on the streets. He borrowed cameras from some of his buddies who brought them back from Vietnam and he eventually saved enough to buy his first Leica.

“During a visit to New York with a fellow photography student, who is related to Bruce Davidson, Pat knew he had to be in New York. So we got we got married in 1974, spent our honeymoon at the Times Square Motor Lodge and looked for an apartment. And it has been a delightful ride!” 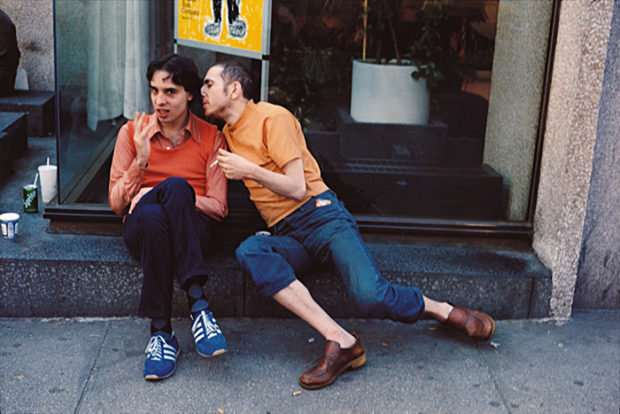 Can you talk about what it was about the street that appealed to him, and what aspects of life he wanted to capture in his photographs?
“Pat was out on the streets, honing his craft, every day. He was always concerned about not going on the streets with a preconceived notion of what wanted to shoot. He enjoyed the rhythm and the energy of the streets — and the canvas was huge.

“He was one with his Leica. Pat had an innate ability to anticipate a shot. He cradled his camera in his hand with a bend of his wrist and the camera would practically glide to his eye – and click! He never wanted his presence to affect the moment or create a reaction from the subject. He moved so easily through the streets and could get close to his subjects without their noticing or being offended or feeling abused.

“His purpose in shooting was to inform, not entertain. Pat had keen sense of observation and felt the environment and other visual clues added to the narrative. He never looked down at his subjects or put himself above them. He did not judge or demean or mock.

“He wanted to show the dignity in people – not an ugliness (that seems so prevalent in photography) or clichés or obvious grand gestures. His photographs are subtle, but are loaded with information. If one carefully looks at Pat’s compositions, they are full of energy. The environment was very important in his street photography. He was interested in the space around his subject and the pace in which one passes through space.” 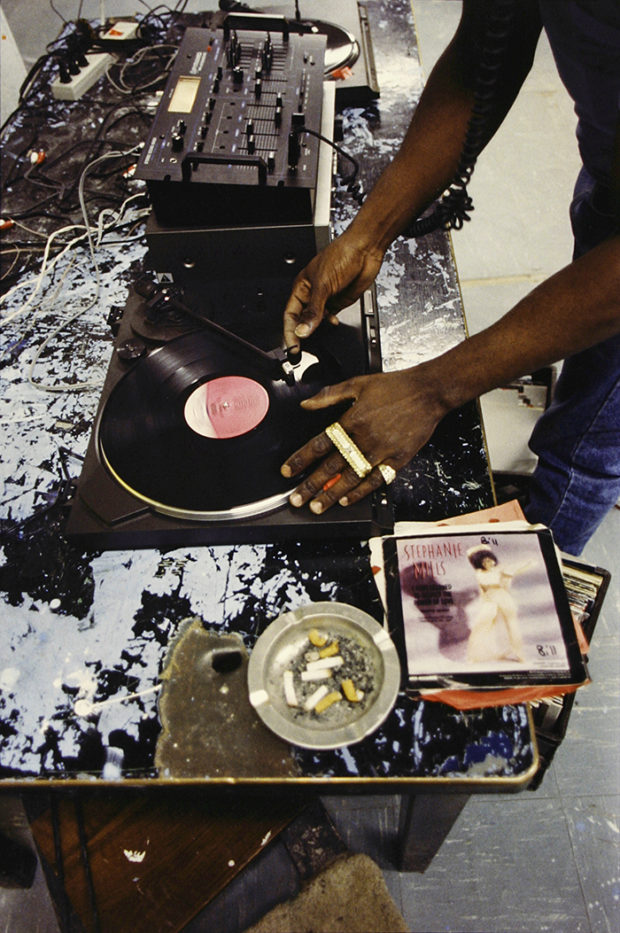 Can you share any stories of Patrick’s adventures in photography?
“Pat related these encounters to me: Shooting at one of the many parades in New York in the ‘80s, Pat recognized Henri Cartier-Bresson. Being a huge admirer, he walked up to him to say hello and confirm that it was him. Bresson answered with, ‘Je ne comprends pas,’ and Pat just laughed and said, ‘Now, I know you are Bresson,’ and walked away.

“He was aware that Bresson was watching him shoot and shortly afterwards came up to Pat and apologized saying he thought that Pat was the police. Pat laughed again. They chatted briefly and Pat excused himself to let Bresson work.

“Pat was friends with Leon Levinstein. In the year just before Leon passed away, he was living in a tiny one-room apartment in New York. Pat went to visit him and they were both chatting, sitting on the edge of Leon’s bed, their knees practically touching the wall.

“Leon was railing about how he disliked the preoccupation galleries and museums had with vintage photos. He said, ‘Pat, let’s make some vintage photographs,’ and he proceeded to throw some of his prints on the floor and began stomping on them and invited Pat to join in. The two had a grand time.”

Lastly, what are the key qualities of Patrick and his work that you would like to share and celebrate?
“Patrick was passionate. He had a different way of looking at things and even though he may not have felt he was understood in his lifetime, he spent his life doing what he loved.

“Here is quote from Pat that I found in his writings: ‘To me, nothing ends, everything continues. I can’t see a hard line between Winter and Spring, nor can I see it between one image and another.’” 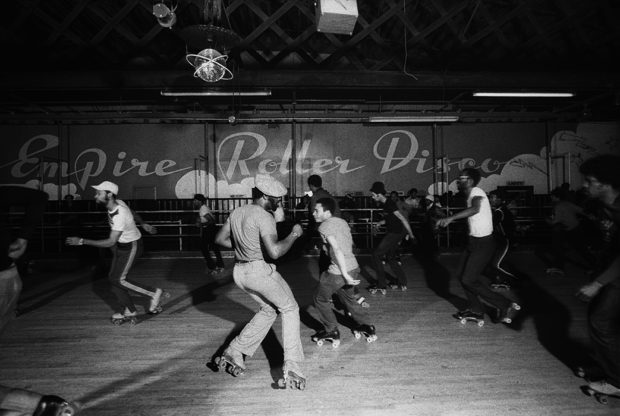 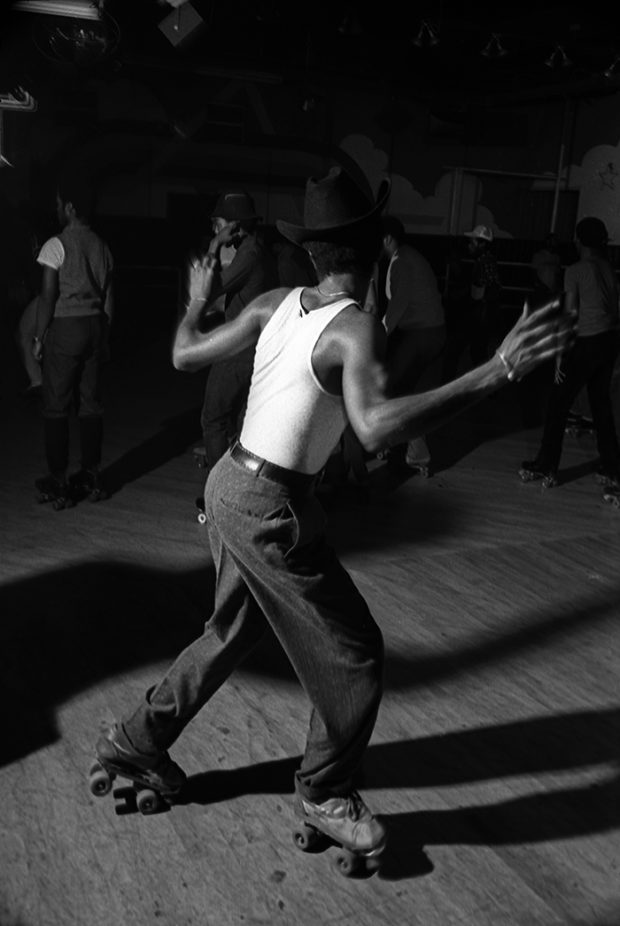 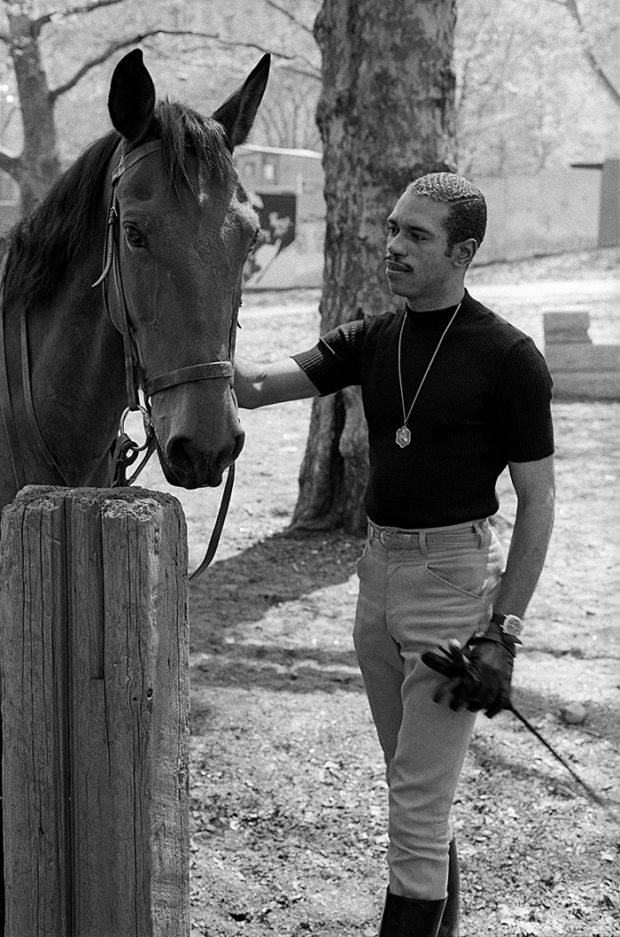 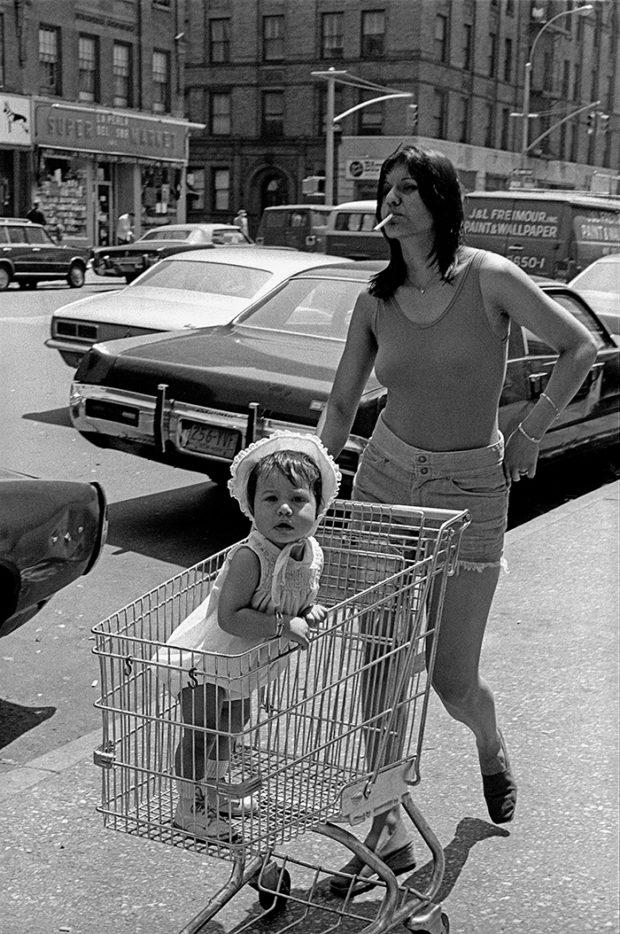 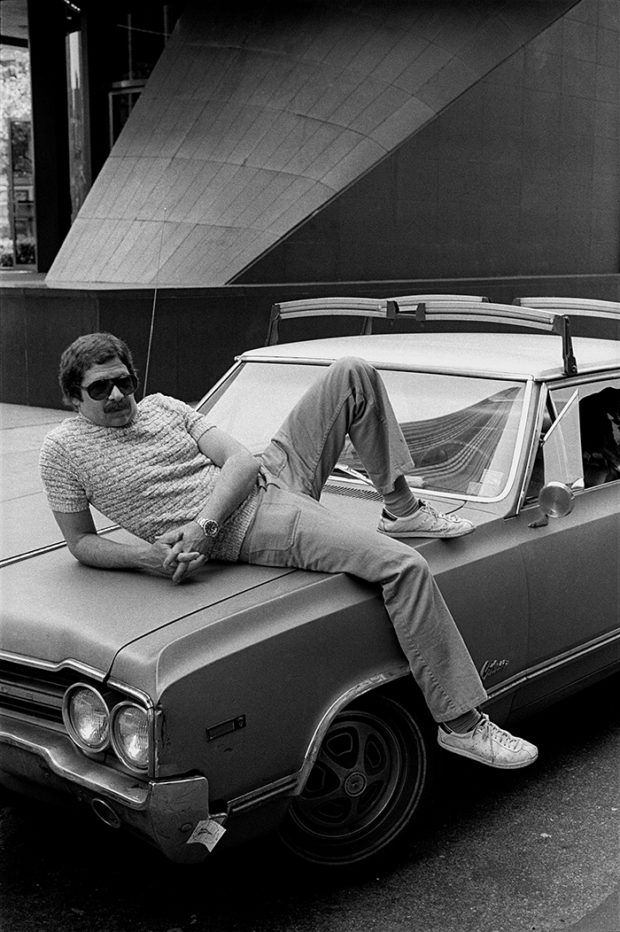 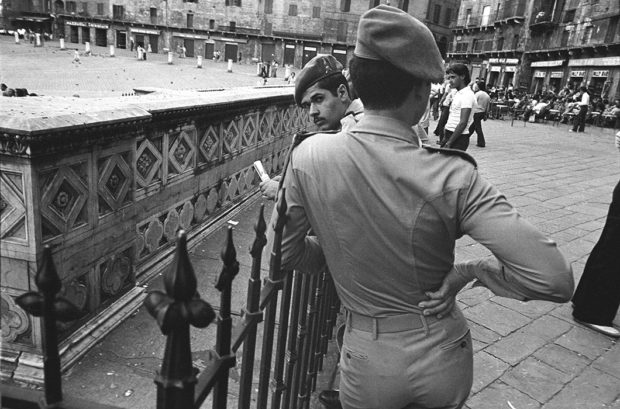