Picturing the Horrors of Climate Change in Southern Iran 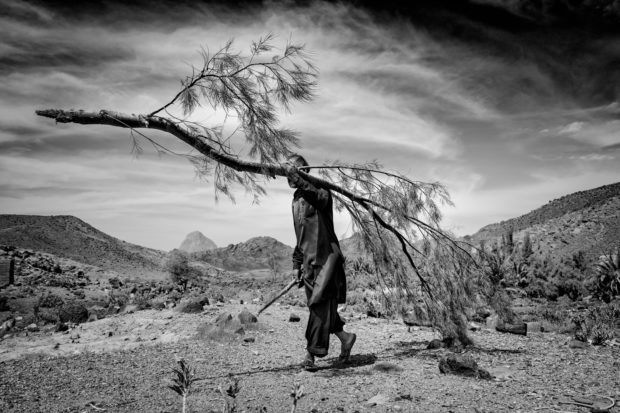 Pitgy is a village in the Jazmurian section in the southern Rudbar. A man carries a big tree to his house. He will make fences with this tree. 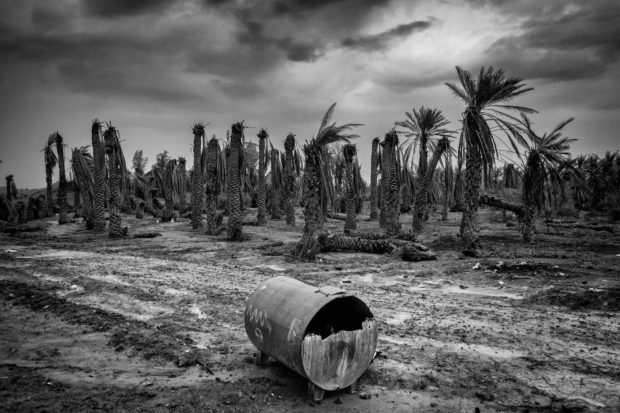 Village of the galo: The central part of Qaleh Ganj city, Kerman. The trees of the village are dried and their water reservoir is ruined.

As climate change ravages the globe, we bare witness to one of the greatest human-made catastrophes as it unfolds before our eyes in a series of increasingly inhospitable weather patterns that are decimating the landscape far and wide.

In Iran, climate change has taken the form of a drought, one that affects several regions across the nation including West Azarbaijan Province, Khorasan Province, Bushehr, and Kerman Province, where the drought is now going on 30 years in length. Encompassing 11.5% of the country’s landmass and 3.9% of its population, the drought has presented a larger problem in recent years as lowered rainfall has resulted in thousands of dried up wells. The native economy has taken a hit, as local farmers are no longer able to sustain their palm tree crops. Without income, the people now face a new series of challenges including lack of health care facilities and adequate plumbing to fend off disease.

Documentary photographer Mohammad Baghal Asghari traveled to the Kerman province during ten days of Iranian New Year, creating Forgotten Dried Land, which was nominated for the 2018 International Photogrvphy Grant. Here Asghari shares his observations photographing the plight of people living through the dawn of the sixth major mass extinction on earth. 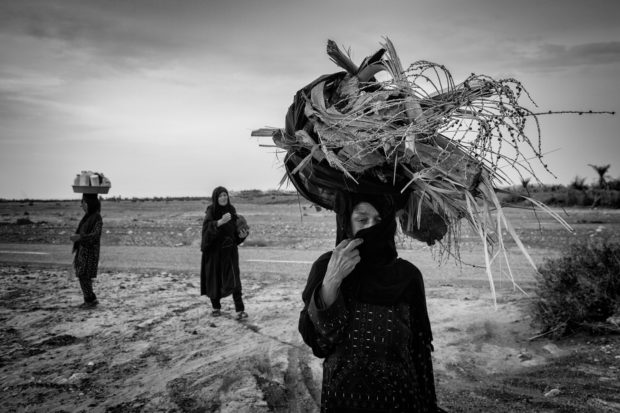 Soghra complains that she has nothing in her house. She goes out to gather wood every day in order to keep her house warm and cook food.

Can you describe the impact of the drought on the people and the landscape?
“The lack of rain has caused the destruction of underground aquifers and made cultivation virtually impossible, and in the other side has caused the drying thousands of palm trees. This has had a lot of impact on people. The people in Kerman used to cultivate palm trees and export them to other countries. They have lost the economy that was the primary source of income and prosperity in peoples’ lives. They began using chemicals to cultivate the palm trees; this became a source of tremendous destruction of the people’s health, and it did not restore their economy. The people gradually migrated to other cities or countries. Many villages are being evacuated. The natives who stay are spending their days with these difficult conditions.” 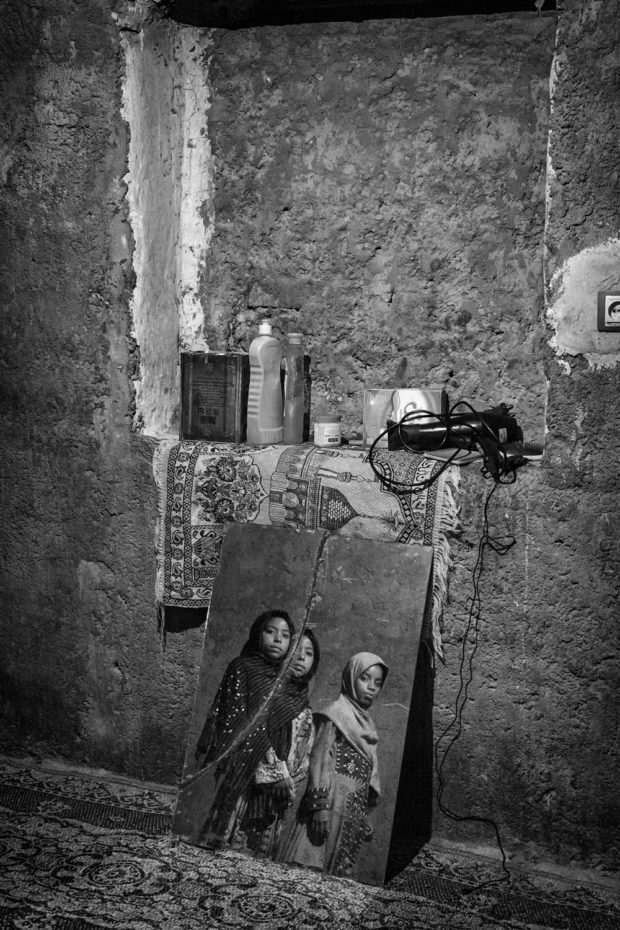 You have presented a fascinating, multi-dimensional look at life for the people of the Kerman province. What inspires you to do this work?
“One of my first priorities with the Kerman people was to treat them with humanity and help to improve living conditions for them. My second priority was to take pictures of the children to show the risks that threaten their future.”

What were some of the challenges you faced making these photographs?
“Regardless of the annoyance of heat and dust caused by dryness, there was no problem in documenting their life. The people wanted to be seen in the media. I had no problems in taking photographs.” 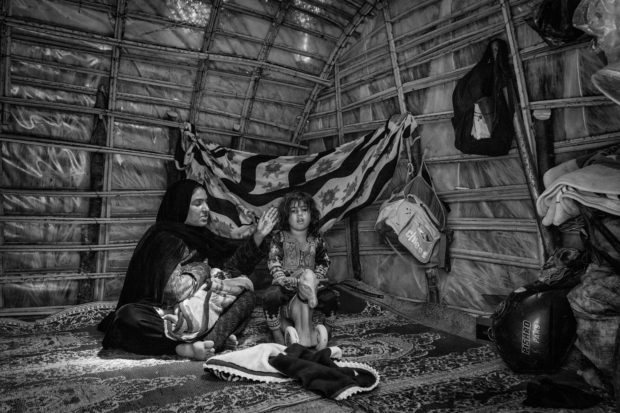 Peng Village, South Rudbar city, Jian Bibi Ghanbari, and her daughter have lived in their CAPAR house (a kind of traditional house) for eight years. Her husband is sheep herder, and he earns money from it.

How has the Iranian government responded to the crisis?
“The government has created solutions like building water dispenser machines and tracking groundwater in order to make a liter of contaminated water drinkable in ten minutes. They are also organizing the irrigation of farms, saving 40% of the water used. In my opinion, none of these are applied, and the people live in the same way.”

What would you like people to understand about the people living through the drought, and the importance of showing how they respond to such profound adversity?
“The main purpose is showing the problems of these people to our government to force them to consider effective solutions for the drought. I also want to show the lives of people in these areas to others in the hope that people who use plumbing in cities are careful about their use of water and do not waste it.” 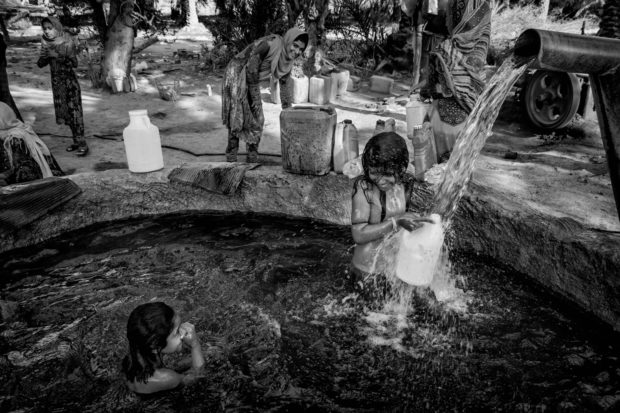 Kahnouj city, Chah Beid village, children walk 3 kilometers once at week to bathe in the pool where a pump is placed. 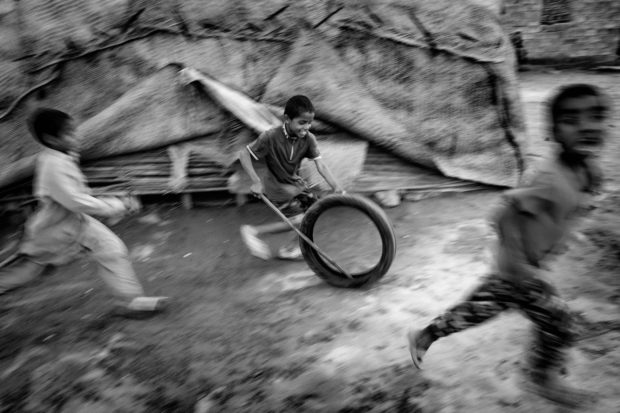 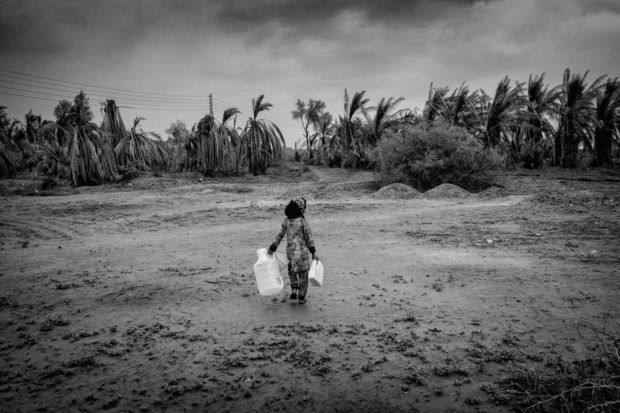 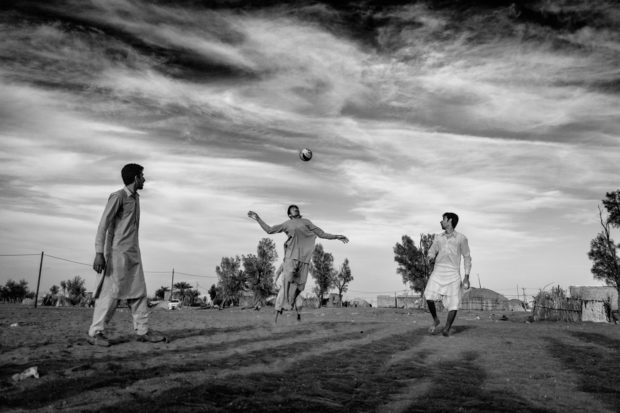 Kahnouj City, village of Chah-Bid. Village men spend their time playing because of the lack of jobs and unemployment. 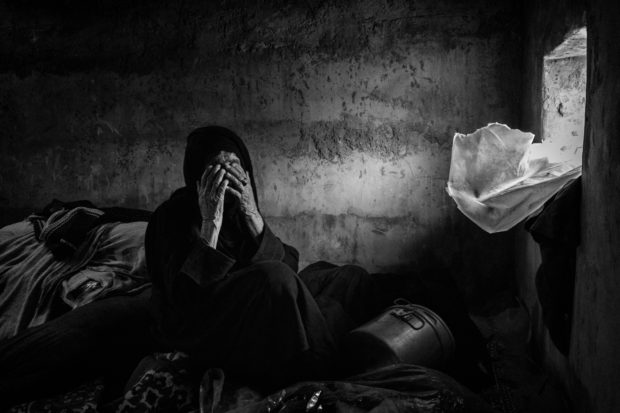 Bibi jan (60 years old) – She has no family and is blind. She continues her life by getting help from her neighbors.