The Desolate, Apocalyptic Landscape That is Lake Urmia, Iran 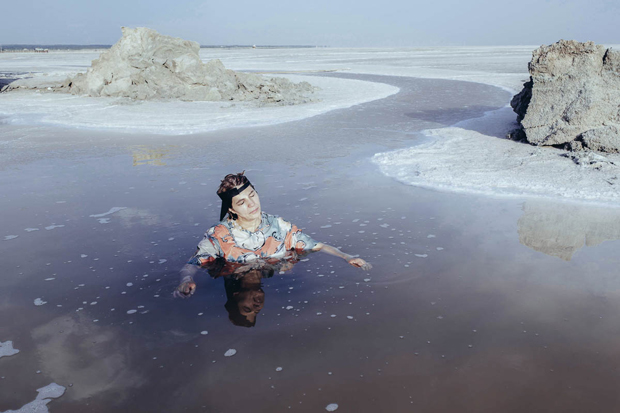 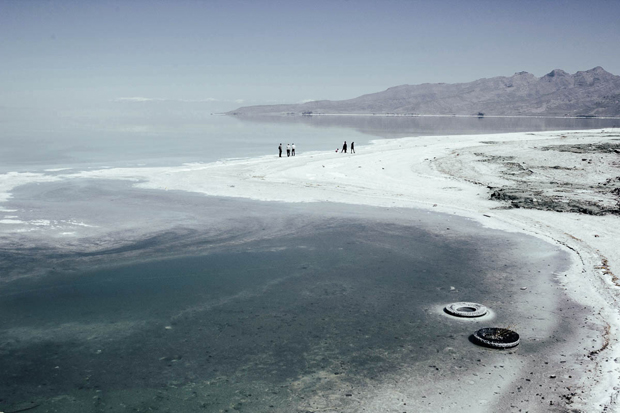 “I’d still like to call it ‘the Sea,’ even if there is nothing left.” – Solmaz Daryani

The Eyes of the Earth is an ongoing project by Iranian photographer Solmaz Daryani, which documents the drying up and desiccation of Lake Urmia in northwest Iran. Once a thriving tourist destination, many depended on the lake for their livelihoods, including Daryani’s grandparents who owned a motel by the coast. Now, due to a combination of poor water management, illegal wells, water damming and climate change, Lake Urmia only has 5% of its water remaining.

Urmia was once the largest lake in the Middle East and the sixth largest salt lake on the planet, covering about 5200 square kilometers. It was a lake that attracted migratory birds and represented a large part of the local Azeri identity. Dayrani can still recall the swan paddle boats, the strumming of musical instruments and the sounds and smells of the salt water. Her images, dominated by blanched colors, reveal desolate, almost apocalyptic landscapes, in which we find traces of sadness, memory, and nostalgia. This project not only seeks to raise awareness of the issue of water scarcity in Iran and the devastating effects of water mismanagement and waste, but is also an examination of one’s own connections and bonds to the land, and how these relationships shape our identity. 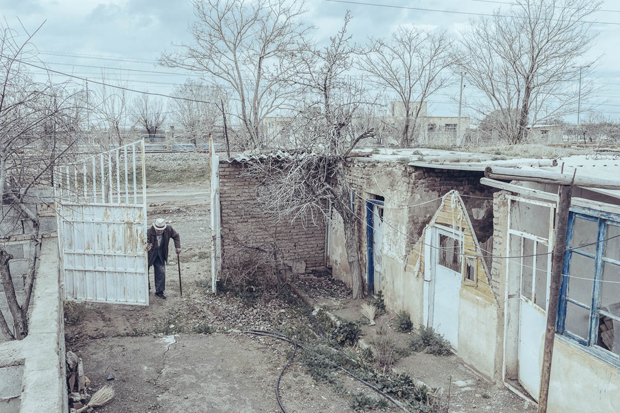 My grandfather’s motel, which was never empty of tourists in the past, now lies deserted and ruined. During the summer, my grandfather always fixes the windows broken by wind in the winter. 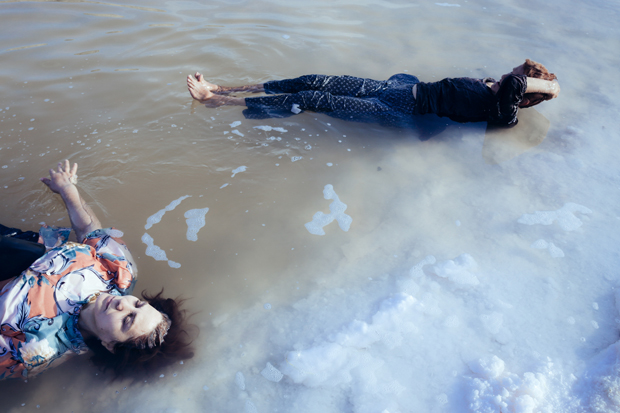 Grandmother swims in a shallow pond leftover from the lake. 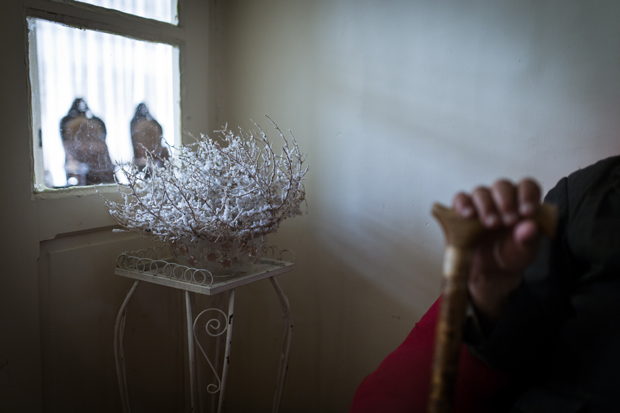 A salty crystal branch that my grandmother found from lake and uses as decoration in her home.

Firstly, what is the meaning behind the title of this series (The Eyes of the Earth)?
“I got the idea from a quote by Henry David Thoreau that read: ‘A lake is the landscape’s most beautiful and expressive feature. It is earth’s eye; looking into which the beholder measures the depth of his own nature.'”

Can you describe your memories of the lake before it dried up?
“When I think back to the days when I was a child, I think of all of my wonderful childhood memories spent at Lake Urmia. My mother and uncles were born and grew up in a port beside the lake called Sharafkhaneh. Our own home was 70km away from the lake in Tabriz City, where I was born. I always anticipated the time I’d get to spend with my grandparents beside the lake.

“Everything there was homemade and home grown. Many years ago, the lake was still a popular destination for vacationers in the summer. On Thursday and Fridays, both mornings and evenings were spent out on the lake helping my grandfather in his motel, and afternoons were spent swimming and riding on swan paddle boats, which belonged to my uncles.

“I remember in the migration season, a big white bird (my uncle told me that it was a pelican) fell down in my grandmother’s yard. The bird’s wings were wounded. It was a very exciting and special moment for me to see the bird up so close, but I remember feeling sad because it was wounded. My grandmother bandaged his wings and took care of him, and once it was healed, she gave the bird to my uncles to release on the lake with their boats.

“The lake and my grandparent’s house was the hub of my family. One of my uncles had a food kiosk on a wooden bridge. On Fridays, the whole family gathered on the bridge for dinner. After eating, my uncle played Tar (a musical instrument), while my grandfather sung traditional Azeri songs. I can still remember those moments clearly, and hear the sound of the waves and the wind.

“There was a train station 2km from my grandfather’s motel (the Iran to Turkey line). When I heard the train coming, I would run towards it to wave at the passengers. At the weekends during winter when the village was without gas, my grandmother would assemble a Korsi (a type of low table found in Iran, with a heater underneath and blankets thrown over it. It is a traditional item of furniture in Iranian culture). My brother and I used to sit around the Korsi to do our homework, and sometimes we’d listen to our grandmother’s sad stories about her childhood and how she survived growing up as an orphan.” 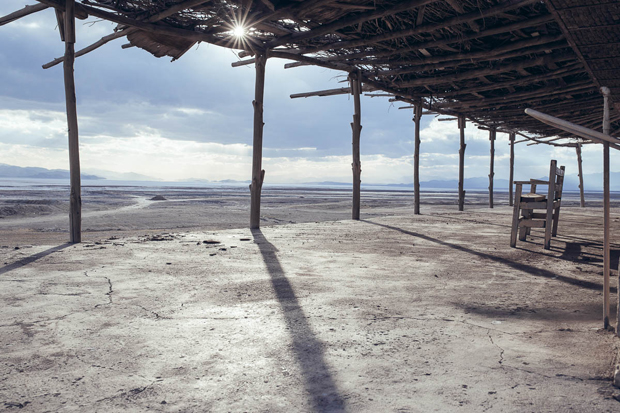 An abandoned tea-house on the shore of dried Lake Urmia. 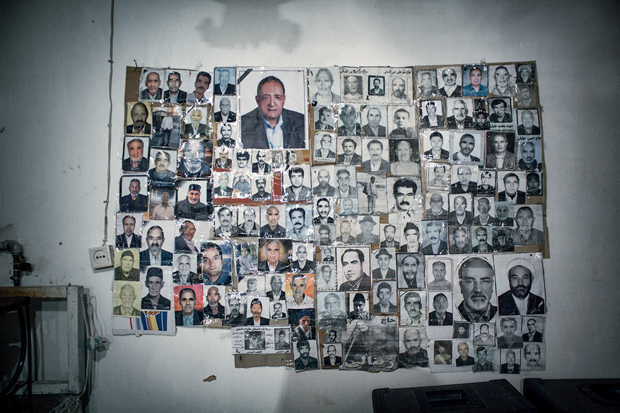 On the wall of the Sharafkhaneh port mosque, photos are hung of deceased people, many of whom were my grandparents’ relatives and friends. Though they are dead, you can sense the smell of the sea. They used to live in village and some of them were seamen and motel owners. 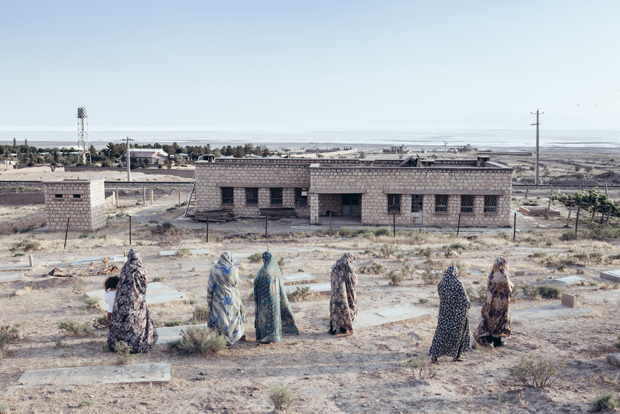 Every Thursday my grandparents go to say prayers for their deceased relatives and friends at the cemetery, which is located on a hill beside the lake. 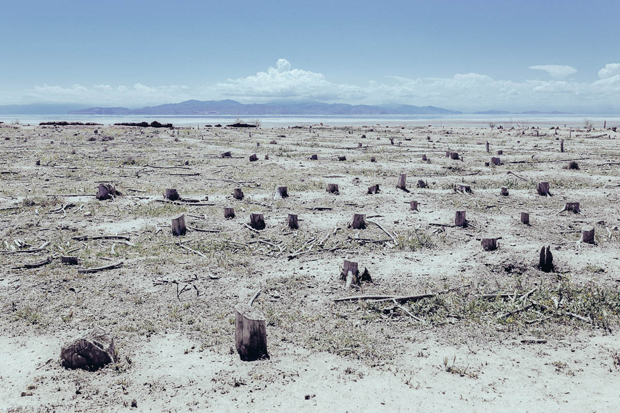 Dried-up gardens and tree stumps in Sharafkhaneh port are disappearing like its people.

What do you hope to communicate through your images?
“I hope to show the ways in which the drying of Lake Urmia has impacted the population and the communities surrounding it – including the ways it has directly affected my grandparents’ life. The project is also an effort to find the traces of my past, which have deeply influenced my mentality and character.” 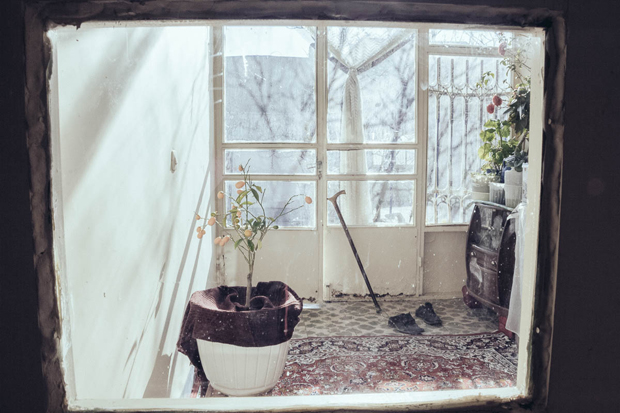 The entrance to my grandmother’s home in Sharafkhane port, near Lake Urmia. 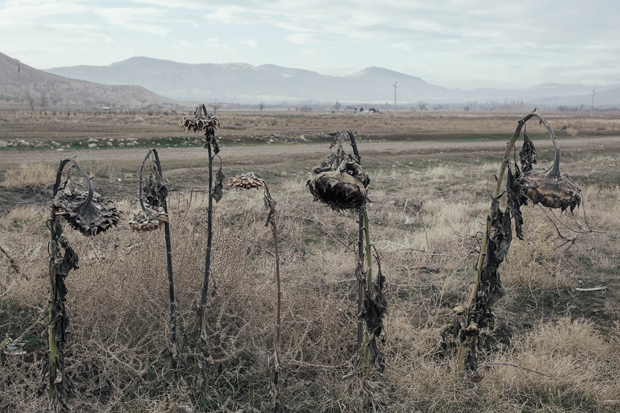 A farm in the coastal village of Galgachi. The population of the village dropped from 150 to 35 after the lake dried out.

Do you think there is a future for Lake Urmia?
“I don’t think there is a positive future for the lake, because there isn’t a successful method in place for water management in the country currently. There is no program or policy for the 39 dams constructed on the 13 rivers that feed into Lake Urmia. 94% of water demand is allocated to agriculture. Agricultural production created increasing pressure on not only surface water, but also underground water resources, over which the Iranian Government has almost no control. There are thousands of illegal water wells around the lake, which have resulted in a dramatic decline in the lake’s water level and had vast ecological impacts and consequences. Climate change has its own impacts. When I photograph people around the lake, they all ask me the same question. Everyone knows there is no future for the lake, but they ask me in the hopes they’ll hear something optimistic. There is a silent migration in all the surrounding towns and villages to the cities. I promise these people that I will show what is happening here even when the lake is gone.” 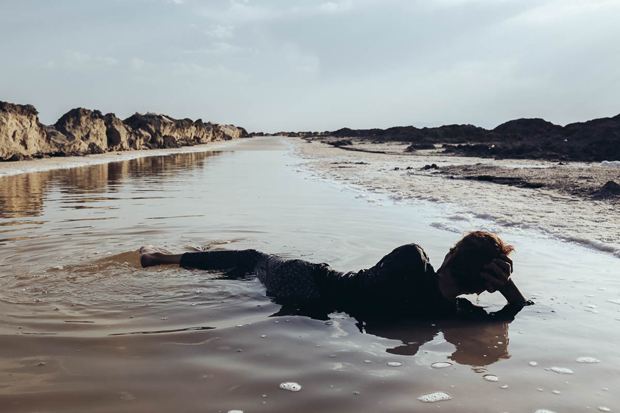 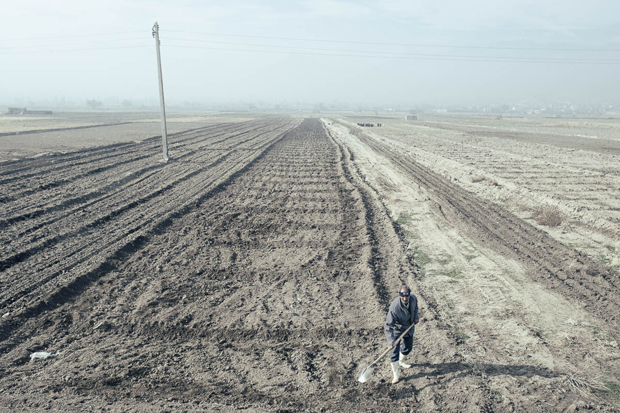 Agriculture is considered as the primary water imbalance driver in Lake Urmia Basin. In addition to the decrease in water flow to the lake, the main impact of irrigation mismanagement is the resulting soil salinization due to the poor water irrigation. 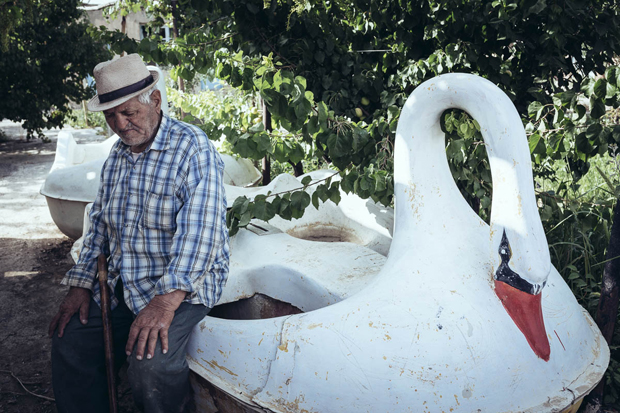 What has been your experience of being a female photographer in Iran?
“A woman photographer here is not fearless. I have been arrested and I’ve experienced harassment from people when photographing in villages and crowded places. I feel scared and vulnerable whenever I’m out alone in unfamiliar places, especially in small towns and villages. For instance, when I first began working on the Lake Urmia project, I travelled alone to the villages around the lake, but the village men asked me so many questions about why I was alone out there and if I was married, that I intended to travel with photographer friends (all of them were men). However, even traveling with friends had its own problems. The biggest problem was that I was afraid of being caught by the police, because I was not related or married to any of my travel companions. The second challenge was that we had to tell lies about being related or married to each other. Of course there is also the problem of discrimination. Many people in Iran’s male-dominated society believe that really powerful photographers must be men.

“The final issue surrounds my own family. It is not easy in Iran for women to travel alone, or even travel at all. When I first started photography and I told my father that I needed to travel sometimes, or must wander the city for long periods (sometimes even at night-time), he didn’t accept it and said I should work on stories that don’t require me to travel. It was only after getting married that I managed to convince my husband to allow me to travel alone or with friends.

“Being a female photographer undoubtedly has its advantages though, particularly in a religious country. It helps when photographing families, women, girls, and weddings, and it gives you the opportunity to enter people’s homes and personal spaces.” 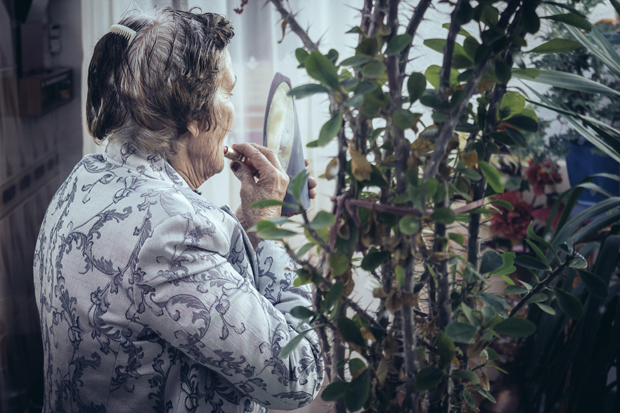