Tiger Attacks, Child Marriage and Rising Sea Levels: A Glimpse Inside the Lives of Bangladesh’s Most Marginalized 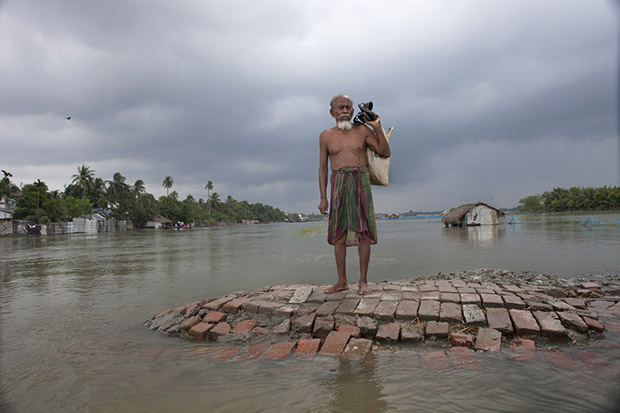 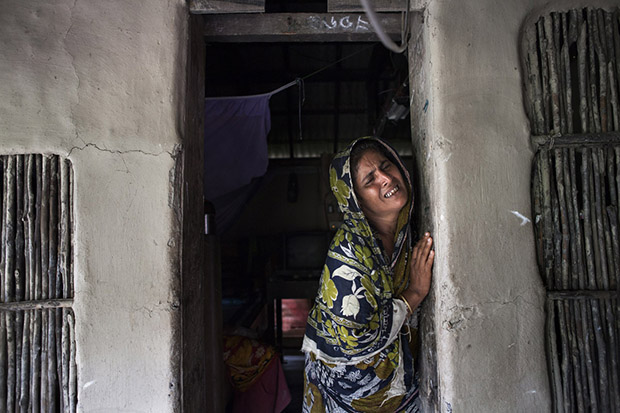 Rizia’s husband Mazed was killed by tiger attack in 2012. She has three children. With man and beast competing over less and less land, such attacks (and poached tigers) are sure to increase in the future

Probal Rashid, a photographer who has documented pollution and Tuberculosis in Bangladesh, where he is based, has turned his lens on climate change as it continues to affect the most marginalized populations of the city for his ongoing work “Climate Crisis in Bangladesh.” Bangladesh, a city that regularly experiences tropical cyclones, river erosion, floods, landslides, and drought, is especially vulnerable to climate change, and sea levels rising can only mean the forced displacement of the most at-risk population.

Rashid notes that it is impossible to predict the exact numbers, but that “the best current estimates state that sea levels rising will displace 18 million Bangladeshis within the next 40 years.” The “vast majority,” he continues, will present its own government with “enormous challenges,” as those affected will most likely be internally displaced, and not not beyond into international borders.

Rashid was inspired you to take a look at climate change when he visited Satkhira in 2011 on an assignment to cover flood-affected regions in the area. “Shatkhira,” he writes, “is a low-lying region of Bangladesh on the front lines of climate change. Villagers have been suffering one disaster after another since 2007 when the cyclone SIDR attacked. Every year they have to live in rehabilitation camps or temporarily built house for 4 to 5 months during the monsoon due to floodwater.” He returned in 2012 and realized the situation was urgent and that he needed to make work on the changing landscape immediately.

The project is partially commissioned by the NGO Bread for the World and Diakonie, a social welfare organization from Germany, where he contributes photography for their report on climate change called LIGHTHOUSE, a long-term climate change adaption and mitigation project in Bagerhat, Satkhira and the Barguna districts of Bangladesh.

In addition to natural disasters, many people who are internally displaced often face different kinds of threats to their livelihood in their new environments. The husband of a woman named Rizia, who was photographed by Rashid for this project, was killed by tiger attack on October 17th of 2012 when he was “catching fish near Sundarbans forest in Satkhira.” Rashid adds, “thousands of men and women go into the Sundarbans forest in Southern Bangladesh every day to gather honey, collect firewood, or catch fish and crabs.” Doing so “puts them at a great risk for tiger attacks,” but they must make a living. “In almost every village there is a woman…commonly referred to as a “Bagh Bidhoba,” or, “Tiger Widow”, whose spouse has been a victim of a tiger attack. Some people call Gabura (one of the villages in the Satkira district) “The Tiger Widow Village” because of the frequency of these attacks.

Rashid adds that the men “usually re-marry within a few months, but the women do not. As most women are wed when they are still children (usually between the ages of 9-14) they have virtually no skills outside the home, and end up living a life of poverty, barely able to support their children.” 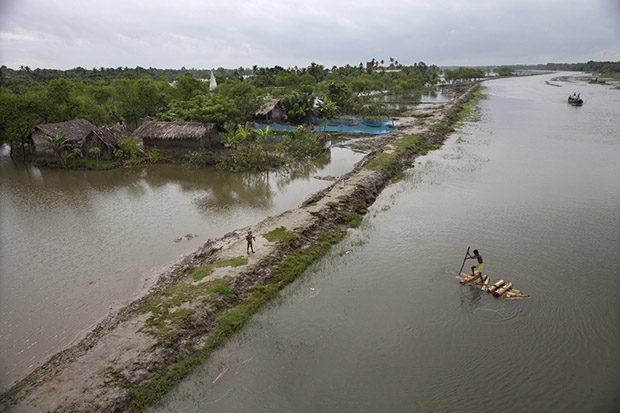 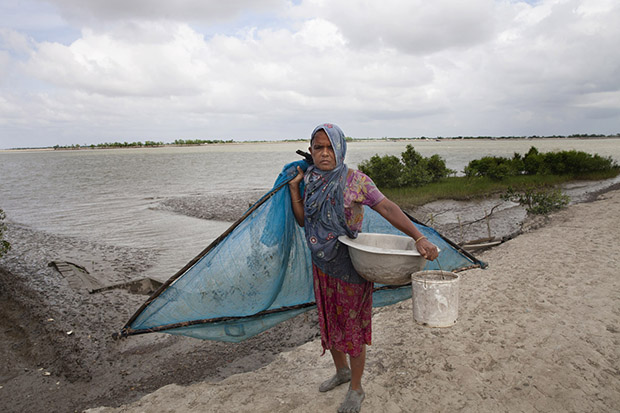 A woman catches small fishes with net at Shyamnagar in Satkhira distict, Bangladesh. Thousands of men and women go into the Sundarbans forest in Southern Bangladesh every day to gather honey, collect firewood, or catch fish, crabs and putting themselves at great risk for a tiger attack. 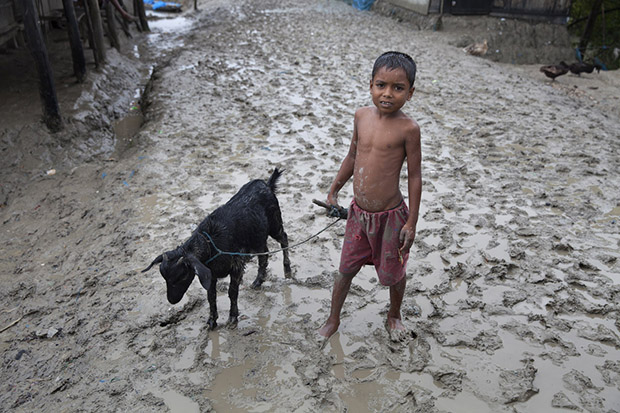 A boy with his goat. The muddy water at his feet is saline and wholly undrinkable. 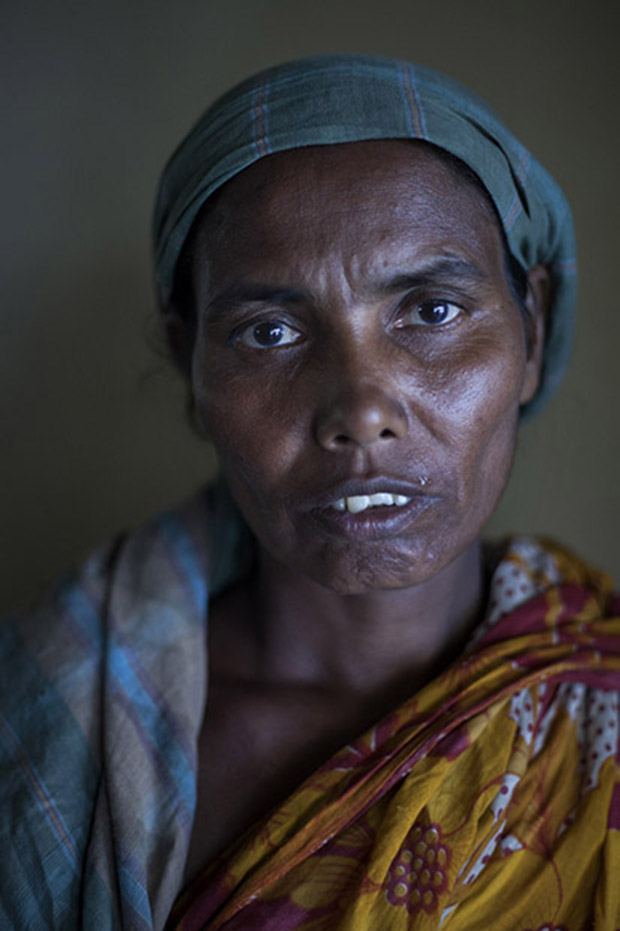 Monowara Khatun, 50, lost her husband during the cyclone Sidr in 2007. She has three children. Life has been difficult ever since the natural disaster 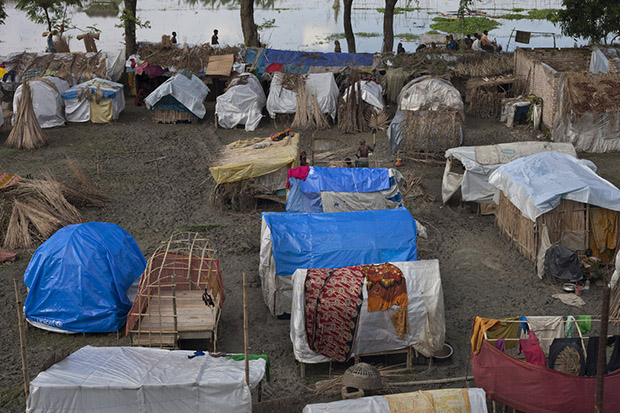 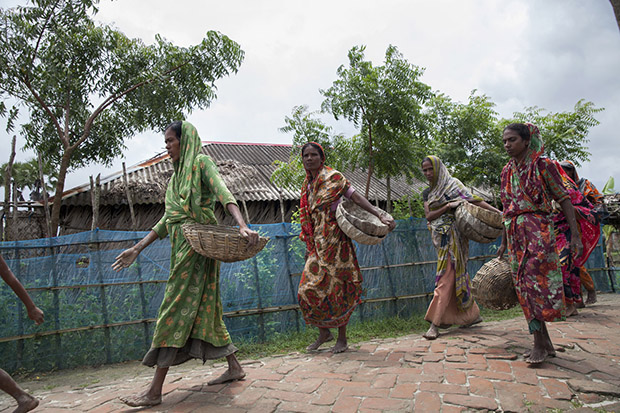 Women going back to their home after a day long work in Shyamnagar, Satkhira. 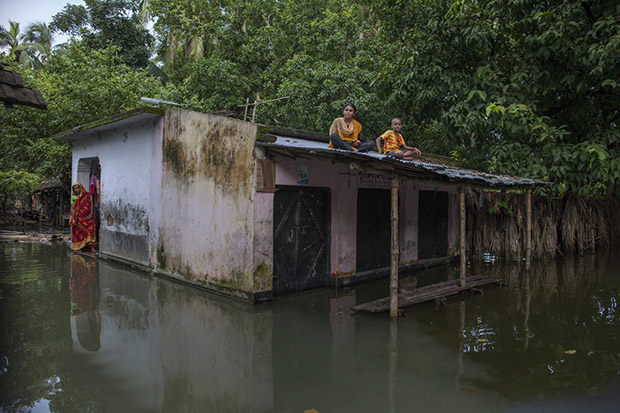 A family trapped by the flood water at Tala in Satkhira. 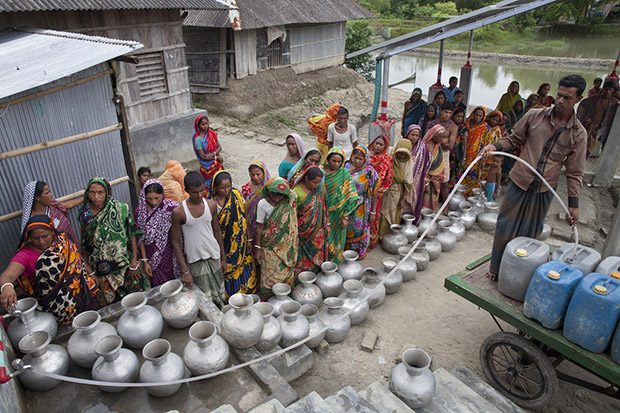 People gather to collect drinking water from a reverse-osmosis plant set up by a local NGO. Despite the excess of water, clean drinking water can be hard to find. 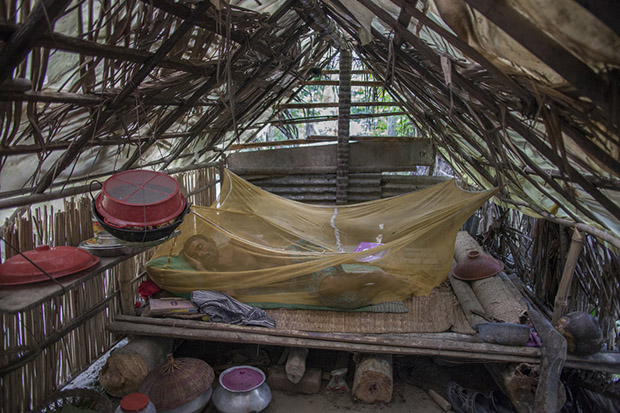 In one of the flood affected areas a man is sleeping in the temporarily built house made of bamboo and plastic sheet. Satkhira, Bangladesh. 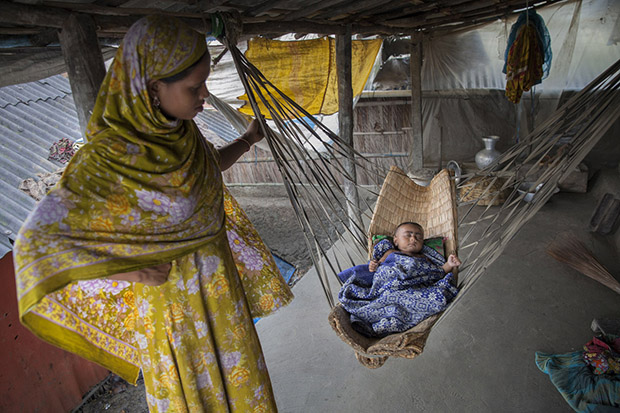 Rani Begum, 15, was married at the age of 12. She stands beside her child in Shyamnagar. The devastating natural disasters—combined with the lack of an adequate government safety net—compound the population’s poverty and drive young women towards child marriage. 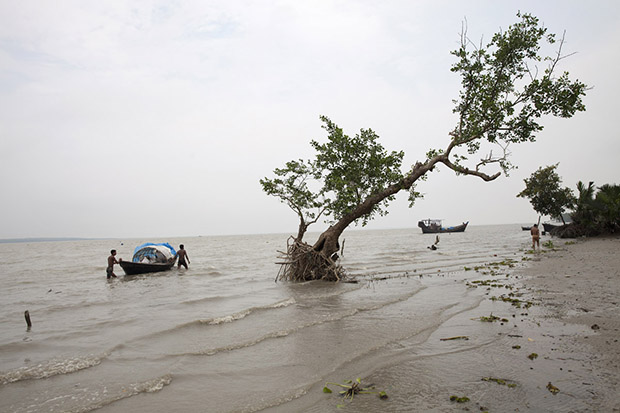 Fishermen catching fishes in a river of Patharghata in Barguna district, Bangladesh