These Photos of the South Island Are Straight from a Dream 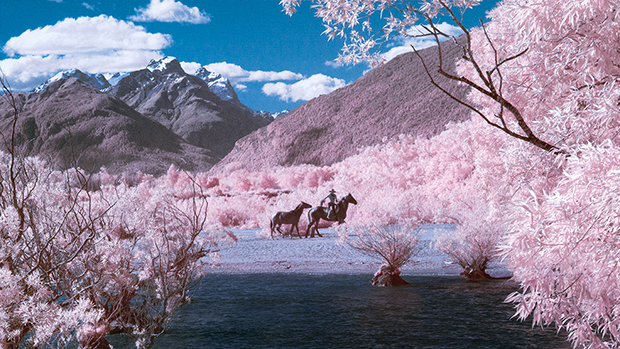 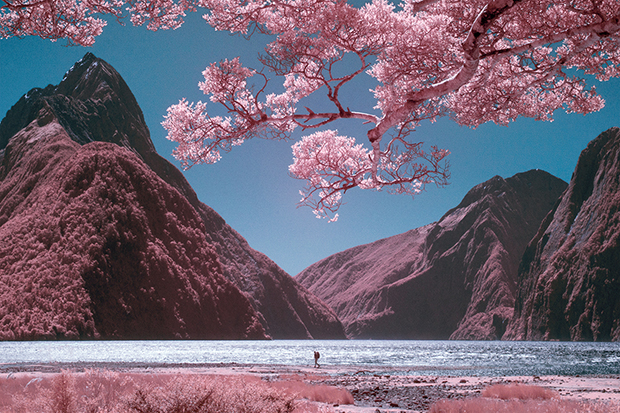 During the two weeks he spent camping through New Zealand’s South Island, the Oakland photographer Paul Hoi heard the sound of a glacier breaking. He watched the sunset from Rocky Mountain, without another soul in sight. Along the way, he encountered wild rabbits and kea birds, elk and alpaca. He spotted goats on his way back to camp. He saw waterfalls emerge from curtains of mist. “The two solitary weeks on those roads were two of the best weeks of my life,” he tells me. “But it’s important to me to push all my work into the fringe of the otherworldly.” For that reason, he chose not to record his journey but to reimagine it in infrared with help from a modified mirrorless camera with specialized filters.

Hoi remembers the roots of infrared photography, beginning with the early applications within the military and extending outwards into Richard Mosse’s documentary pictures from a war-torn DR Congo. He kept that history in mind when veering in an alternate direction; rather than photographing the realities of tragedy and violence, he escaped into the hallucinogenic realm of fantasy.

Nearly four years ago, Hoi traveled to Iceland with expired Polaroid film. As with his trip in New Zealand, he stayed for two weeks, and he was accompanied by no one. The solitude of the artist only heightens the sense of unreality we find in his pictures. On the South Island, we encounter other people, but they’re tiny and faraway. Most travelers take photographs that say “I was here.” Hoi’s photographs wink and tease, “I imagined I was here.” Looking back at all he told me he saw, the photographer admits, “All of these singular moments seem to compound and take on a dreamy haze when you’re on your own.”

Of all the memories he carries with him from the South Island, his favorite is one he describes as relatively “mundane.” It was dusk at Milford Sound, and two figures in the distance were playing in the driftwood. “I couldn’t hear the people above of the waves and the wind, so it was almost like watching a silent film,” he writes. “It almost felt weirdly mythical, eternal, although the whole thing couldn’t have lasted more than a couple minutes at most.” Now, months later, he still rewinds that scene and plays it again and again in his mind’s eye. 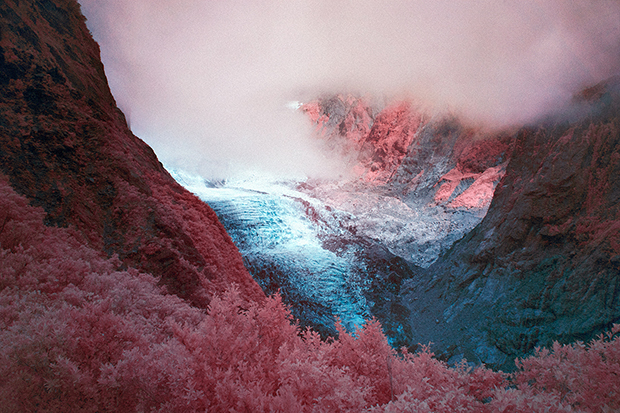 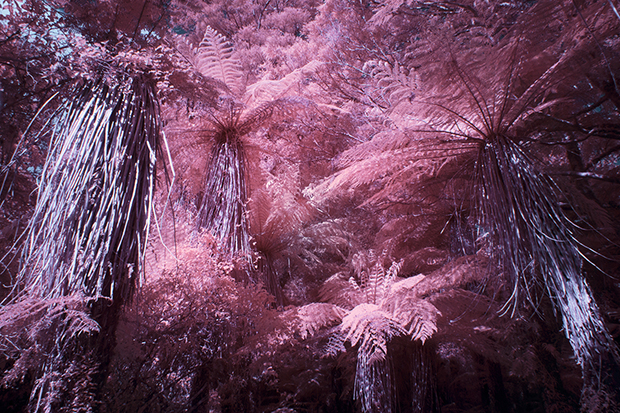 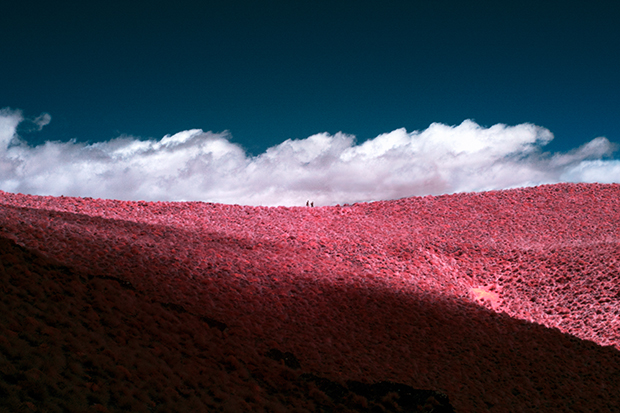 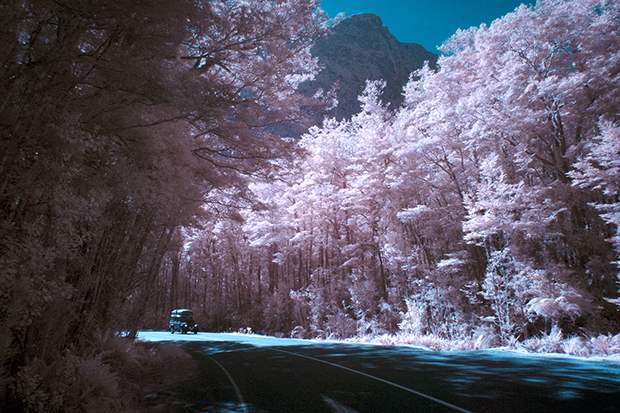 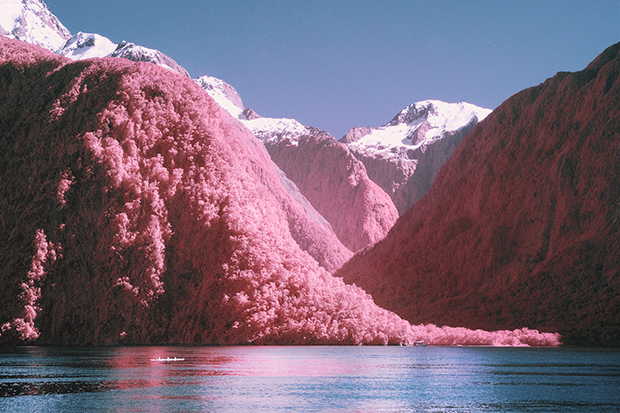 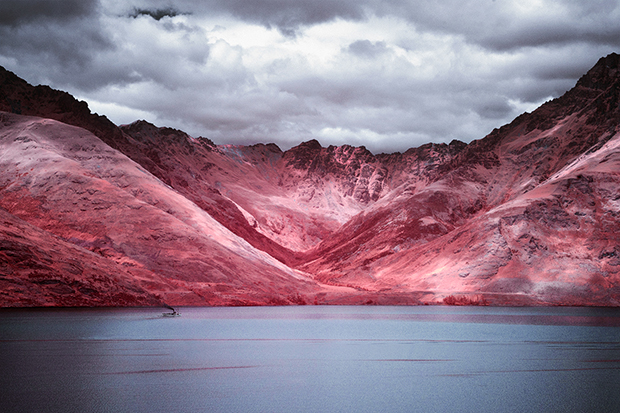 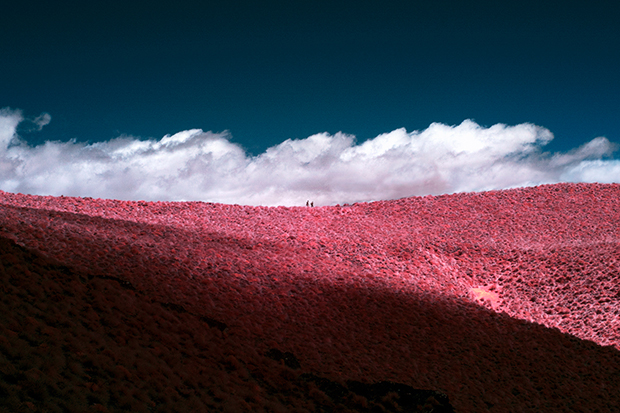