Stories from the Sea in Greenland 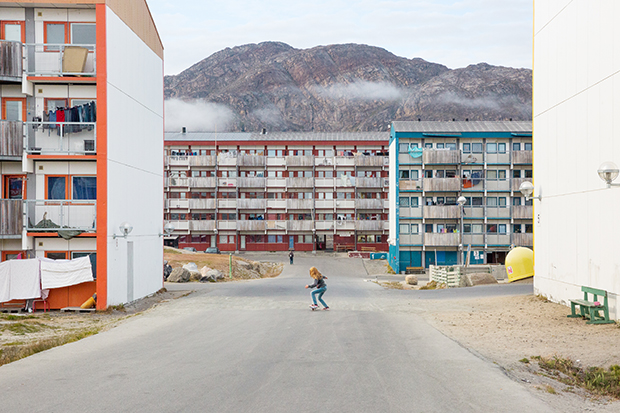 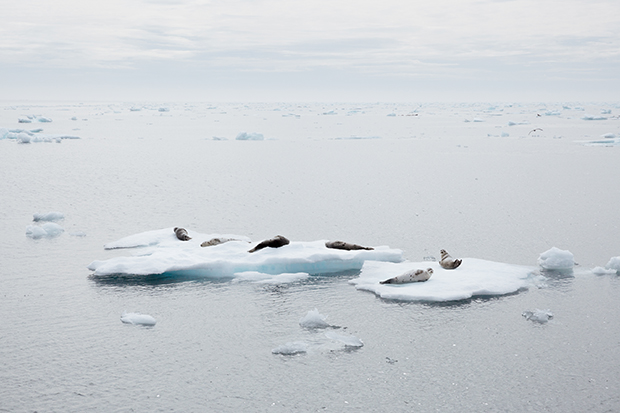 90% of the immense land mass that is Kalaallit Nunaat, better known to anglophone speakers as Greenland, is covered in ice. The territory is known for its icebergs, wildlife; its vast wildernesses and traditional communities. But how are climate change and modernisation changing the the traditions of those who have long relied on hunting and fishing for subsistence?

As a consequence of climate change, the ice, which has long defined the territory and the cultural traditions of those whose reside there, is melting fast. The exploitation of finite resources and the threat to the fragile biodiversity are issues with which the people of this land are now having to come to terms.

“Modernisation is a problem for these communities too,” explains French photographer Camille Michel. The suicide rate in Greenland was twice the average of Lithuania between 1985-2012. “Greenland’s rapid development has led to a loss of cultural identity among the younger generations,” says Michel.

The photographer has been travelling back and forth between France and Greenland for the past four years. “I have always been attracted to the idea of exploring remote areas, meeting the inhabitants living there, and listening to their stories,” explains Michel. “I first went on a few trips to Lapland. When I was in Inari a few years ago, I met a Sami musician who was a committed activist. He told me a lot about his people and its disruptions. I then became highly interested in the development of these countries that are so often described as wild, authentic, and virgin.”

In June 2016, she left Paris to embark on a small-scale expedition between Quebec, Terre-Neuve-et-Labrador, Nunavut and Greenland to work on her project Stories from the Sea. During the four month expedition, the vessel dropped anchor in multiple places only accessible by boat or helicopter—places where nature is still omnipresent. The stops were often long—Michel spent one month in Ilulissat in order to immerse herself in the local community. The photographer’s objective was to observe the country’s contrasts and draw up a contemporary portrait of the daily life of Greelandic people and the impacts of modernity closer to nature.

This was Michel’s first time sailing on a ship, though she tried her hand at everything, from steering the ship, to washing and cooking. “Every day there was a work rota, and every person on the boat had something to do. When you’d finished you task, you could do whatever you wanted.”
Though modernity and tradition co-exist in this country that like so many, is brimming with contrasts.

The first airports were constructed in Greenland by American troops during the second world war, allowing the country to open up to the globalised world. Social housing flourished in Greeland’s major cities, where there are tourists and supermarkets, though the development efforts were concentrated in the southern part of the country. “In rural areas, especially in the northern part of the country, houses seldom have running water,” says Michel, “but everyone has a car, a TV.” These were imported when Greenland was a Danish colony.

“Fishermen still wear seal skin outfits in the north,” she continues, “but they all have internet-enabled smartphones, and Facebook exists even in small, isolated villages.” Young people are drawn to the big city by what they see on social networks. “Fishing and hunting are still big activities, but nowadays in big cities they consume a lot of imported goods—pizza, cheese, bread and wine are all very popular. At the front of some houses you can see seals skin drying out next to a bath towel with the bust of Justin Bieber.”

It’s curious contrasts like these that have drawn Camille Michel to Greenland, but also the remoteness, the beauty and wildness of the environment.

“(Human) life so close to nature is incredible,” says the photographer, “Greenland’s scenery is mind-blowing, and the light in the arctic is very unusual—the sky goes through all possible shades of colour. It’s fantastic for a photographer. Everyone dreams about these places ‘at the end of the world’. Despite the problems they are currently facing, these places are magical and fuel the imagination.”

Camille Michel was able to create Stories from the Sea with the support of the expedition boat Le Manguier in June 2016. 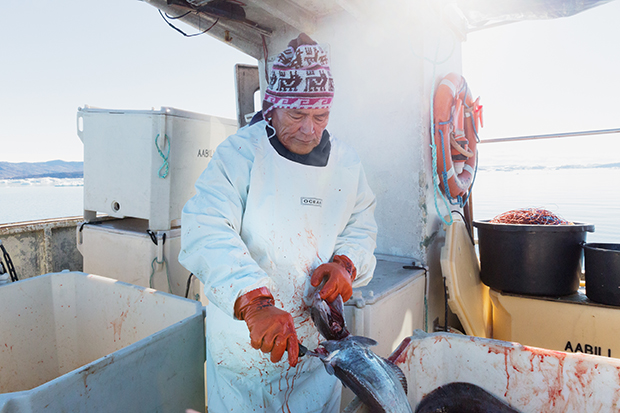 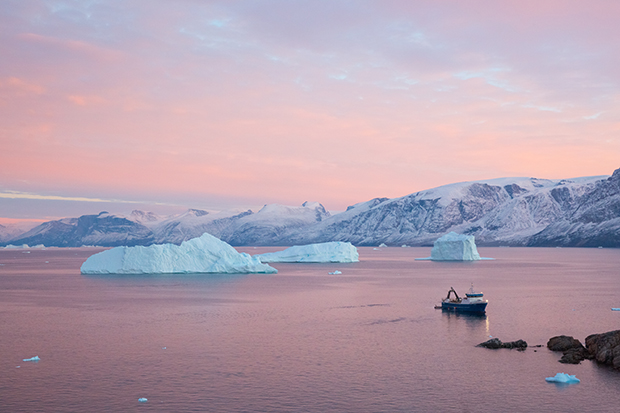 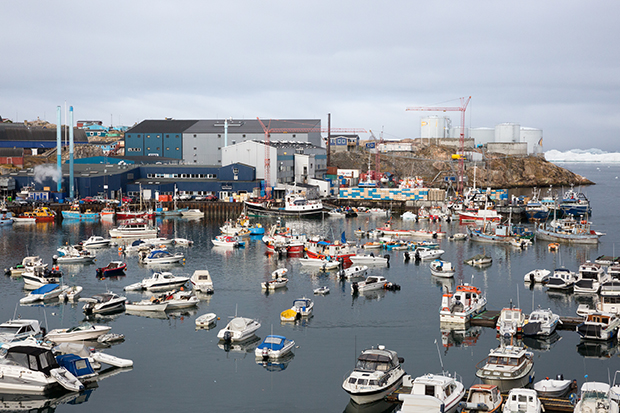 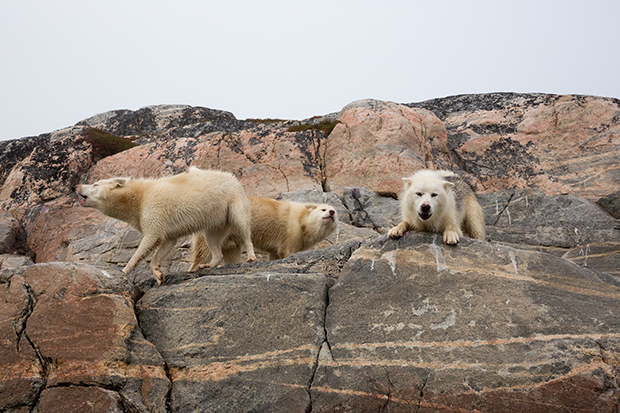 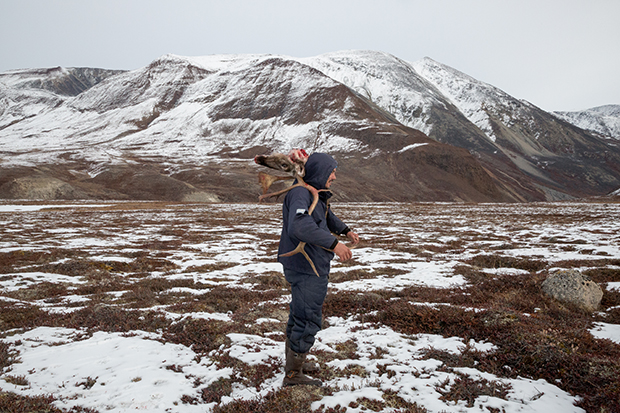 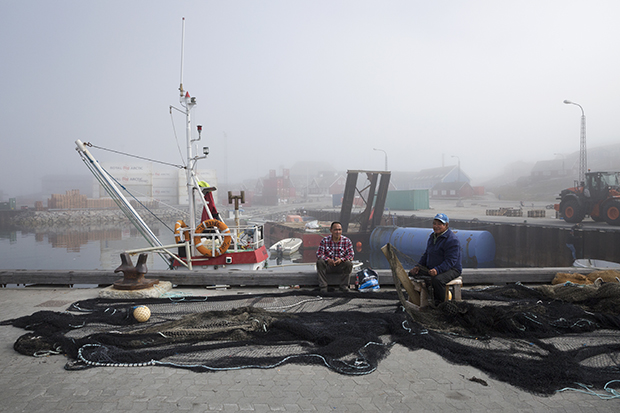 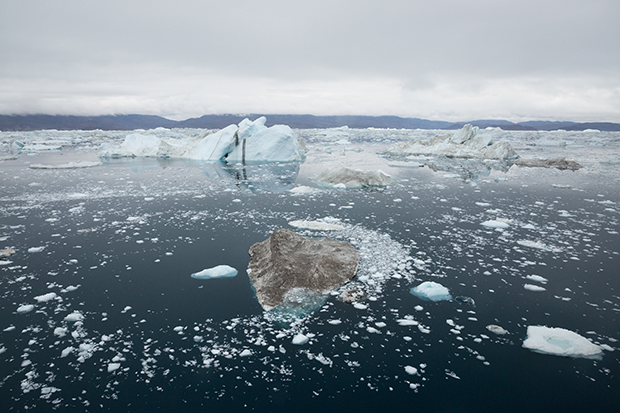