Poetry and Mythos on the Island of Uummannaq, Greenland 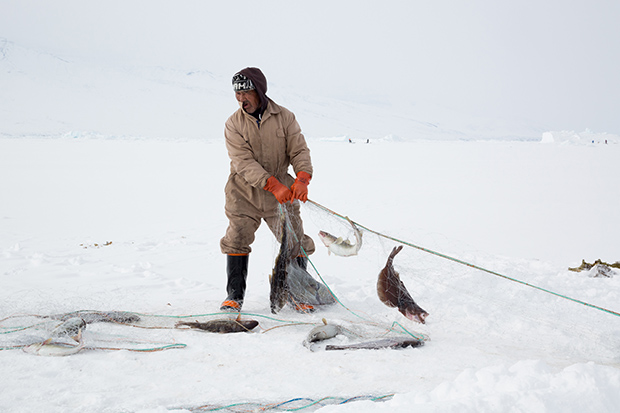 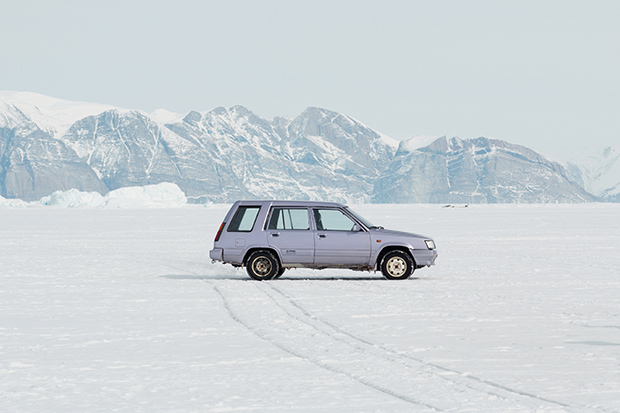 Living for two months amongst the drift ice of the small island of Uummannaq, Greenland, French photographer Camille Michel recognized one English word repeated frequently amongst the native tongue of Kalaallisut: “ghost.” Here, in this sequestered island where a mere 1282 people make their home, the terrain is haunted by ancient spirits and decidedly modern demons. As the outside world descends upon the mythic landscape, pollution increases. The ice is melting, and children are leaving home for the city. These pictures are the photographer’s testament to what remains.

Uummannaq is named for the heart-shaped mountain that rises over the little houses where fishermen and hunters lay their heads to rest after long days at work in the bitter cold. For centuries, men and dogs have toiled together, making sense of an inscrutable land, dominated by folklore and rituals handed down from one generation to the next.

“The environment is perfect for strange stories,” says Michel, who spent her days with the locals and nights in a small house on loan to her for the time of her stay. There was indeed a language barrier, but the people of Uummannaq were communicative and friendly, expressing their thoughts in broken English, Danish, and body language. The photographer rode on a sled; she heard tales of Qivitoks, the legendary “hermit warriors” gifted with supernatural speed.

Despite all the poetry of these people and their history, Michel observed a changing of the tides. The modernity of Denmark and the surrounding areas is encroaching on the community, and new technologies and conveniences are making their way to Uummannaq’s shores.

As the island struggles to catch up, they are left with precarious solutions to new problems. There is nowhere to put waste, so it’s burned, contributing to the pollution of freshly arrived, imported automobiles. The fish and mammals are moving away to less dangerous, contaminated waters. Young people are choosing cosmopolitan lives away from the island, and the dogs can feel the thinning ice crack beneath their feet.

Michel will never forget the eery light that drenched the island at sunrise, and the place still lingers with her like a scene a dark fairytale heard long ago. When asked how long she thinks this community and their way of life will endure, she admits that extinction isn’t the future she sees for Uummannaq. “I believe that there is hope,” confides the artist, “people are starting to understand.”

Camille Michel is a winner of the Second Annual Feature Shoot Emerging Photography Awards, and selected images from Uummannaq will be on view at United Photo Industries in DUMBO, Brooklyn as part of the exhibition (opening TONIGHT) Developed: Five Emerging Photographers. 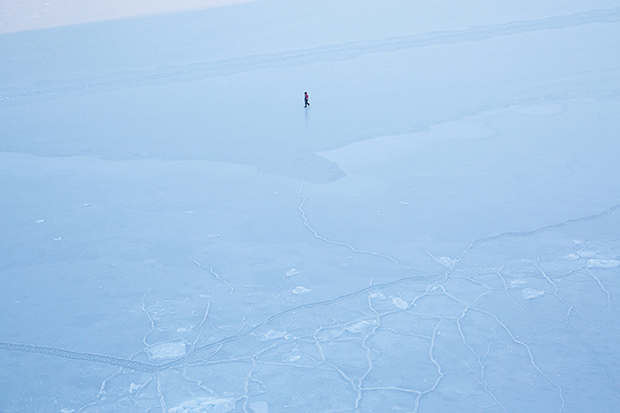 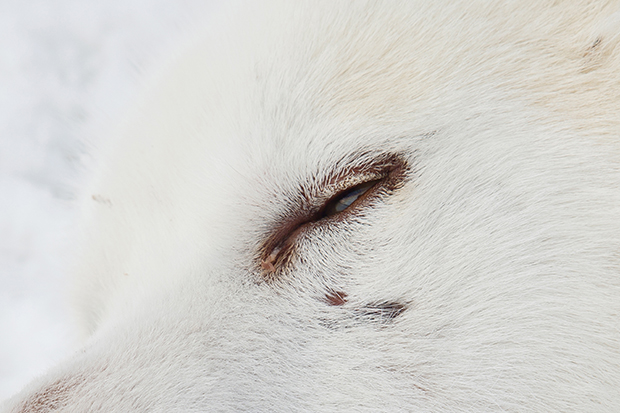 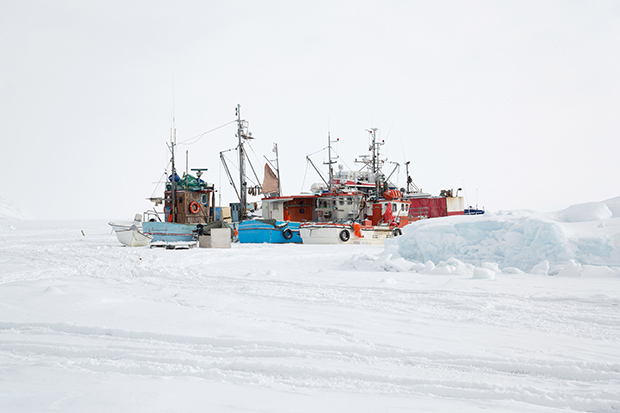 Boat stuck in the ice 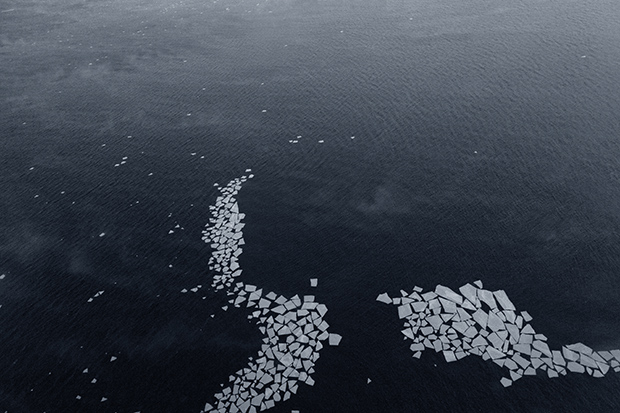 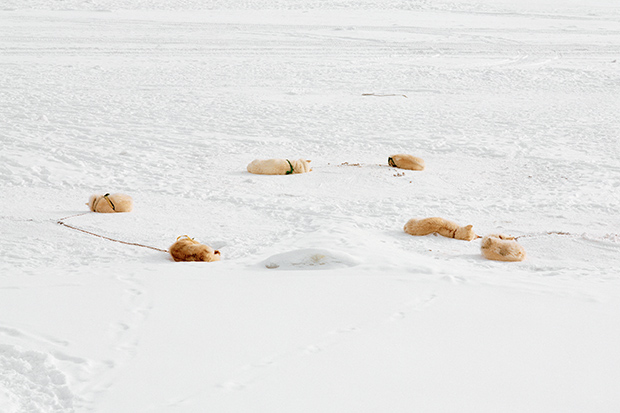 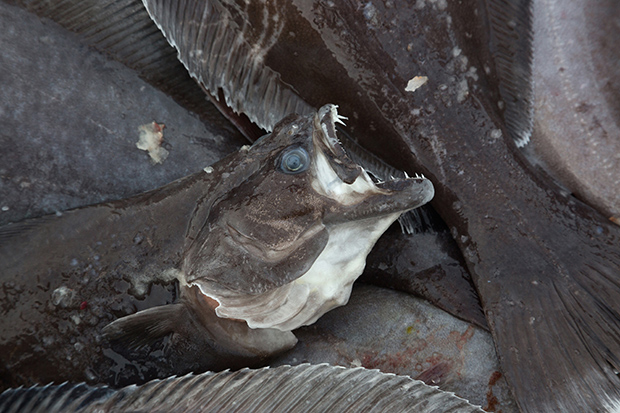 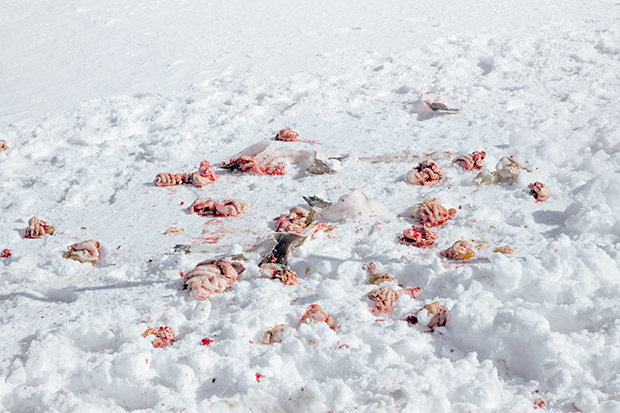 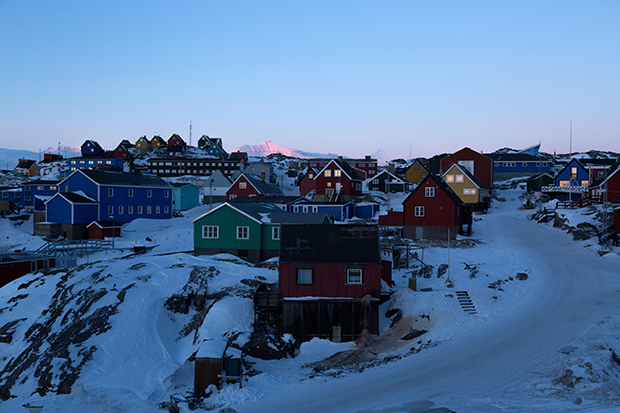 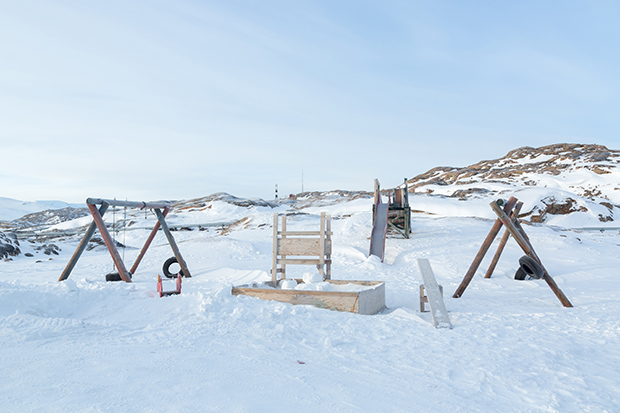 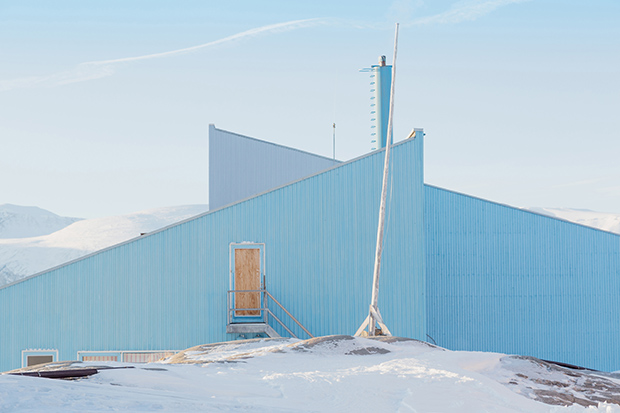 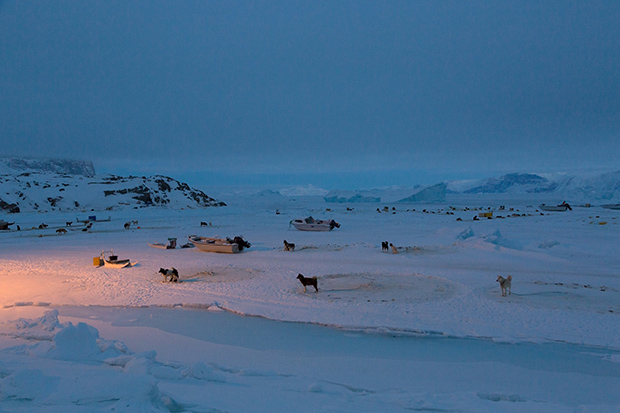 Pack of dogs on ice looking for someone 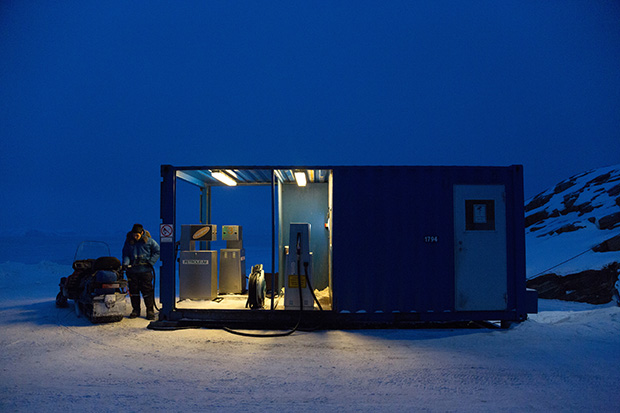 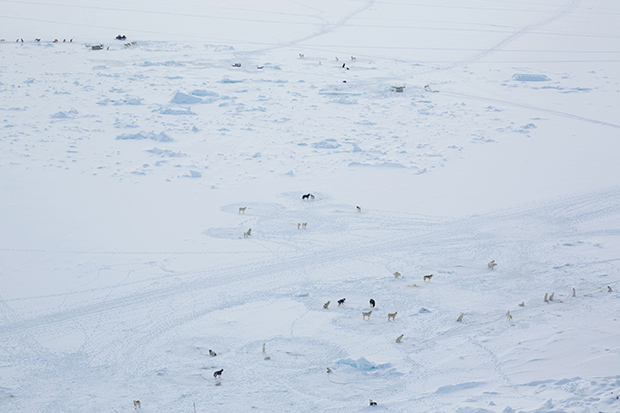 Pack of dogs around Uummannaq 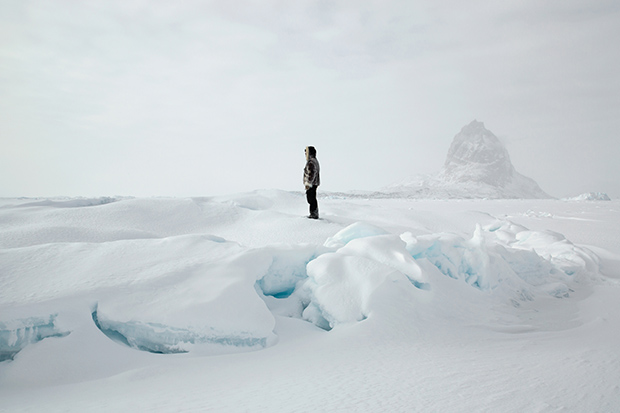 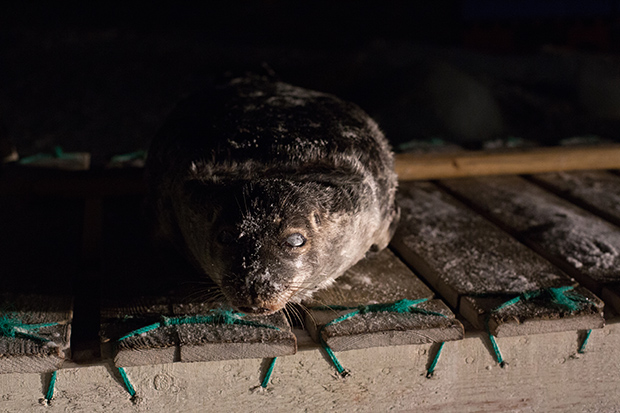 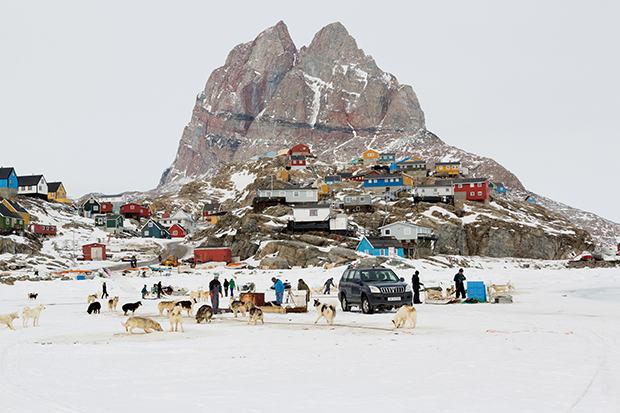 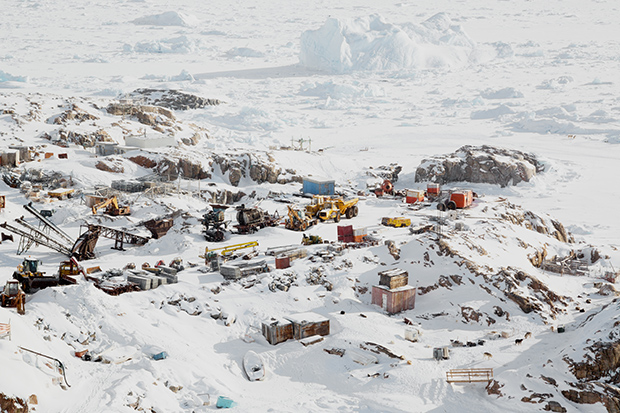 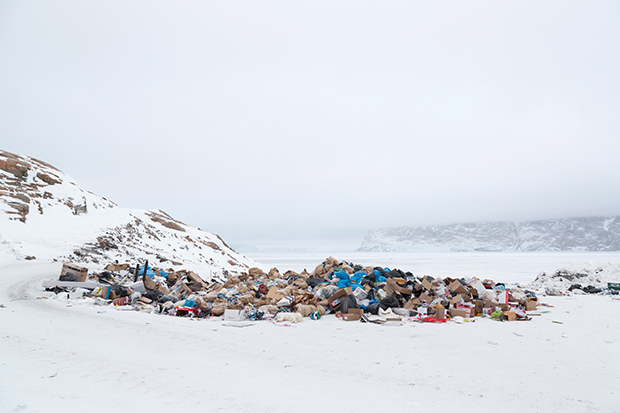 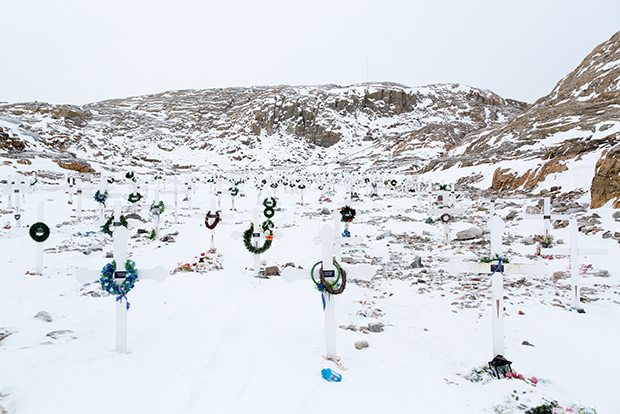 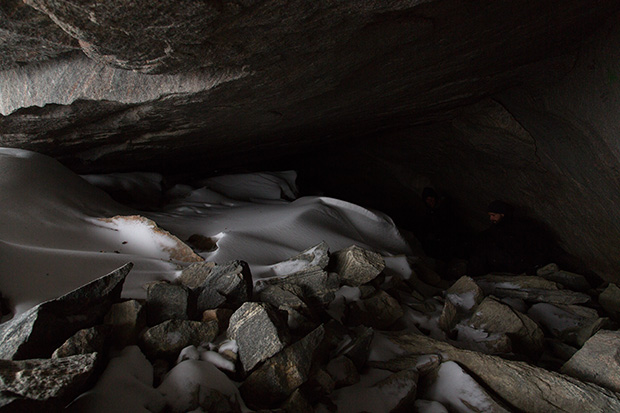 Cave of the Hermit 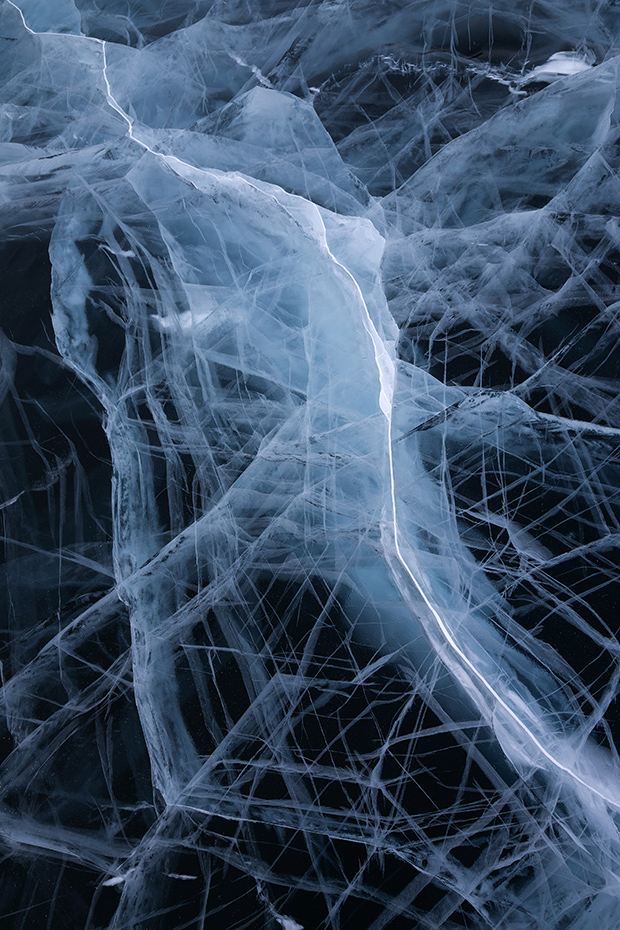