The Harrowing Floods of Bangladesh, in Photos 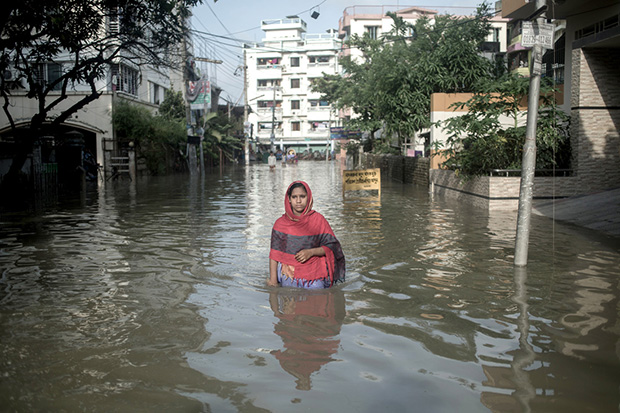 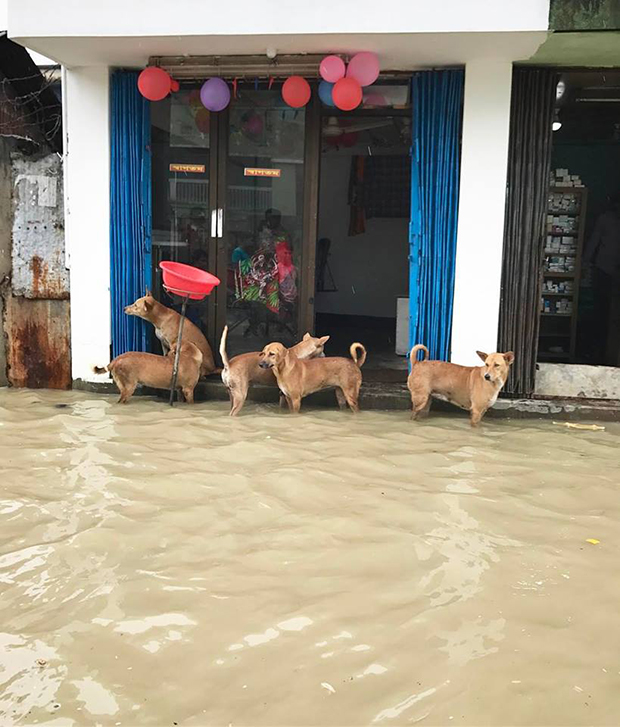 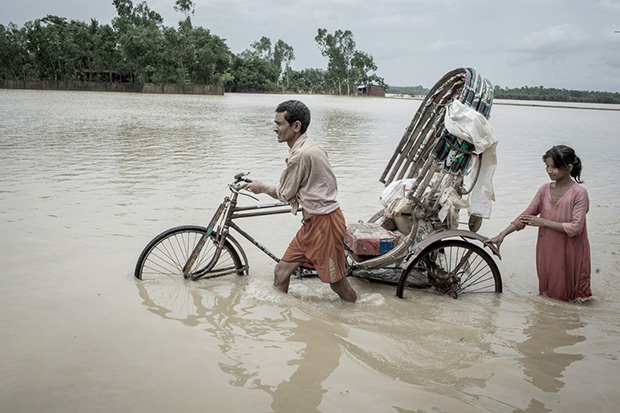 A rickshawala, with the help of his daughter, tried to cross a flooded road in Ramu.

“I am documenting what’s around me not only as a photojournalist, but also as a victim,” Jashim Salam says. In Chittagong, Bangladesh, where he lives and works, rising water levels during monsoon season have left houses and places of business below water. “It started very slowly, six or seven years ago,” he tells me. “The water is rising year by year.” Water World is his ongoing record of the people and lives affected by the floods.

As a major urban center, Chittagong is already home to climate refugees from rural areas, but Salam worries about the future of the city. When the floods are bad, school and work stop, and the water forces families to make major changes at home. In conversation with Wired in 2014, the photojournalist himself explained he had lifted the floors on his house and built additional walls to keep the floods from disrupting his life completely. On some occasions, certain rooms have become unusable, and his well has been polluted. The water has made members of his family sick.

According to a 2013 study by The World Bank, Bangladesh will bear a brunt of the damage if climate trends continue. Flooding, cyclones, and high temperatures will affect the lives of millions of people. Poverty rates will rise significantly. “I discuss these issues with the people I photograph, hoping to raise awareness,” Salam adds.

Salam has a lifelong connection with Chittagong, and that bond separates his body of work from others tackling similar subjects from afar. These are his friends and family members. “Every year, when people see me working in the areas affect by the flood, they ask, ‘You work every year, but why is the problem not resolved? Why does the water keep rising? Why doesn’t the government take any action? How long we have to suffer like this?'” Families and individuals struggle to find ways to adapt.

“These images are very important,” the photojournalist admits. “I am concerned about losing my roots soon due to tidal floods.” He’s already lost too much. “In 2015, I was documenting my neighbors, and when I returned I found my house was flooded badly, and all our household stuff was destroyed, including my cameras, photographic equipment, and important papers and publications,” he remembers. It’s his hope that his photographs will help to protect the place he and millions of others call home.

Jashim Salam was a Nominee in the Photojournalism category of the 2nd Edition of the PhotogrVphy Grant. 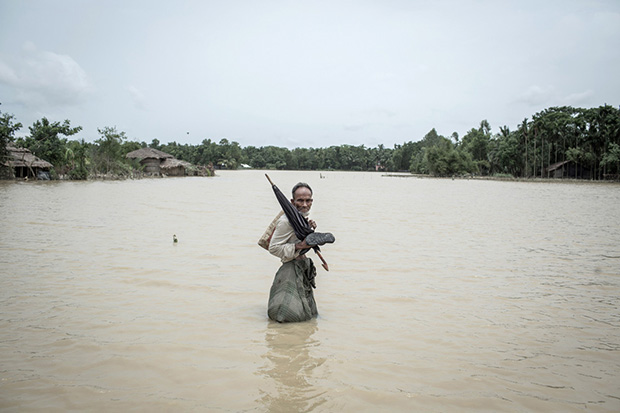 A man crosses a flooded road at a village in Ramu to reach his flood-affected home. 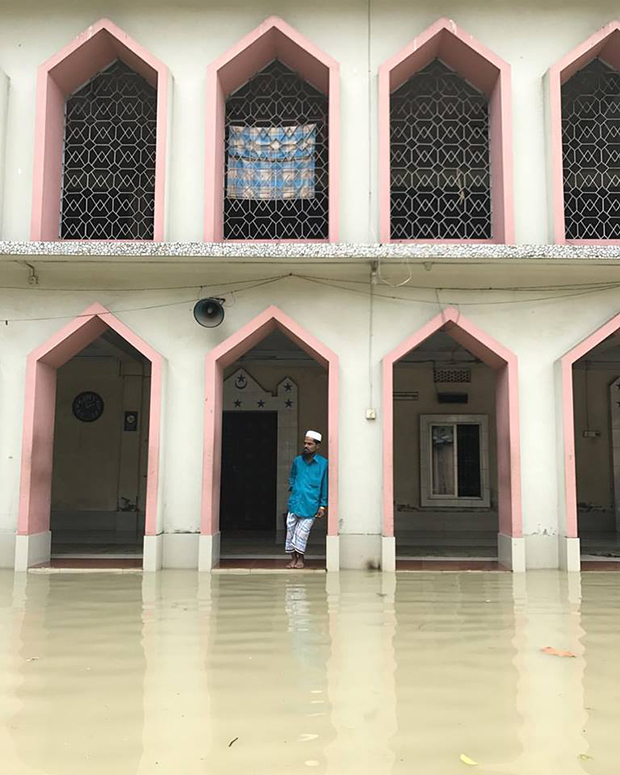 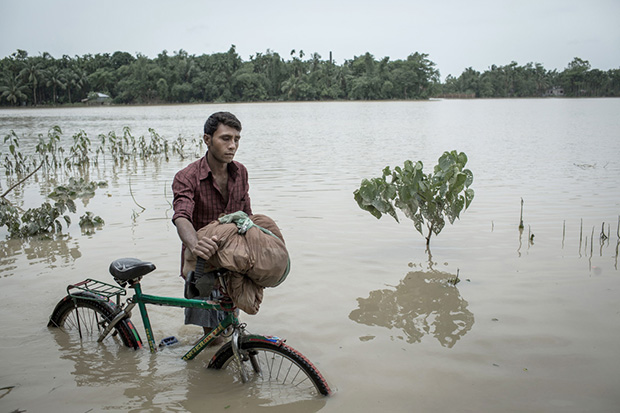 Nurul Alam, 25, tries to cross a flooded road to reach his home after five days at a flood shelter. 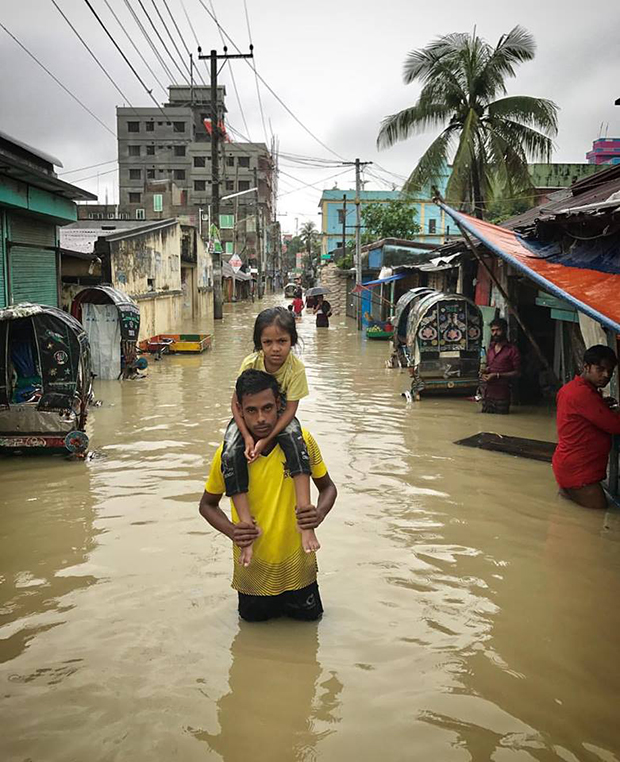 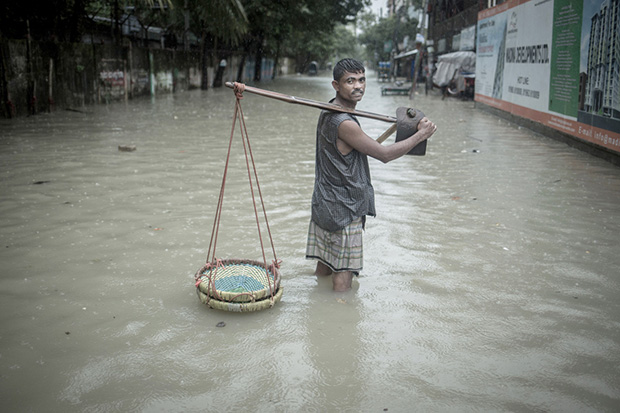 A daily laborer wades through flood water for work during a tidal flood in Agrabad CDA,Chittagong. 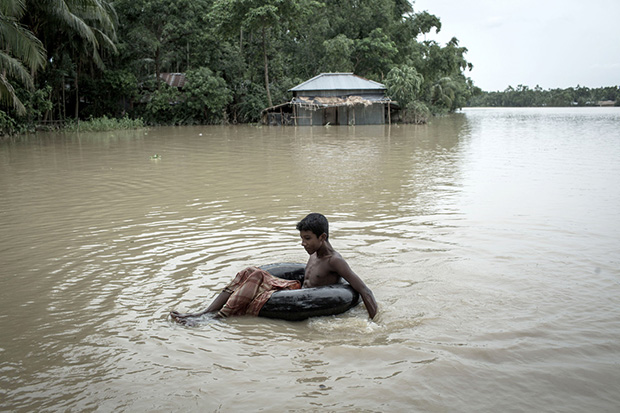 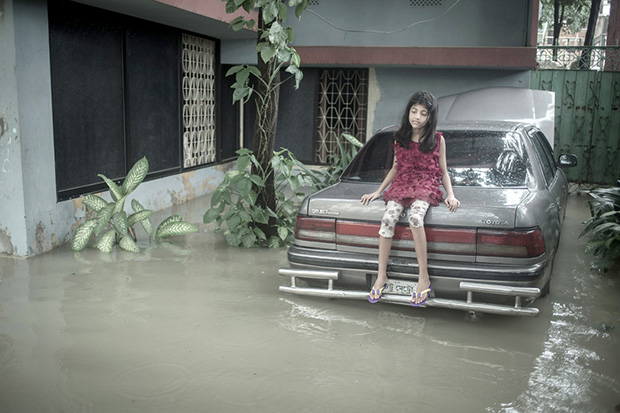 Saraf sits on a submerged car and looks at her home, flooded by tidal surge.