Moving Portraits of Young Girls in Bangladesh Learning How to Surf 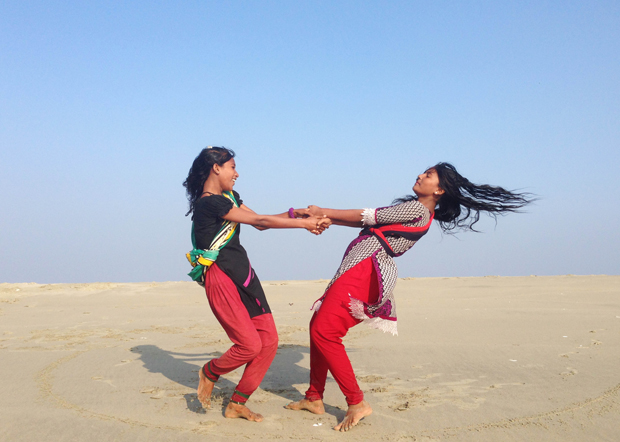 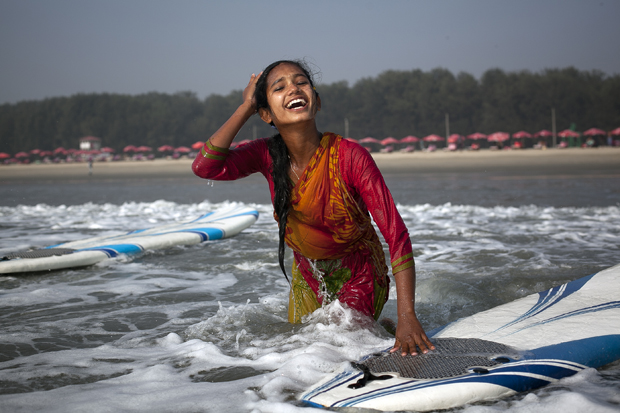 Along the sandy shores of Cox’s Bazar, Bangladesh, a group of eight young women aged ten to thirteen work from from early morning until late night selling jewelry, water, and snacks to beach-goers. Having left school to support their families, Johanara, Aisha, Shumi, Suma, Rifa, Mayasha, Nargis, and Shobe Majaraz have been plunged into a treacherous adult world, wherein food is never certain and the threat of child marriage or unsafe domestic employment looms close at hand.

Despite the challenges faced by each girl, Dhaka-based photojournalist Allison Joyce has discovered the one place in which they are allowed to be children: the water. The photographer was first introduced to Cox’s Bazar lifeguard Rashed Alam and his wife Venessa Rude in the fall of 2013; a few weeks into their friendship, she learned that the pair had taken the group of girls under their wing. Where Alam, who grew up in similar conditions, devotes an hour or two of his afternoons to teaching them how to surf, Rude tutors them six days each week. The local Cox’s Bazar Lifesaving and Surf Club watches out for the girls, checks in with them, and encourages them to join in activities and surf competitions.

The surf lessons and mentorship the girls receive on the beach has helped them to build a strong foundation of confidence and self-worth and to imagine a life for themselves outside of the oppression that dominates much of the country. Bangladesh, notes Joyce, holds the second highest international rate of child marriage, and especially in poverty-stricken households, girls are married early to alleviate financial strain; women rarely are afforded the opportunity earn livable incomes. Women and girls who refuse to marry have been the victims of acid attacks, and the girls are sometimes sexually harassed on the street as they make their daily route to the beach.

Since working with Alam and Rude, the young women have shared dreams of growing up to be surfers, lifeguards, and in the case of one girl, a doctor. They hope that marriage will be a choice they make well into adulthood. Still, obstacles stand in the pathway to their bright futures. Family members at times have a hard time seeing the value in the sport, preferring that their children be working each hour of the day. Sometimes, they feel that the surfing goes against the deeply ingrained status quo of the conservative community. In the wake of the 2014 elections, the country has been plagued with violence, and tourism has declined, leaving the girls with a diminished income. One, says Joyce, was beaten for not bringing enough money home and went without food for days.

In collaboration with Heather Kessinger, Joyce, Alam, and Rude have created a fundraiser for the girls in hopes of raising enough for one full, healthy meal and safe transportation for each. With help, Joyce explains that some of the burden can be lifted from their young shoulders, allowing them to a moment off each day to learn. “They are still children, and they deserve that much,” writes the photographer. 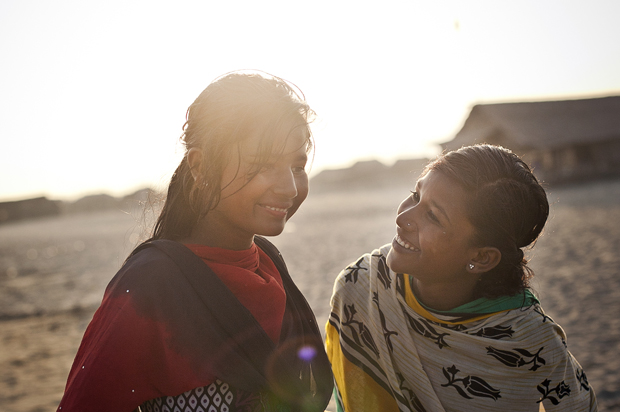 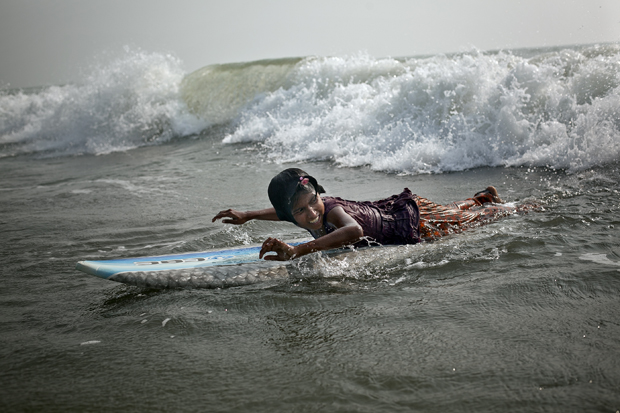 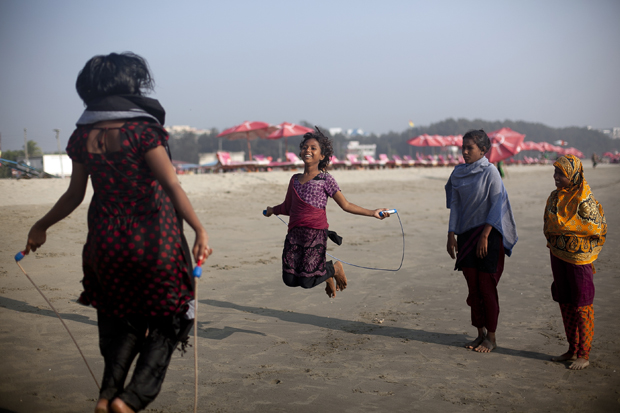 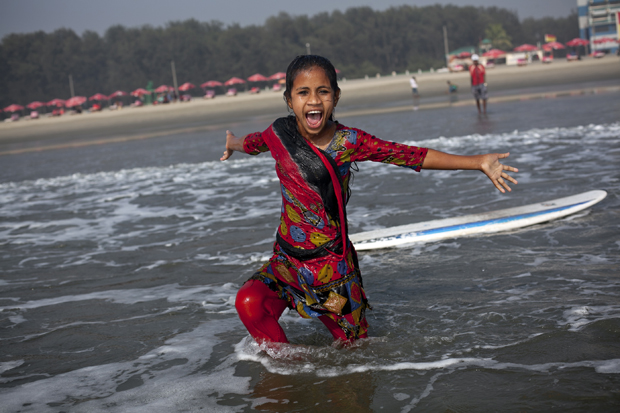