Powerful Photos Made with the Ashes of Deceased Shelter Dogs 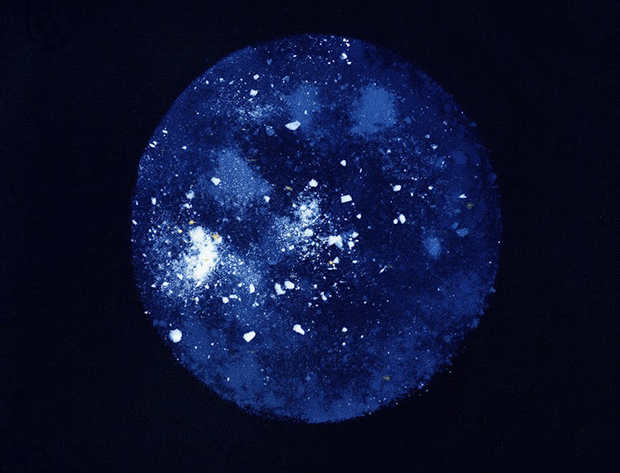 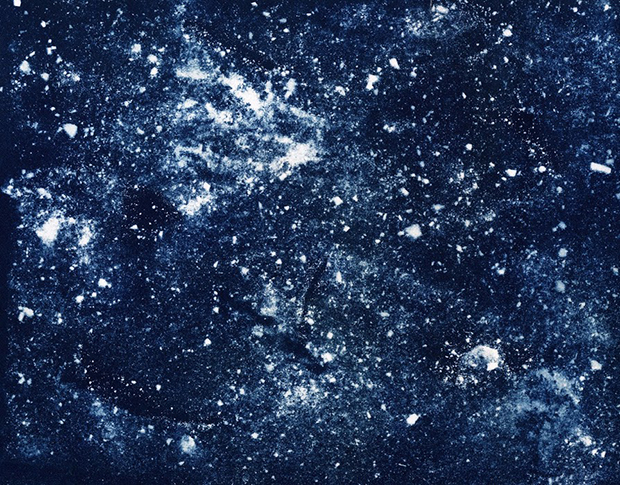 When I first look at Mary Shannon Johnstone’s Stardust and Ashes photographs, my husband leans over my shoulder and whispers, “Wow, is that the universe?” The pictures look like constellations–Orion, Pegasus, Leo, Canis Major. In fact, they are cyanotypes made using the ashes of cremated dogs from local animal shelters. These dogs, while living, were discarded; they were unable to find homes and families, and they were euthanized.

The project was personal for Johnstone from the start. The artist’s father died three years ago, and on Ash Wednesday, she made her first solar-gram using his remains. She thinks of that initial image as a portrait; in spite of his absence, it became evidence of a tangible presence that lingered in memory after death. “I thought about what a gift it is to be able to mourn for someone,” she tells me.

Johnstone has advocated for shelter animals for years, first through her documentary project Breeding Ignorance and then through her ongoing series Landfill Dogs, which features portraits of at-risk dogs playing at a park that was once the site of a landfill for euthanized animals. Of the dogs she’s photographed, 161 have been rescued or adopted. Six are still at the shelter, and twenty were euthanized. Her father participated in some of the photo shoots during his life.

For Johnstone, grieving her father’s death came with the understanding of all the creatures who pass away without leaving anyone behind. Homeless dogs, if they are lucky, are held by shelter volunteers and staff members as they are euthanized. Few people learn their names. When Johnstone witnessed her first euthanasia years ago, she was told not to cry. If she couldn’t contain her emotions, she would be asked to leave the room. The loss of that anonymous dog was to be mourned in private.

Although most shelters still use landfills, some cremate their animals. Johnstone wrote a proposal for Stardust and Ashes and sent it to shelter directors in North Carolina, requesting access to the deceased dogs’ remains. The director at the Carteret County Animal Shelter agreed.

The day she went to pick up the ashes, Johnstone met a pit bull type dog named Henry, whom she describes as “a gentle giant.” Sadly, pit bulls are the most likely type of dog to be abandoned and euthanized, due largely to the unfounded stigma that surrounds them. According to some estimates, a pit bull is euthanized in the United States every thirty seconds.

Looking at Henry while carrying the ashes of other dogs in a cardboard box, the photographer made a decision: all proceeds from the project would go to the animals at this shelter. An anonymous couple had already donated funds towards Henry’s heartworm treatment, which would increase his likelihood of finding a home. Johnstone donated the rest.

Once she arrives at home with the ashes, Johnstone takes them into her backyard. She carefully distributes them onto light-sensitive fabric and exposes it for between forty-five minutes and two hours. Between noon and three o’clock, the sun shines brightest. Her dogs and cats usually wander around the area, but only one–a three-legged dog named Jeffrey–has expressed interest in the cyanotypes.

“As I am working, I am quite aware that I am working with deceased animals who were not lucky enough to find a home,” Johnstone says. “It is really important to me to treat their ashes with respect and dignity.” On hot days, she sweats onto the fabric, leaving marks. It used to upset her, but now she lets her own body–her breath and hands–interact with the ashes to create a picture. The final prints are eight by ten inches, and she also makes giant murals at five by seven feet. Because they are fabric, the sun shines through them.

The photographer collects and reuses the ashes. If some spill while she works, she draws around them with chalk to remember their place. If for whatever reason she cannot incorporate the ashes into a new piece, Johnstone lays them to rest with her late dog Lula, whose grave sits in the yard beneath a tree, surrounded by glowing, painted rocks.

Stardust and Ashes is a reminder of the impermanence of life and the recklessness with which we humans treat our fellow creatures. Intentional and unintentional breeding and a lack of regulation on spaying and neutering animals result in an overpopulation of pets, and many of them die because of it. Still, Johnstone’s photos are also a testament to the value of saying goodbye. These dogs will never know we mourned their loss–they’re already gone–but perhaps in remembering them today, we can do better tomorrow. Henry, the dog whose treatment Johnstone helped sponsor, was eventually adopted into a loving home.

Johnstone’s title, of course, is a reflection of that haunting English funeral phrase, “ashes to ashes, dust to dust.” In her images, we find echoes of the line from Genesis 3:19: “dust thou art, and unto dust shalt thou return.” These pictures are about creatures who were ignored, tossed aside, and made to feel small, but the shadows they cast are vast, even infinite. Turning to look at these pictures made of canine remains, my husband sees the stars in the sky. And when he asks me, “Is that the universe?” I want to answer, “Yes.”

Johnstone will donate any proceeds from Stardust and Ashes right back to the Carteret County Animal Shelter. Make your own donation here. The shelter maintains a wishlist of items their dogs need and always accepts volunteers. See dogs available for adoption here. 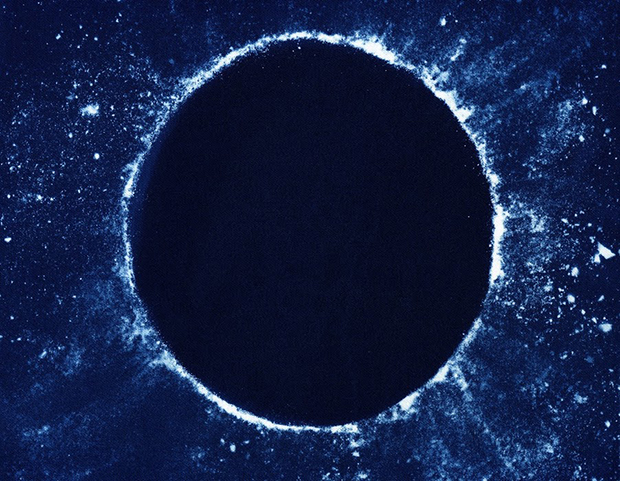 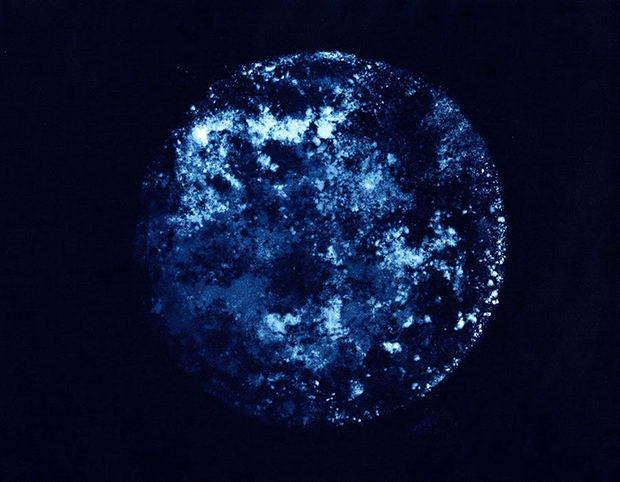 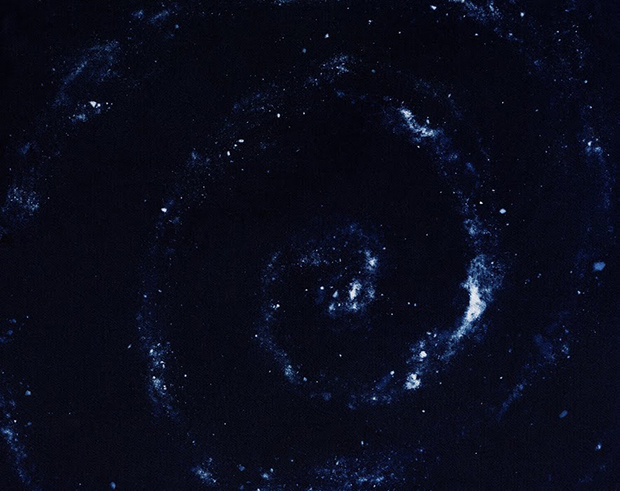 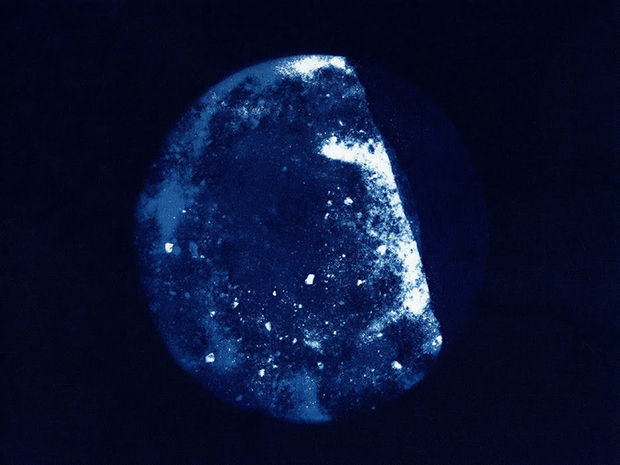 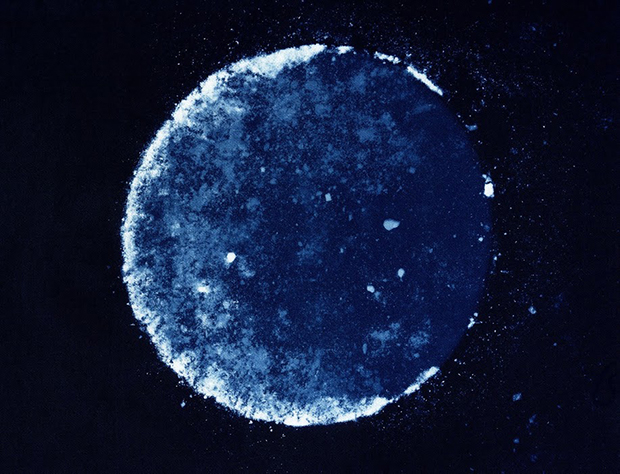 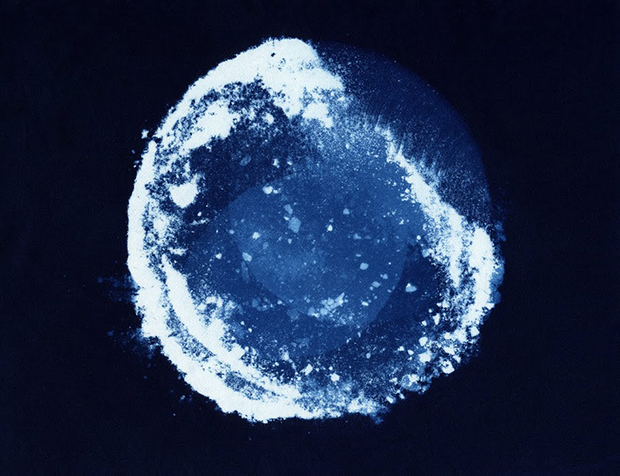 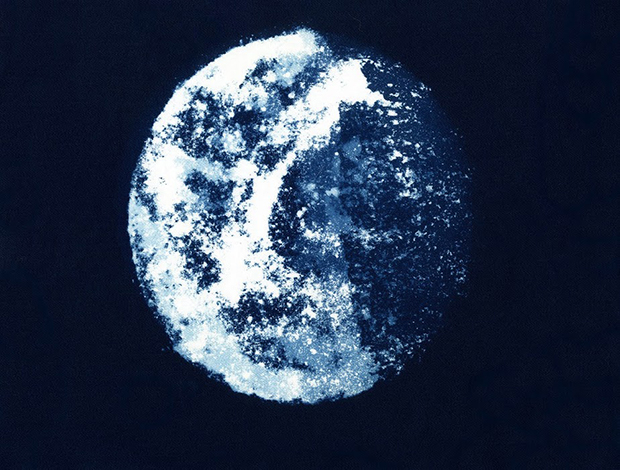 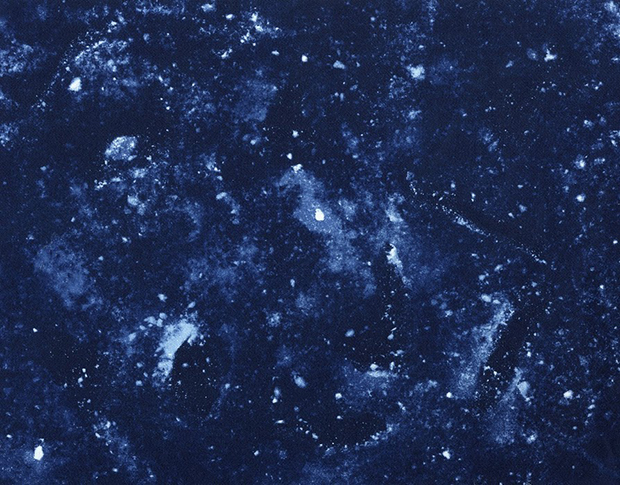