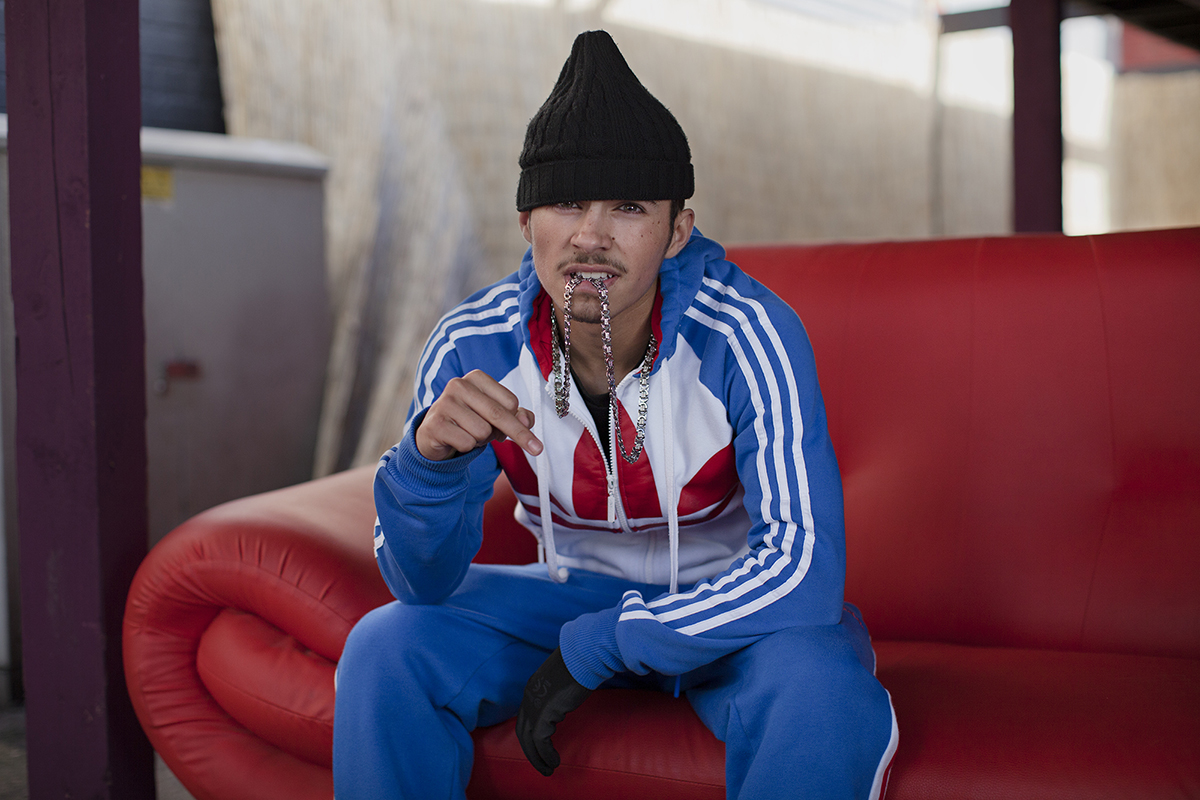 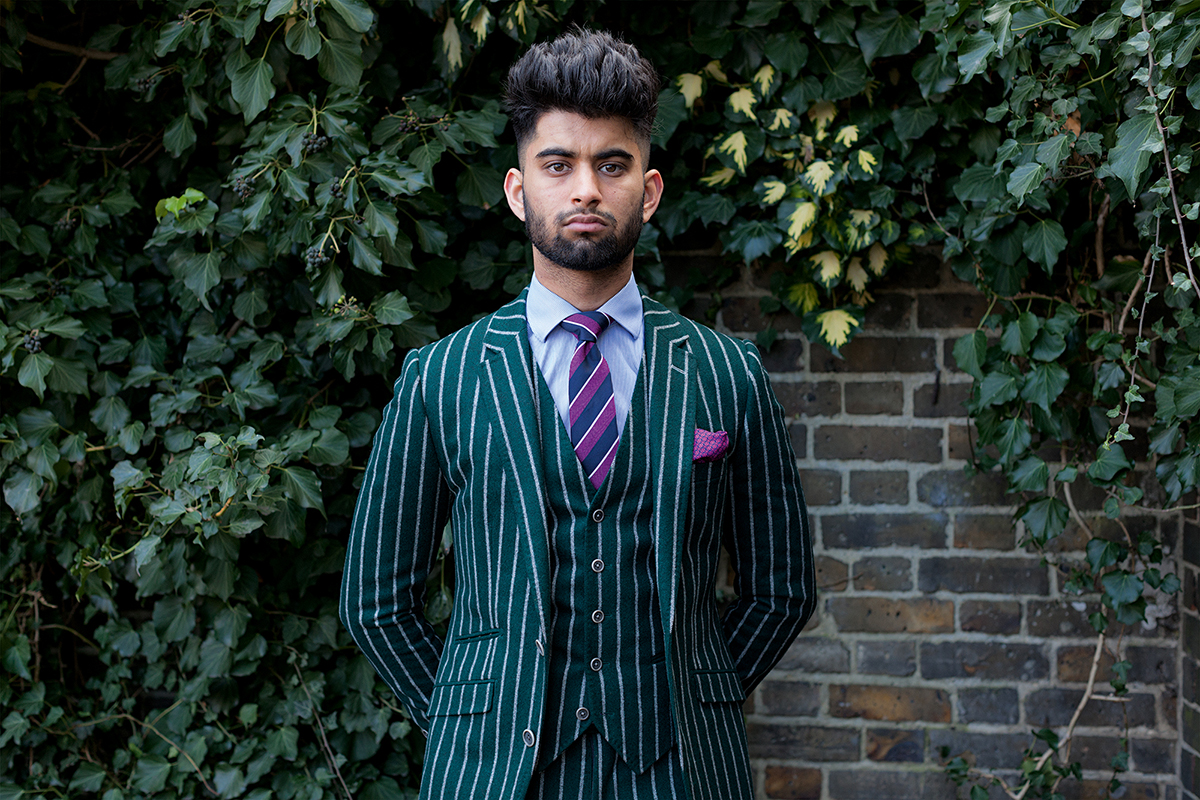 “We are all in this together. And in the long term, revenge and violence will not work against extremists. Terrorists want us to huddle in our houses in fear, closing our doors and our hearts. They want us to tear open more wounds in our societies so that they can use them to spread their infection more widely. They want us to become like them: intolerant, hateful and cruel.” -Deeyah Khan at TedxExeter talk ‘what we don’t know about Europe’s Muslim kids.”

I look to the blurb of You Get me? for an introduction about what I am about read and the photographs I am about to look at; in gold, capital letters reads “MUSLIM THUGS BURN POPPIES. Sickening scenes on British streets—Daily Star, 12th November 2010. This headline is followed by many others like it. Is it any wonder young Muslim men often feel disenfranchised?

British-born artist Mahtab Hussain’s new photobook You Get Me? provides an introspective portrait of the community of young Muslim and/or Brown men caught between two worlds. “In the UK they are constantly stopped and searched, labelled as a terrorist or an extremist, and told England wasn’t their home. When they returned to their homeland, they were told they didn’t belong there either. “In a way, You Get Me? is all about hiding,” explains the artist, “pretending to be someone else, something else and then having to face the reality of who one truly wants to be.”

Cycling around Birmingham over a nine-year period, Hussain spoke with young Brown men he met about their identity. The majority of the portraits in his book were taken on the streets, though some are more intimate, providing a glimpse into the homes of these men. The people depicted often identify with hip-hop culture, aspiring for “gangster swag” and masculinity—or adhere closely to the culture and religion transferred to them by their families. There are also those whose attire corresponds to international trends.

“Almost everyone said, first and foremost, that they were Muslim, before stating their nationality. I decided to broaden this work to a wider community—not just to those of Pakistani origin.”

The photographs in Hussain’s latest book are interspersed with snippets from these conversations. One man said: “If someone were to ask my identity? I always think, Oh, yes, I’m British, right? But you have to always feel like, No, Ok, British Muslims, because you know you’d get second looks.”

Another said: “The media portrays a man with a beard whose got a rucks on his back, walking, automatically… yo, he’s a terrorist. He’s probably the nicest man in the world, who may have a degree in law, on his way to work, but it is the media that has conditioned that. I’ve got mates that are White. They are thinning on top, and when they shave it off does that make them skinheads?

On societal divineness, one man that Hussain met on the street commented: “I think, by and large, the average White person—the working class in particular—is held to ransom by exactly the same people we’re held to ransom by, you know? It’s just that they’ve done a good job at keeping us isolated or divided, and I think that’s the underlying issue.”

Almost all those portrayed share a sense of coming from two worlds, and often being misunderstood and misrepresented.

The objective with these photographs was to convey the social, political and also personal. “I thought, who am I to tell the story of others if I am not able to share my own?”

Hussain had always wanted to be a photographer. As a young child he had attended a school where everyone looked the same as him, and his identity as a British Kashmiri/Pakistani was never put into question. This changed when his parents divorced, and he transferred to a school which was predominantly white working-class. He encountered racist slurs—‘when are you going back home?’—‘why did you come here?’—the derogatory ‘Paki.’ “I came to hate being brown from this point on.”

Life was not much better at home, where Hussain was often beaten by his angry, controlling father. He found solace at his white friend Alan’s home, whose family he came to think of as his own family.

With the support from Alan, Hussain got in touch with his mum and moved in with her and his sisters. After leaving the predominantly White catholic school school for a school with a large Pakistani/Kashmiri student population, his peers told him: “We’re Paki’s bro, you can’t do that (become a photographer), you’re never going to make it.” This was the mindset of the community. “They were were muzzled in the land of the White Man, by former colonialists and imperialists,” says Hussain. “And that muzzling was painfully apparent.”

“There’s a pressure to be breadwinner for family that doesn’t understand them. They’re not allowed to have girlfriends, few can marry who they want. On the street, you’re supposed to be the big man. But how can they be successful when they’re told they can’t make it, integrate, or even dream?”

At this school Hussain was discriminated against for his attitude. “I was told I was too white—I was fish and chips—I was John—I was too posh. I retaliated saying they were too black hearing various Jamaican slang words thrown around.” He quickly came to understand that an Asian man had to look a certain way to fit into the community—you had to adopt a tough demeanour, “gangster swagger.” For the first time in years he embraced Islamic traditions such as fasting during Ramadan, attending Friday prayer and celebrating Eid.

His friend Alan was rejected by his new friends on account of his being white. “If not for parent’s divorce, I would probably have never had white friends,” he emphasises. “I too could have been in a place where I feared wider society and people who didn’t look like me.”

Having left Birmingham to study History of Art at Goldsmiths, those words about not being able to follow your dreams stuck with him. During a postcolonial studies course he came to know and appreciate the work of Black artists who had analysed and responded to the cultural legacies of colonialism, racism, class and gender. “I came to question the absence of Asian/Brown artists.”

“Asians are never represented in mainstream media,” says the artist, “this was one of the reasons my portraits have a fashion sense to them. It was deliberate so we could be seen in that space, and were worthy to be envied. I wanted to walk into a museum and a gallery and see myself on the wall. And I wanted to be seen as their equal.”

When Muslims do appear on television or in newspapers, their coverage is often negative. “Since 9/11 Muslims have endured a plethora of attacks,” says Hussain. “I often think about how young British Asians cope with these pressures. And it must be so difficult to be born into a world that actively tells you you don’t belong.”

You Get Me? is a quintessentially Black expression. In Hussain’s pictures we can see the influence of hiphop culture on his subjects’ attitudes and clothing— “it references poverty and struggles in life.” Snippets of his conversations with the British-born Muslims with whom Hussain spoke reveal that they embrace Black slang. “We saw ourselves reflected through the Black experience, and it was truly powerful.”There’s Malcolm X and Mohammed Ali—“two great Black Muslim icons who articulated, within an Islamic context, the struggles of Black and Brown communities and their continual fight against oppression and the injustices of living in the white man’s world. Inextricably connected to the ‘brotherhood’, we are together in this fight to be seen as human beings, as equals.”

“The phrase ‘You get me?’ is aggressive and confrontational—thought there’s a glimmer of vulnerability.” What they’re really saying, Hussain tells us, is “Do you really know where I’m coming from, because it seems no one else does, and if you don’t, you’re probably against me.”

One of the young men Hussain met on the streets was called Ibrahim. He mentioned a White colleague who had made a point of challenging the negative media that makes all Muslims seem culpable of the same crimes as a minority of extremists by befriending Ibrahim and his friends.

The artist thinks that this is what everyone should do—fight hate, fear and divisiveness with love and respect—and this is the recurring message in this book. “So, I challenge all my Brown, Black, Yellow and White friend,” he says. “Reach out to people from different categories of society as a human being. This is our responsibility.”

You Get Me? by Mahtab Hussain co-published by MACK and LightWork 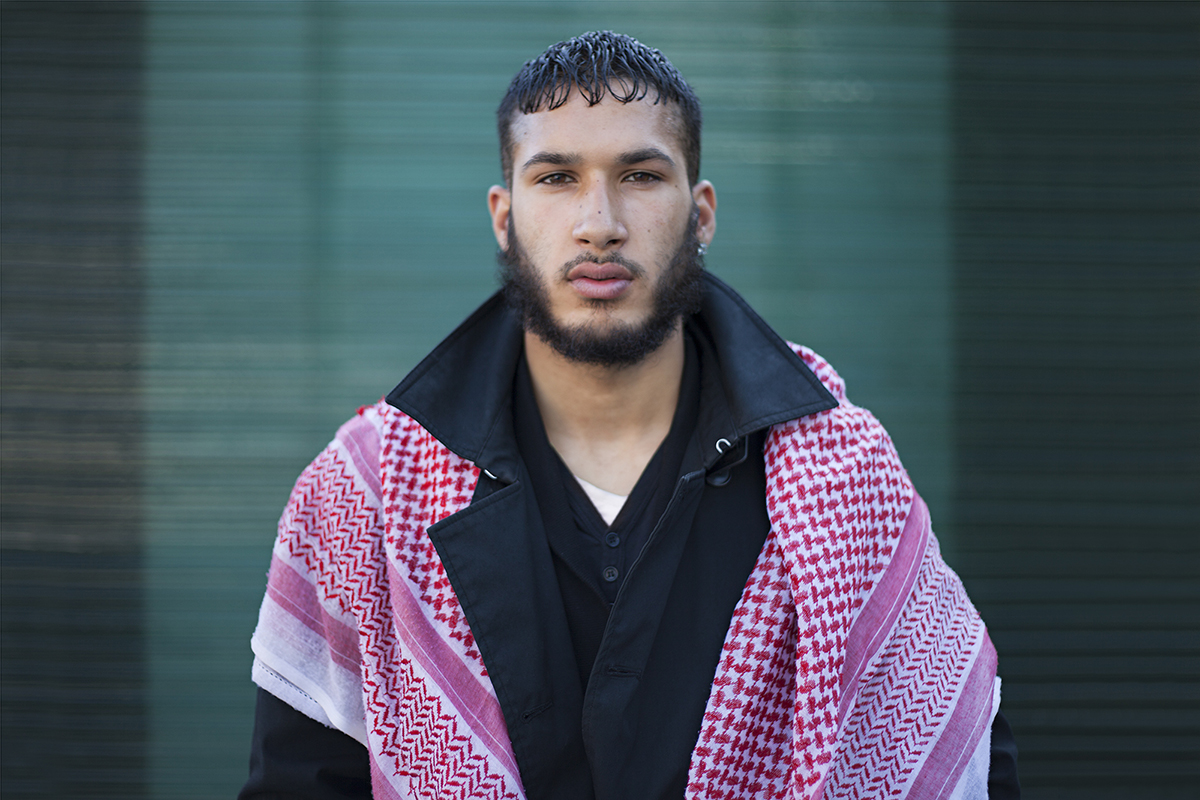 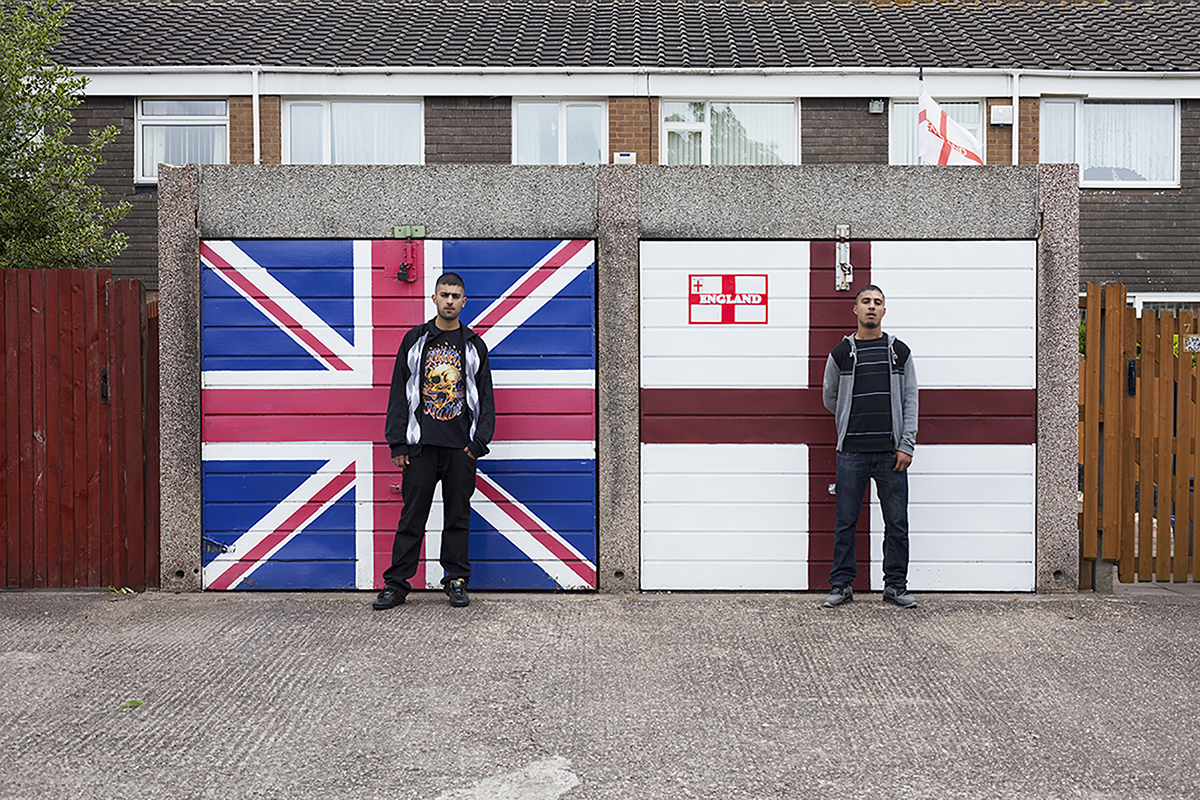 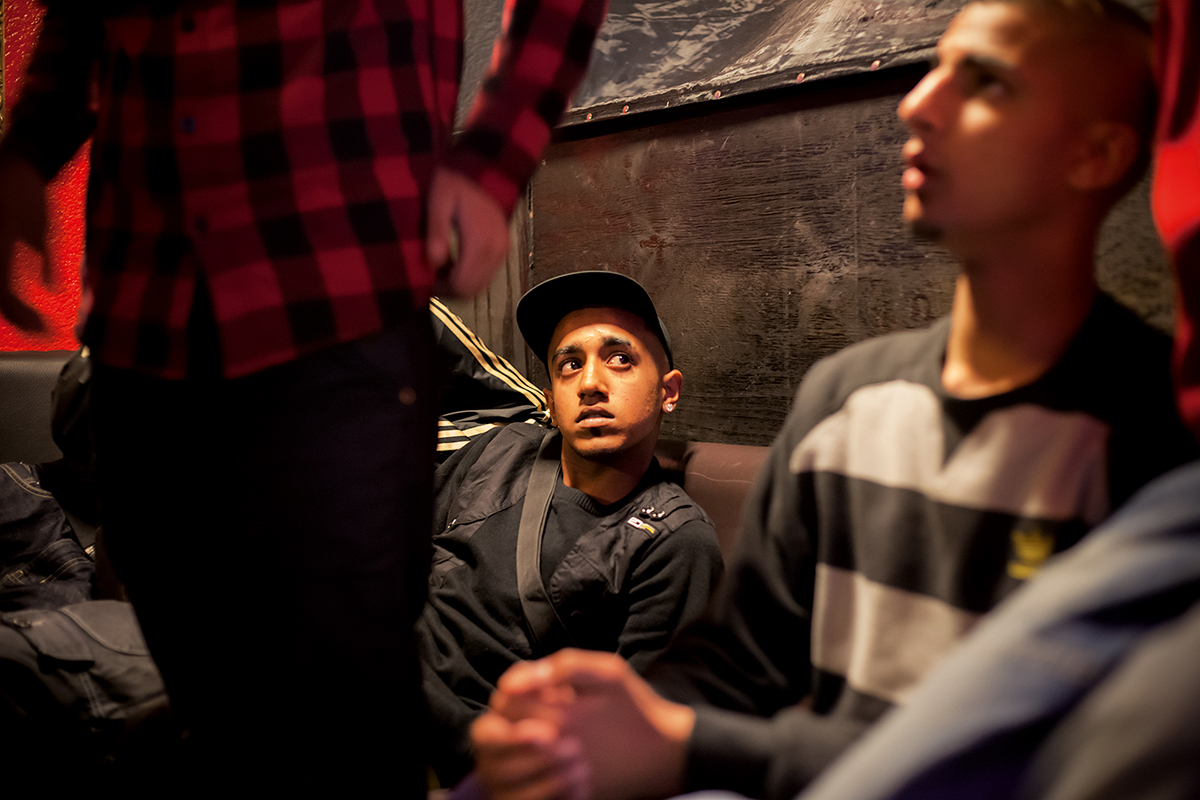 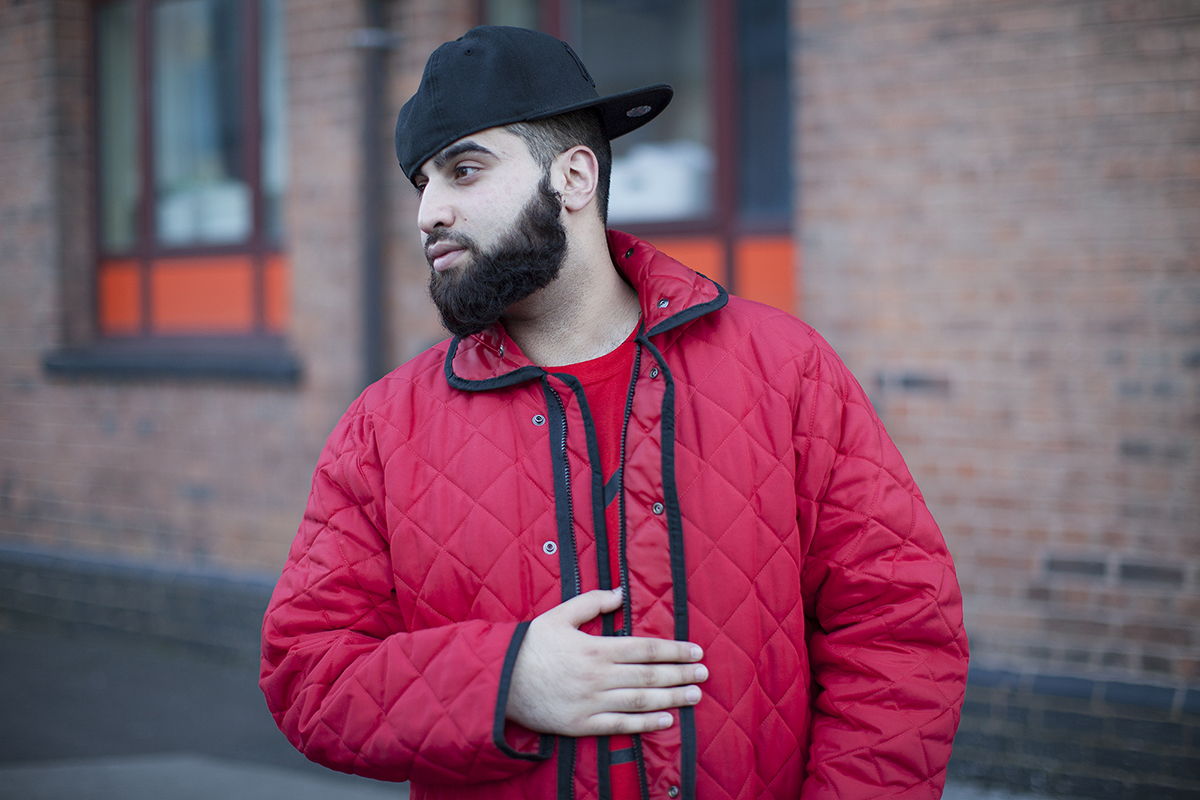 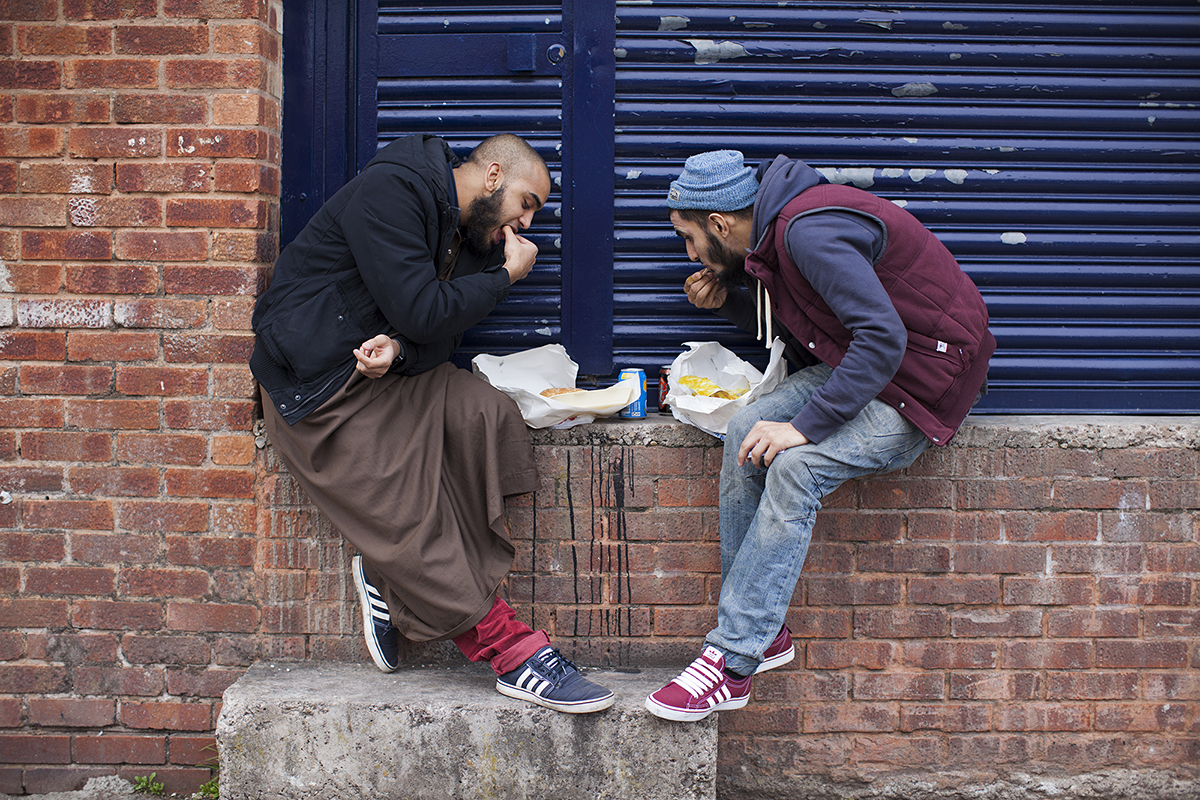 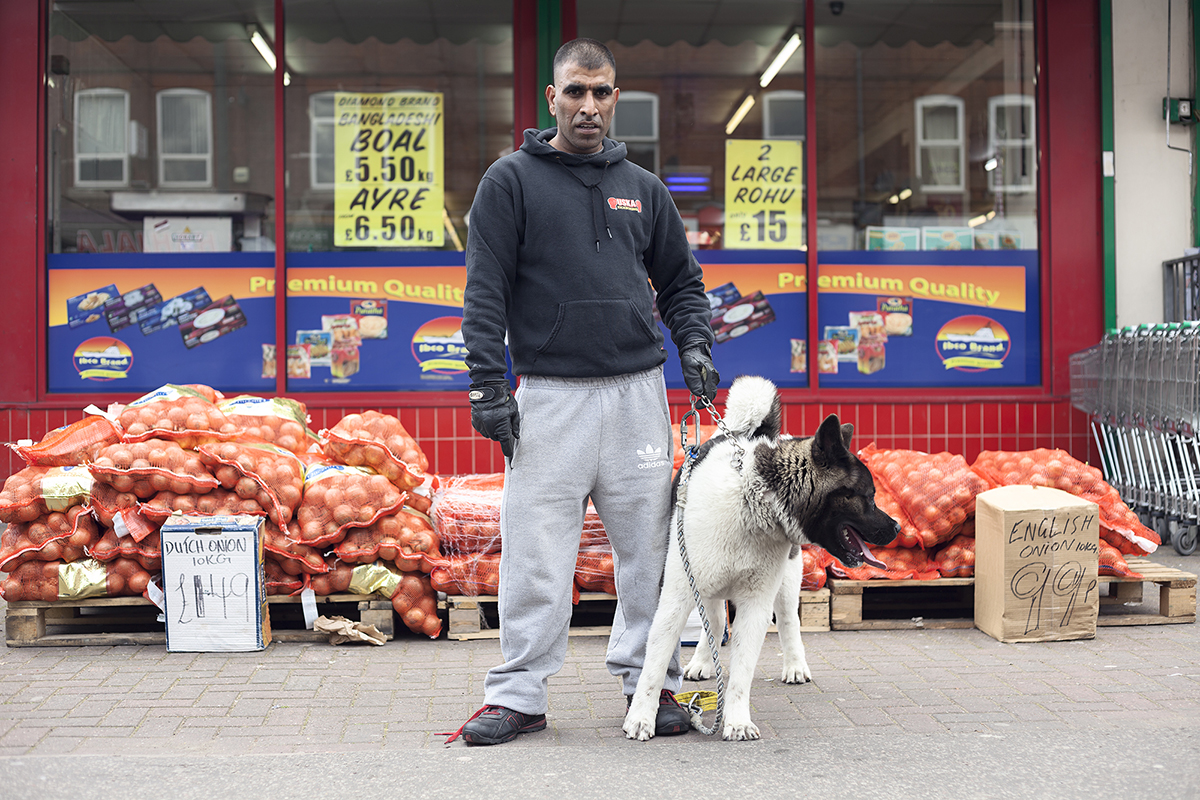 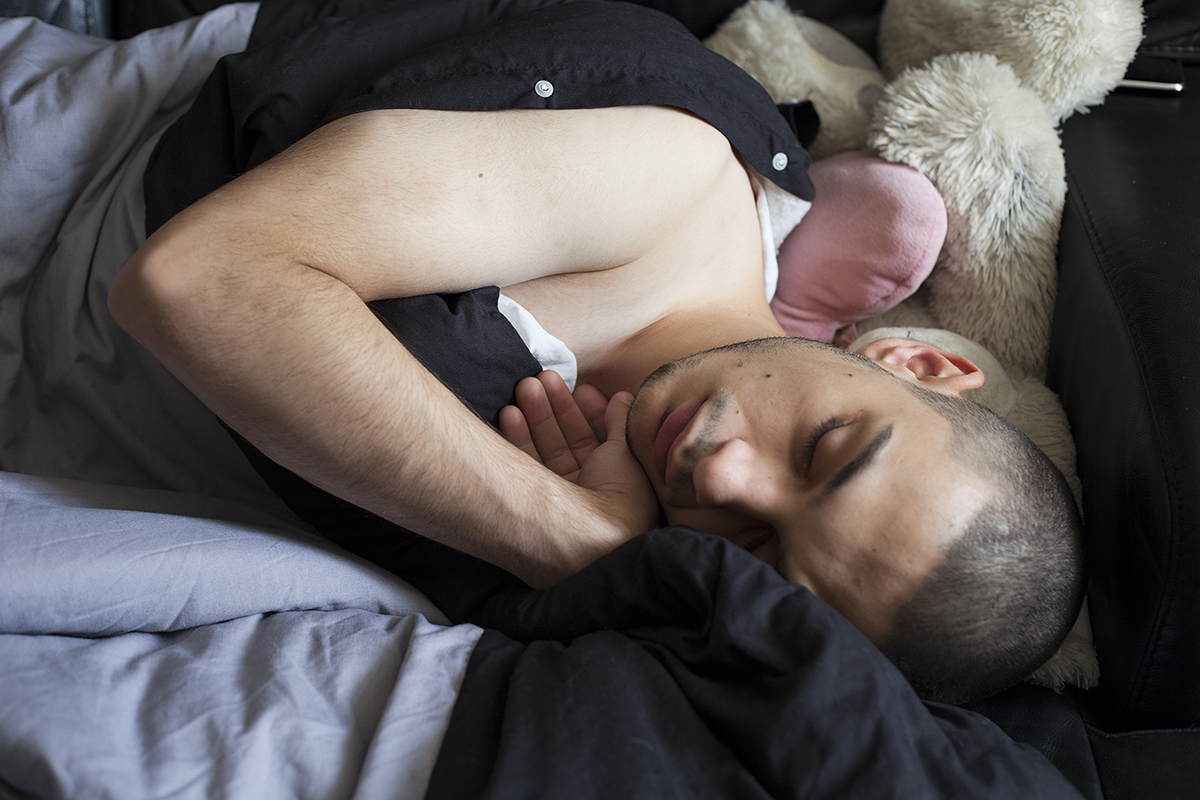