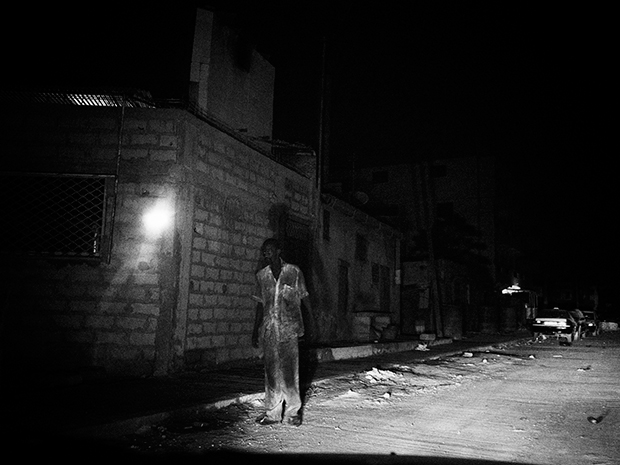 A dark alley in Dakar lit by the high beams of a passing car, near the house of the marabout. 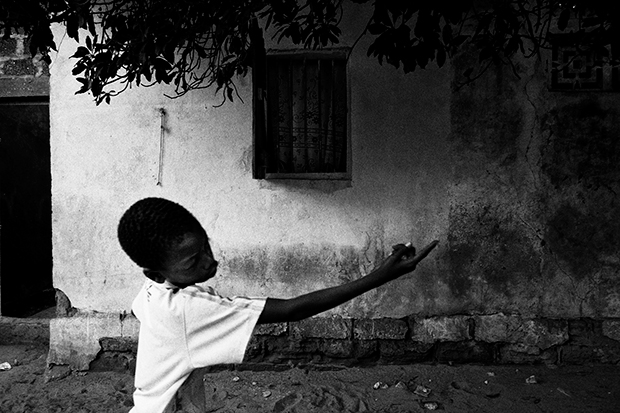 A boy points at the house of the marabout, a Voodoo spiritual guide. 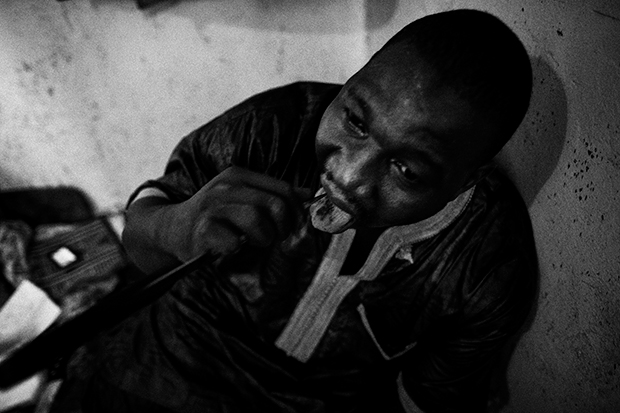 A marabout cuts his tongue as a demonstration of his power and magic.

The dusty alleys of Dakar are almost empty at dusk. People rush home like fast shadows before the evil spirits come out at night. The city, lit by a timid moonlight, feels timeless. A common refrain here is, “During the day you’ll see Islam, but at night you’ll find Voodoo.” In predominantly Muslim Senegal, Voodoo is widespread, condemned by the Qu’ran but practiced in secret by many people. While they praise Allah everyday, many also believe in the power of black magic, potions, spells and charms.

But almost no one in Senegal would openly admit that he or she practices Voodoo. When asked directions for the house of the marabout (spiritual teacher), no one in the immediate neighborhood seems to know who he is or where he lives. A boy points at the wooden door of a small house hidden in the dark.

The stairwell is tight and dark, and animal carcasses lay piled up in a room of the priest’s house. Pieces of chickens, monkeys, lions and snakes, together with fruit, hair and nuts are used to make amulets, charms and fetishes (Voodoo talismans) to protect devotees from the wrath of the gods. The more carcasses a marabout has, the more power he gets. The priest, a tough man from Ghana with magnetic black eyes, is sitting on a mattress on the floor of the living room with a big knife in his hands.

Marabouts, also known as Sufi murshids (guides), are leaders of religious communities in West Africa and the Maghreb. They act as intermediaries between God and the devotees. Some are strictly Muslim, imams themselves even; others are simply traveling holy men performing Voodoo rites and surviving on alms. Hailed as if they were saints, they write amulets and talismans using Qu’ranic scripts, numerology and astrology. Sihr involves performing black magic, and the practice is generally condemned by orthodox Muslims as pagan or pre-Islamic. But in Senegal it has given birth to a different kind of Islam, where syncretism and local traditions prevail over orthodoxy.

Read more about Voodoo in Dakar on Narratively. 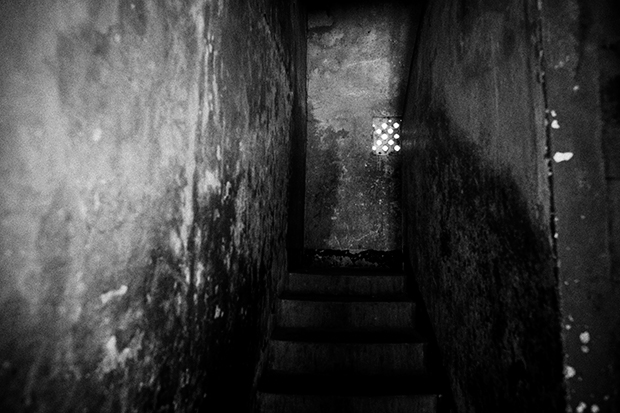 A dark and tight stairwell leads up to the house of the marabout in the back alleys of Dakar. 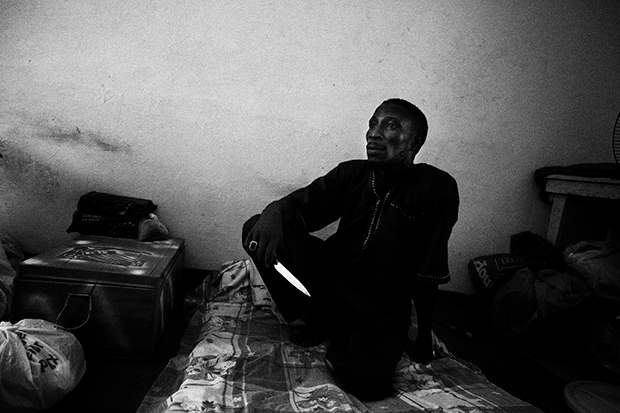 The marabout’s assistant gets the knife and other tools ready for the sacrifice before the beginning of the ceremony. 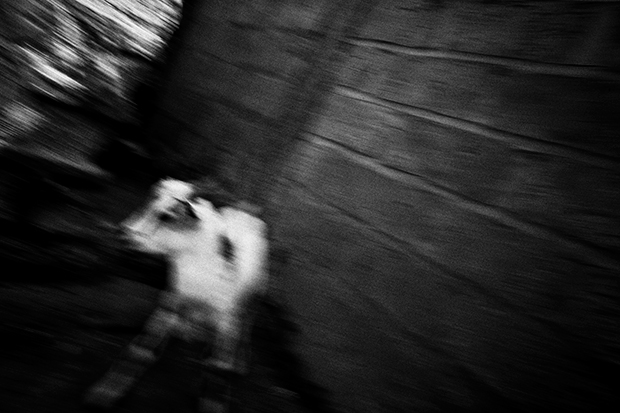 A small goat, tied up with a rope near the marabout’s house, awaits sacrifice. 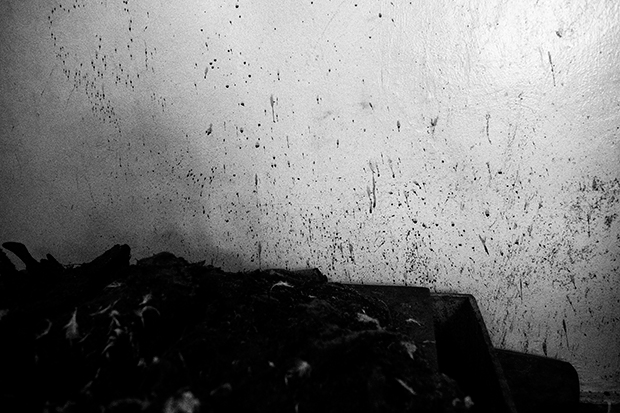 Leftovers of sacrificed animals and carcasses piled up in a room of the marabout’s house. 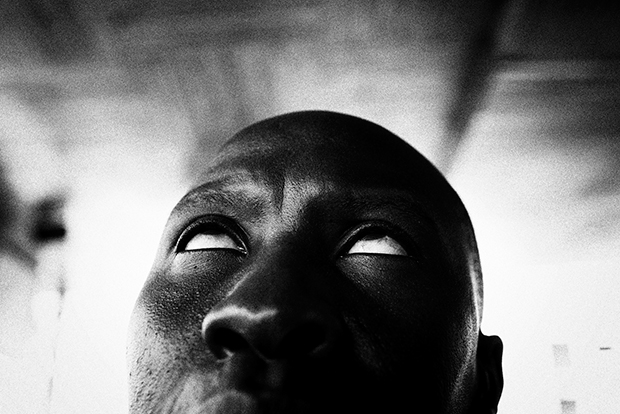 A man comes to the priest, praying with the marabout before the rite. 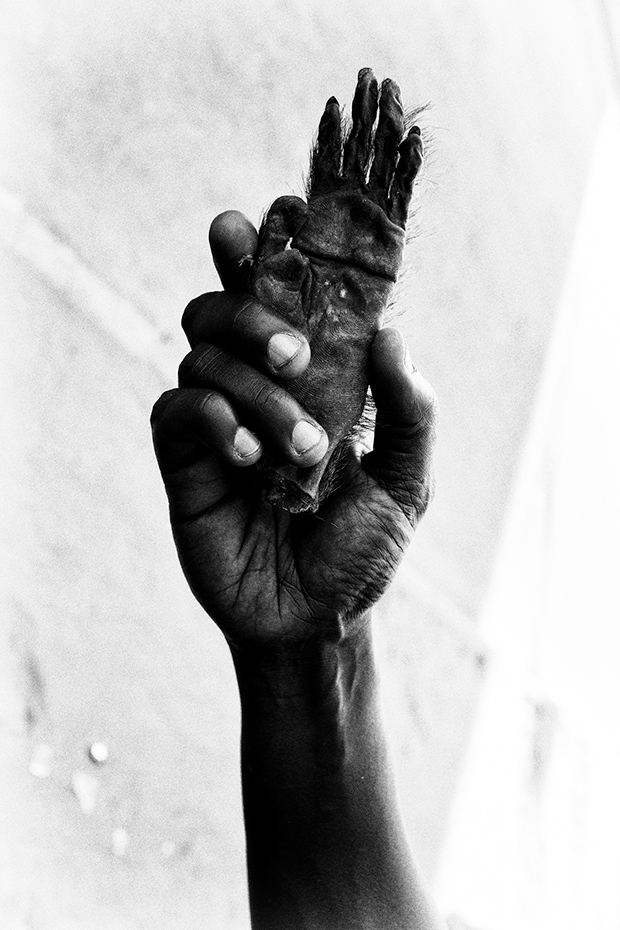 A seller holds a monkey paw in the fetish market of Dakar. 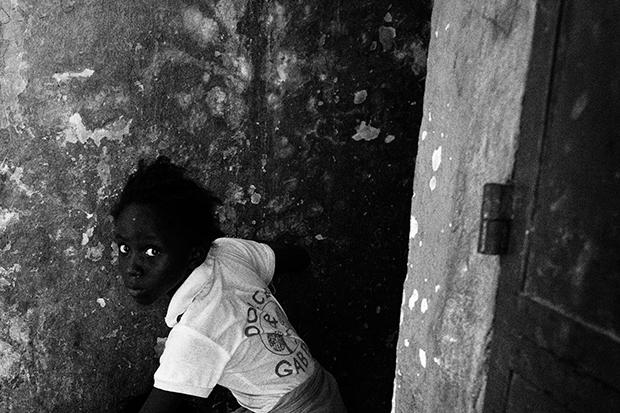 A girl in the house of the marabout. Children are bound to carry a small piece of charcoal with them for protection. 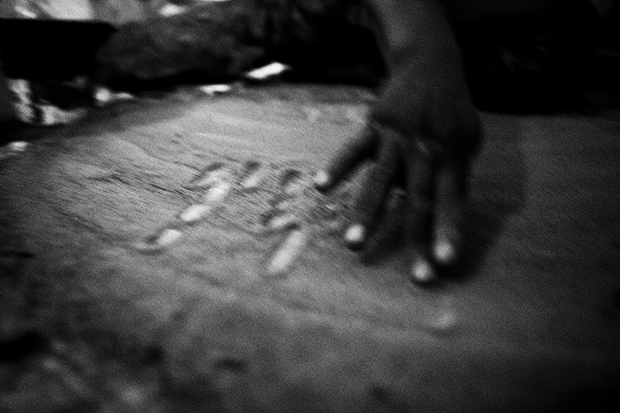 The marabout etches symbols and letters in the sand.