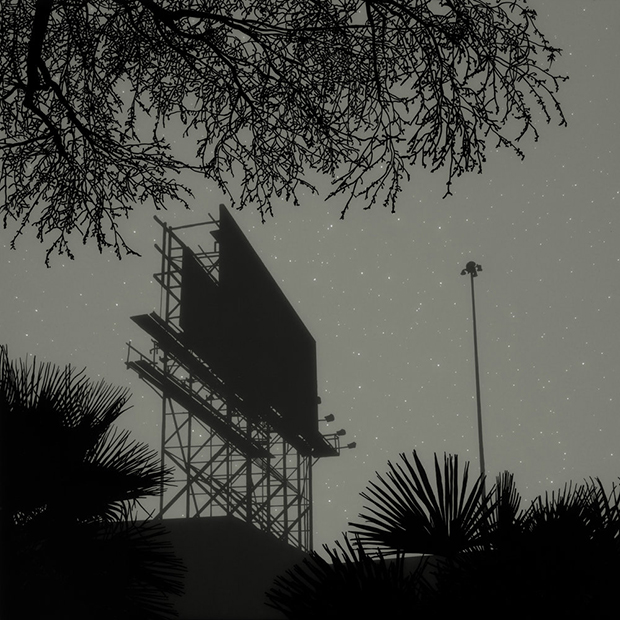 Vanessa Marsh still remembers the night at sleep-away camp when she learned the truth about the night sky: once starlight reached the earth, it had already traveled trillions of miles. For this reason, a counselor told her, the twinkles she saw at night were already old— sometimes even hundreds or thousands of years old. The star itself could have died before she was born.

“It was a clear and warm night, the air smelled of drying pine needles and the nearby ocean,” she tells me. “We slept outside in sleeping bags in a grassy field surrounded by evergreen trees. I was both excited and frightened.”

As an adult and as an artist, Marsh’s heart still hammers away in her chest whenever she sees the stars on a cloudless night away from the city. “Seeing the Milky Way can take my breath away and can feel almost like being underwater,” she says.

Everywhere All at Once is Marsh’s elegy to the stars. She creates the negatives for the picture in the darkroom, carefully setting her own acetate drawings over photographic paper and exposing them to light for precise periods of time. She removes and replaces elements at just the right moment to create a make-believe “foreground” and “background” in an entirely two-dimensional world.

The drawings each have their own stories, but to some extent, they’re all pulled from the artist’s past. The ferris wheel, like the evergreen trees, is part of her childhood menagerie. She pulled another landscape straight from photographs of a friend’s wedding.

In some cases, including the picture with the roller coaster, the perfect subject eluded Marsh in real life, and she turned to image searches to create all the various scenes she saw inside her head.

For Marsh, a trip to the darkroom can eat up anywhere from six to ten hours, though she tries to take breaks. She can’t see the final picture until she emerges and scans the negative. If it isn’t perfect, it’s back to the darkroom once more.

The great poet John Keats, and many before and after him, saw the night sky as evidence of the brevity of human life. But perhaps Marsh’s work complicates that narrative. Against the infinite void of space, she tells a simple and finite story. She outlines her dreams, retraces her memories, somehow— like light from stars traveling towards earth— she leaves a piece of herself behind.

Everywhere All at Once was recently exhibited at Schilt Gallery. 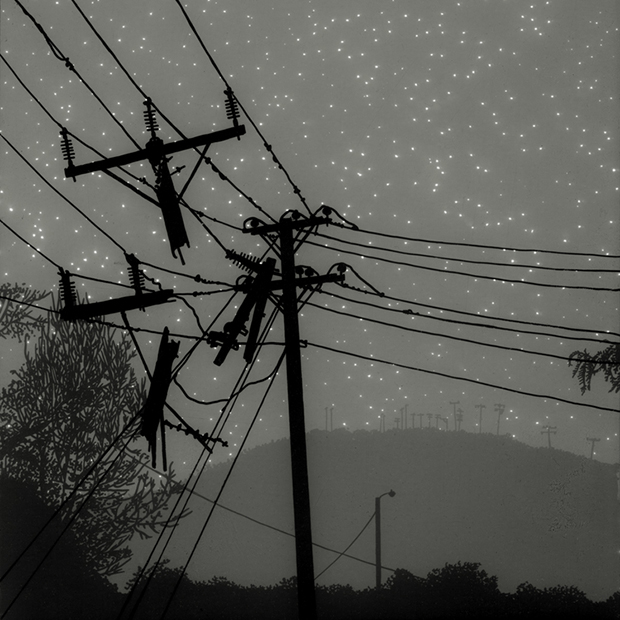 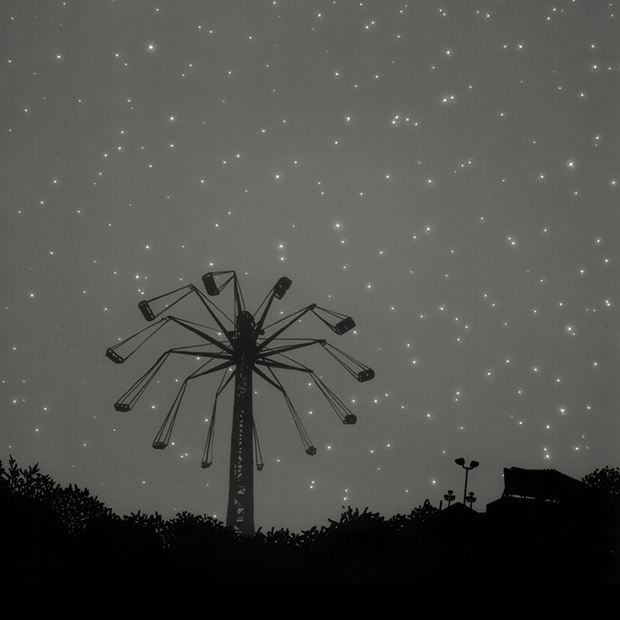 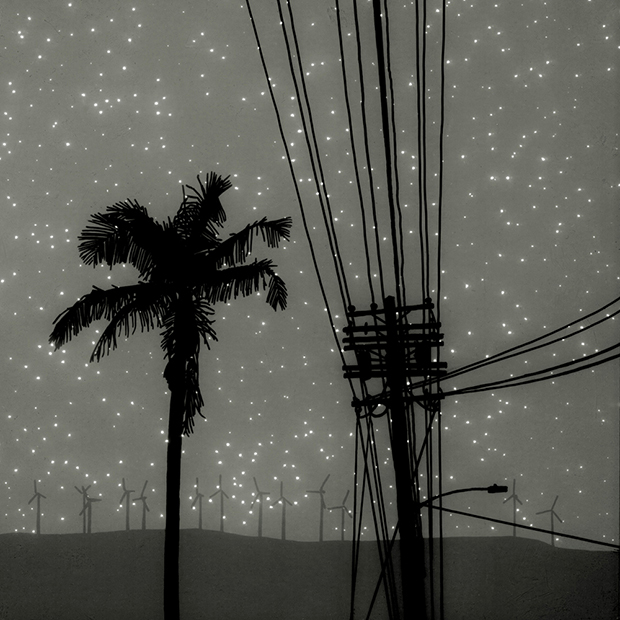 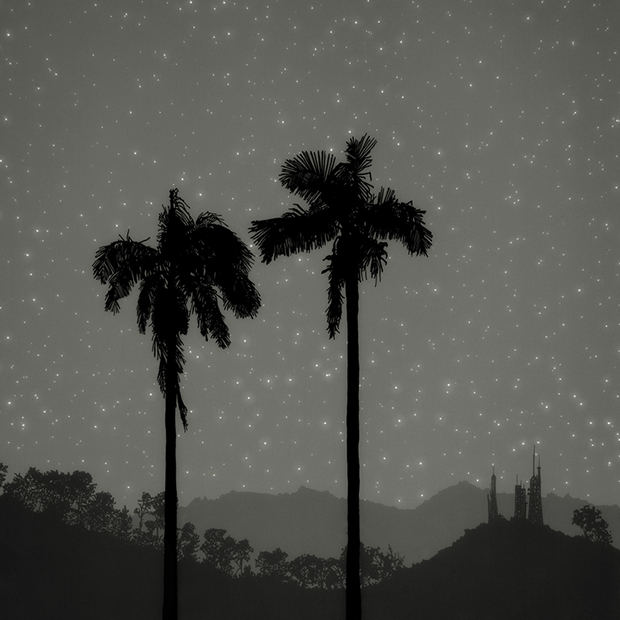 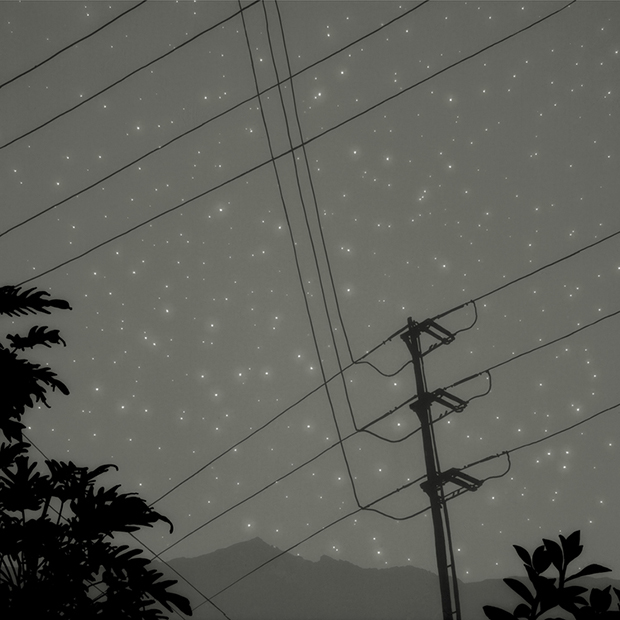 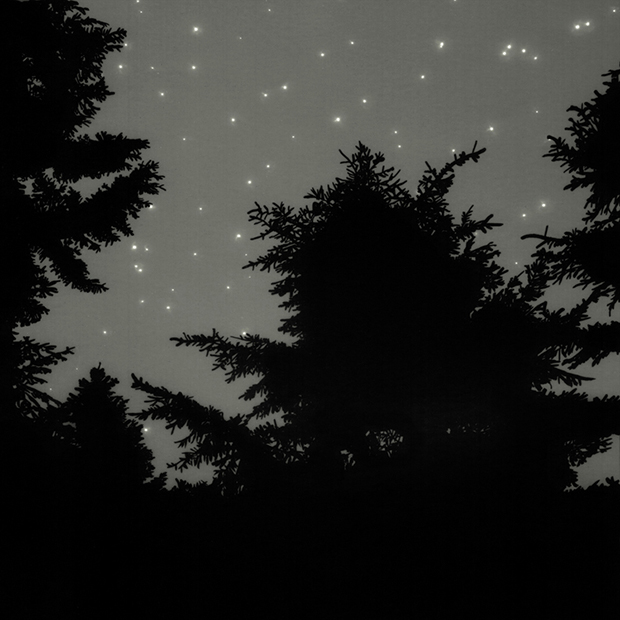 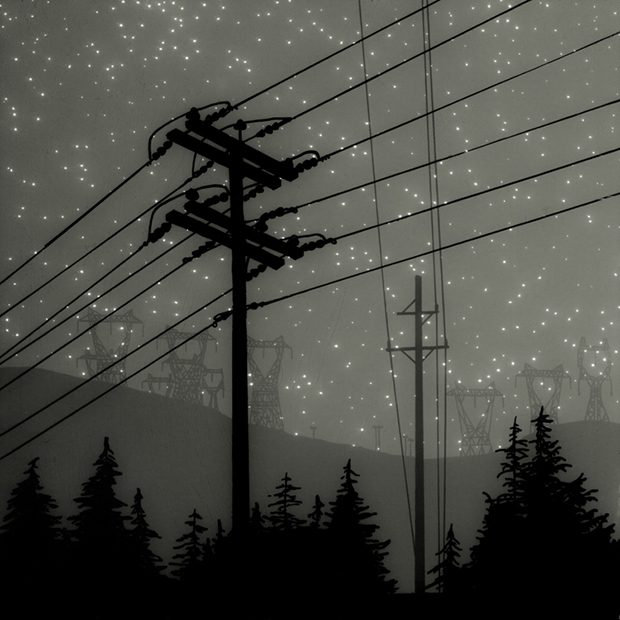 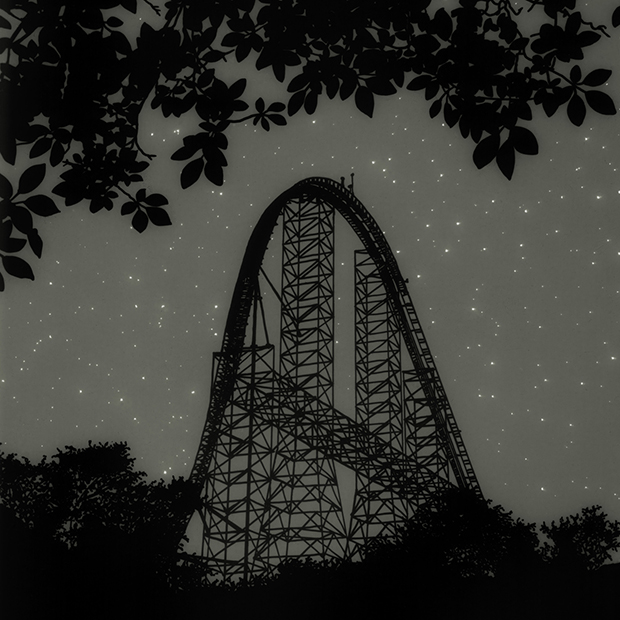