Behold these bold minimalist interiors made of paper and light 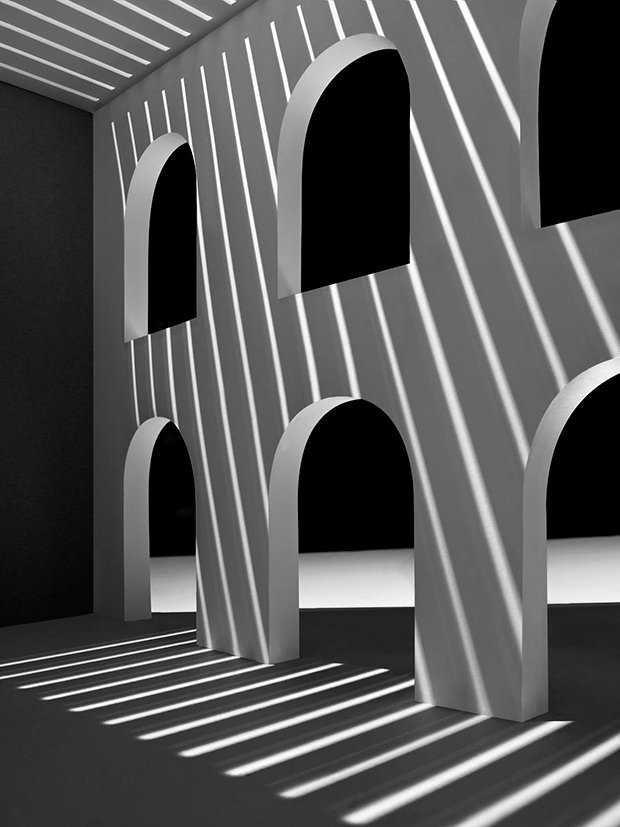 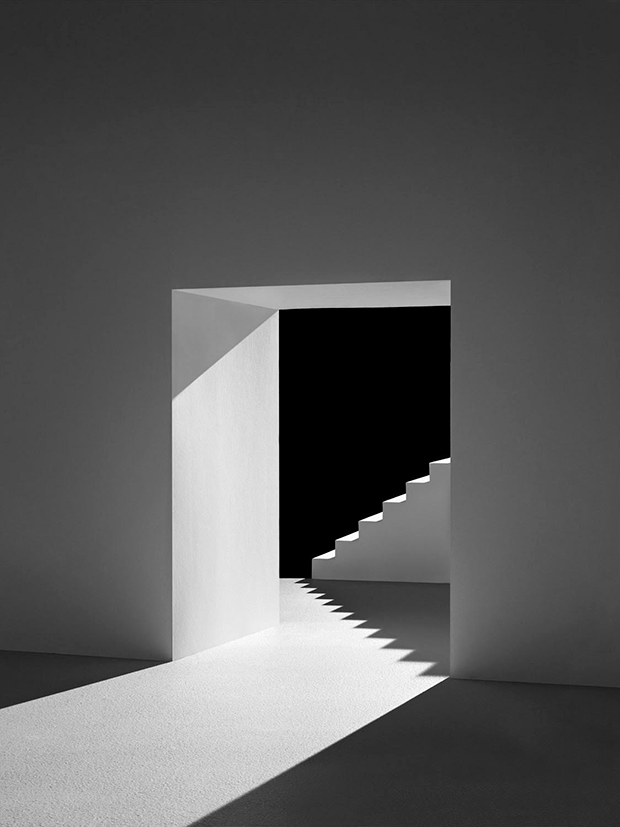 While street and architecture photographers are reducing their urban environments to their bare elements and seeking line, light and shadow, London-based still-life photographer Stephen Lenthall and paper artist Owen Gildersleeve have combined efforts to recreate this aesthetic in the comfort of their own studios. Shadow spaces was conceived as “an exploration of the play of light in simple architectural spaces” writes the photographer.

Lenthall, who specialises in bold graphic images, first discovered Gildersleeve’s more experimental work on Instagram. He reached out to him and the pair bounced ideas off one another before collaborating on this series.

Using simple white paper, Gildersleeve created various minimalist, bold structures in his studio. These were pieced together in Lenthall’s studio, and are loosely based on real architectural interiors that the two artists liked. The intense light cast upon them is transformative, and Lenthall was able to capture photographs that convincingly render the geometric forms so that they appear as real, tangible spaces.

The monochrome spaces are devoid of superfluous ornamentation and the resulting images are largely dependent on light. Though not directly referencing him, Lenthall loves the modernist Californian homes depicted by Julius Schulman and recognises that he is probably one of his influencers.

In the future the artists would like to continue with this project, developing it into a moving image piece. 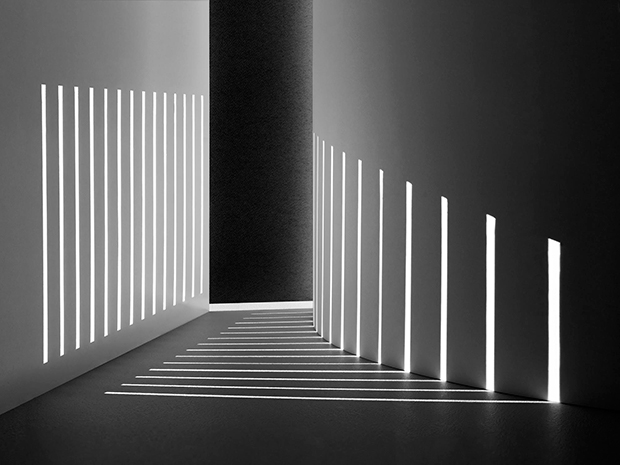 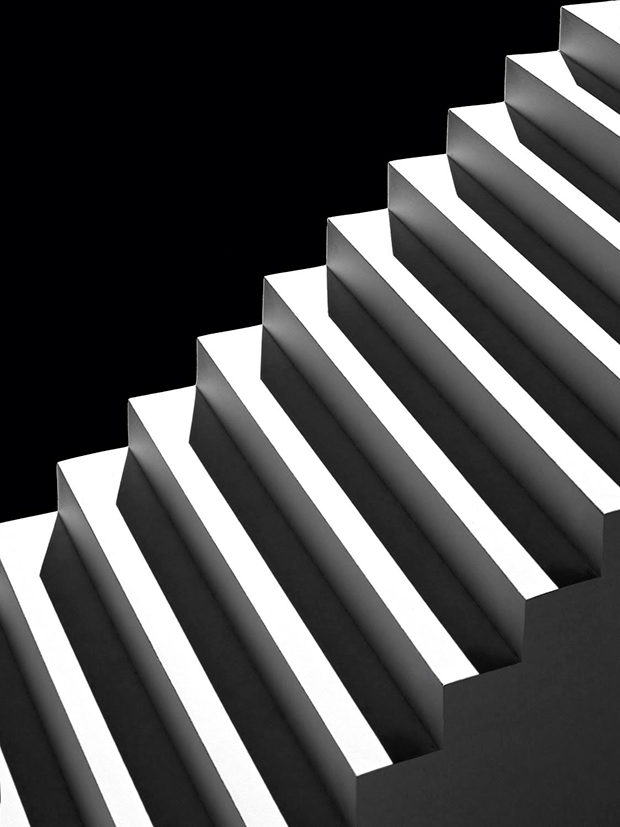 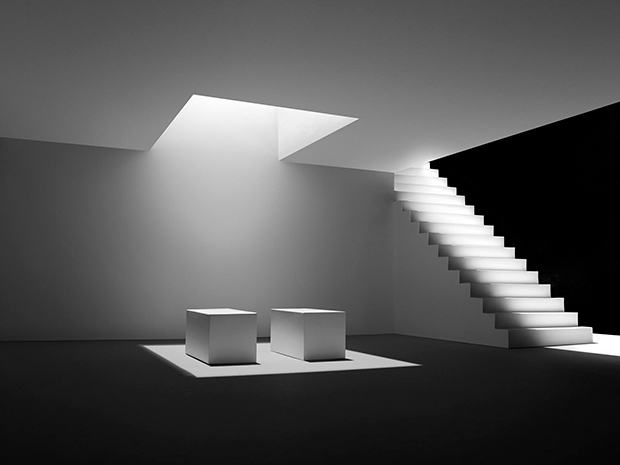