Behind the Scenes in the Latino Movement for Donald Trump 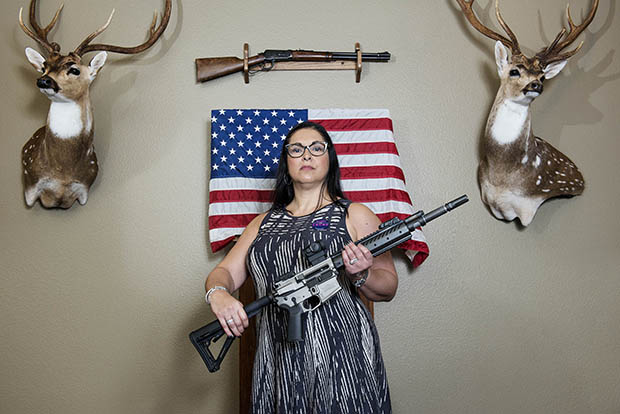 Laura Diaz, San Antonio: “I am a conservative that thinks for herself and does not vote based on the party-line stance. I decided to support Trump because I appreciate his brutal candor and honesty – the good, the bad and the ugly. I hope the return of the American PRIDE.” 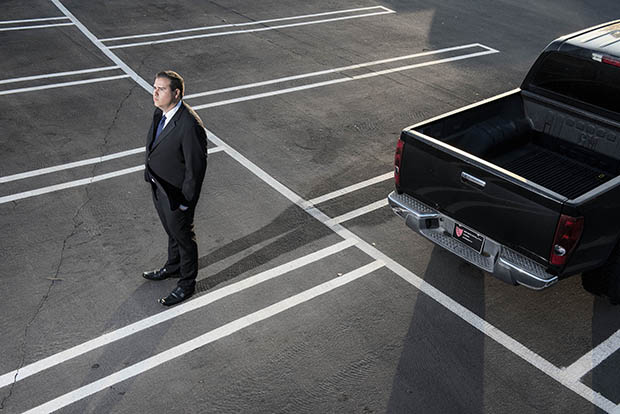 Omar Navarro, Torrance, California: “My family asks how I can support Donald Trump even though I’m Hispanic. Trump is my hero. I used to want to be either the President or a businessman. I like his career.
He has influence and name recognition all over the world.” 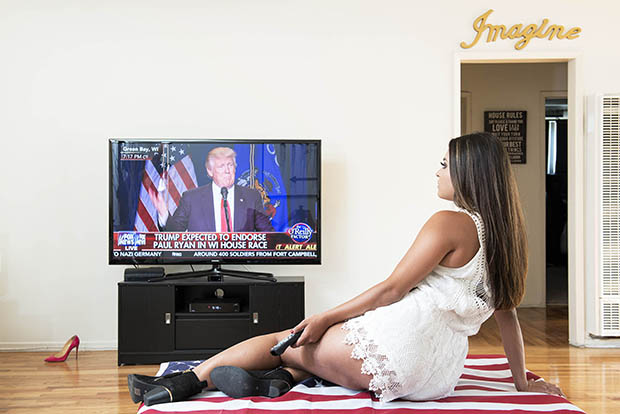 Marissa Desilets, West LA/Beverly Hills, California: “We must secure our borders. As Trump has stated:
“A nation without borders is not a nation. ”Our country needs to define its sovereign lines. We must close our borders. However, we welcome those who choose to enter our beautiful country legally.”

It would have been easy for Italian photographers Edoardo Delille and Giulia Piermartiri to stick to the Trump-supporter stereotype. In Europe and around the world, the pervading image of the person who votes for Donald Trump is a simple one: in the photographers’ words, “He is white, male, blue-collar, frustrated and angry.”

They wanted to peel back the clichés to reveal a more nuanced reality, and so, this last summer, Delille and Piermartiri, both of the collective Riverboom, set out in search of Southern Latino citizens who had pledged allegiance to the man who might well be the most polarizing presidential candidate in recent history.

The photographers met mostly first and second-generation immigrants via connections within pro-Trump organizations. More subjects naturally came up over time and as trust was established between the artists and the community. Each Trump fan was interviewed about their political stance, and Delille and Piermartiri remained objective despite the heated debate surrounding Donald Trump.

The people who participated in Los Trumpistas spoke freely and were proud to share this part of their lives with two impartial observers. Although Delille admits they have their own political views, that never entered into the equation. Any emotions and personal opinions were checked at the door.

What intrigued the pair the most was the notion that families who recently immigrated themselves were so adamant about the country’s borders. Once settled, many had adopted a conservative stance on immigration policy and approved of Trump’s proposed wall.

Even when the photographers were surprised by the things they saw— election paraphernalia Delille describes as “really unpolitically correct,” like toilet paper with Hillary Clinton’s face on it or a mug that read, “Vote Hillary: Like Obama with a Vagina”— they were easily able to get along with everyone.

“We never had any problem with them,” Delille explains, “We admired their frankness.”

While he understands it might be hard for people in big cities like New York or San Francisco to understand Latinos who support Donald Trump, the photographer confesses, “People who live facing the border with Mexico have a different vision of life.” The intention of Los Trumpistas is to give us a little peek inside their heads and their hearts, no more and no less.

See the full series over at The Story Institute and Riverboom. 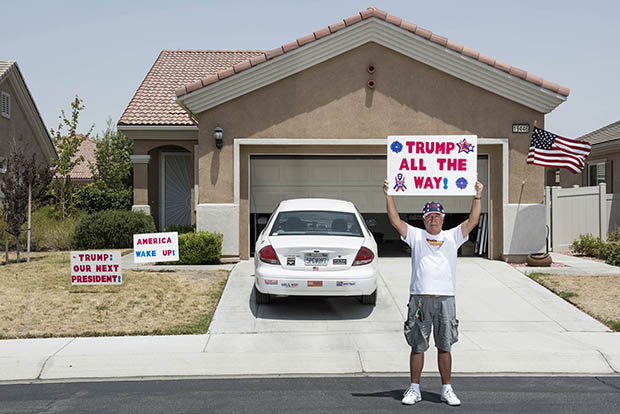 Raul Rodriguez Jr. Apple Valley, California “I’m a proud American, I love this country, and I think it’s time, America, to wake up.” 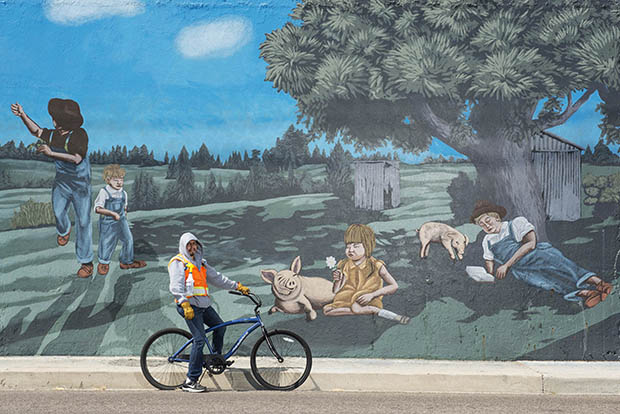 Francisco Rivera, Huntington Park, California: “This is my country, this is my home. I love this country enough to vote for a person I feel is going to set this country the right way, regardless of what anybody says.” 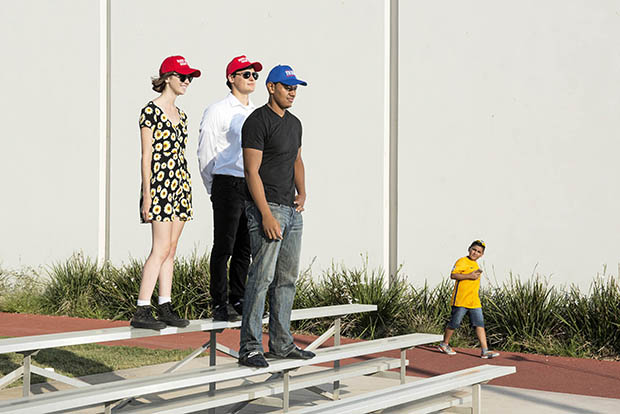 Bertrand Usher. Los Angeles, California: “I think Trump is the ultimate wake up call. People were asking for this. He did the most American thing you could do. Everybody said you couldn’t do it, people said RNC would block him out. He put the middle finger up and did it.” 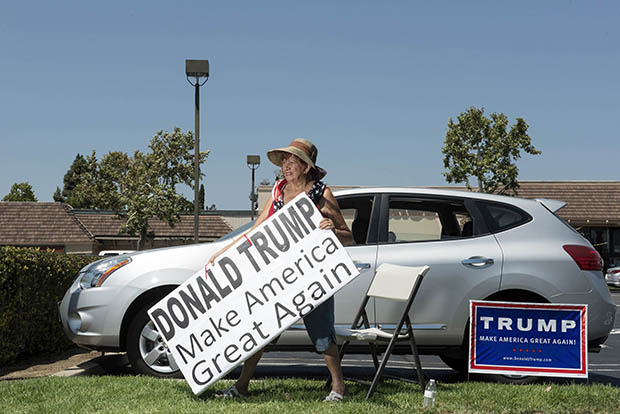 Anita Hynds, Yorba Linda, California: “I’m voting for Donald Trump. I know he’s a fighter. He’s going to make the revolution that we need in this country. He’s the leader that we were looking for. He’s very determined, and he knows what he’s going to do.” 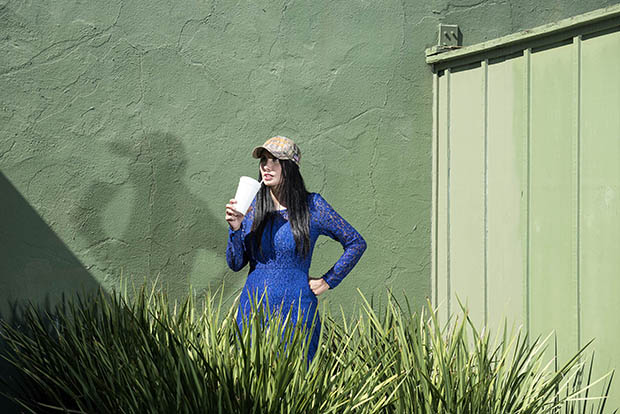 Ximena Barreto, Poway, California: “Trump is saying what people want to say but they are afraid to say.” 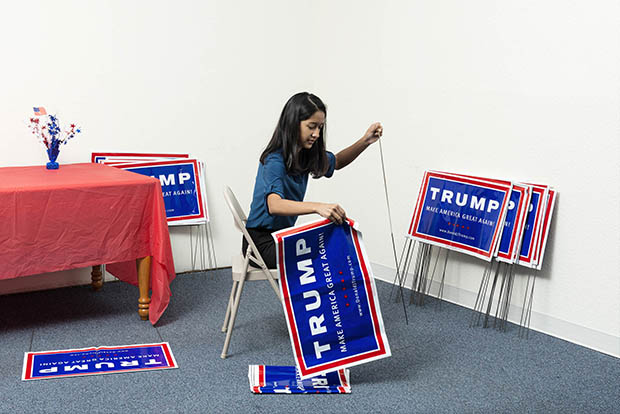 Jimena Rivera, Laredo, Texas: “Trump has declared himself to be pro-life. He is running under a party that is also pro-life. That is enough to gain my support.” 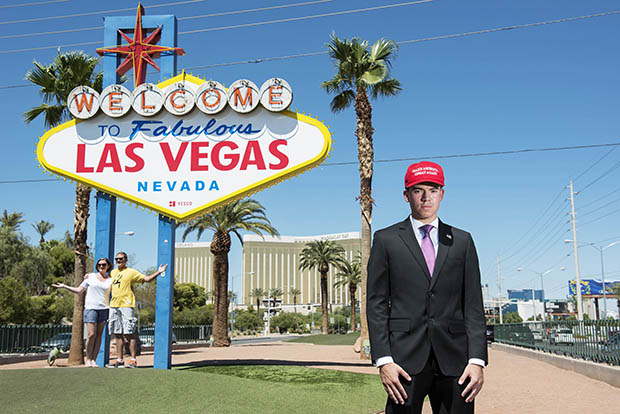