When Nina Berman attending the wedding of US Marine Sergeant Ty Ziegel and his high school sweetheart Renée Kline, she had no idea that the picture she took of a private moment in the lives of two traumatized young people would be co-opted and corrupted by the back alleys of the internet.

After the photo took home first prize at World Press Photo, it took on a life of its own. It was taken out of context and robbed of its original purpose. It appeared on a Facebook page called “cute relationships.” Donald Trump asked to publish it in his book. What was meant to be a portrait of the “deep and lasting human cost of war” became “a crass display for manipulators and idiots.”

Hear her story in the video above.

Nina Berman’s talk was a part of The BlowUp, a quarterly event hosted by Feature Shoot and sponsored by Agency Access. 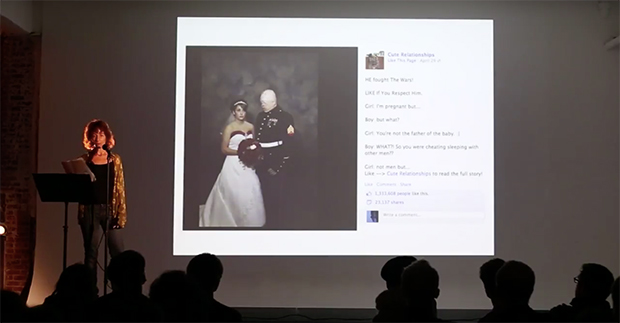