Behind the Scenes of a 3 Minute Photo Shoot with Trump 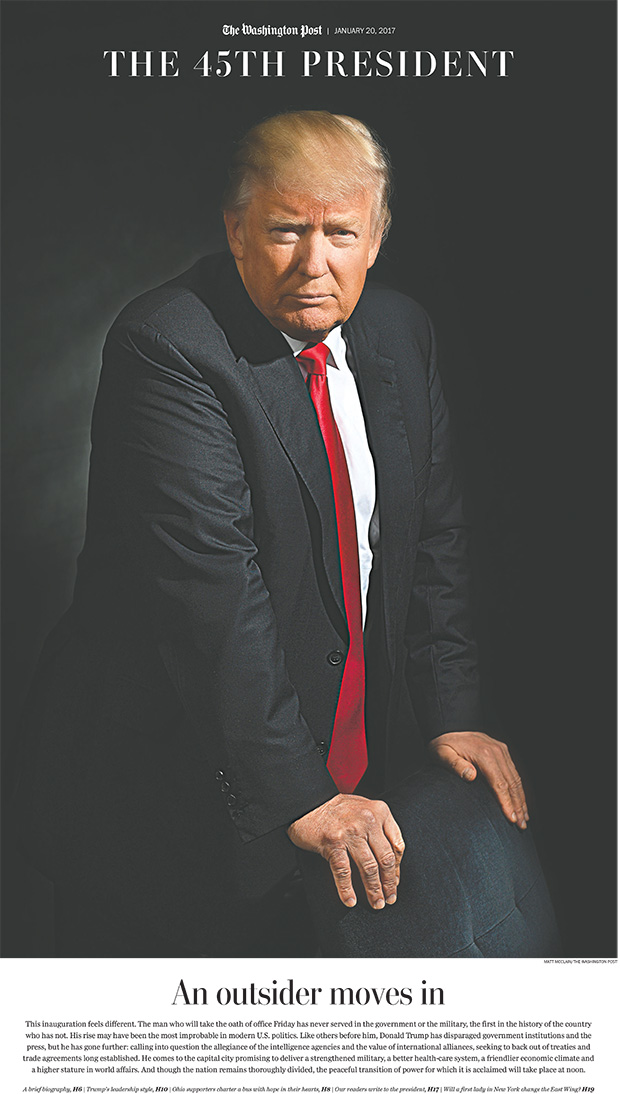 Matt McClain, Staff Photojournalist for The Washington Post, sat down with Mr. Trump for just over three minutes last Tuesday, the 17th of January. Drawing inspiration from the Armenian-Candian photographer Yousuf Karsh’s 1941 portrait of Winston Churhill, McClain’s intention was to make what he calls “A power portrait.”

Churchill is said to have given Karsh barely two minutes of his time. The photographer was only able to make the now-iconic image because he literally removed a cigar from the Prime Minister’s mouth, inspiring quite a scowl.

McClain’s Trump session was less rocky, but it was just as historic. The renowned photographer was indeed “nervous” prior to the shoot and can be seen pacing in the video below, but in the end, he told the Post, everything went well.

McLuhan followed up his prediction for the future of imagery with the following line: “The politician will be only too happy to abdicate in favor of his image, because the image will be much more powerful than he could ever be.” With that in mind, it’s hard to deny the significance of this particular photograph.

You can read more about the shoot over on The Washington Post.