A Look at Life for a Refugee Family Before Trump 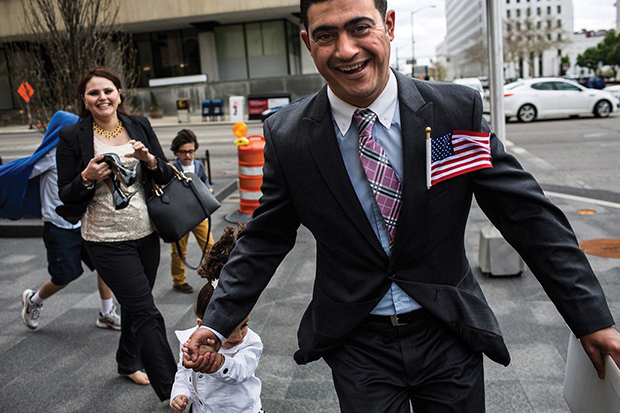 Shaimaa and Haider crammed for the U.S. citizenship exam together. Shaimaa took the oath on January 14, 2015, and Haider followed three months later. “I finally saw a future,” he says. During the ceremony, the judge let Karar sit in one of the jury seats. “That made me feel wonderful,” he recalls.

America drove the Bahar family from their country. Then it gave them a new one.

The Bahars fled Iraq in 2006, at the height of the U.S. invasion. They left because of the things their eldest son saw—the bombings and shoot-outs, the kidnappings, the everyday horrors of life in a war zone—and because of the things he could not see. Karar was born in 2002 with an eye condition that caused his retinas to develop too slowly. But with hospitals in Baghdad overrun with wartime casualties, doctors had no time for a tottering little boy who could barely make out cartoons on television.

The family moved to Cairo, but specialists there were unable to help. So the Bahars decided to apply for asylum in the United States. After a year of ­interviews, background checks, and reams of paperwork, the family landed in Ohio on December 10, 2009. They caught their first glimpse of snow dusting the wings of airplanes grounded on the runway, and waded into the Midwestern frost wearing all the layers they had. A local charity set them up with an apartment, but it came sparsely furnished, so they had their first American dinner of spaghetti and chicken fingers sitting on the floor.

Photographer Holly Pickett has spent nine years following the Bahars from Cairo to Columbus. In 2015, they became U.S. citizens. “When I got citizenship, I felt different,” Haider recalls. “I finally saw a future, and felt sure that my kids would have a good life.” Last year, he and Shaimaa voted in their first American election. She backed Hillary Clinton, because of her support for women, Medicaid, and refugees. Haider picked Donald Trump, because of his promises to bring back jobs to the area.

If Trump had been president when the Bahars sought asylum, they might never have become U.S. citizens. And if Trump succeeds at imposing his travel ban on Iraq, they could be permanently separated from their family in Baghdad.

Read the rest of Atossa Araxia Abrahamian’s article on Holly Pickett’s photographs at The New Republic. 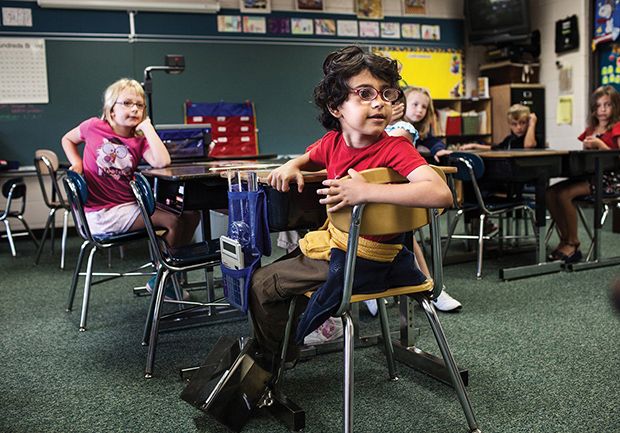 Karar, with a new pair of glasses, sits close to the teacher in his second-grade class in Ohio. “I was lost,” he recalls. “I came in barely knowing numbers. But people weren’t rude—they were helpful.” 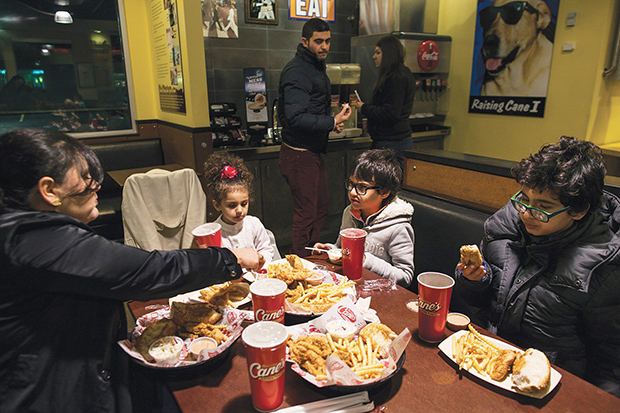 The Bahars have made an annual tradition of celebrating their arrival in America. “We all remember,” Haider says. “It’s like a birthday.” For their fifth anniversary, they went to a fried-chicken restaurant in Columbus. “The best thing is the sauce,” says Karar. “It’s not spicy, but it has a punch.” 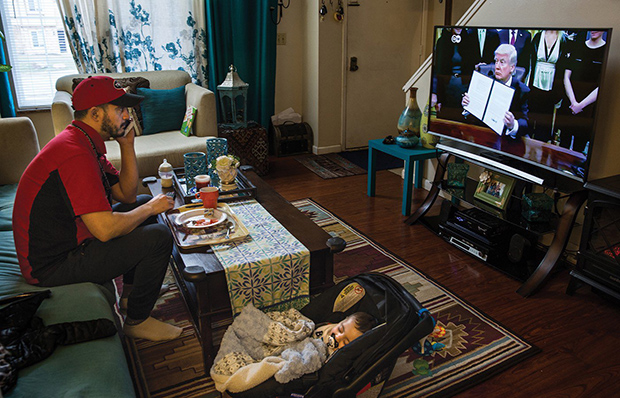 Haider, who voted for Trump, watches the president defend his ban on immigration, while Mustafa sleeps. “I feel bad for guys like me,” Haider says. “I feel what these guys who want to come here are feeling.” He and Shaimaa didn’t argue over her support for Clinton. “I can’t tell her who to vote for,” he says. “That’s American freedom.”