Photos That Capture the Souls of Sheep and Goats 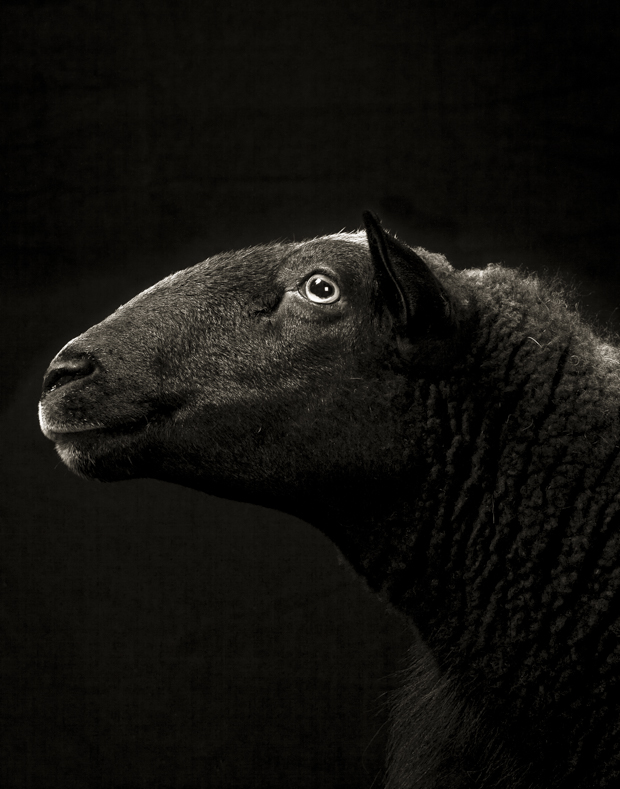 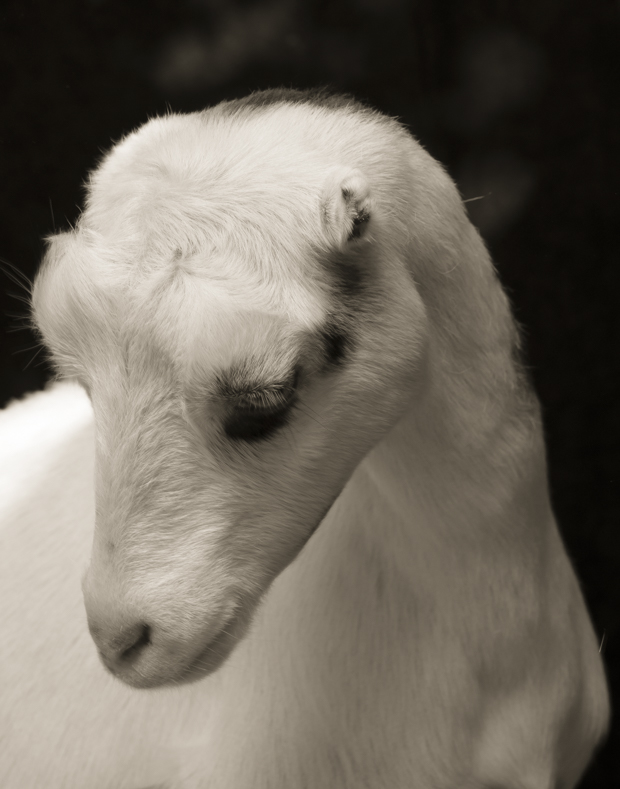 Most of Kevin Horan’s goats and sheep have stories. There’s Sydney, who was “a star,” and Poppy, who was beautiful but “so not into it” with the camera. The photographer worked with with local farm, rescues, and sanctuaries near his studio in Washington, where he has been since 2007, to make classic, stirring portraits of the animals in their care.

It all began back when Horan made the transition from Chicago to the far more rural Whidbey Island. He remembers his first encounter with the neighbor’s sheep vividly; he wanted to photograph them, but as he puts it, “they were too wild.”

Still, something about the creatures lingered with him, and he found himself reaching out to the owner of a dairy farm full of goats. Because these animals were used to interacting with humans during twice-daily milking sessions, they were happy to humor the photographer and his equipment.

And “humoring” seems so much to be the right word. Of the aloof Poppy, Horan jokes, “I got off only six or seven frames before we let her out of her contract.”

In his portraits, the animals are in a way given the upper hand; they’re dignified, almost revered. These are not the dim-witted goats and sheep of Aesop’s Fables, so often outsmarted by cunning foxes and villainous wolves. They have a keenness, a sensitivity, a true delicacy we rarely associate with non-humans.

Behind the initial laughs the pictures might inspire lies something deeper: genuine delight in the species.

Horan has considered the possibility that he’s anthropomorphized the animals, but that’s part of what draws him closer them. There’s an intimacy to be found in the not knowing, a kind of familiarity—perhaps even a kind of affection— that comes with the mystery of wondering what lies beneath those wild eyes.

David Rosenberg, Editor of Slate’s Behold blog, curates Chattel: A Portrait Study, an exhibition of Horan’s photographs at Kinescope Gallery at 616 East 9th Street in New York. The show opens on September 8th at 6:00 PM. The exhibition can be seen from the sidewalk every day from 11:00 in the morning until 8:00 in the evening until October 20th. 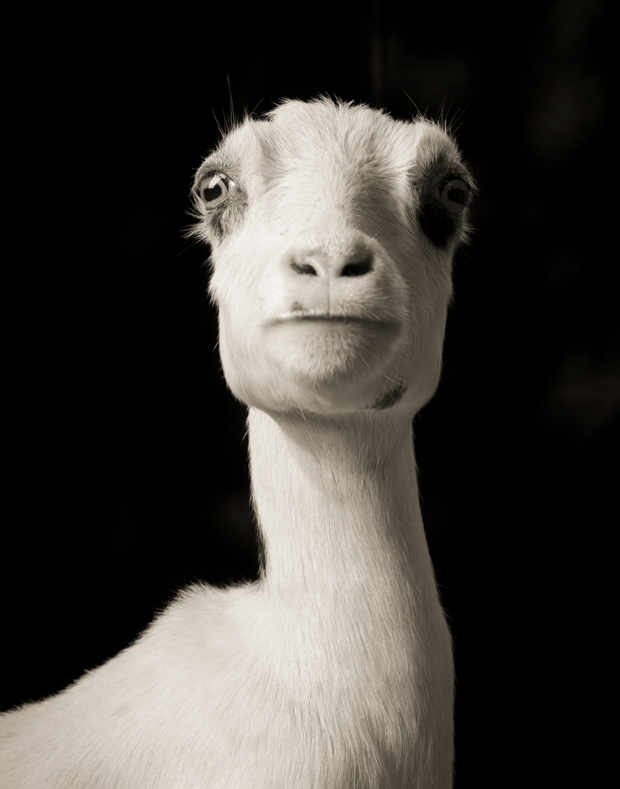 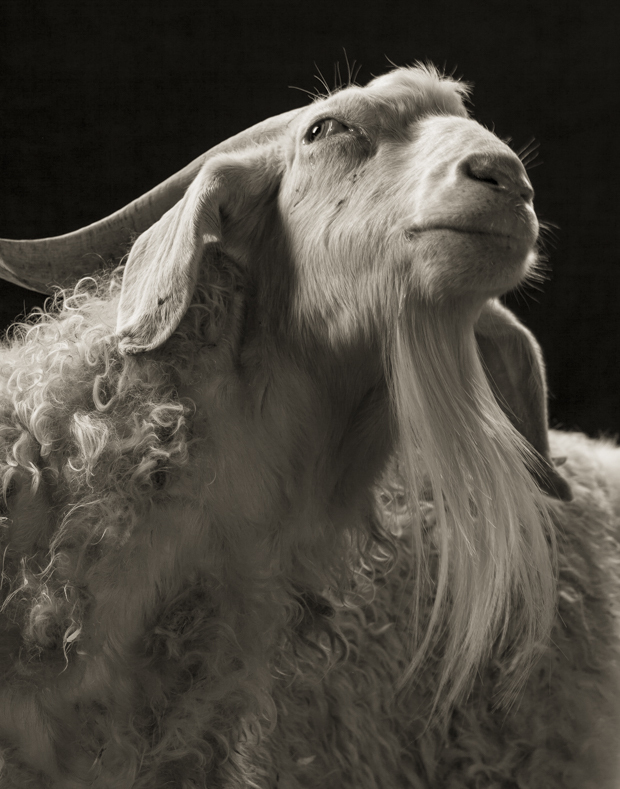 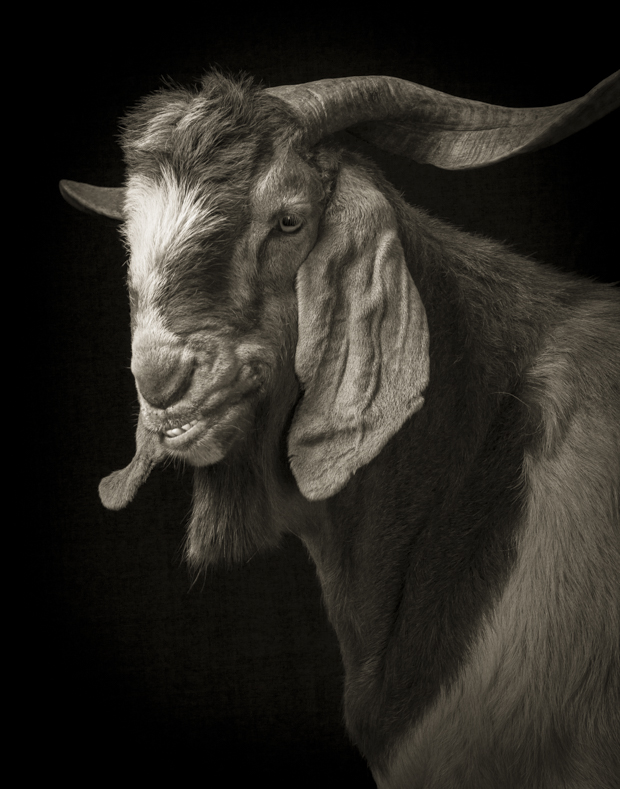 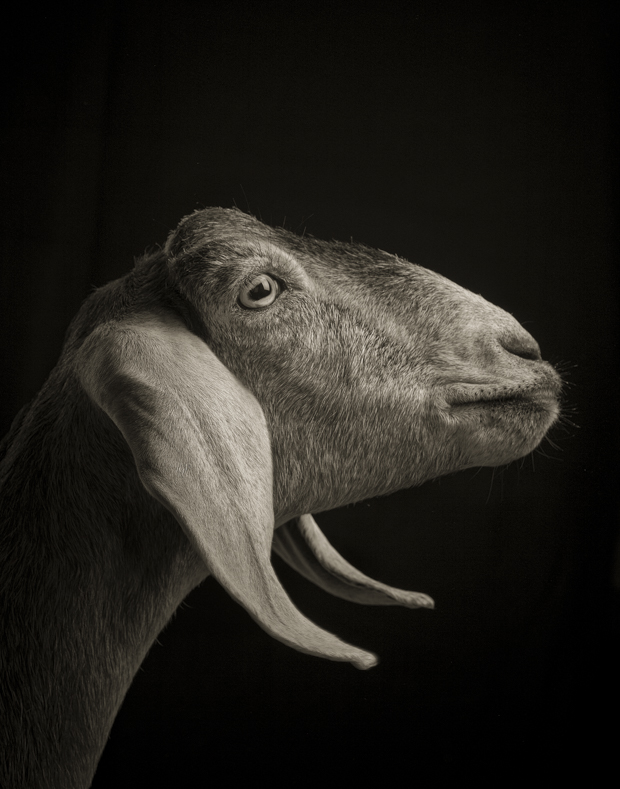 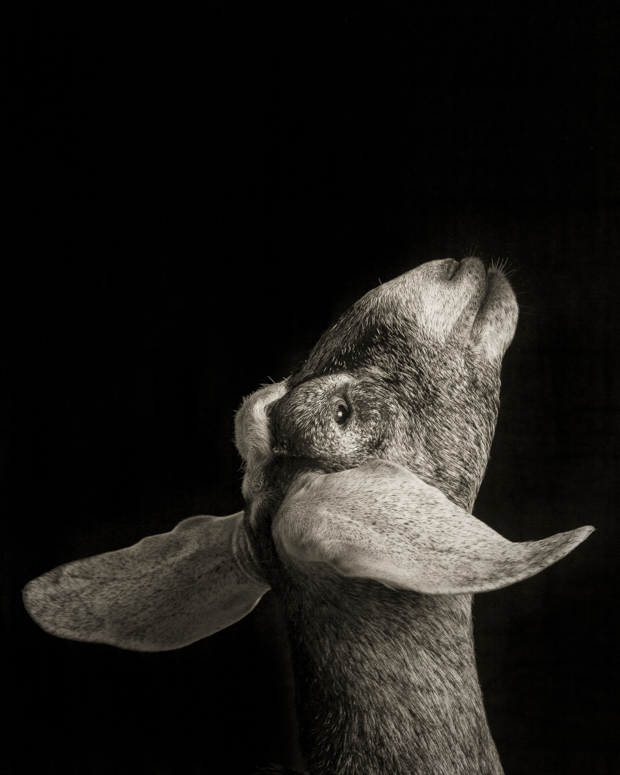 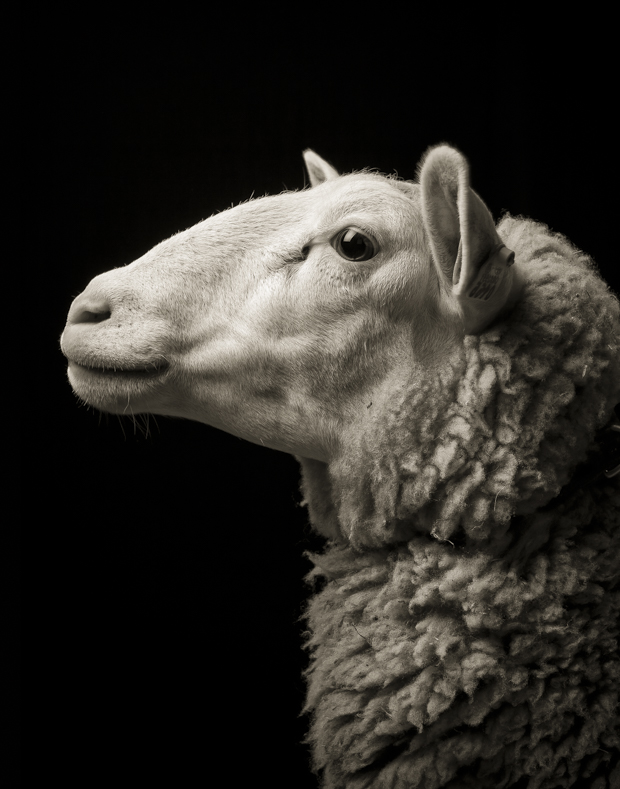 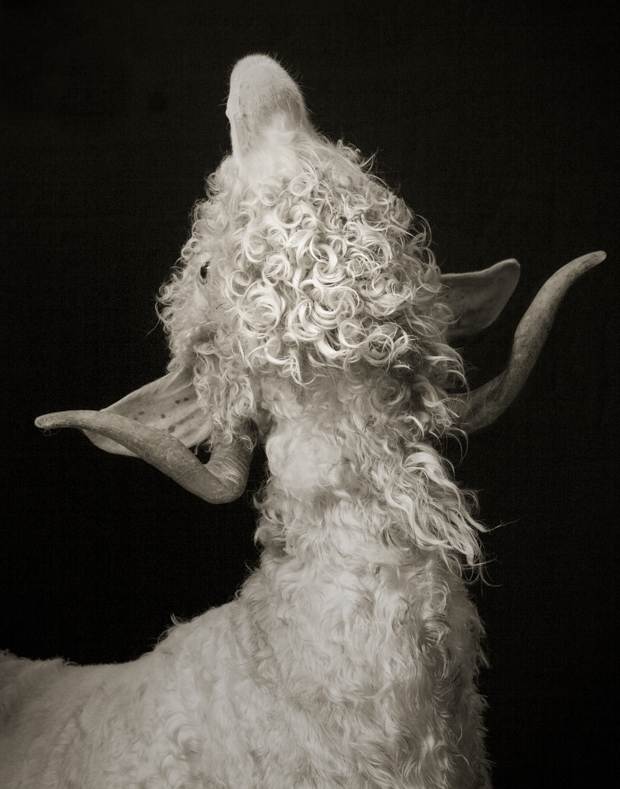 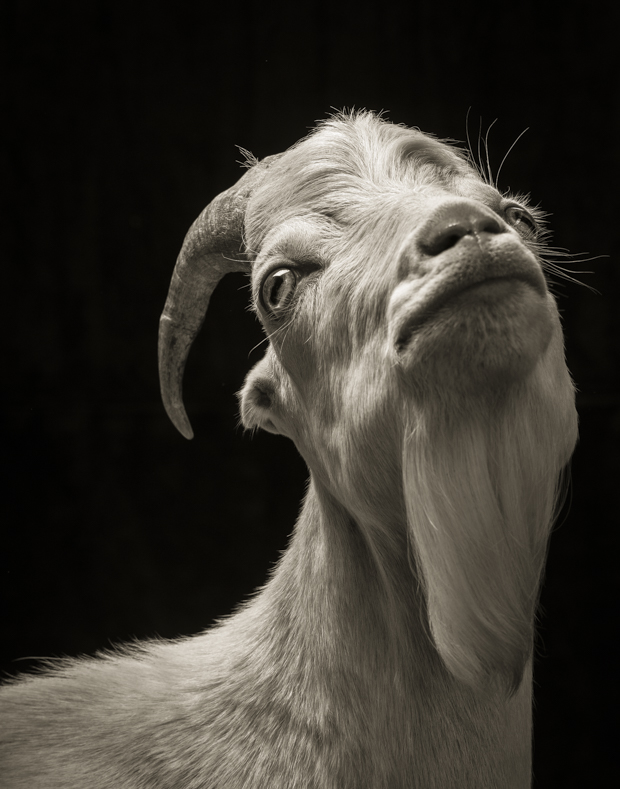 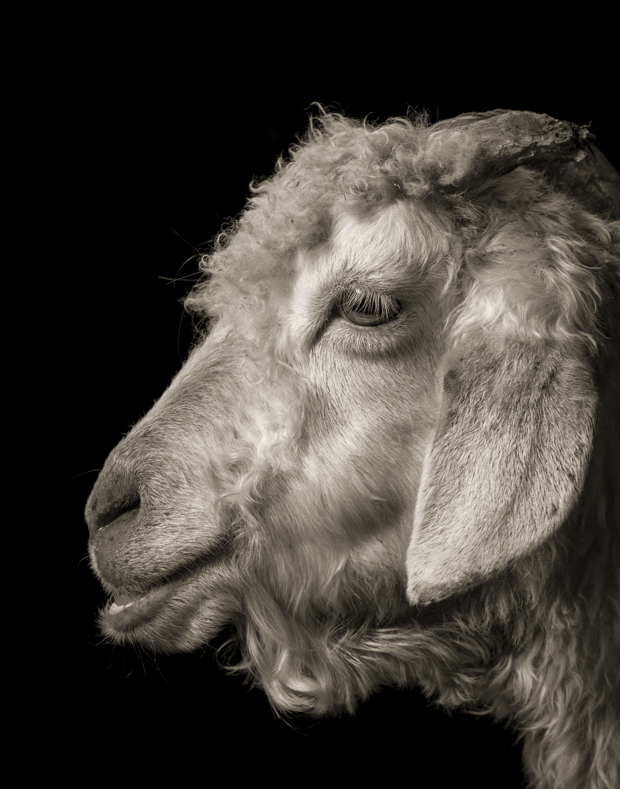 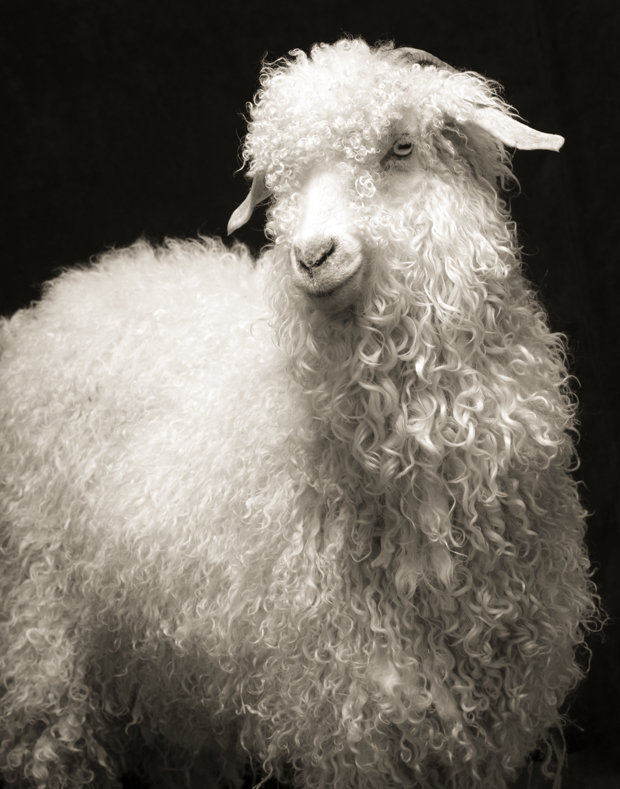