An Ancient Way of Life in the Mountains of India 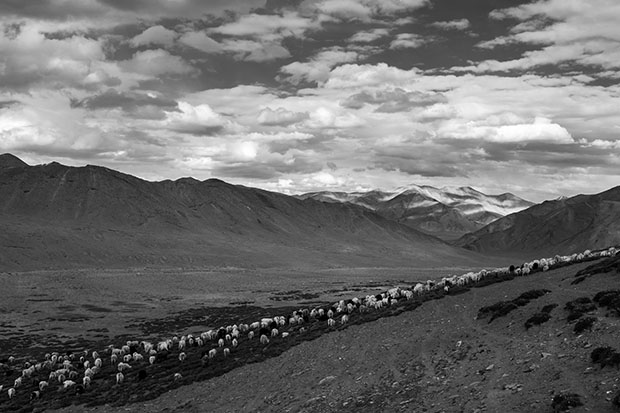 A heard of sheep and goat graze back to Zara village. 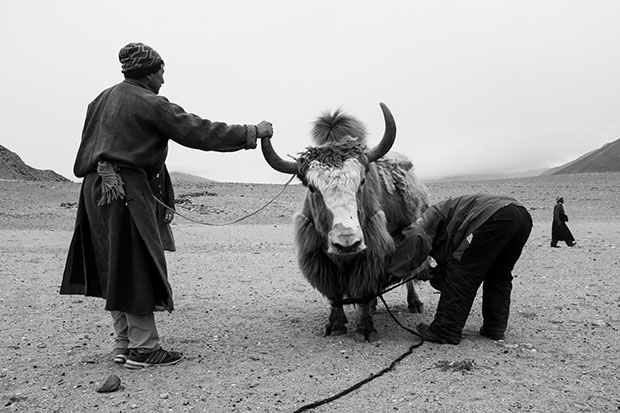 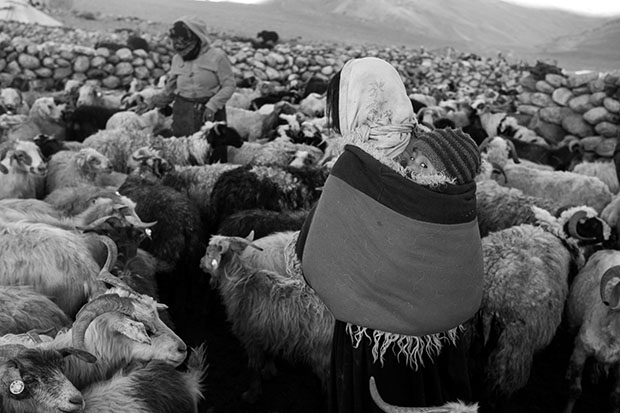 A mother takes her son while counting the sheep and goat on the corral in Zara.

In the mountains of Ladakh in Jammu and Kashmir, India, photographer Ronald Patrick found families adhering to an ancient and sacred way of life. In the brutally high altitudes, he found shepherds, some of them frail with age, commanding herds of sheep, goats, and perhaps most astonishingly, the beautiful, hulking yak.

The photojournalist made the trip from home in Santiago de Chile across the Atlantic and to the remote and rugged landscape of India, where he explored via motorbike. With the help of a local friend, he made connections in Leh and was able to meet the son of a traditional nomadic family, who invited him for a visit.

Patrick stayed for two weeks with the people and their animals, sleeping in a small tent he brought for the trip. He had meals with them and helped out where he could. Some of the younger individuals were able to speak in English, but the photographer says he got on mostly with gestures and expressions.

The terrain was brutal and feral, and even the oldest female shepherd displayed profound strength and perseverance. The work of raising the animals was hard and unending; the nomads awoke at the crack of dawn, and in the frigid air, they walk and graze. The daily walk can be as far as 25 kilometers, or roughly fifteen miles. Patrick followed when he could.

The rhythms of daily life revolve around nature; the survival of the nomads is dependent on their sheep, yak, and goats and the wool they are able to produce and sell. The needs of the creatures are a driving force, and the people protect them, feed them, shear them, and tend to their wounds if somehow they are injured.

Patrick was moved by the “perfect yet fragile” bond between the humans and their creatures. Not one thing was ever wasted, and the animals provided food and warmth to their guardians. Even the tents are built using the wool from the animals. The shepherd, though he lives in rough conditions, never resents his animals. If the herd wanders, he follows uphill without a word of complaint.

“There is deep respect for the resources, the rivers, the soil, the rain,” the photographer says, “It’s all as one.”

He will never forget the day during his trip when he was permitted to attend a Mani-Pa Buddhist ceremony with a visiting shaman. The year had been a dry one, and with the help of the religious leader, the community asked for rain. That very day, Patrick says, it rained down across the mountains.

The photographs Patrick made in Ladakh make up one chapter of a larger project about migration and transhumance. Many of life’s riddles, he believes, can be solved by stepping back in time and honoring our connection with the earth and its many inhabitants.

Sadly, modern pressures weigh heavily on the nomads of Ladakh. The younger generation is abandoning the old way of life for more cosmopolitan routines in the city, and those who leave struggle to support themselves and their families.

One day, Patrick fears, the last of the Ladakh nomads will depart, and mankind will sever the ties that bind us to our ancestors. Until then, he’ll take pictures to remind us all. Find more at Ronald Patrick’s website. 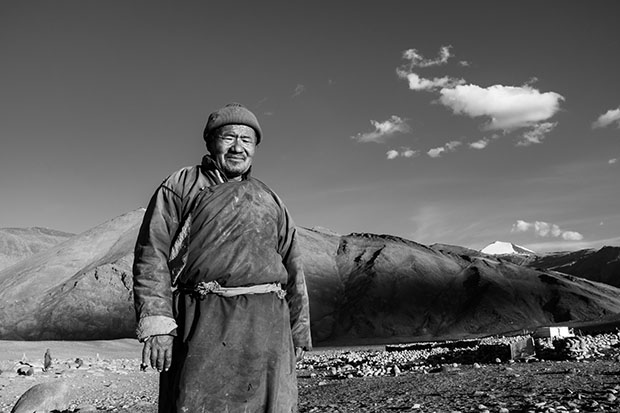 A nomad poses for a portrait in the settlement of Zara. 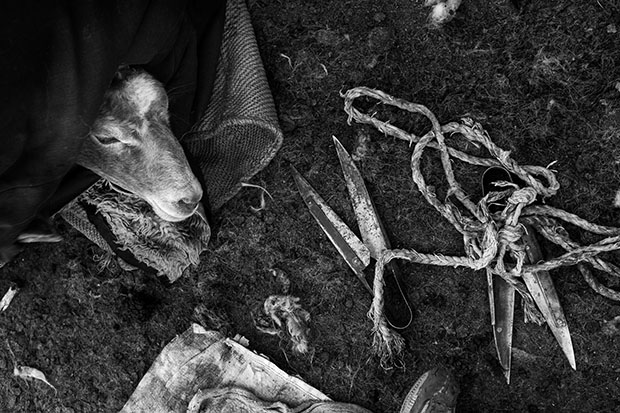 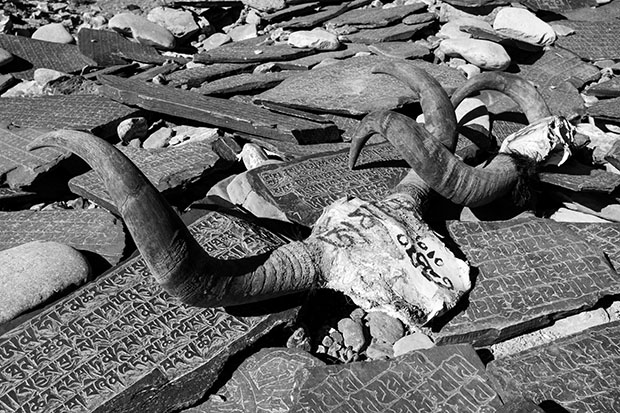 Praying stones and yak skulls in the village of Dat. 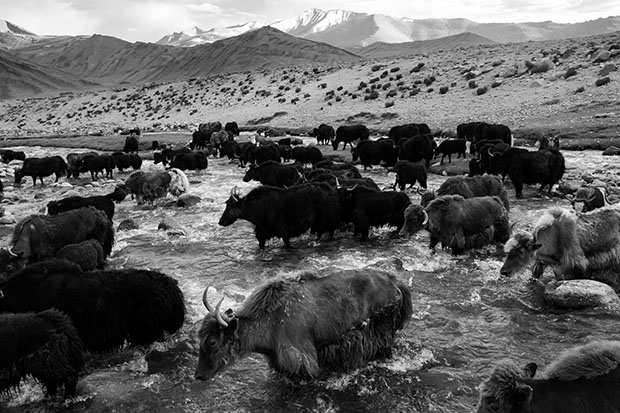 Yak cross a river towards the Zara nomadic settlement. 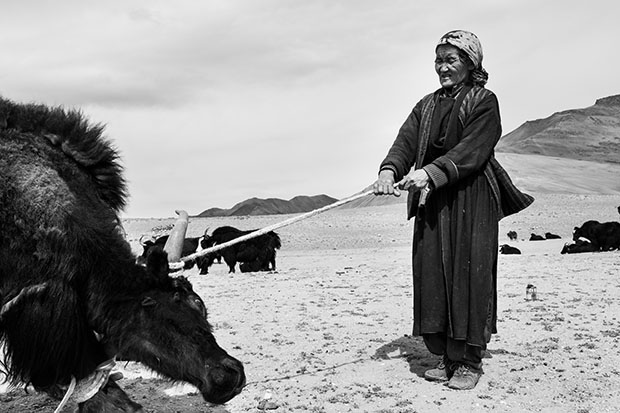 An old lady holds a yak while he is sheared, Zara. 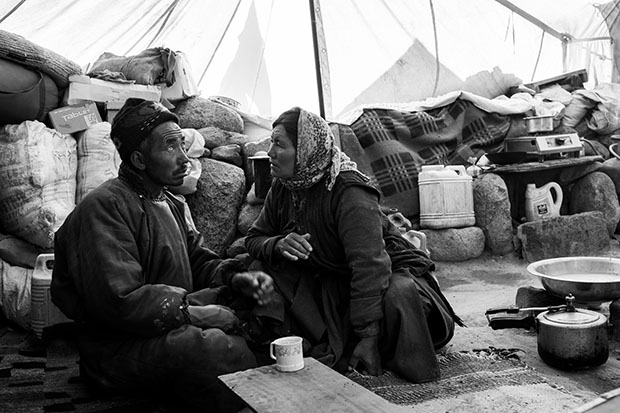 Diskist Angmo checks her huband’s eye in the nomadic settlement of Zara. 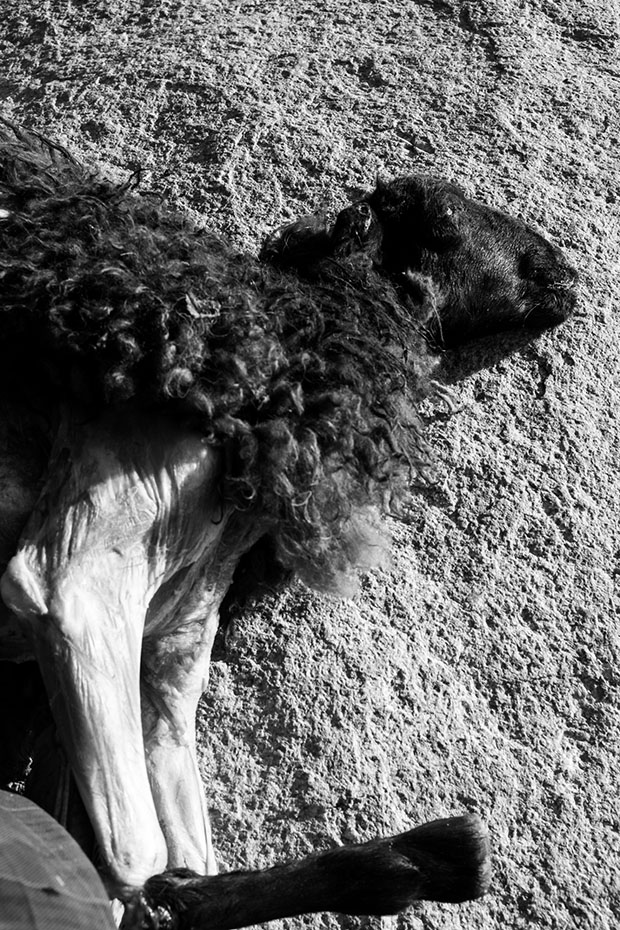 A dead sheep is being skinned-off to be eaten. Buddhist culture does not allow to the killing of animals, but they can eat animals that have naturally died. 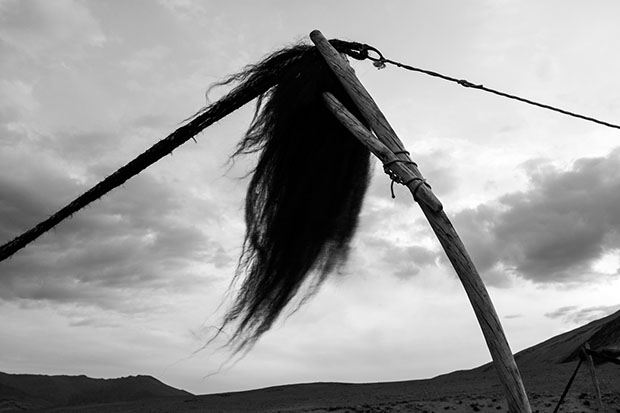 A piece of a yak’s tail hangs from a rope as sign of good fortune. 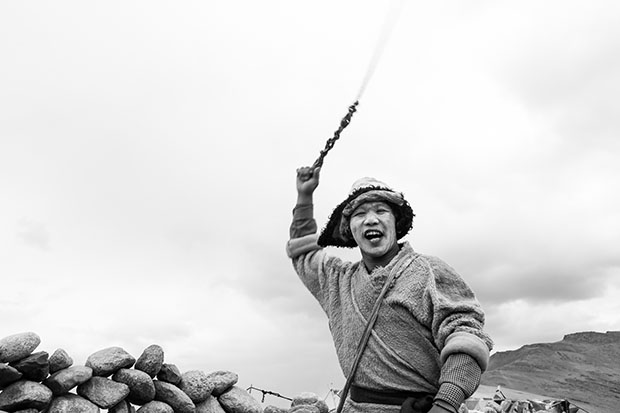 A Spiti Valley Schaman apprentice performs on the Mani Pa ceremony dressed up as a sheep in Zara. 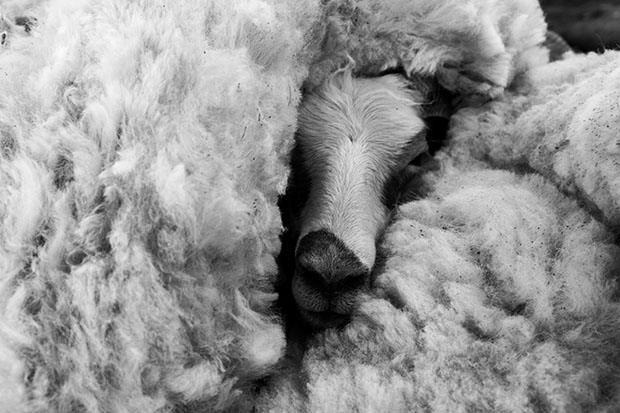 A sheep being sheared. 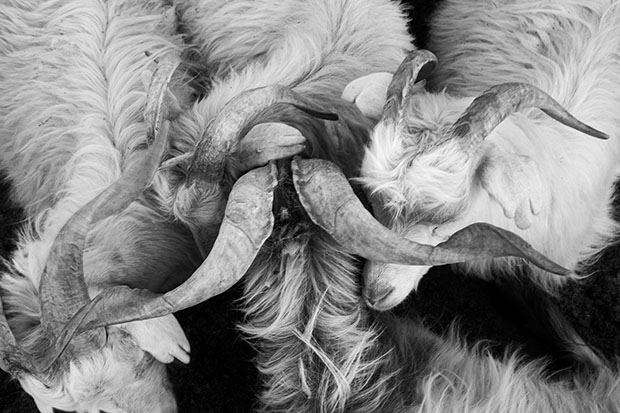 Goats in their corral in Zara. 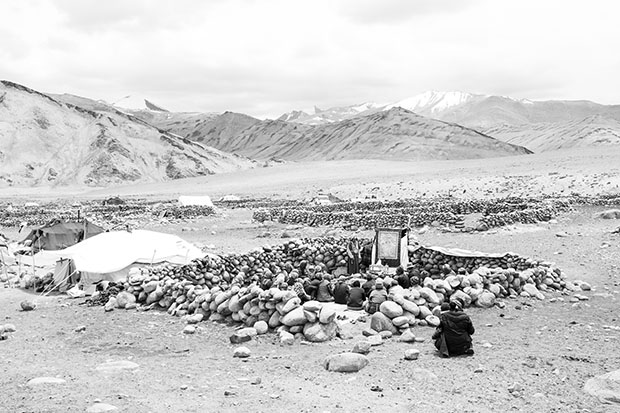 The Chhandak community gathers during the Mani Pa ceremony in one of the corrals of Zara Settlement. 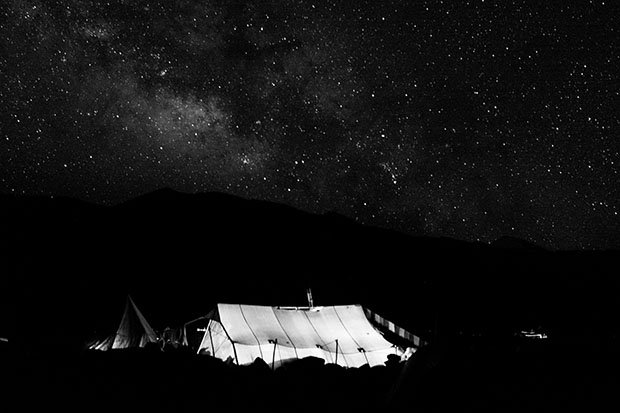 A tent and the milky way in Zara.