Mythology and the everyday collide in these images of bovidae 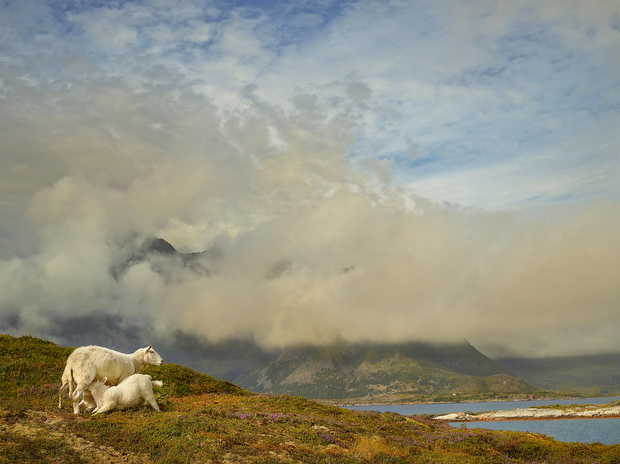 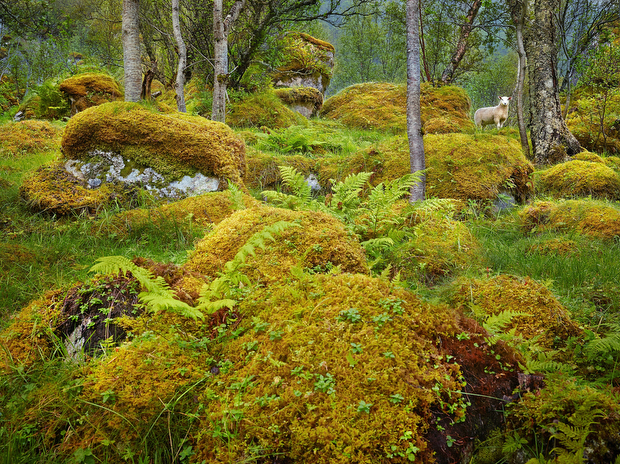 “My life has been one of roaming as my family relocated many times ” says photographer R. J. Kern, who is finally putting down roots in Minneapolis. Something he felt needed amending was the awareness that he was yet to feel any real connection with a place enough to call it home. “Over the years the roaming has evolved into seeking” says the artist. Over the past five years he travelled to Norway, Germany, Ireland and Iceland to “investigate his ancestral, pastoral roots”. Upon arriving in these countries he noticed the way in which the people and their environment supported bovidae: goats, sheep and rams. “The hoofed animals are both banal and mythical” says R. J. Kern, who found that he shared a special affinity with these animals which, like him, spent most of their life on the move. Divine Animals: The Bovidae is the result of R. J. Kern’s attempt to interpret the world by making connections.

Whatever we do in life, we often see the world from the perspective of our passion. A skater sees a park railing or bench as a potential obstacle for grinding, a writer eavesdrops on the conversation of others and develops what they hear into a story, a photographer sees the world as if through a lens. R. J. Kern’s means of interpreting the world is clearly influenced by his passion for geography; unsurprising given that he majored in Art & Art History and Environmental Geography. From this unique perspective he moulded himself an anchor; at a personal level this was fundamental as he began to start a family and create a home for them. “The exploration of my ancestry and cultural heritage through photography has created a thread of connectivity from past to present” explains the photographer.

Travelling to the countries where he identified these roots, R. J. Kern was struck by the number of goats, sheep and rams. Sheep and rams have an entrenched place in human society — for centuries these have shaped and been shaped by their landscapes and have proved a major source of income and sustenance. Their image is reminiscent of the pastoral landscapes they occupy and Arcadia, the Greek vision of harmony in nature; a winged-ram with gold-hair sought by Jason and the Argonauts is a prominent figure in the tale of the Golden Fleece. “My attraction to these animals springs from an affinity for their calm presences and their innate functional beauty” says the artist.

To capture these animals against the pastoral landscape they inhabit, R. J. Kern sought assistance from locals and often their herd dogs who had experience mustering sheep and cattle. He used a medium format camera with studio lighting equipment, the lighting and composition inspired by painters Albert Bierstadt, Thomas Sidney Cooper, William Holman Hunt, and John Everett Millais along with photographers from the Pictorialist movement.

In his future work, R. J. Kern hopes to further explore how we perceive animals in their man-made habitats, how humans manipulate their own environments, and how we too evolve to survive in our surroundings. Despite being a photographer concerned about environment issues, he is not interested in turning his lens towards oil spills or scars on the land. His interest lies in the way in which animals such as the sheep, rams and goats we see in his images have been domesticated by humans: “How have we influenced their evolution? What are they becoming?”. 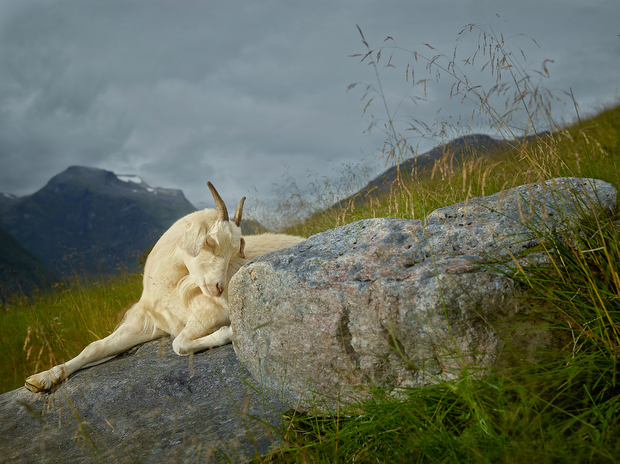 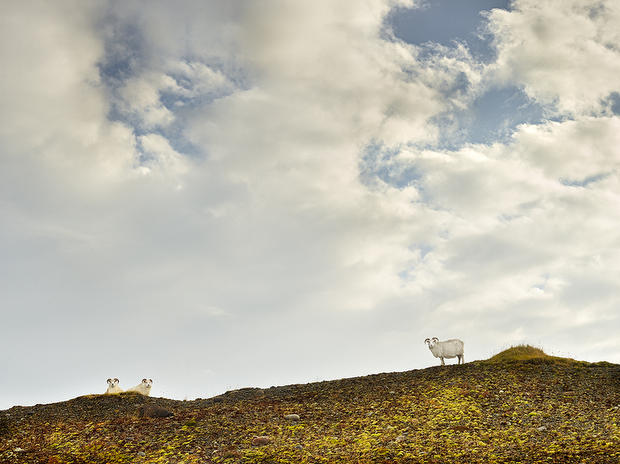 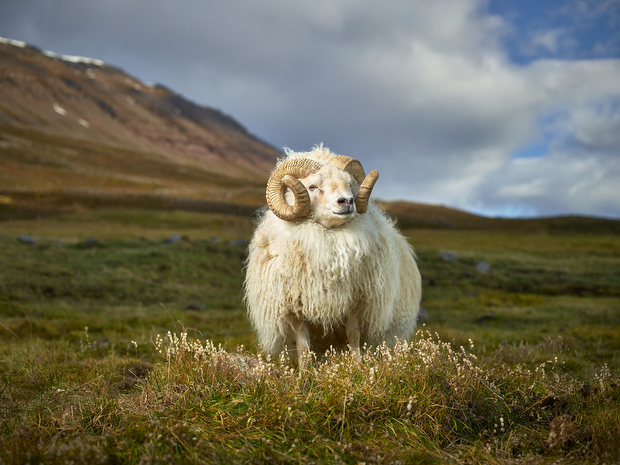 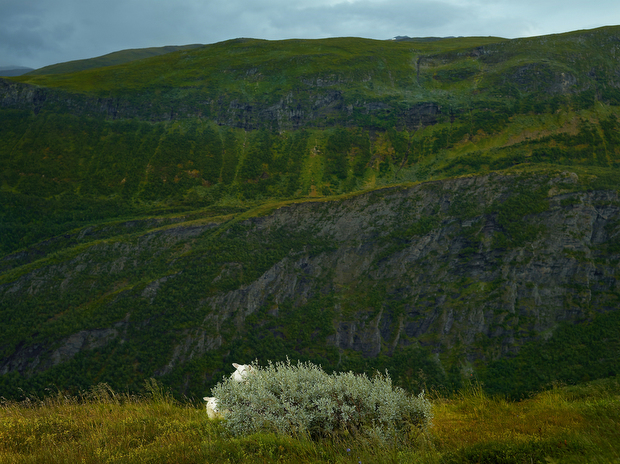 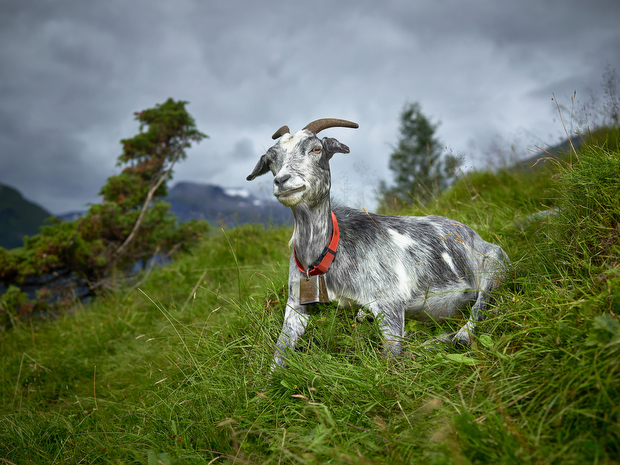 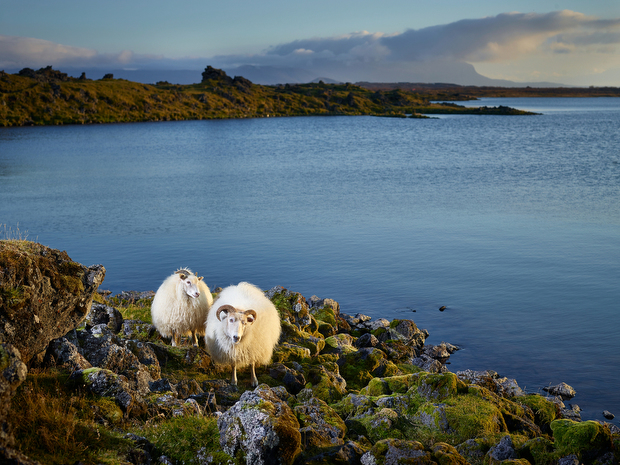 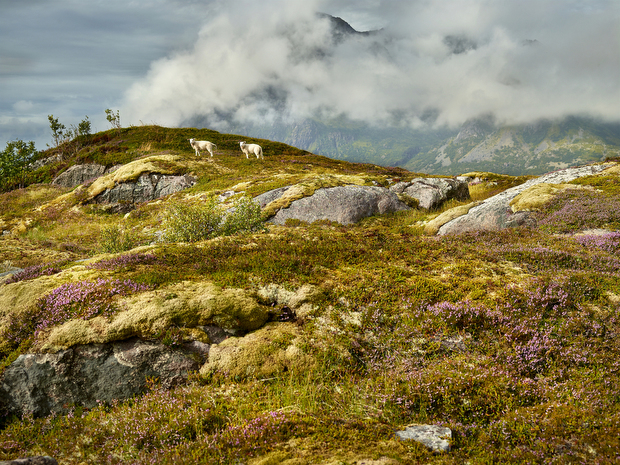