6 Photojournalists on Conflict, Loss, and Redemption 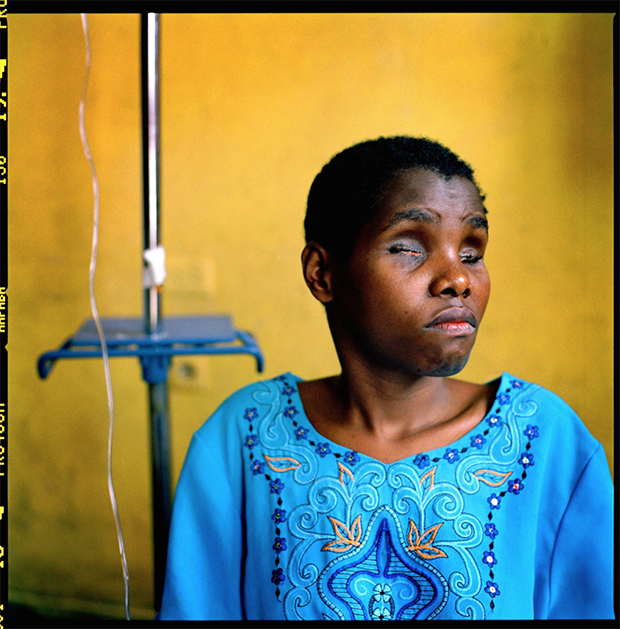 22-year-old Basemae Maombi, whose eyes were cut out after she recognized one of them men raping her and called out his name in an attempt to make him stop. © 2012 Robin Hammond

“A death unrecorded is a death forgotten,” says photojournalist Joao Silva in Conflict, a redfitz miniseries about the drive, the loss, and the redemption of those who put their lives on the line to tell the stories of strangers.

Conflict, available now on Netflix, comprises six episodes. Photographers Pete Muller, Joao Silva, Donna Ferrato, Nicole Tung, Robin Hammond, and Eros Hoagland are each given seven minutes or less to explain, justify, or simply to testify to the years they’ve spent on the frontline of some of the world’s deepest traumas. The entire series is barely 35 minutes, and those minutes go by in the blink of an eye, but—like the photographs made by its heroes and heroines—they stick around for a while.

Two of the six photographers directly address the notion that the camera, in times of crisis, acts as a shield. Both shut the theory down in an instant. To acknowledge conflict photography is to recognize its losses, and Conflict, while firmly rooted in those journalists who are living and breathing, can’t help but be part eulogy to those who never came home.

Tung was in the field with James Foley when he was kidnapped by ISIS; she lived with Chris Hondros in Libya. Hoagland lost his father, photojournalist John Hoagland, when he was just fifteen. Silva watched his friend Ken Oosterbroek, a fellow member of the South African Bang Bang Club, die in seconds, shot by peacekeepers in 1994. When his own legs were blown away by a landline in Kandahar, Afghanistan, he took pictures of them.

“When you know that someone is being hurt, what do you do?” asks Ferrato, whose home became a sort of “hotline” for women in abusive relationships, whom she visited at home and in the hospital. So while the things she’s seen do indeed haunt her when she goes to sleep, she, like so many others feels as if there’s no other choice.

For her part, Ferrato has seen the rays of light—the goodness around the horizon—in a boy named Diamond who dared to stand up to his father when he beat his mother. For others, like Hammond, “the light” isn’t quite visible just yet. He understands that once the shot is captured, the pain remains. The people he’s helped are all, in his words, “the people who I have walked away from.” But it’s the hope that someday there will be hope—that keeps him putting one foot in front of the other.

Of his audience, Hammond says, “I want to make them witnesses. To witness suffering and not take action makes one complicit in their suffering. I think that we’re all complicit.” For a little over half an hour, we’re not only complicit in the suffering; Conflict also allows us to be a part of something larger, in the tragedy and the triumph that comes with this kind of work. And then, the Netflix tab closes, and as Hammond would put it, we walk away. 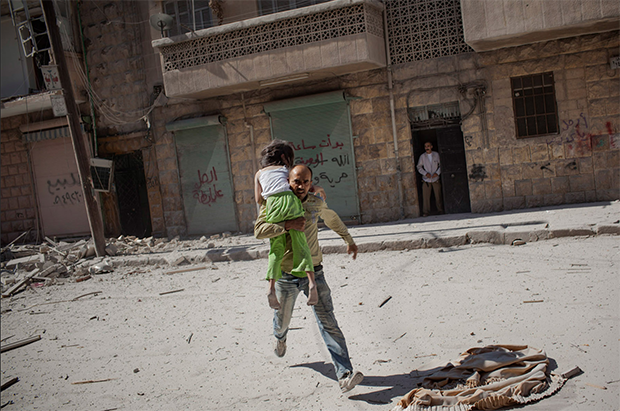 A father runs out of his damaged apartment carrying his daughter following airstrikes by warplanes in the neighborhood of Bustan a Qasr in Aleppo, Syria, on Monday, August 6, 2012, which killed at least eight people, including five children from the same family. Bustan a Qasr, a Free Syrian Army controlled district in south west Aleppo, has consistently been shelled and attacked by helicopters and planes over the last two weeks after the FSA entered Syria’s commercial capital and its most populated city. According to the UN, over 200,000 civilians have fled the city, whilst many other displaced remain inside, seeking refuge in mosques, parks, and schools. Bustan a Qasr remains almost fully populated by its residents who choose not to flee © Nicole Tung 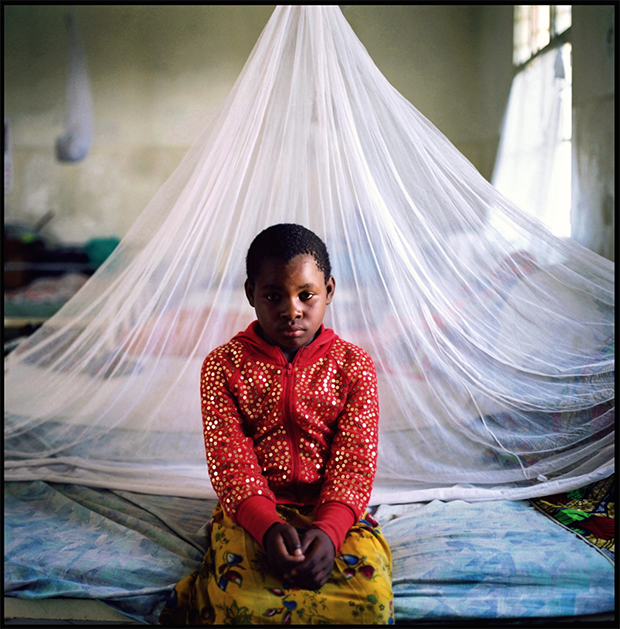 2 weeks before this photo was taken, 9 year old Ntagisanimana was raped. Her mother was at church at the time. The man pushed her legs apart with such force that it damaged her hip. She is in hospital having her hip treated and also injuries to her genitals. © 2012 Robin Hammond 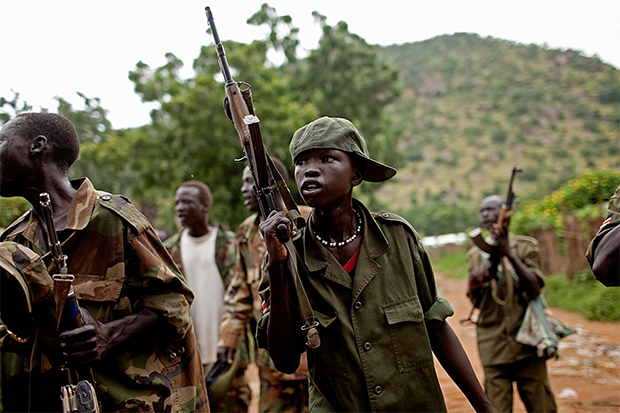 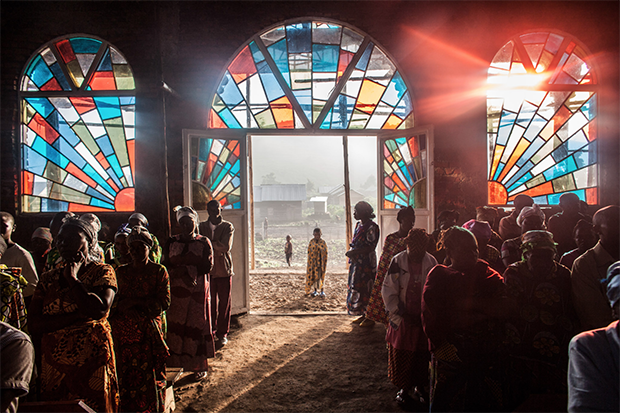 Congolese attend a Sunday church service in the village of Kitshanga, in Masisi territory on March 9, 2014. Kitshanga is the nearest town to the village of Kivuya and has been the site of recent fighting between the FARDC and armed elements © Pete Muller/Prime for The Washington Post 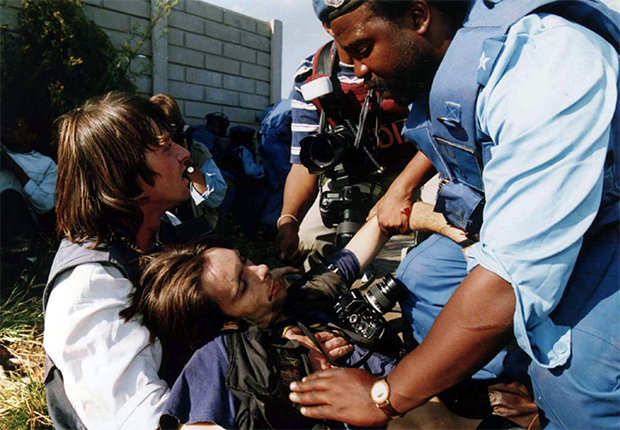 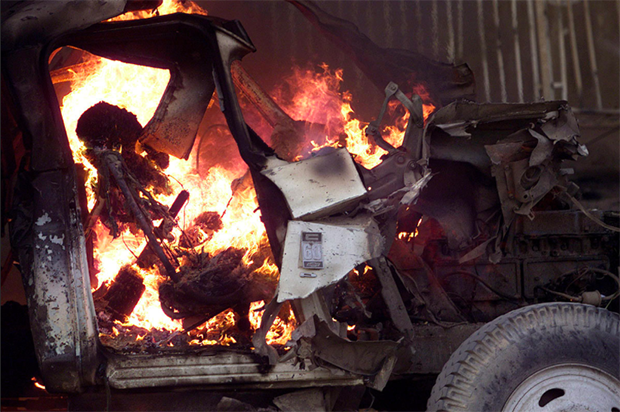 A person burns inside a vehicle after a suicide bomber detonated an ambulance filled with explosives outside the ICRC office in downtown Baghdad, killing at least 15 people. October 27, 2003 © Joao Silva 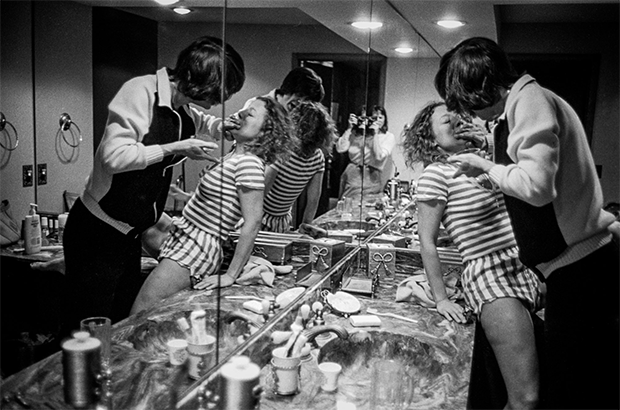 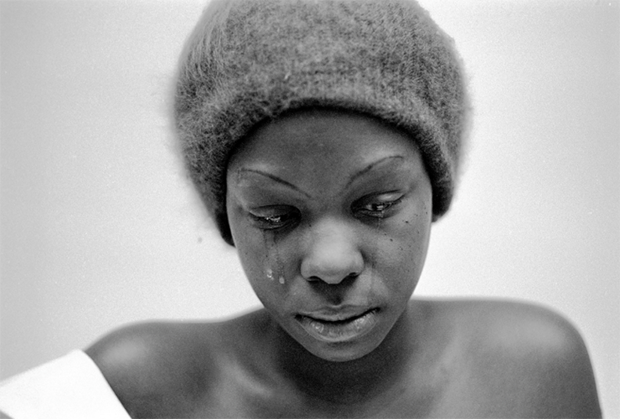 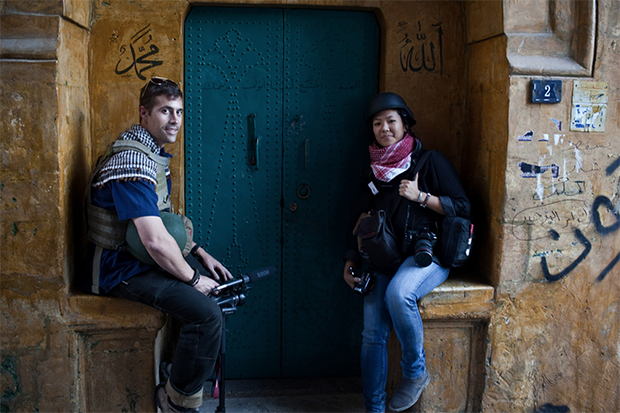 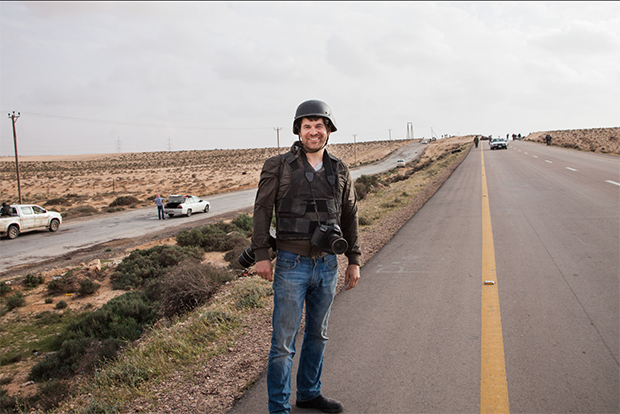 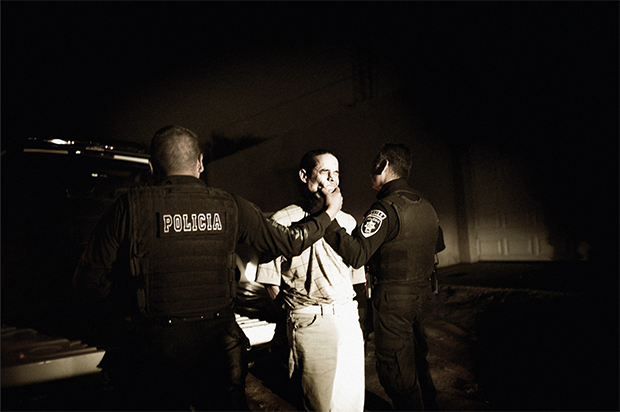 A special operations task force of the Tijuana municipal police conducts a night raid in south eastern Tijuana, an area of the city notorious for drug trafficking and organized crime. © Eros Hoagland 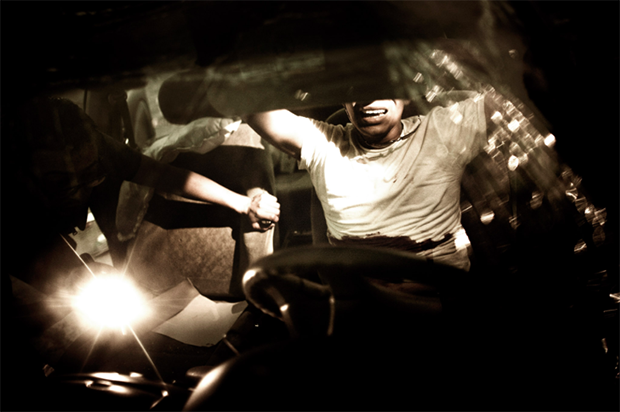 A man lies dying after being shot in the torso and then crashing his car in Ciudad Juarez, Mexico. The man later died from his injuries. © Eros Hoagland 2010