These Photos of Fireflies Are Straight From a Fairytale 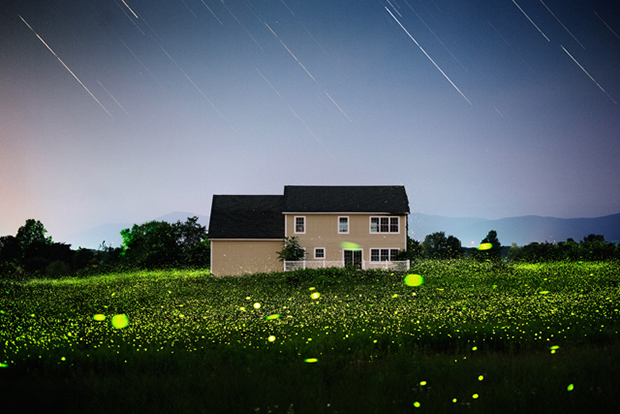 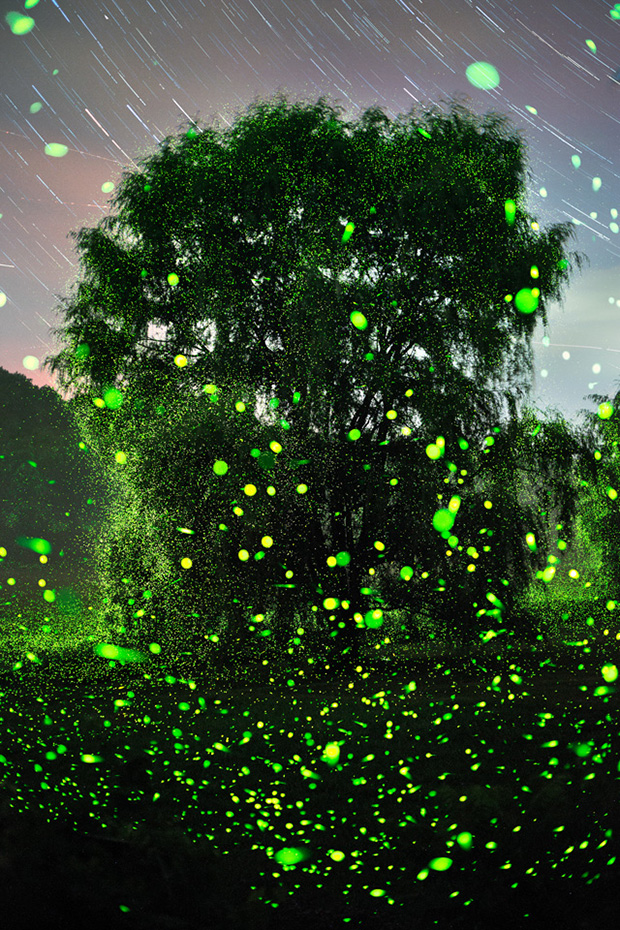 Each year, Tivoli, New York photographer Pete Mauney awaits the arrival of the fireflies, and for about three weeks each summer, the bioluminescent insects settle beneath the moonlight around his house on quiet evenings. He shoots almost every night.

The first roll of film Mauney ever shot seriously was composed mostly of night pictures. He knows the darkness well, and over the years, he’s developed a knack for capturing his surroundings without the guiding light of the sun. It’s easy to blow a long exposure, especially when the moon is bright. For this reason, he explains, the firefly pictures are each composed of anywhere from forty to four hundred stacked frames. The average image represents an exposure of about forty plus minutes.

When discussing his firefly series, the artist is quick to point out that it’s “just a fun thing to do on the side.” After long work days, the fireflies are something he does for himself. He’s always enjoyed their company, the way they move and dazzle, seemingly oblivious to human eyes.

Flipping through Mauney’s pictures, it’s easy to slip back in time, to see why the Native American wrote these tiny, flickering creatures into their origin stories. According Apache myth, it was the fox who gave fire to man after having stolen it from the fireflies. Mauney’s fantasies also transport us to the more immediate past, to our own youth, but none of his magnificent specks of light can be contained within the confines of a mason jar. They’re free, navigating the world according to their own secret rhythms.

When asked if he misses the fireflies once they’re gone, the photographer responds, “yes and no.” If they followed him year round, he admits, they would “drive me kind of nuts.” After all, the magic of the insects lies in part in their brevity. They’re here one night, vanished the next.

Some of Pete Mauney’s firefly photos are available via 20×200. You can follow his blog here. 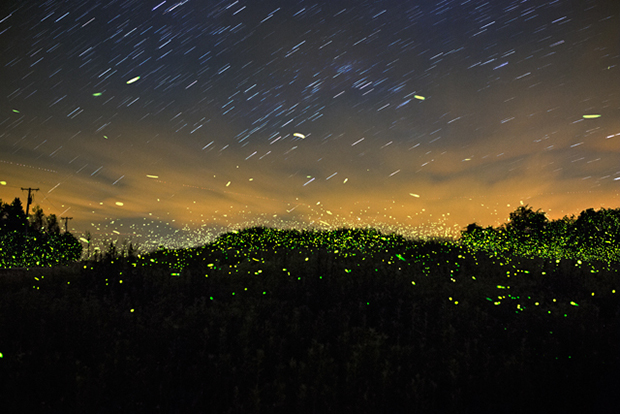 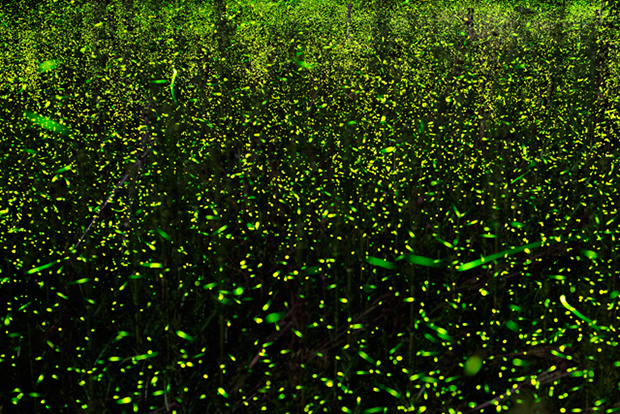 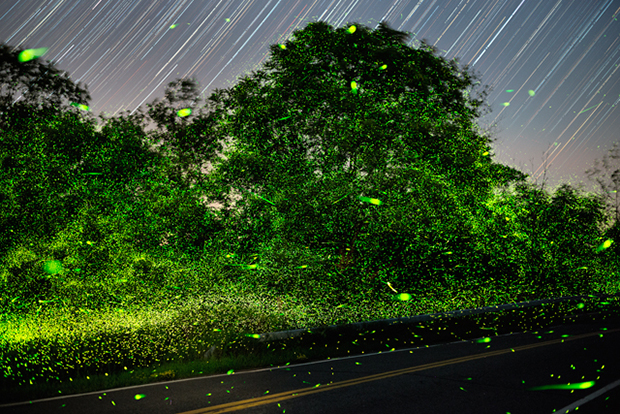 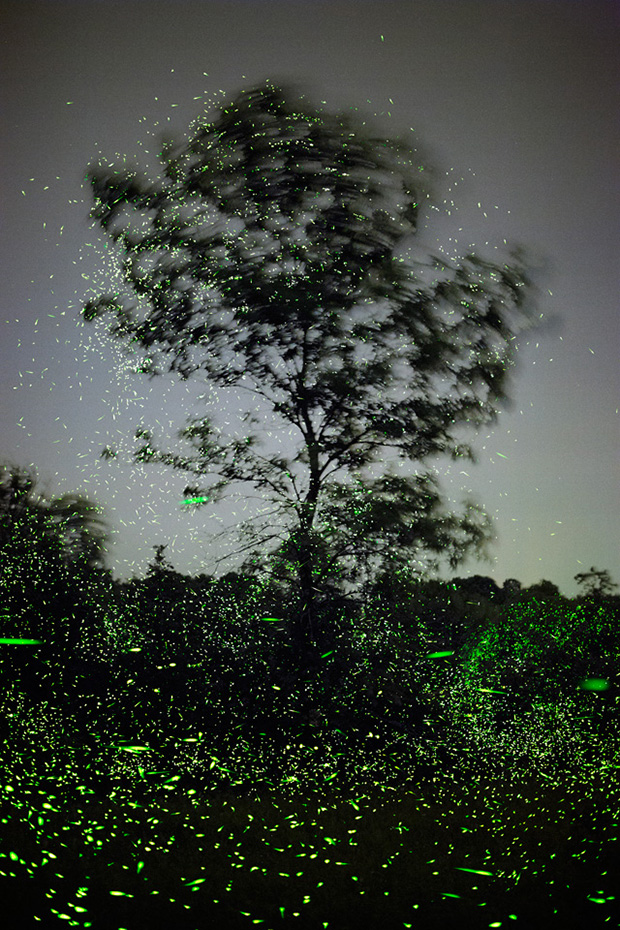 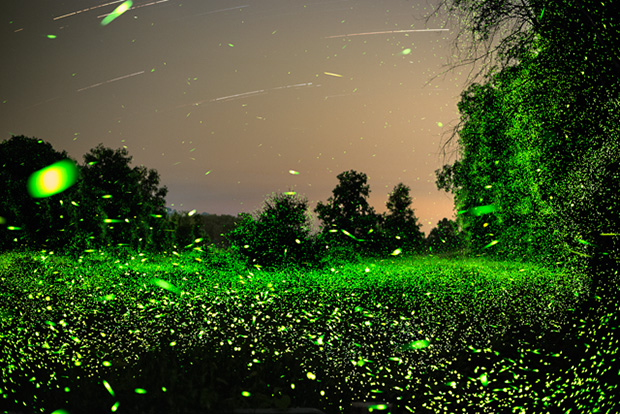 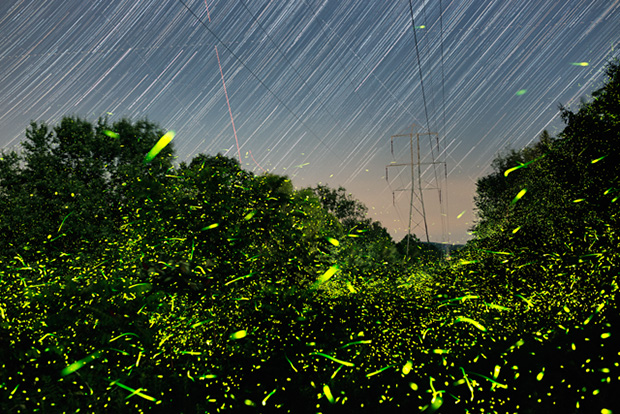 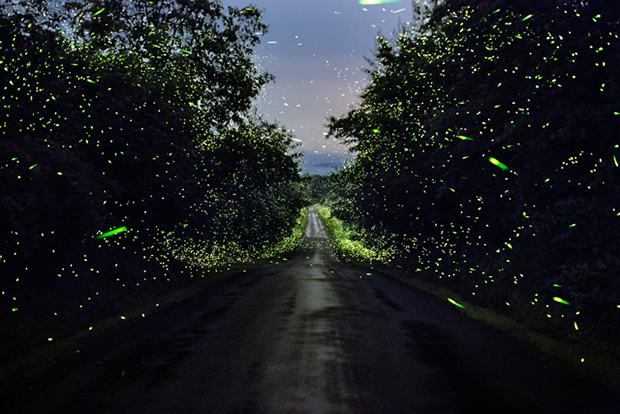