Hanoi at Night is Hauntingly Beautiful 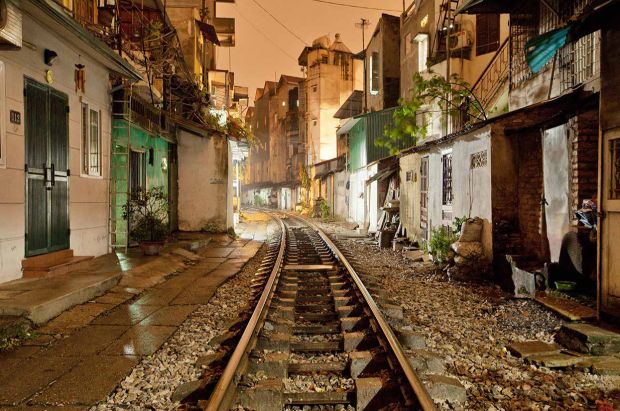 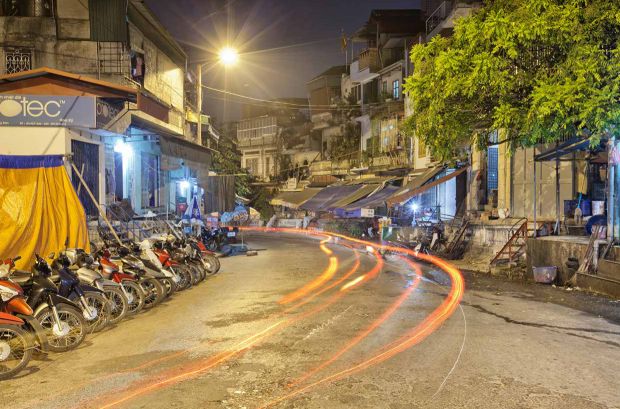 When night descends on the streets of Hanoi, says French photographer Sebastien Laval, the city metamorphoses into another realm entirely. In the witching hours between six o’clock in the evening and six in the morning, he can be seen roaming the Old Quarter alongside the ghosts of ten centuries past.

Laval first became enamored with the city on a 1995 visit to Vietnam, when he says the city was quite different than it is today. He was taken with the architecture and the people, the culture that pulsated through the ancient streets. He wandered off the beaten path, following side roads until he reached corners so sequestered that even his Vietnamese acquaintances couldn’t identify where some of his shots had been captured.

At nightfall, the city comes to life, says the photographer, with bright yellows and blues, reds and greens. Paradoxically, it’s in darkness that he finds the city’s details; daylight, while it illuminates the streets, obscures what happens behind closed doors. At dusk, the lights inside the houses are switched on, making visible the silhouettes that sit inside. During the waking hours, the city is abuzz with activity and noise. At nighttime, we— like fireflies— transform into so many spots of light, flickering hither and thither across the silent streets. 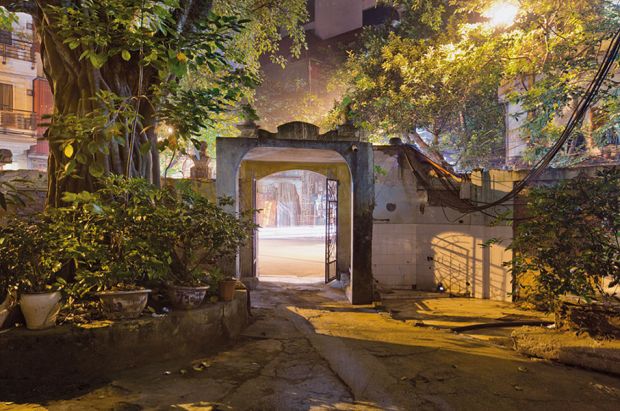 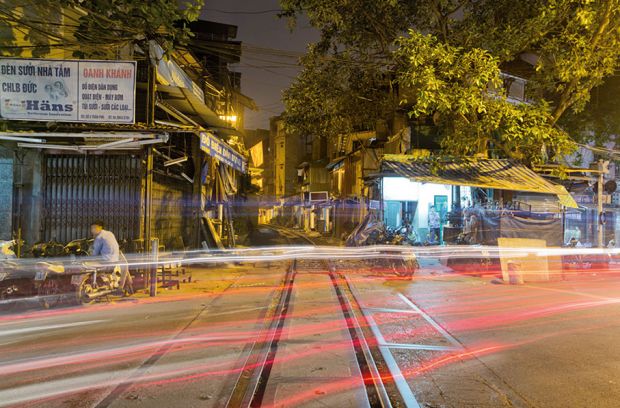 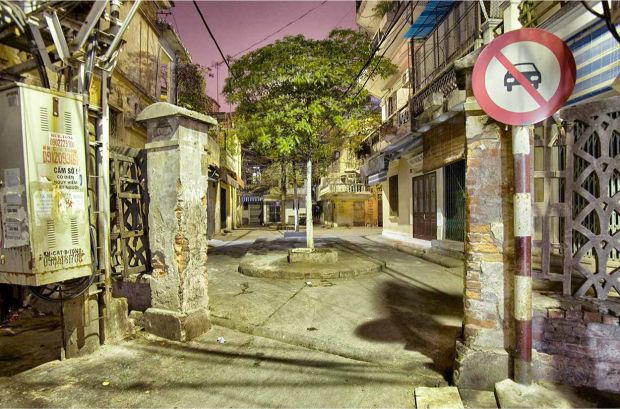 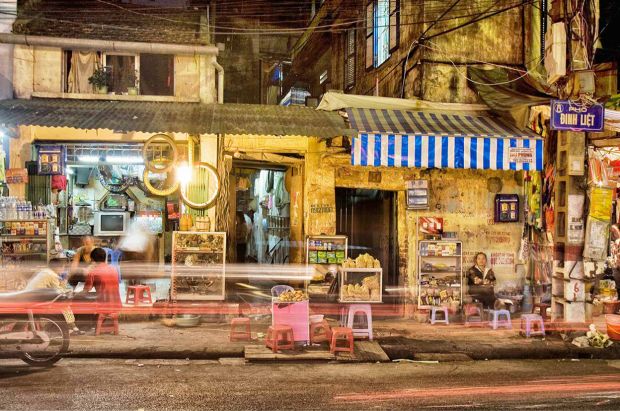 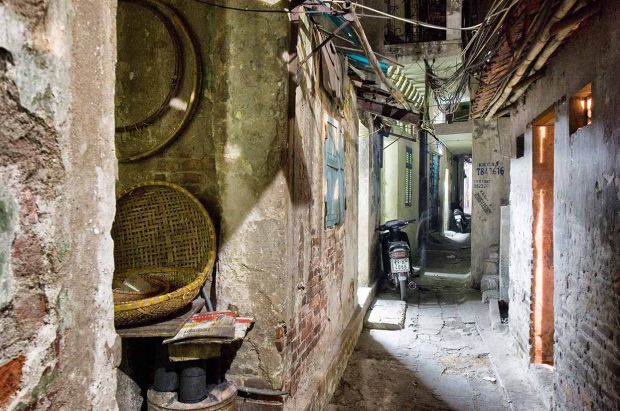 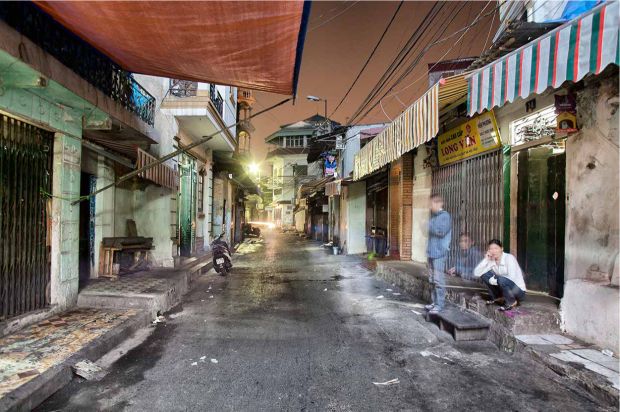 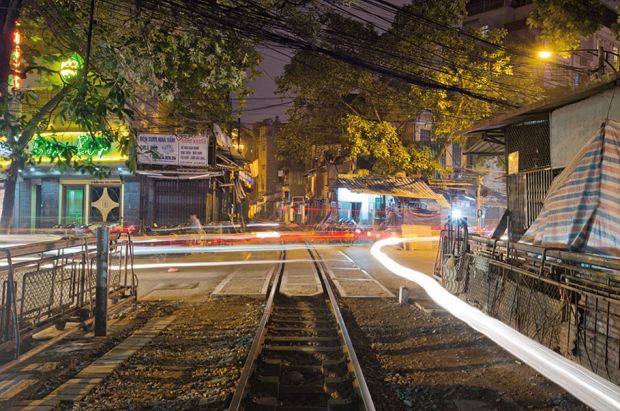 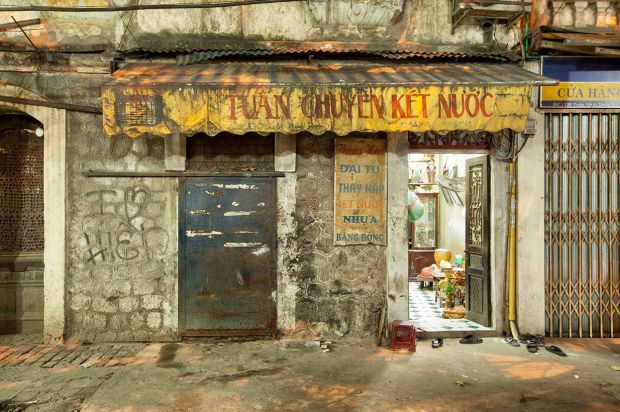 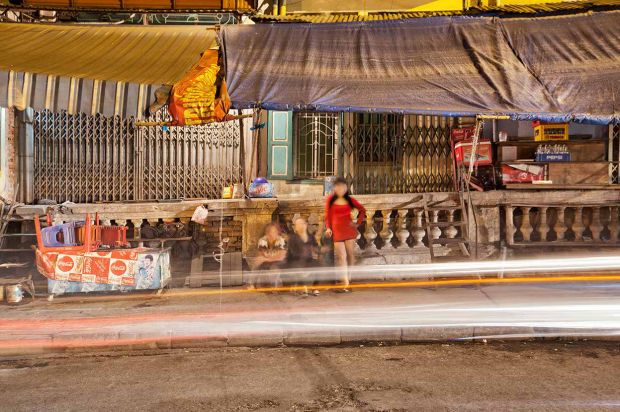 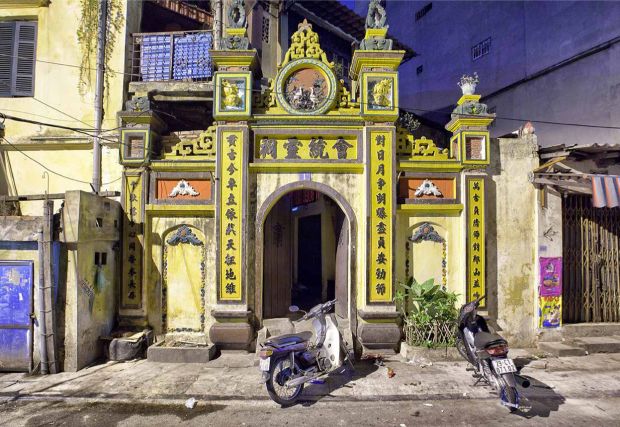