Behold the Magic of the Japanese Firefly 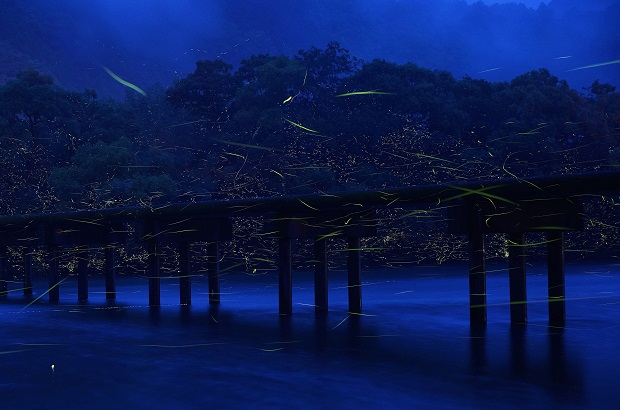 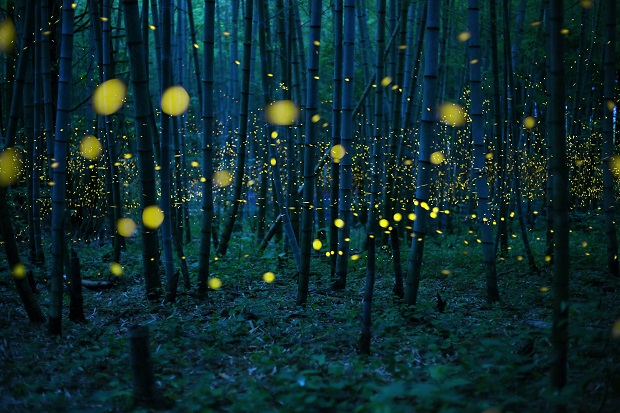 In Japan, the firefly season comes alive at the beginning of the rainy season. Keen to capture this enchanting night-time spectacle, Kei Nomiyama ventured out into the back-country close to where he lives on Shikoku Island in Japan, to observe and photograph it. “I’m a scientist, not a professional photographer,” says Nomiyama who is an Associate Professor at Ehime University. “However, these activities lead me in the same direction. My basic way of thinking is as one who loves nature and animals. I became a scientist to protect nature, and I had an interest in photography to record nature.”

The Firefly series was achieved only after extensive preparation, as Nomiyama spent time over four years seeking locations and then experimenting with different shooting times and exposures. He found the best time to photograph the fireflies was between the hours of 8pm and 10pm, when the forest is imbued with a deep, tantalizing blue. Setting the camera to a high ISO in the weak moonlight, he used long exposure times lasting between 10-30 minutes. Nomiyama says: “I am charmed by the fantastic view created by the fireflies. When I’m looking at this view, I feel calm and relaxed. Many people would see a firefly and feel that too.”

Although he was lucky enough to capture these fireflies, Nomiyama confesses that sightings are actually very rare in the bamboo forest and recently the firefly population has dwindled. “We have to maintain this beautiful environment,” warns Nomiyama. The following photographs remain a permanent record of the firefly’s transient beauty. 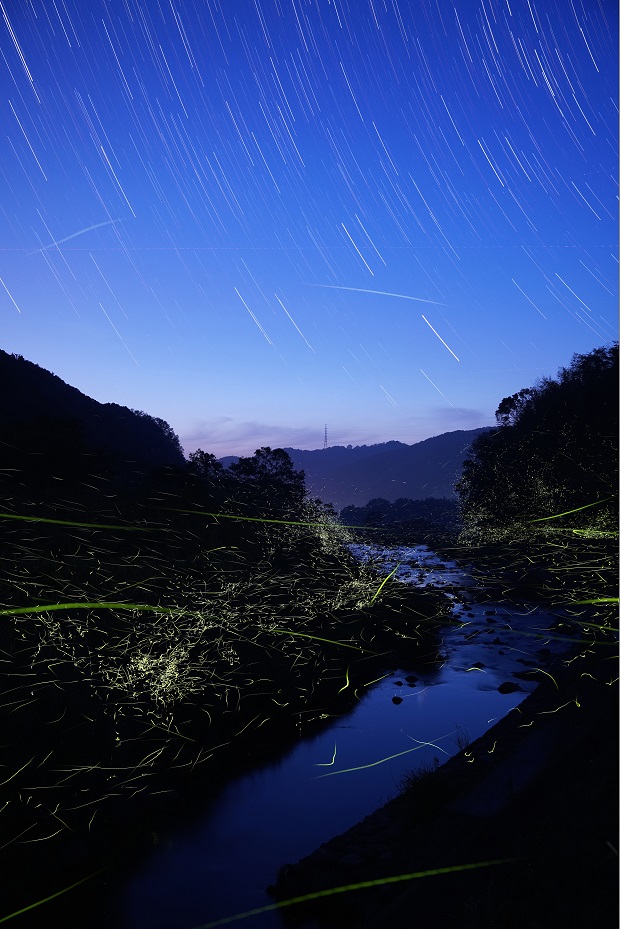 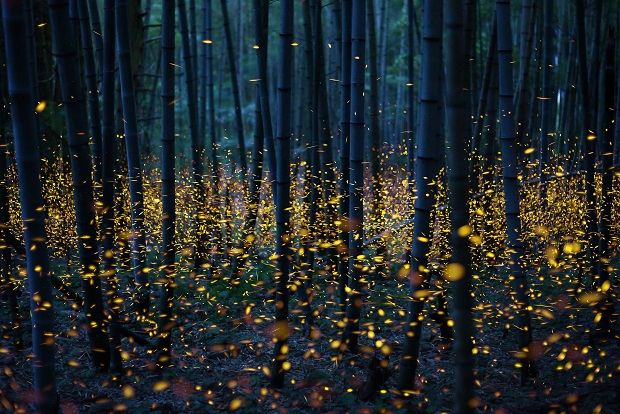 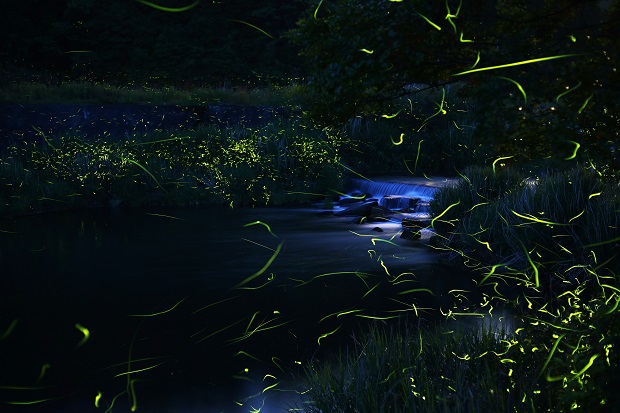 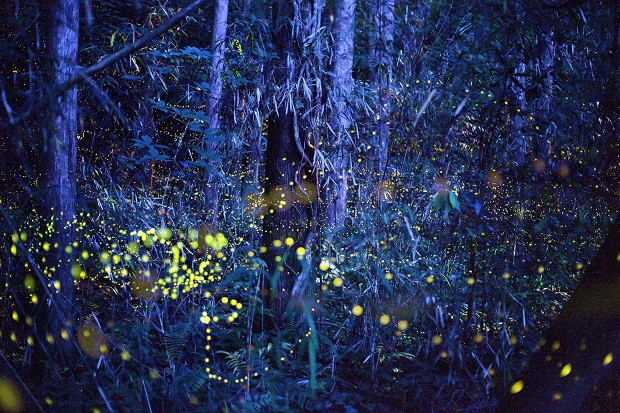 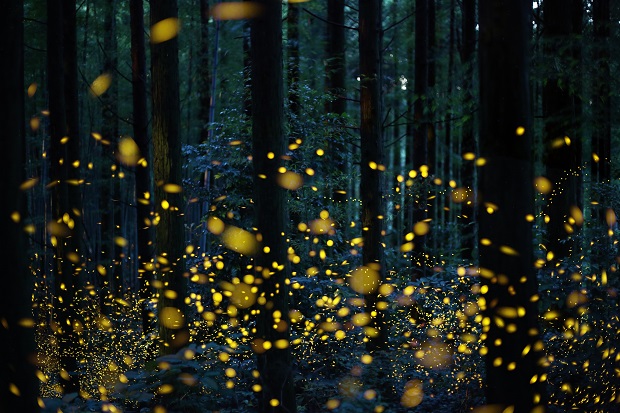 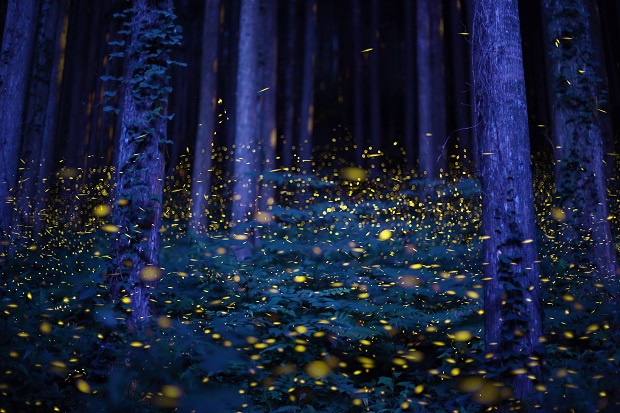 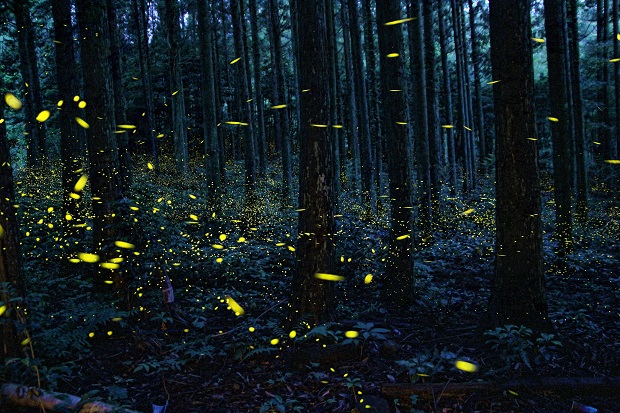