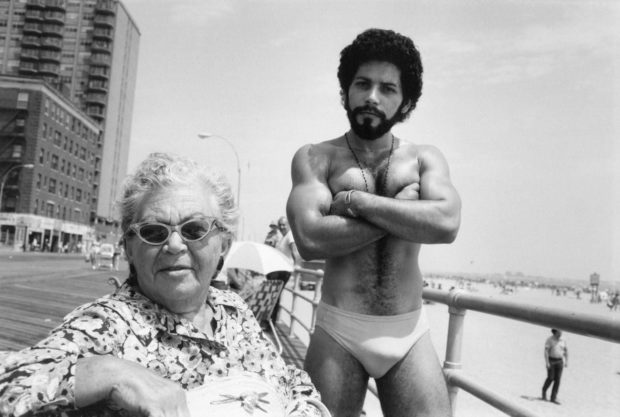 Angel and Woman on Boardwalk in Brighton Beach, New York, 1976 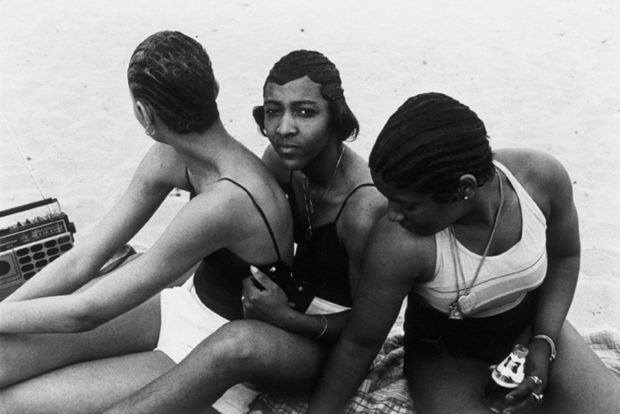 Arlene Gottfried (1950–2017) was a paradox of the best kind: the infinitely shy artist who can blow the roof off the joint while singing gospel, or approach any person in order to take their photo. Hailing from Brooklyn, Gottfried spent her childhood in Coney Island where all kinds of characters loomed near and far.

She took up photography, casually snapping some of the greatest New York scenes ever caught on film, documenting an era of life that once defined the city, but has long since been erased. In Sometimes Overwhelming (powerHouse Books). Gottfried chronicles the charismatic figures she encountered on the streets and the beaches, the nightclubs and the parks, the boardwalks and the parades, the circus and the dog shows.

The result is a kaleidoscopic portrait of the times, of the magical and memorable personalities that peppered public life, when everyone was so distinctive, to really stand out meant you had to take it to the next level. It is those rarefied beauties that Gottfried loves most, the stars who fell to earth and glitter like fireflies of a summer night, floating past you down the street as they go about their business.

Gottfried too floated along, with her camera on hand ready to enjoy the scenes that unfolded as she went around town. She had an innate appreciation for those who put themselves out there, those who could not refrain from having their lives written all over their face. She loved the unusual and unlikely with unabashed aplomb, always celebrating the very qualities that catch others off guard.

Gottfried had a great big laugh and appreciation for sincerity. Though her subjects may be quirky, she meets them where they are, and the result is quite often a mutual admiraton society. Gottfried’s subjects love to stand before her lens, affirming the affirmation until we’re all standing there, nodding in agreement: you right.

You could be rocking curlers and a Chihuahua, or be sunbathing in nothing at all. You might be slinking along the sofa at Studio 54 or doing pull-ups in the park. All that matters is that you are in your element, doing you to the fullest. It is then that Gottfried appeared, camera in hand, ready to capture this unlikely moment in time for all eternity.

Among her countless graces was her reticence to overshare. Sometimes Overwhelming has no text whatsoever – aside from captions that let you know who, what, where, and when. But why? On this, Gottfried remains mum. How? You’ll never know, but she did, and because of this, we won. 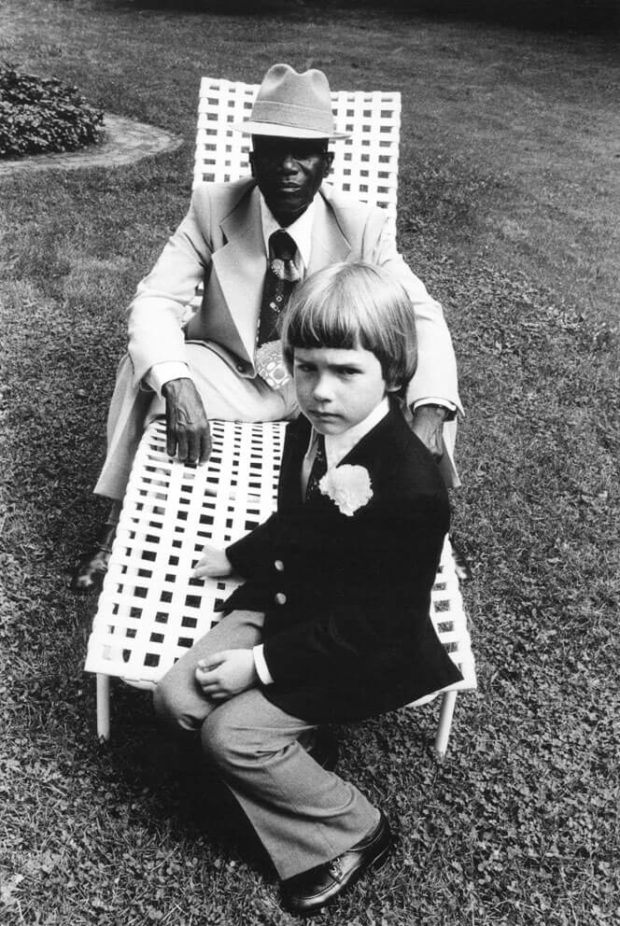 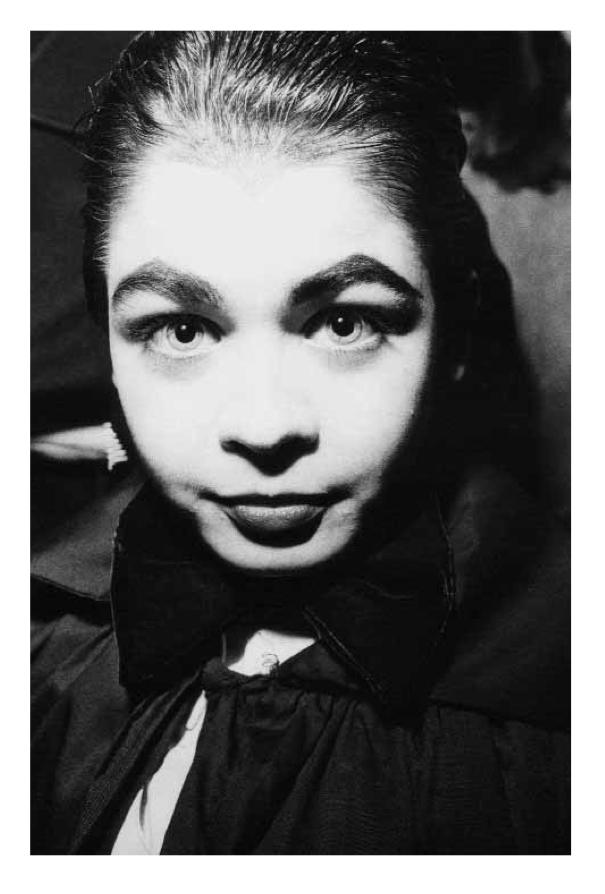 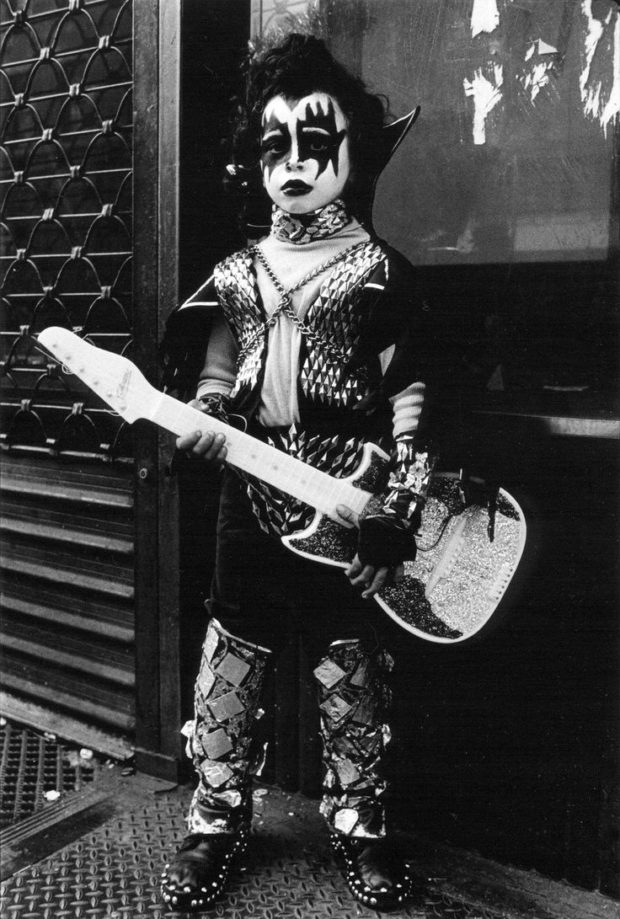 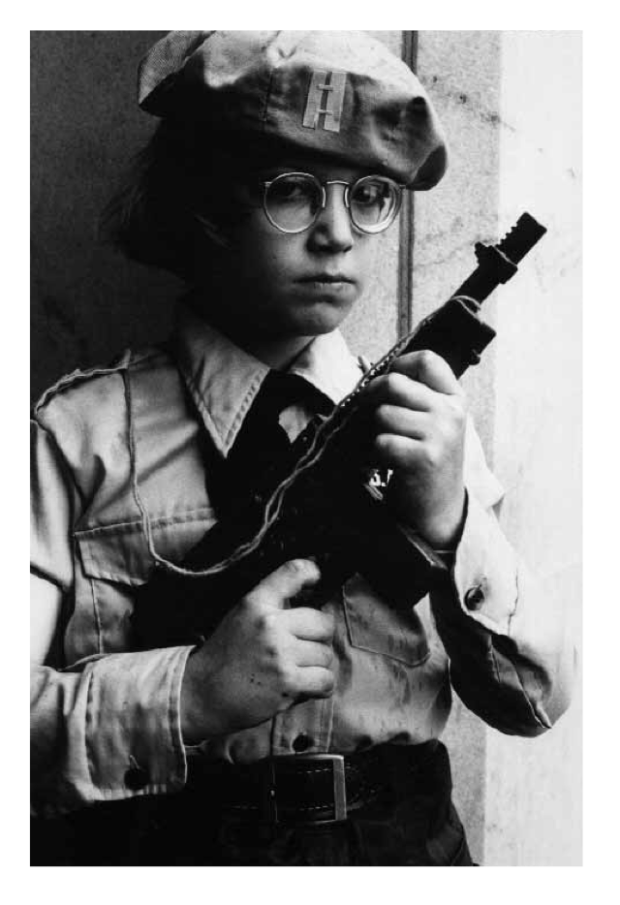 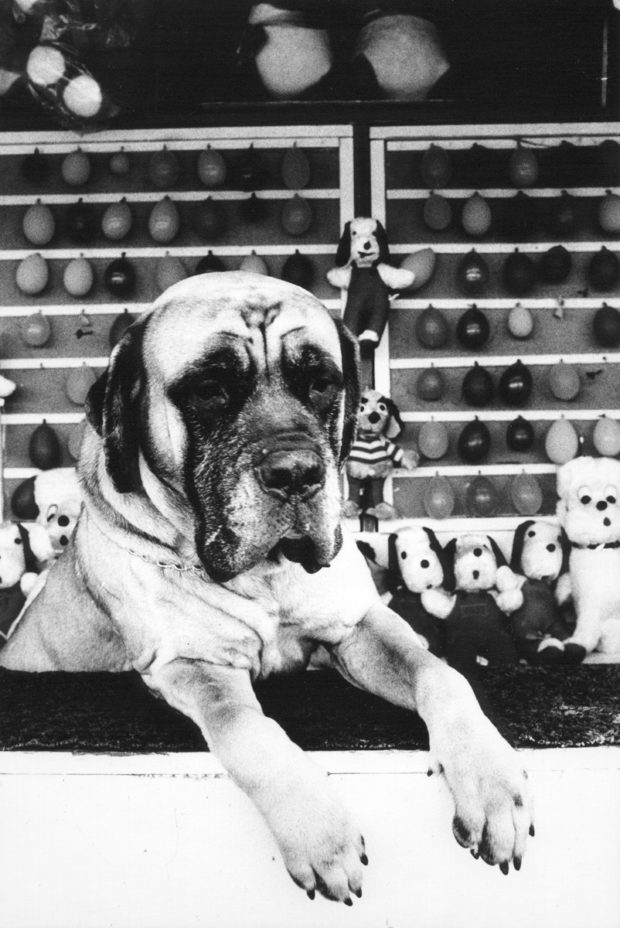