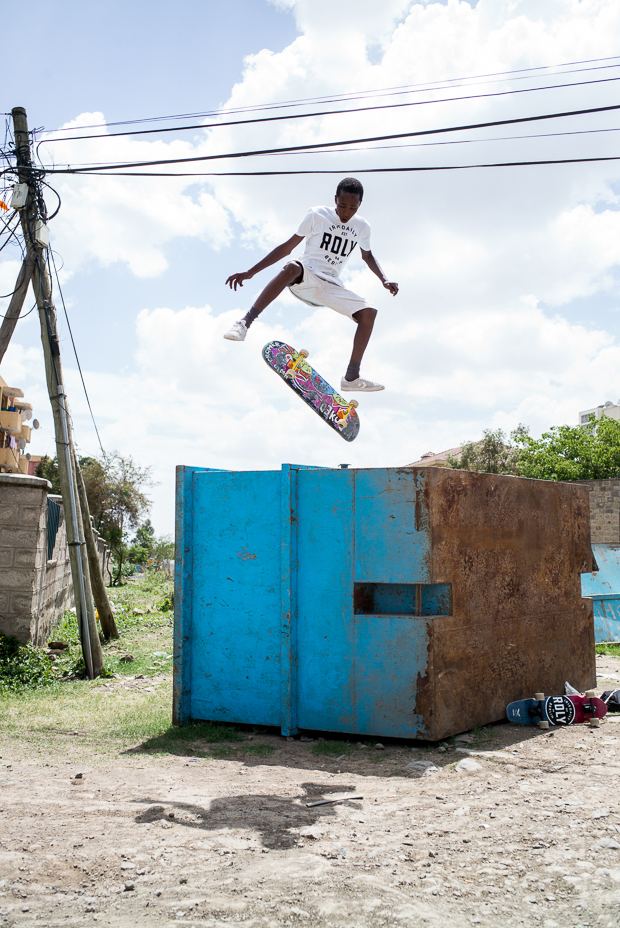 Henok the most talented skater in Ethiopia, doing what he always does – crazy stuff – kickflipping down a Container.

The Berlin-based photographer Daniel Reiter headed to Ethiopia in January 2015 to work on a documentary assignment, though knew he also wanted to dedicate some of his time in the country to a second, more personal project. Ahead of the trip Daniel discovered Ethiopia’s emerging skate scene via ethiopiaskate.org, exchanged some emails with skaters, and immediately saw the potential of this story, he explains: “One of the best things about skating is how it illustrates, perhaps more so than with other sports, just how strong and tough these kids are. They move with unstoppable courage, and if they fall they just get back up again”.

After exchanging a few emails, the photographer became confident that these kids were for real. He decided to equip them with as much skate gear and apparel as possible, which he brought with him to the two photo sessions he squeezed into his tight schedule. While he did evidently hope to help fulfil these young kids’ shared dream of becoming pro-skaters, there was more to this act of generosity. Skateboarding is empowering, and Daniel believes that by expanding this scene in Ethiopia, the nation’s youth will be encouraged to “get off the streets and onto their skateboards”.

Initially the refusal of many people to be photographed on the streets of Ethiopia frustrated him: “I was met with an overriding refusal to be photographed from my potential subjects, demands for money, or a suspicious and aggressive questioning of my motives. So I had to adopt a new approach to my street photography and began shooting from the hip with a 28mm lens. This worked out great. Fortunately the skaters I met through Ethiopia Skate were down with me shooting them through the viewfinder”.

Ethiopia’s skate culture is still at an early stage, but Daniel recognised the passion and drive of these young skaters who he met through Ethiopia Skate and photographed on the streets of Addis Abeba. Everything was so fast, he had little time to consider the composition, so he made the conscious decision to focus more on capturing the skaters’ skills and innovative styles. 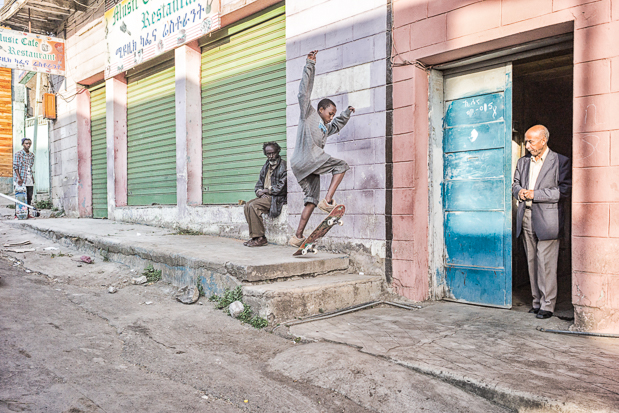 Henok and Natty near Piazza, while two men are amazed by their skating 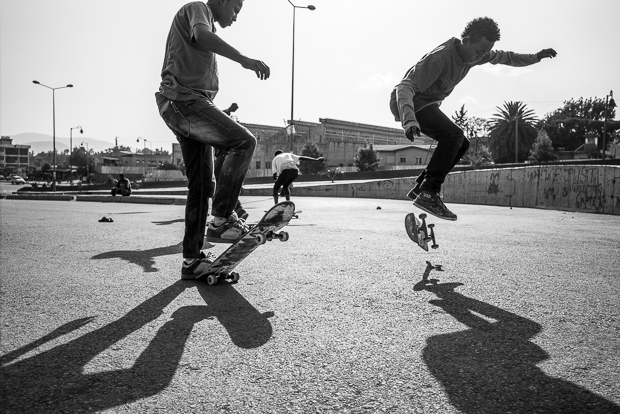 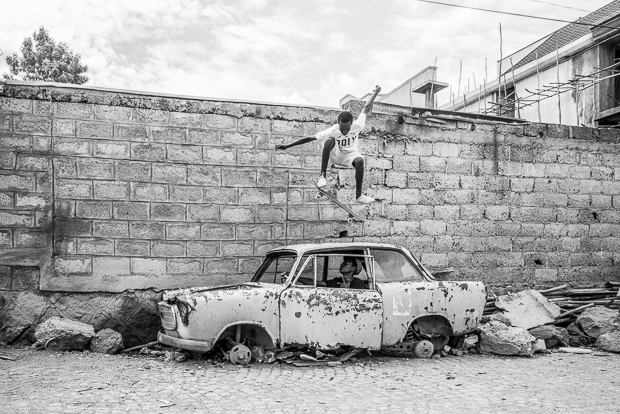 Henok and Eyob having fun with a rotten vintage car. 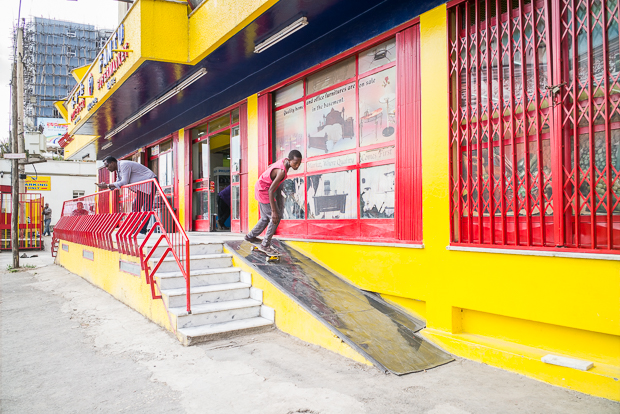 Henok riding down a supermarkt ramp – a typical street spot the kids always try to skate until the guards chase them away. 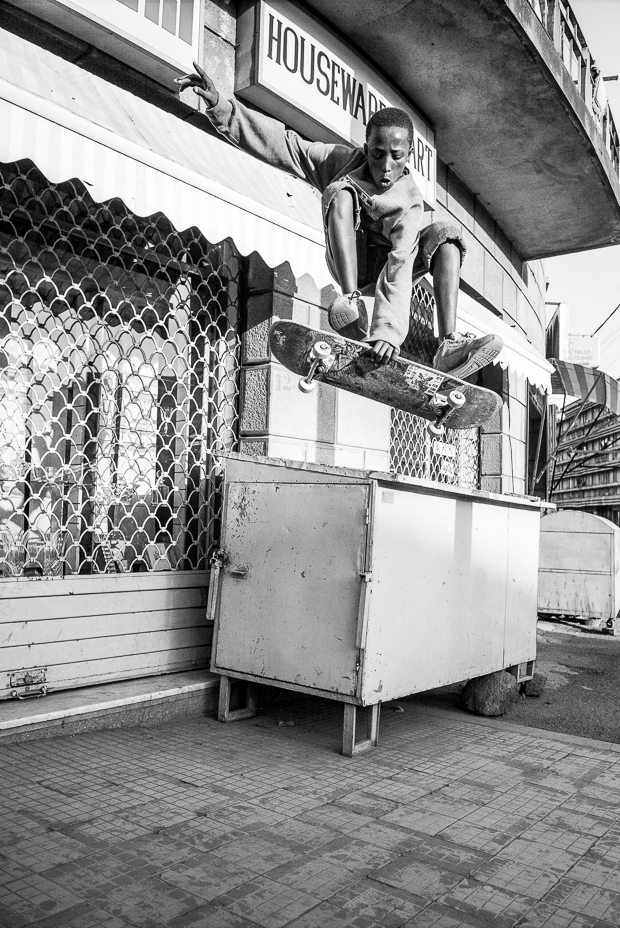 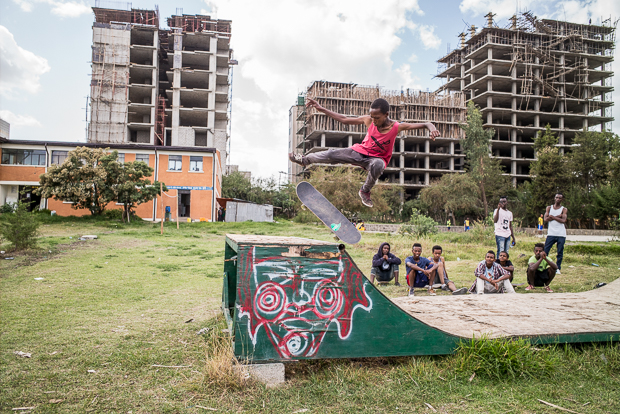 Henok’s last session on the old and rotten mini-ramp at the Gabriel Kebele Youth Center, before it’s demolished to make space for Ethiopia’s first skatepark.