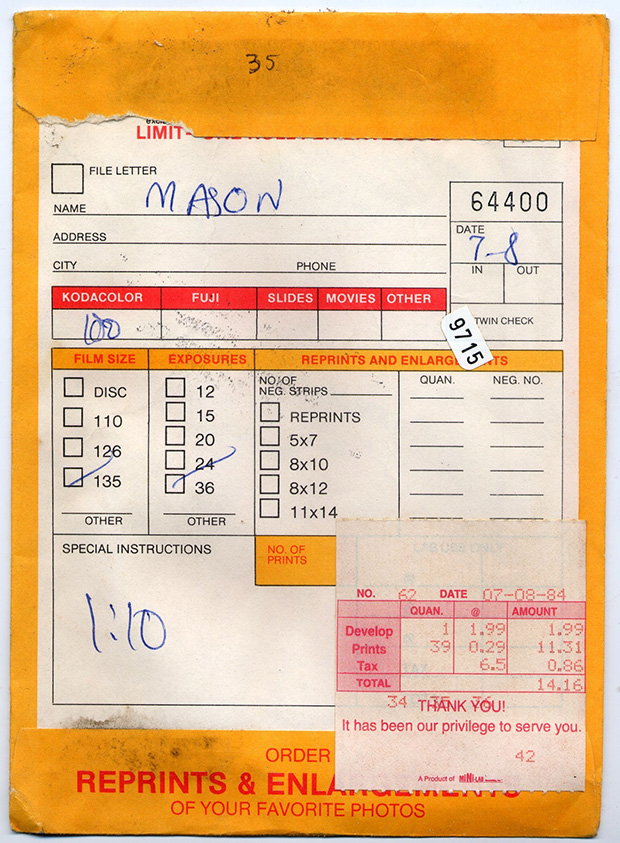 Los Angeles-based director and photographer Tyler Hubby knew the amateur photographer only from a single box of negatives the latter left behind more than 30 years ago in a house in Echo Park. Judging by a collection of over a thousand snaps of stripteasers working the poles and the tables at local 1980s clubs, he suspected the gentlemen inhabited the home for the several years leading up to his presumed death.

By the time Hubby discovered the 35mm film rolls, he estimated two to three people had probably owned the house in the intervening years, and none of them paid much heed to the strange box that lay in the garage. Over time, mold had contaminated the collection, and yet in sorting the envelopes typical of one-hour photo labs of the time, Hubby couldn’t help but feel endeared to the images and to the man who made them.

Although Hubby’s efforts in tracing the history of the individual have led him to believe the man was a university professor by trade, he invested a great deal of his free time into the striptease portraits. From what he can tell, Hubby gathered he likely frequented the clubs and enjoyed a familiar rapport with the young ladies he was permitted to photograph. On the interior cover of each and every envelope, the original owner had painstakingly recorded the names of the dancers, and in many cases, the name of the venue.

The elder photographer’s secret hobby took up much of 1984, and based on the attention he devoted to the collection, it likely meant a great deal to him. Ten years after finding the negatives, Hubby began sharing the images, which have in many ways become as special to him as they were to their original creator, with the public. He tapped into his own resources to produce contact sheets and devoted hours to sequencing and editing the photographs.

In salvaging this private inventory of 1980s Downtown LA, Hubby reached back across the decades to form a tenuous collaboration with a man about whom he knows very little, and in turn, he has come paradoxically to know him intimately. Whether their original creator intended the images to be art or not, Hubby, as the temporary custodian of this man’s legacy, found within it a well of artistic and cultural value.

Shortly after the photographs, collectively titled The Dragon Ladies, were published here, Hubby was contacted by a relative of the late photographer, who requested all images be unpublished. In a show of good faith, Hubby complied, and for now, they will remain unseen. What lies ahead for the images is a mystery.