Manny the Selfie Cat Will Steal Your Heart 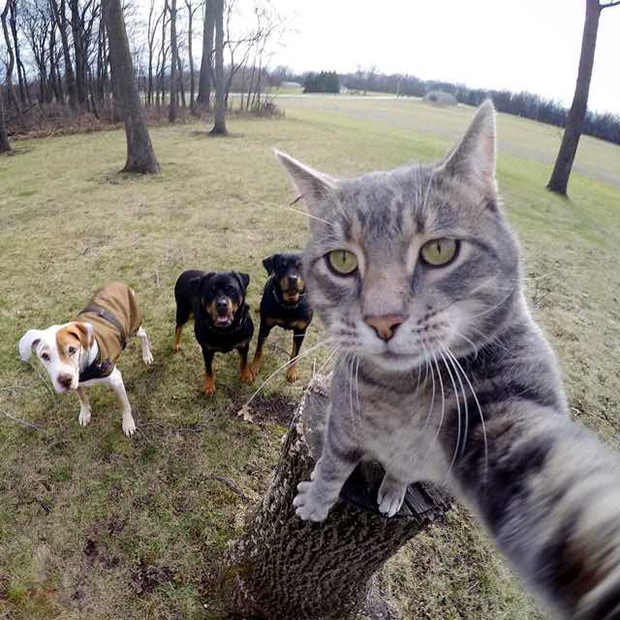 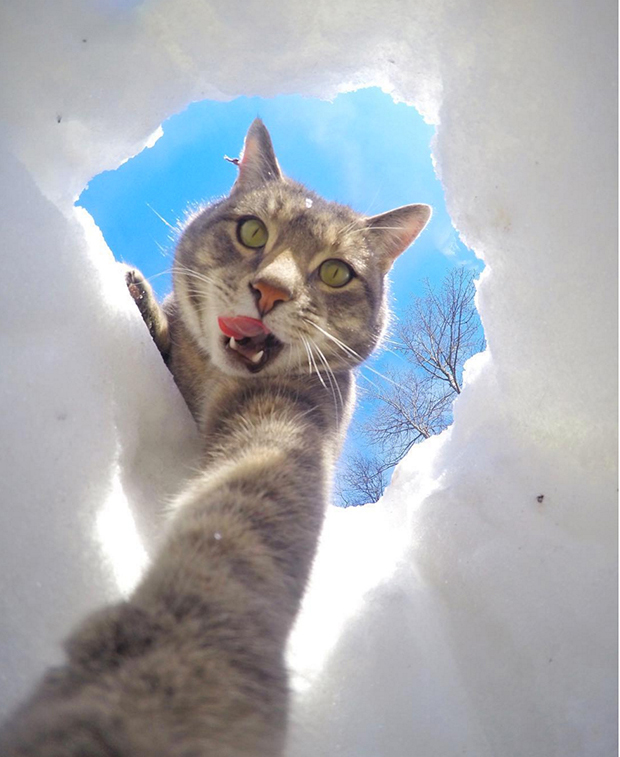 Manny the little gray tabby cat loves exploring with his human, romping about with his loyal dog pals, and taking pictures of their various shenanigans. Manny’s fearlessness has led him to cultivate a wide range of hobbies and interests, including but not limited to skateboarding, sledding, and rolling around. With his human’s love and artistic backing, Manny has recently earned the title “selfie cat” for his visionary and critically acclaimed use of his GoPro camera.

Manny’s person, Yore, who can be followed on Instagram at @yoremahm, first learned of his feline’s photographic potential when his furry paws reached up to inspect the camera during a shoot. Since that fateful day, Manny has remained entranced with the lens, and come rain or snow, he always makes time to pose for a snap with his canine posse when they’re traversing the Arizona wilderness.

Manny and Yore found one another by chance; after the passing of Yore’s former beloved feline companion, Manny arrived as a stray at just the right moment. “I figured Manny was just one of the other cat’s nine lives coming back home,” explains the (human) photographer. And home he has stayed, continuously surprising his dad and mom (who is a cat rescuer) with his cunning and subtlety.

While Manny remains humble ands has not let his newfound stardom get to his head, his human suggests that the tabby has always been the leader of the pack. More than anything, Manny reminds us of what photography is at its purest: a symptom of the insatiable curiosity that drives humankind (and feline-kind) to discover uncharted terrain. 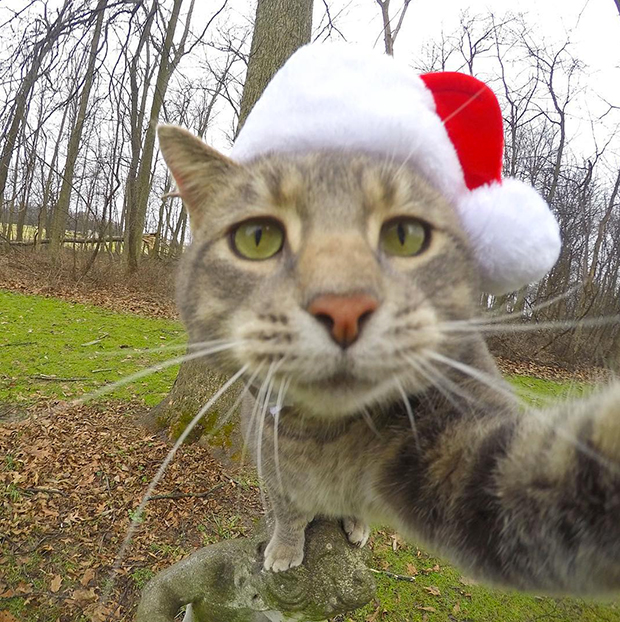 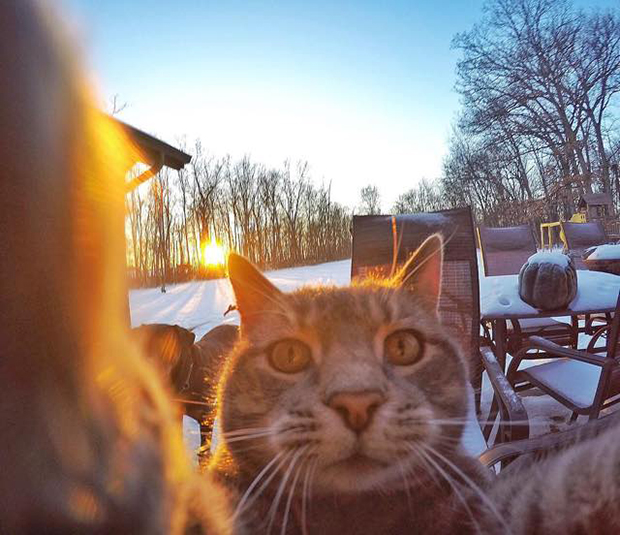 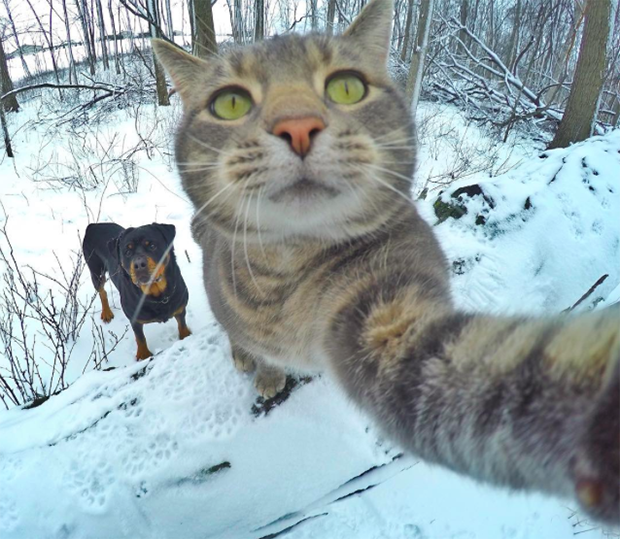 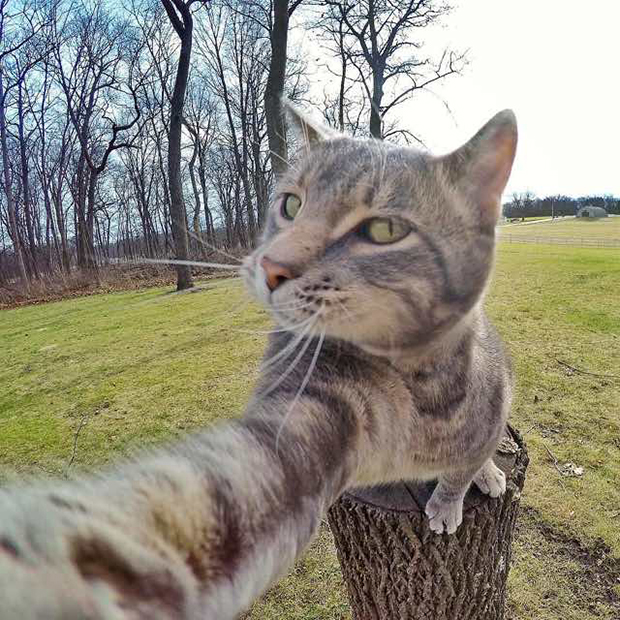 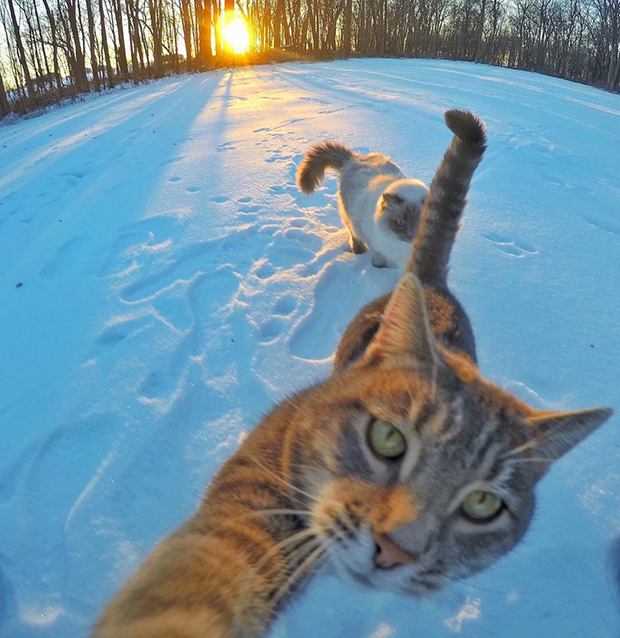