Photographer Andy Katz on World Travel, Fine Wine, and ‘the Best Cameras in the World’ (Sponsored) 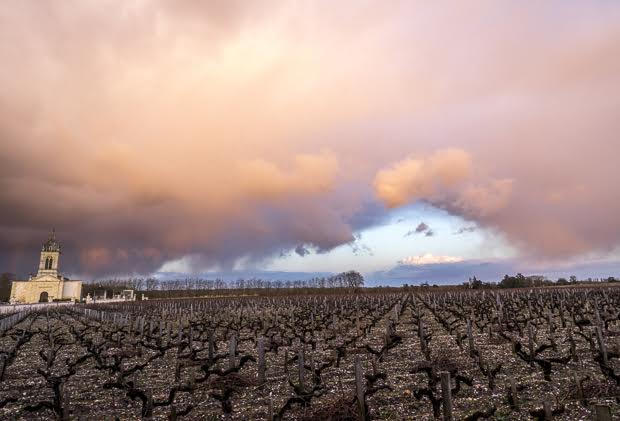 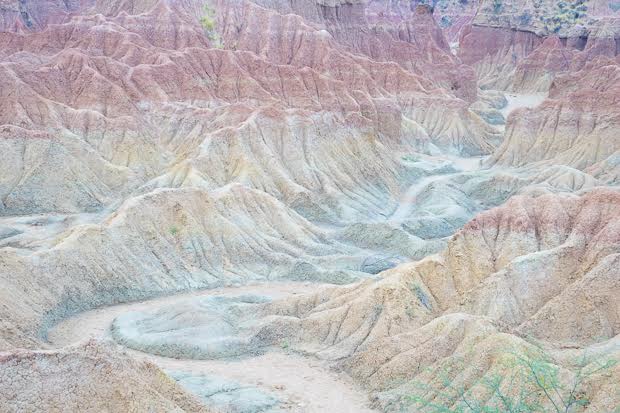 It’s evening in New York, but the day is far from over for travel photographer Andy Katz, who’s just given a lecture and is now on his way to his gallery in Healdsburg, California. In the midst of his jam-packed schedule, Katz carved out some time to talk to us about his astonishing career, one that’s taken him everywhere from the remote villages of Nigeria and Morocco to Hasidic Jewish communities of Israel and Russia.

Katz has a knack for connecting with people and places, of capturing the essence of the planet’s manifold citizens. Critics have compared the photographer’s work to everything from works of cinema to impressionist paintings; rather than simply freezing a moment in time, Katz is able to preserve it, to distill its most beautiful aspects into a single image that transcends geographical boundaries.

You photograph around the world and have come into contact with so many different distinctive communities, from the Himba tribe of Namibia to the practitioners of Judaism in Eastern Europe. How are you able to connect with each and every one of your subjects so intimately, even when they are on seemingly opposite corners of the cultural spectrum?
“I think in photography—as in life itself—people have to ability to sense if you’re a good human being and understand that you’re not trying to take advantage of them. I’m just trying to show them in a light that maybe people have not had the opportunity to see. Having tremendous respect for the people you’re photographing is key.” 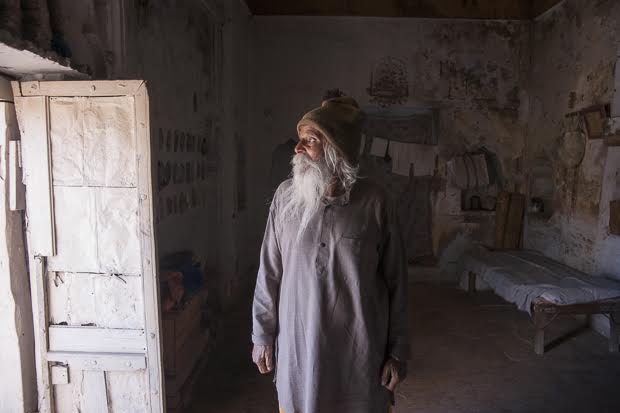 What has surprised you most throughout your years of traveling the world? Do you have one specific moment or anecdote that stands out or that altered the course of your career in some small way?
“A long, long time ago, when I was about 21 years old, I got sponsored to travel around the world photographing children. I had done some traveling with my parents before—they loved to travel—but when I did this project, in a very short period of time, I knew this is what I wanted to do for the rest of my life. I was on a very small budget, but I spent a year doing it, and it was one of the great years of my life.

“It really changed my life. I knew I was going to be a photographer when I was nine years old, but this was exactly what I wanted to do in photography. People ask me about a specific ‘favorite place,’ but it’s such an incredible planet. My favorite spot is the most recent spot I’ve been to. I really love learning about the world, whether it’s places in Africa that have a tremendous excitement or the coffee fields of South America. Each has its own precious visuals, feelings, and people.”

You have published several beautiful books, many of them on vineyards in places like the French countryside, Sonoma, Tuscany, and more. What is it about wine and vineyard landscapes that has held your attention for so long?
“I’ve done fourteen books, but the newest is about nine of the most prestigious wineries in the world in Bordeaux with very, very high-end wines. They have a tremendous history, and they’re gorgeous. When a liquid is that precious, it’s treated in a way that is very interesting photographically. The cellars just reek of history; some of this wine was sent to Thomas Jefferson. They’ve been not just recently prestigious but have been prestigious for hundreds of years.”

Do you approach portraiture differently from how you approach landscapes, and what unites these two seemingly separate genres when it comes to shooting travel photography?
“I approach portraiture quite differently, with the exception that I think light is the key to photography. Having beautiful light on somebody is the same as having beautiful light on a landscape. The light is what’s going to take it from a good photograph to a great photograph. 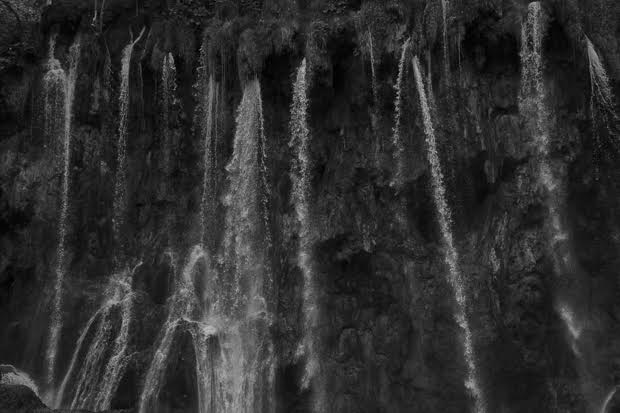 How do you gain access to some of the more remote places you photograph? What was the hardest location to get to, and how did you overcome any challenges that presented themselves?
“For my new book, all nine of the wineries had to approve the project. If one of them didn’t want to do it, we could not have done it, so I had to bring a portfolio to Bordeaux and present each one with my work. Fortunately, I’ve done other books with some famous writers, so that helped get access. Once I showed my portfolio, everyone was enthusiastically on board.”

You also teach workshops (both online and in person) for fellow photographers. Why is it important to include teaching in your jam-packed schedule?
“I do workshops in Sonoma county, one of the most beautiful places in the world, with a tasting or two and some amazing food involved. It’s more of a landscape workshop about working with light. I also lecture for Sony as much as possible all over the United States and sometimes all over the world.

“I really love people, and when you teach, you have a tendency to learn quite a bit yourself. I’ve met some really wonderful people teaching, and I’ve seen work getting better, which is so exciting. It’s like a lightbulb goes off in someone’s head, and then in a very short period of time, the work just starts getting better and better.” 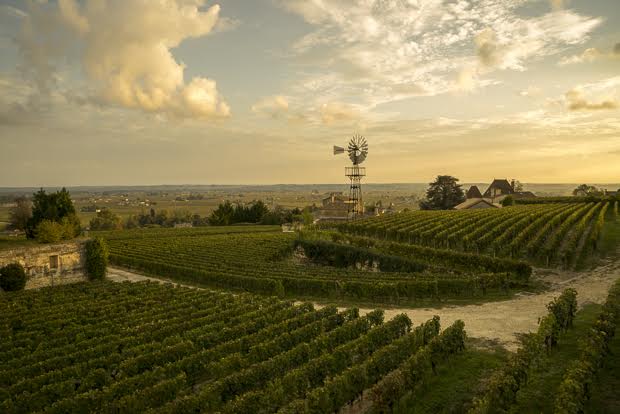 Tell us about becoming a Sony Artisan of Imagery.
“Very early on, Kayla Lindquist, Director of Sony Artisans of Imagery Program, called me and asked if I’d be interested in representing Sony’s cameras. She sent me the first major camera that they did (about 7 years ago) called the a900, and I did extensive comparisons to the camera that I was using, and it blew it away.

“From that point on, Sony has been my camera of choice. They’re making the best cameras in the world. This is what I do for a living, and this is what I’m passionate about; I’m not going to represent a camera that I don’t like.”

Why the switch to mirrorless? What do the Sony mirrorless cameras offer you that DSLRs don’t?
“The mirrorless cameras were a huge breakthrough. Sony has established a camera that’s extremely lightweight and has the greatest sensors that can produce image quality that is just unbelievable for the size and the weight. Sony is making the best sensor in the world.”

Has using mirrorless technology transformed your process at all or changed the way you work?
“I travel to a lot of third world countries, and if you go into a little village and have a big old camera with a big old lens, you stick out like a sore thumb. The Sony camera looks like a point and shoot; you don’t look like a professional photographer. That’s a big deal for me. Another thing that’s just huge is the weight.” 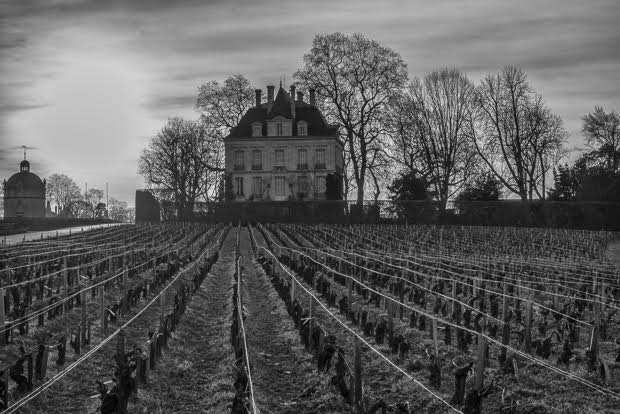 Sony mirrorless cameras have several focusing advantages, like focus peaking, focus magnification, and focus assist. How have these tools enhanced your work?
“The autofocus is so damn good on it that it’s better than me trying to manual focus. The thing that these cameras have is this image stabilization in the sensor, as opposed to in the lens, which is a huge advantage. You can put any lens on these cameras, and it will stabilize. The stabilization system is just incredible.”

Is it easier to travel now that you’re using mirrorless cameras?
“Oh gosh, yes! When I was shooting film, I was carrying medium format cameras, and the weight was massive. My shoulders are slumped over from carrying cameras and camera bags. The Sony cameras are so light; I carry only one camera bag.”

Were you able to downsize at all when you switched to mirrorless?
“Well, I now have the exact same equipment; it’s just smaller, lighter, and better!” 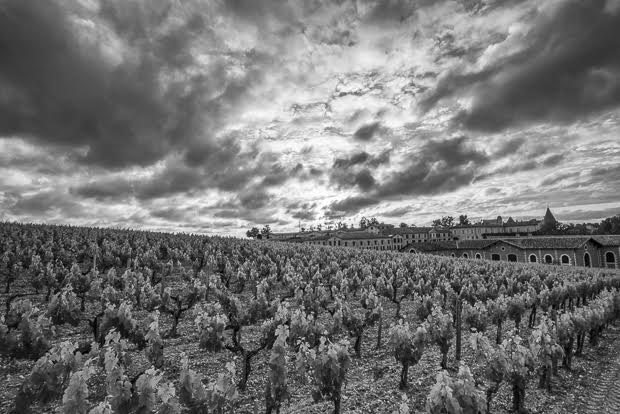 When traveling, how do people respond to such a small camera?
“Whether I’m going to Bordeaux or to Africa, I get a great response from them because I don’t have this big, huge lens in front of them. It’s small, and it looks very unobtrusive and non-threatening.”

Is there anywhere you haven’t traveled to yet that you’re itching to visit? What lies ahead for you?
“There’s more in Africa that I’d love to see. I love traveling to Africa, and that’s the spot I’m most excited about right now. The Bordeaux book is done, and I’m editing that now. In January, I’m going to Turkey. The last time I was in Turkey, I was teaching at Semester at Sea, and I really loved the place, and so I’m going to go there for two and a half weeks just to shoot. There’s really no assignment; I just want to go out there and shoot. I have to shoot all the time, otherwise I get a little crazy.”