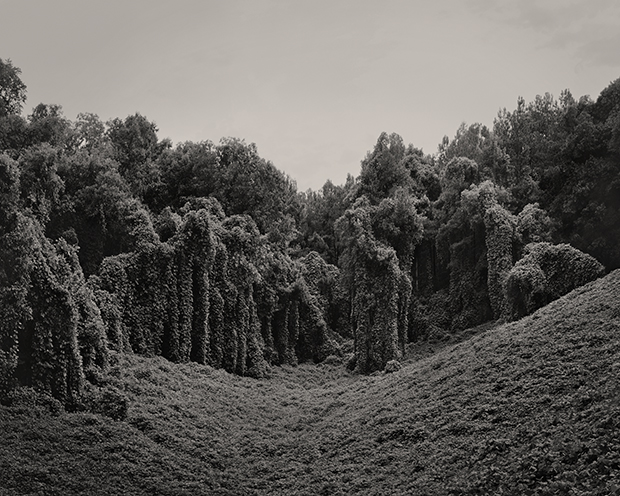 Known as one of the world’s most aggressive and invasive plant species, the Pueraria lobate, commonly known as Kudzu, covers about seven million hectares in southern parts of America and is spreading at a rate of thirty centimeters each day. It is climbing over other plants and completely consuming areas with its shade, killing other natural growth in the process.

In 2012, photographer Helene Schmitz began work for a field study to investigate the strange phenomenon of Kudzu. That summer, she was accompanied by her assistant Felix Bridell, and they both travelled through Georgia, Alabama and South Carolina to observe and photograph the nightmarish transformation of the landscape, caused by Kudzu.

The Kudzu plant originated from China, but was a gift to the Americans from Japan at the Japanese pavilion in the 1876 Centennial Exposition in Philadelphia. Fascinated by the rapid growth and strong foliage, horticulturists began planting the Kudzu in their gardens and gradually alongside roads and railway tracks to prevent erosion; this soon became a social project. However, warnings were raised in the early 20th century by a few botanists who were concerned by the invasiveness of the species. By the 1950’s, American authorities began exploring ways to exterminate the Kudzu plant. According to studies and reports, the plant, with its dense foliage, was choking the native vegetation to death.

For Schmitz, “the notion of a plant being ‘invasive’ was intriguing, since it is described with a term normally used to describe actions of war. Bringing war terminology to mankind’s relation to a singular plant and its germination, might even describe something about our relation to nature itself.” Captivated by the Kudzu plant, Schmitz envisions these landscapes in apocalyptical scenes. The eeriness of the towering plants offers a surreal twist to nature photography. In The Kudzu Project, Schmitz made photographs using an 8” x 10” large format camera, “a heavy, man-made construction of steel, leather and ebony.” Each image demands hours of preparation and requires one to slow down in their method of picture-making – Schmitz’s much preferred way of working. 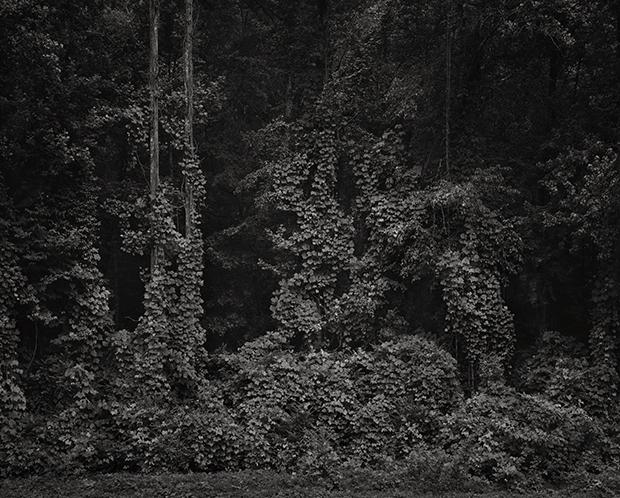 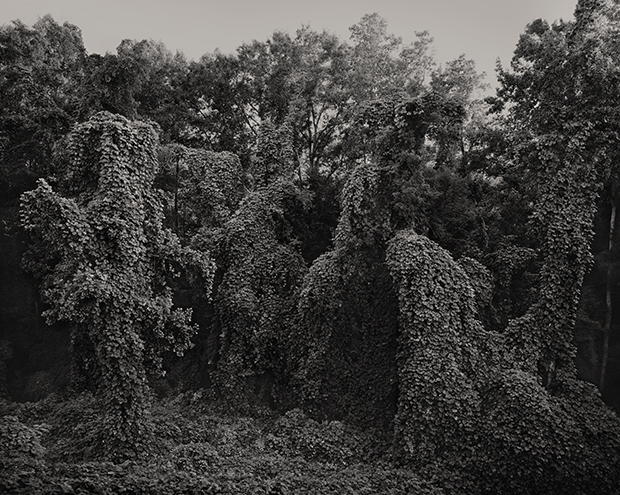 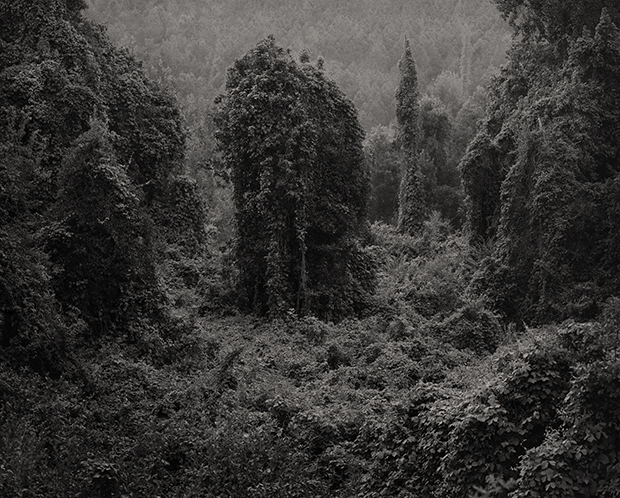 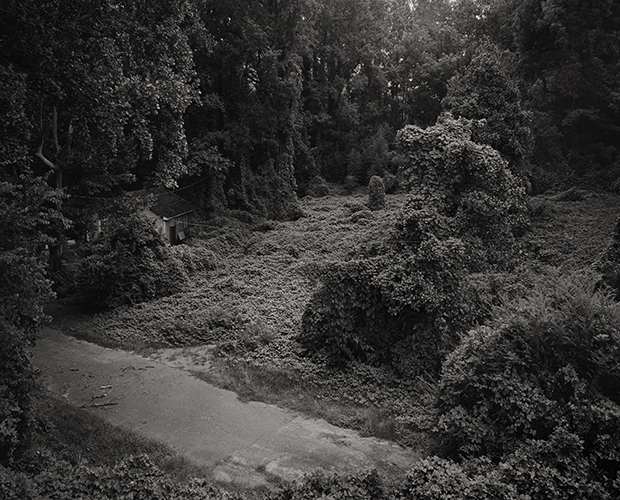 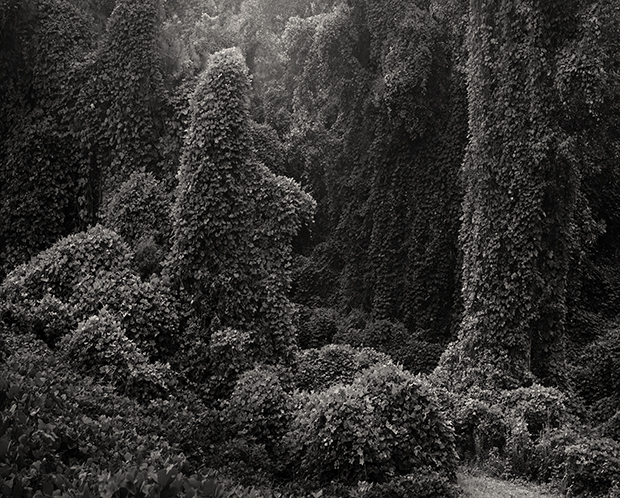