The Sublime Poolscapes of Karine Laval 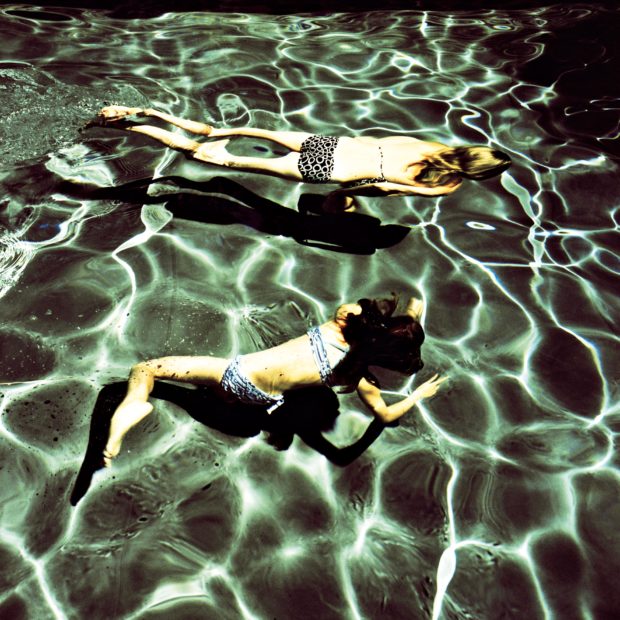 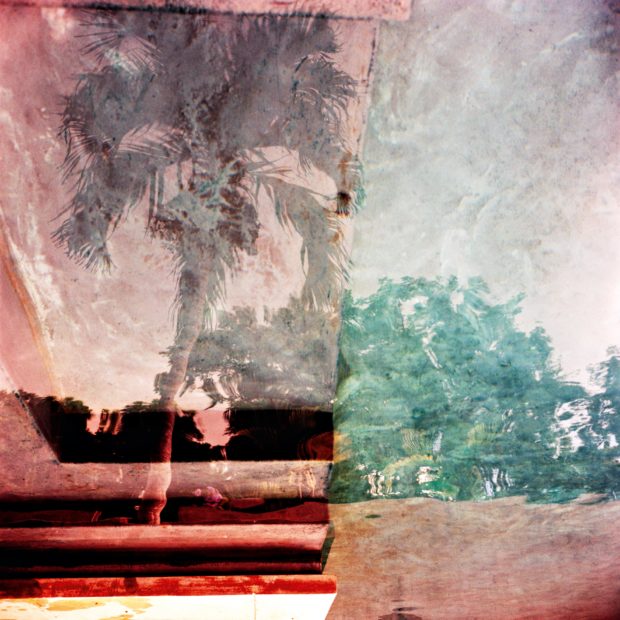 Through the eyes of Karine Laval, life by the pool becomes a fantastical escape from it all. Here, the raucous laughter and joyous shrieks of children wet and on the loose mellifluously float through the air along with a cool spray of water that gently lands upon your skin.

In the Poolscapes (Steidl) of Laval, we slip away into a world where fun in the sun never ends. The book brings together two connected bodies of work—“The Pool” (2002–05) and “Poolscapes” (2009–12) made at public pools in urban and natural environments in Europe and private pools in the United States.

As the pages of Poolscapes float beneath our fingers, Laval’s photos evoke sensations of peace and excitement, finding their balance in the space that oscillates between representation and abstraction until the murky depths take on metaphorical terms. Here, Laval takes us for a dip into the curiously primal world at the modern-day swimming hole. 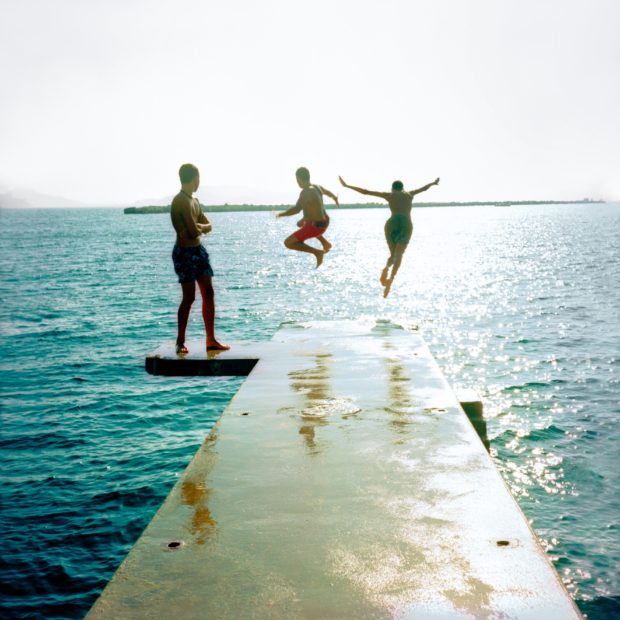 Could you speak about the inspiration for this body of work?
“I’ve always been drawn to water and have spent a fair amount of time in or around water ever since I was a child, be it a pool, lake or the sea or ocean. But like many great things in life, this series kind of started by chance.

“In 2002 I had just gotten my first Rolleiflex. I went to Barcelona on vacation, and as always I needed to be near water. So I went to the city’s public beach in the neighborhood of Barceloneta and came across its public pool, an outdoor pool near the beach. While I was hanging out by the pool, I started to observe the activity going on through my camera.

“I was lying down and was kind of struck by the repetitive gestures of the bathers within the delineated space of the pool. It kind of reminded me of the gestures of contemporary dancers on a stage. So I started to capture these scenes, shooting people coming in and out of the frame. I didn’t really move the camera. I just let people come in and out. I was waiting for interesting expressions or body juxtapositions with the urban landscape around it. The body became almost like a sculpture and a part of the landscape.

“Later, after developing the couple of films I had shot, I decided to shoot more public pools around Europe and develop a series on the subject that would capture not only the theatricality of the place and its sociological aspect, but also a sense of memory and nostalgia. I tried to reinforce these qualities by capturing the repetitive body gestures at unexpected angles and perspectives, and by shifting the natural color palette to blur our sense of the real.” 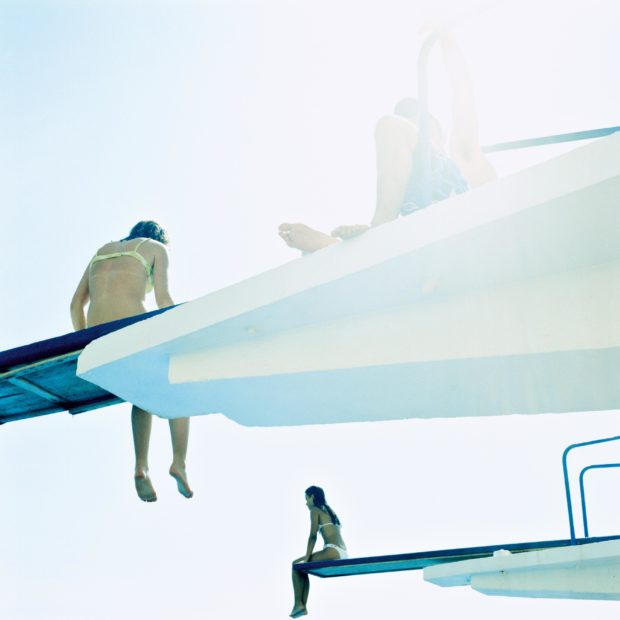 One of the things I love about the book are the wide array of styles, add another layer of experience to the photograph. Could you describe the energy of being poolside, and how different environments inspire different approaches?
“There is something very cinematographic about pools, especially larger public pools. You can almost zoom in into different scenes happening at once in different areas of the pool. Generally, the energy is loud and chaotic, but it can also be lascivious and sensual, or even morbid in certain cases of unkept or abandoned pools.

“Throughout the project, which stretched out over a period of over 10 years, I’ve tried to explore these different images of the pool and to translate them visually. The first pictures in the series reflected my interest in the social and architectural aspects of the swimming pool, which combines the natural and the artificial, man-made environment.

“As the project evolved, and probably also influenced by my own experiences going through life in general, I also became interested in the psychological subtext associated with the image of the pool and the subconscious ramifications of its stagnant water. Like images, swimming pools can be layered with ambiguous connotations. They can be a stage for leisure and mundane activities, but they can also become an arena for anxiety, drama, and tragedy, themes that have been explored and exploited in other disciplines such as literature and movies.” 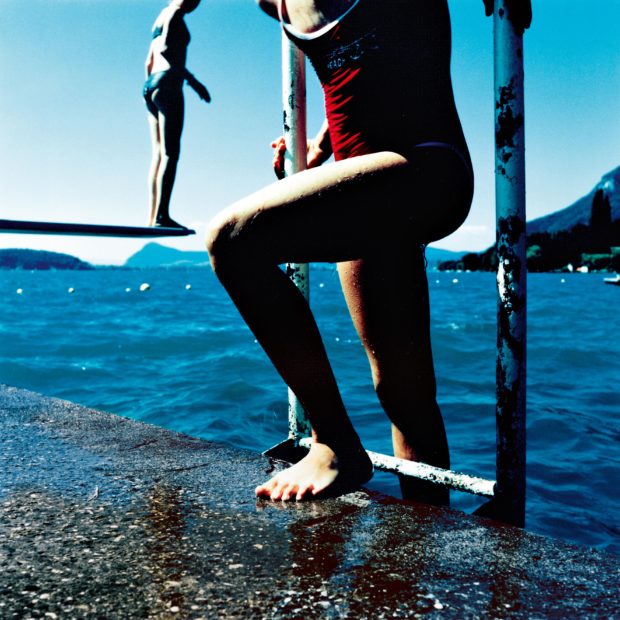 I’m particularly intrigued by the layered effect of light and reflections in these photos, as they remind me of the utopian world of Artificial by Nature. Could you describe any links, aesthetic or conceptual between the two projects, that may exist?
“It’s interesting that you’re asking this question because my latest project Heterotopia (which is the body work presented of in my last exhibition Artificial by Nature) evolved out of my pool work. This series also explores the notions of place/space and the tension between the natural and artificial, but this time in public and private gardens.

“The layered effects are created in camera with the help of mirrors I place in the landscape. The first pictures I made were in a garden by a pool in Fire Island where I had previously shot some of my Poolscapes. My different projects have a thread and often come out of a natural continuation from a previous project, whether consciously or accidentally.

“Over the years, my focus on water has shifted from being primarily a subject matter to the substance or tool I use to create the work. I employed it as a distorting lens and a revealer of transformed reality in the Poolscapes series.  I naturally became interested in other reflective surfaces such as Mylar, mirrors and glasses, which echo the distortive qualities of water, in an attempt to explore the tension between representation and abstraction and deconstruct the image further.

“Mirrors, like the surface of the water and its depth, are like virtual or metaphorical spaces. They create an oblique view that reveals and deconstructs reality at the same time by showing what’s not immediately visible in front of the camera. I use these reflective surfaces not to reflect an image or broaden the field of vision, but rather to create a parallel world that seems at once familiar and alien.

“I also think the way I distort reality through color, light, optics, reflections and unusual perspectives creates a space that gives more room for the viewer’s subjective perception to project his or her own memories, experience, or imagination. The tension between representation and abstraction allows that space to exist.” 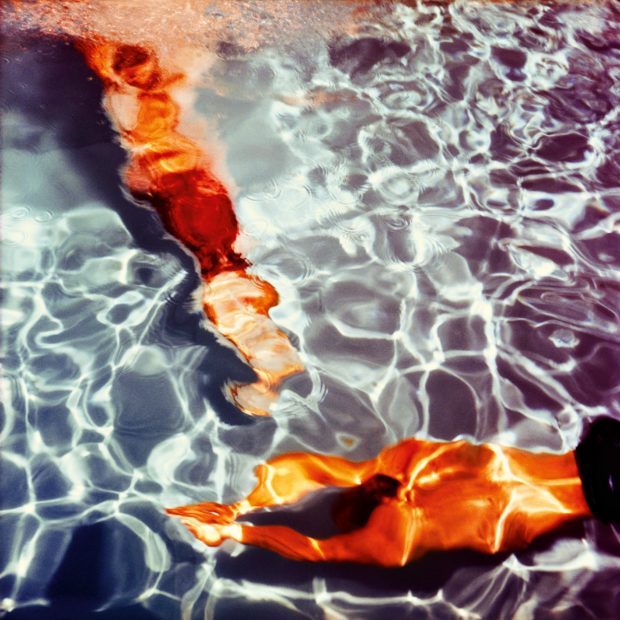 I’m fascinated by the effect water to create this Edenic feeling of heaven on Earth. Could you speak about the pool as a modern metaphor for the oasis, for the watering hole we go to escape, restore, and refresh?
“That’s no surprise water is so appealing and has become an icon of pleasure and leisure. It has always been central to every civilization when you think of it. The Romans had already invented the notion of swimming pools.

“But I think more generally, water is life. We come from it and couldn’t survive without it. We too often take it for granted and think of it as a simple, common substance, but it is a rather mysterious and complex element, with many implications in our lives. I can’t speak for others, but I find water regenerating, meditative, and exhilarating. It speaks to the senses and can be a vehicle for transformation and self-reflection.

“It’s also vital to the survival of the planet and our species, and can be a deadly force, as we’re appreciating more and more in studying the impacts of climate change. I’m interested in all of these aspects of water, from the more intimate and symbolic to the social and economic.” 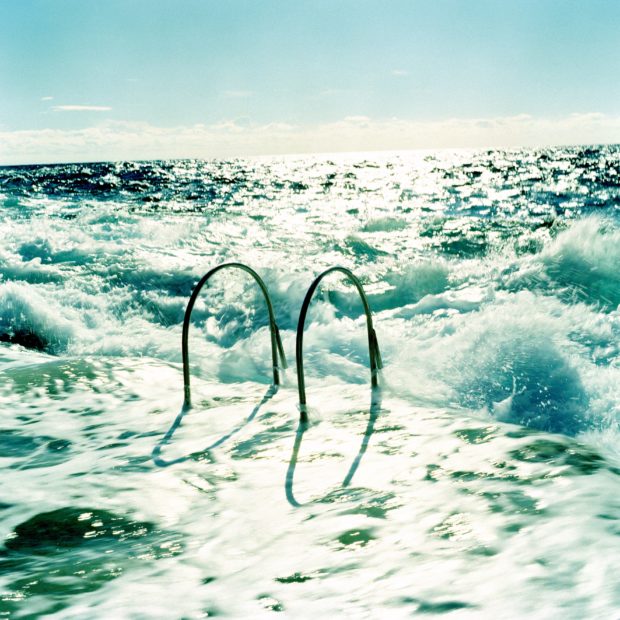 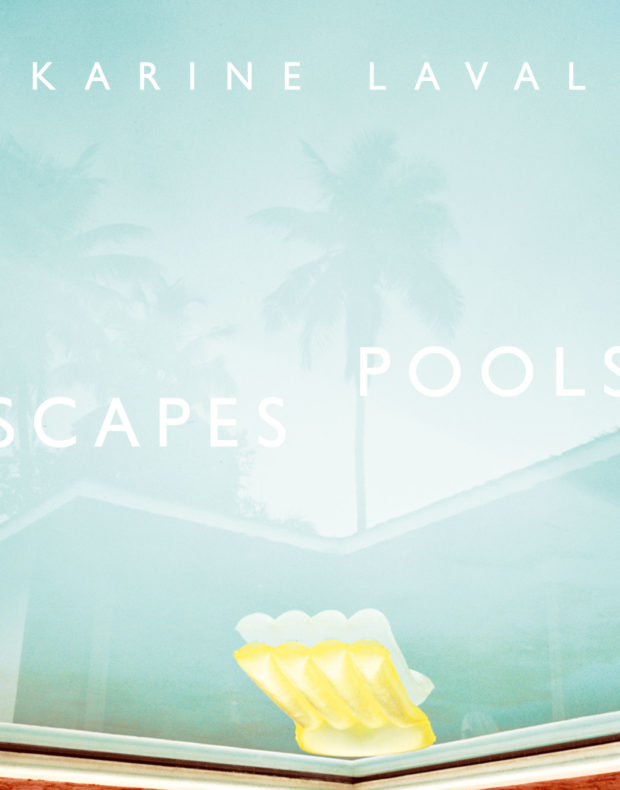 All images: From Poolscapes by Karine Laval, published by Steidl.