Rhythmic Photos of Tourists Swarming Across the Gobi Desert 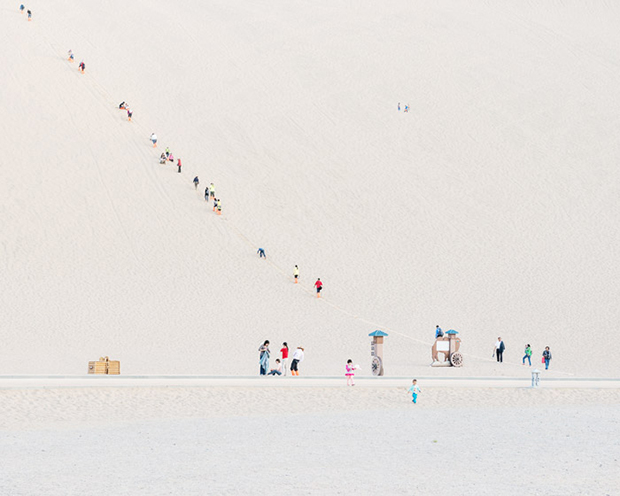 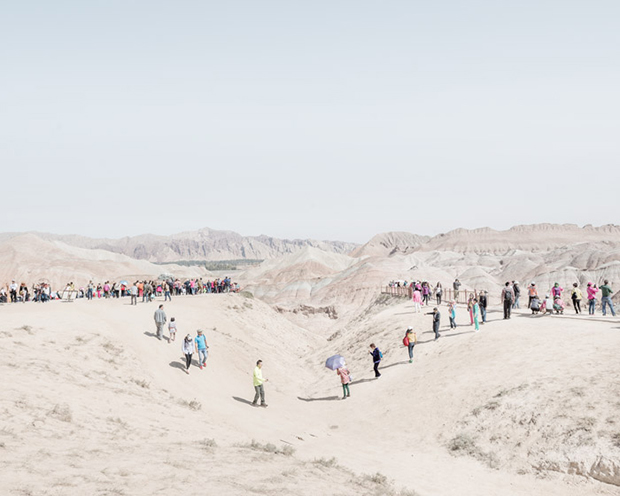 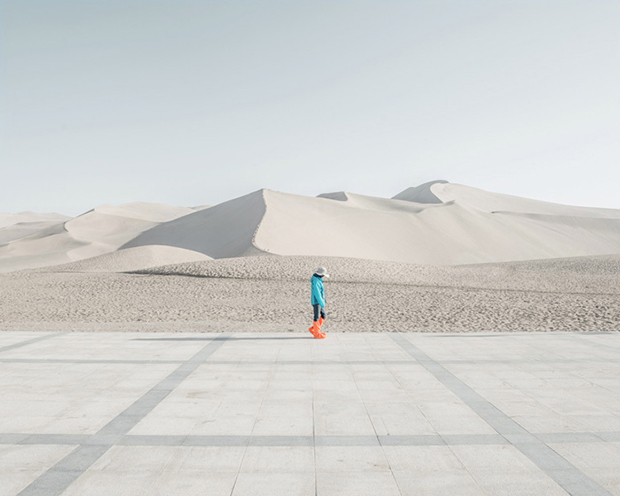 Budapest-based photographer Bence Bakonyi knew he would visit the town of Dunhuang the moment he caught a glimpse of it on the surface of postcard. Positioned in western China on the shores of the seemingly infinite Gobi Desert, the terrain cried out to him to be traversed, as it had thousands of years previously by the merchants and nomadic peoples of the ancient Silk Road.

Bakonyi’s trip to China lasted one year, but it wasn’t until the final week that he ventured to Dunhuang. With his plane home scheduled to depart in just a few days, he booked a train to the desert, where he spent two days observing as flocks of tourists coursed through the barren land. Because of the language barrier between himself and his fellow sightseers, the photographer withdrew from the center of the crowd, mapping out their movements as they separated and converged to become unified colony. For him, the strangers ceased to be individuals, becoming instead the various gears that made up a single network of bodies, spreading out and and gathering over the sandy peaks and summits.

Bakonyi titles his series Cognition, touching both on the ways in which the space reconfigured itself before his eyes and on the innate unknowability of the landscape. Amongst these peaks and summits, a sense of belonging evades each person, paradoxically leaving the group bound together by a shared sense of the unfamiliar. 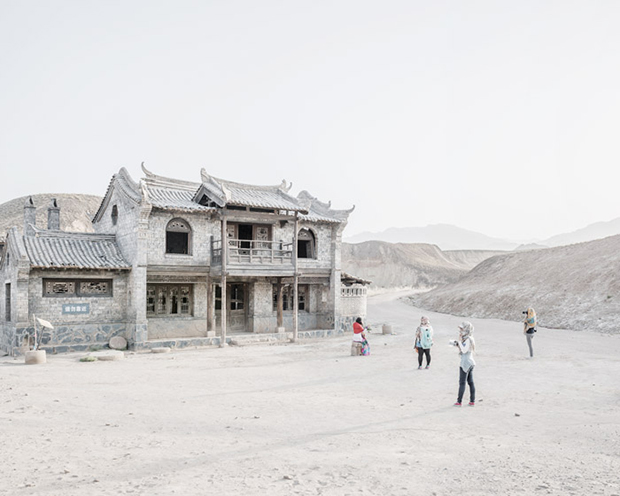 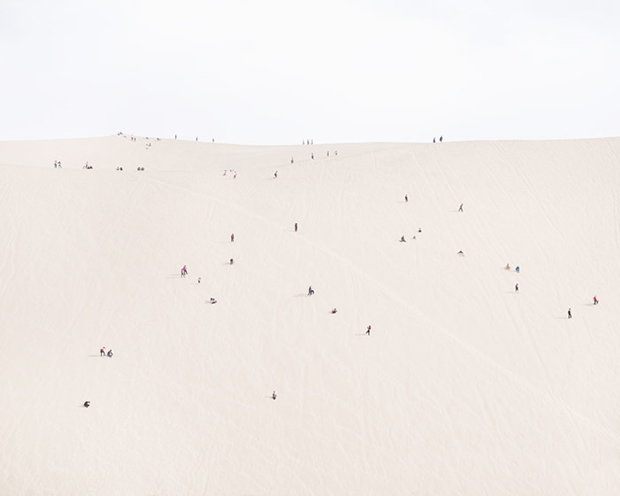 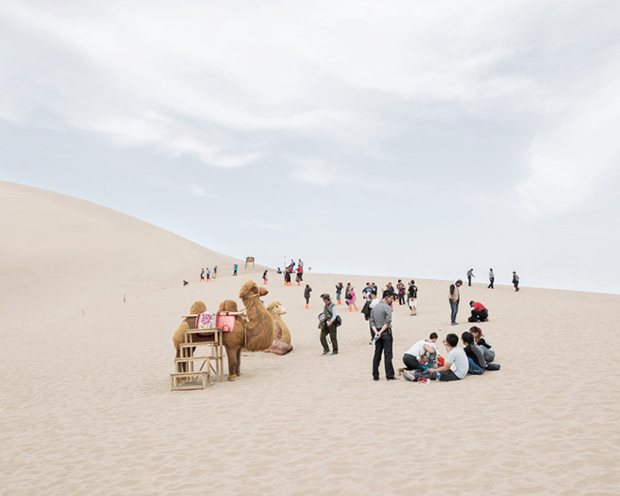 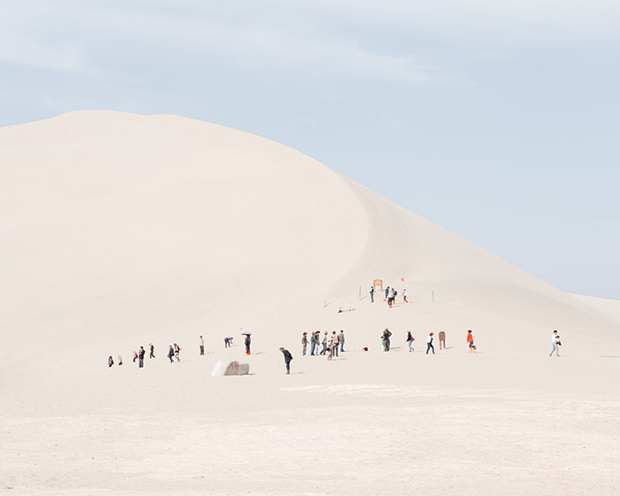 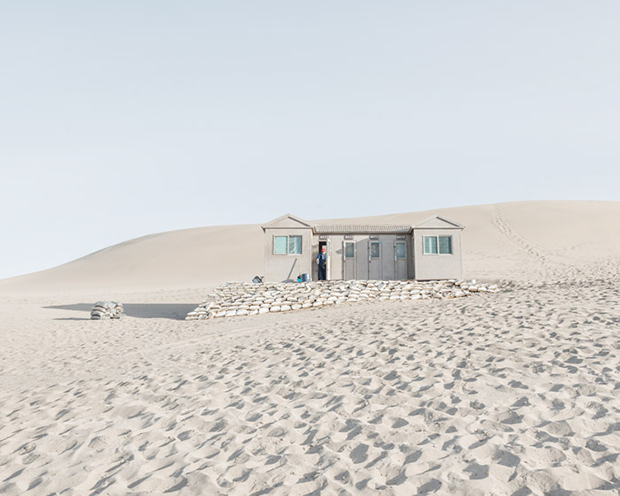 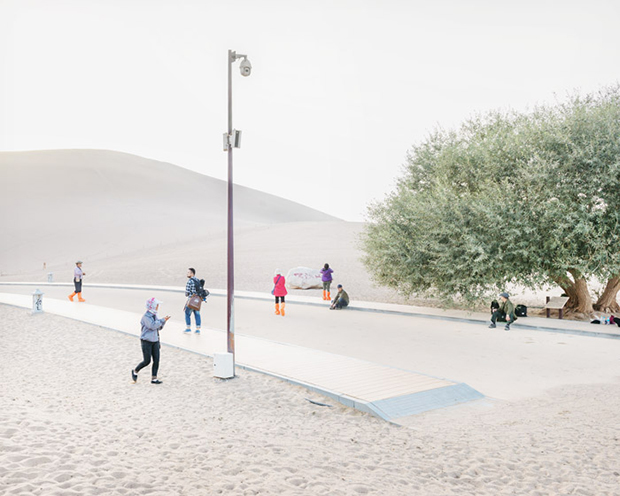 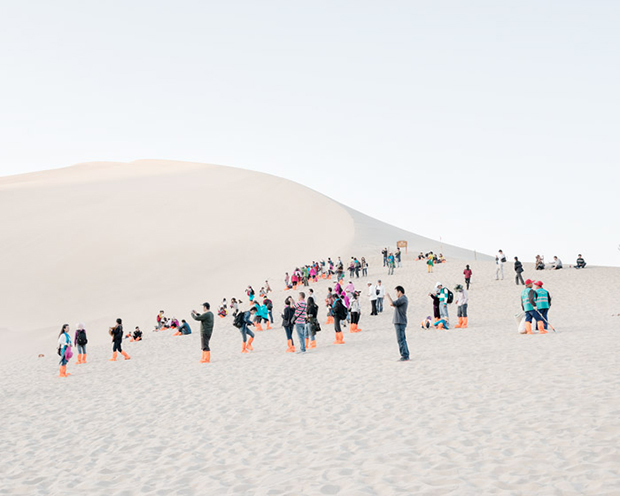 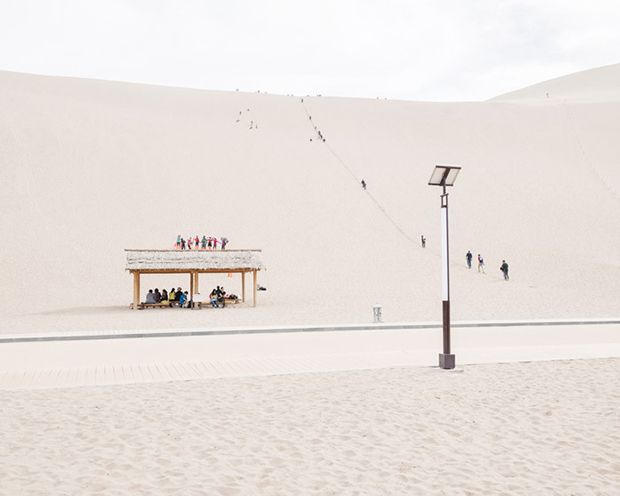