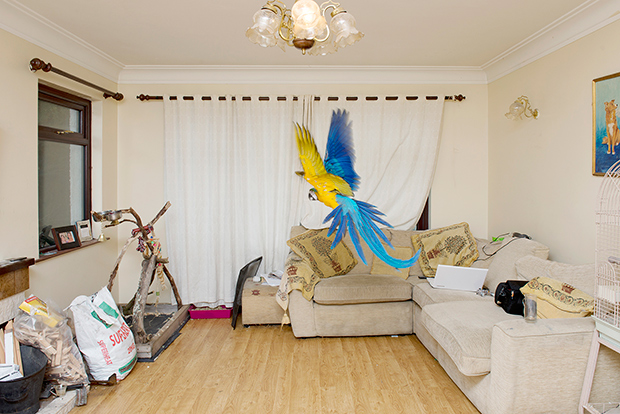 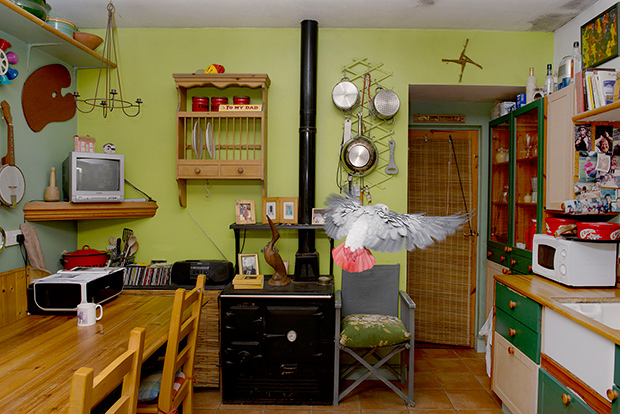 Parrots, says Irish photographer Rachel Glass, are believed have the mental capacity of a two to three-year-old toddler. Unlike children, birds are airborne creatures, and yet many are born and bred to live as pets, within the confines of the human home, where they are sheltered from the dangers of the wild but restrained in flight. For The Domestic Aviary, Glass captures tame birds in the moment they are released from their cages and into the house in a flurry of flapping wings, probing at the ways in which all species—and ultimately all individuals—must choose either to live free or to live protected.

When she embarked on the process of locating and documenting pet birds, Glass immediately associated herself not with the owners but with the birds themselves. Although she knew that many of the birds had known no other life and none would be able to adapt the wild, she felt for the feathered creatures, who despite their innocence to outside world, contained at their core something undeniably feral. Like these birds, she suggests, we all live within our own enclosures, ignorant to the ways in which we limit, confine, and bind ourselves and one another.

Glass contacted bird owners all throughout Northern Ireland, reaching out through pet stores and online classifieds. The birds she visited were all beloved, nurtured, and well-cared for by their human guardians, and many were allowed to roam the house whenever they were attended during the day. Some, says the photographer, were deeply bonded to their people, and one woman expressed an urgent fear at what would happen to him if she should die.

Instead of photographing the birds in their cages, Glass chose to capture them in the in-between space of the living room or family room, an arena that could simultaneously feel too small and too large for her winged subjects. Seen here without their humans, Glass’s birds emerge as the temporary monarchs of their domestic kingdoms, allowed for a brief moment to rush about as they please, though the knowledge of their captivity lingers silently in the background. Humans, suggests Glass, envy birds their wings, remaining forever grounded despite our will to escape. There is, ultimately, an anxiety in flight, a threshold of fear that must be endured and passed in order to be truly free. 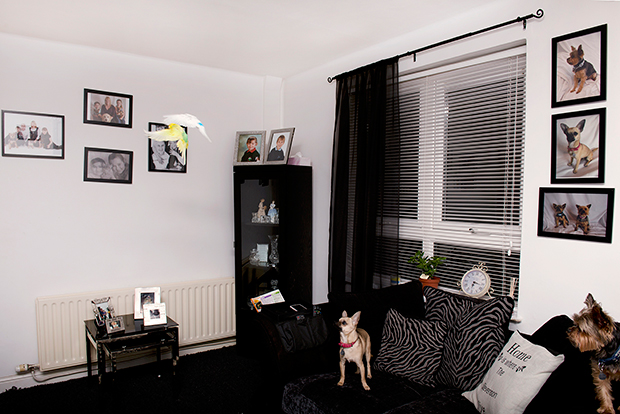 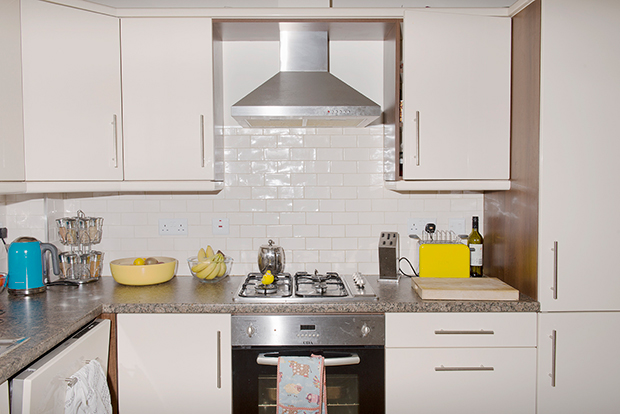 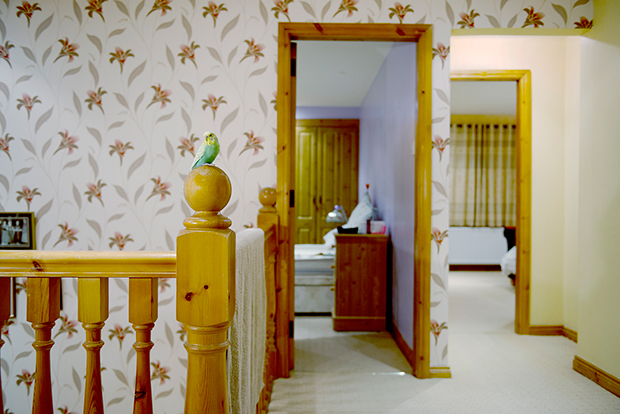 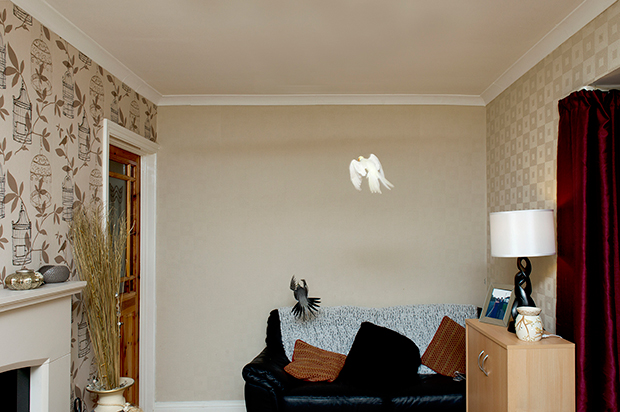