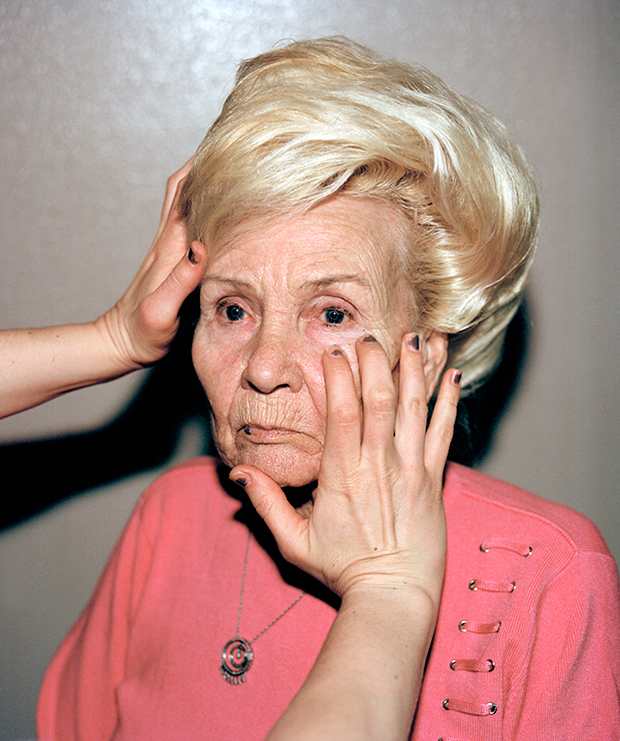 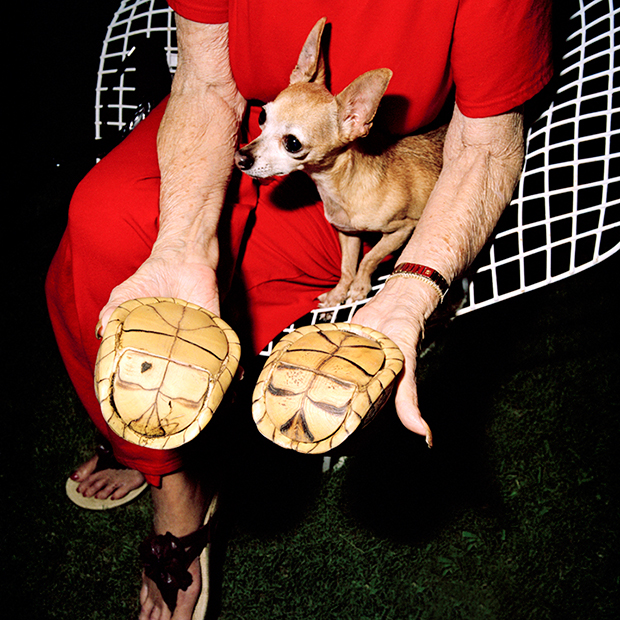 Back in 2003, Michigan-based photographer Rachel Cox started photographing her grandmother who was suffering from a degenerative brain disease. As her personality began to fade to pure indifference, Rachel felt a frantic need to capture this transition, the photographs of which fluctuate between observation and scrutiny. The images in Shiny Ghost provide an intimate glimpse into the last two remaining years of her grandmother’s life.

It took a few years until Rachel understood what she was doing with these photographs, for at the time it made little sense to her. During her grandmother’s life, she and Rachel spent time together, but their relationship was wrought with missed connections, opposing tastes and conflicting values and ethics. In hindsight, Rachel recognizes that she couldn’t really relate to her grandmother; what intrigues her is “this idea of responsibility for unconditional love, specifically in the case of an immediate family member”.

The photographer desperately sought ways to relate to her and make her images appear candid, and at the same time a faithful photo documentary of her grandmother’s life. This is perhaps best exemplified in the image ‘Same Knees’, where Rachel approaches genetics in an attempt to find an otherwise unattainable connection.

At this terminal stage of the illness, she took images quickly without much warning. She would follow her grandmother around the house as she pointed out seemingly ordinary inanimate objects, which would take on a greater significance once she was gone: “We’re talking anything from depression glass and furniture, to dogs and clothing”. The photographer identified things that defined her knowledge of her grandmother, “the things she valued and wanted me to have”. The subsequent still-life photographs of these objects act both as a portrait of her grandmother, and a metaphor of all the things with which Rachel couldn’t connect.

Documenting her grandmother’s gradual demise, Rachel inevitably had multiple concerns going through her mind, particularly regarding her own ethics as a photographer, but primarily as a family member: “I often asked myself, do I photograph her when she is not aware? Should I show her when some might say she was looking, “her worst”? And most importantly, how do I make this series about us, or even me, and not about the disease?” These are the things which haunted the photographer’s mind while her grandmother was still living, “but I was confident in myself, I knew that I would never use images that seemed disrespectful or exploitative. And I also resorted to only photographing her when she was coherent, and knew I was there taking pictures”.

The biggest challenge for Rachel was her grandmother’s unexpected death. It seemed to happen right in the middle of the series; she was not ready for it and even called the undertakers to plead with them to hold off the funeral preparations for 48 hours, so that she could spend her last few hours photographing her grandmother, a camera being the medium through which she could best connect to her. The only photograph she used from this shoot was a self portrait of her and her grandmother together, “It was the last time our bodies would share the same space”.

Shiny Ghost in currently on display at the FORMAT photo festival in the UK, and will soon be exhibited at Photo London through LensCulture magazine later this month. 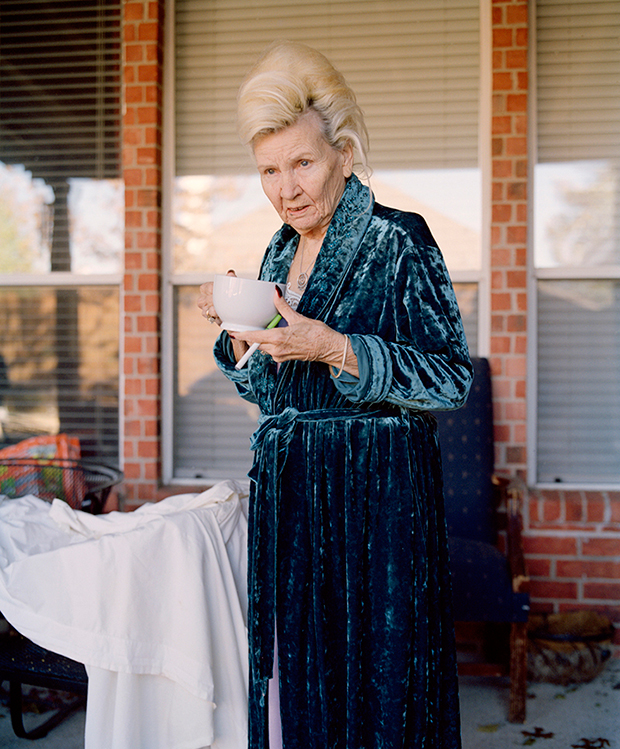 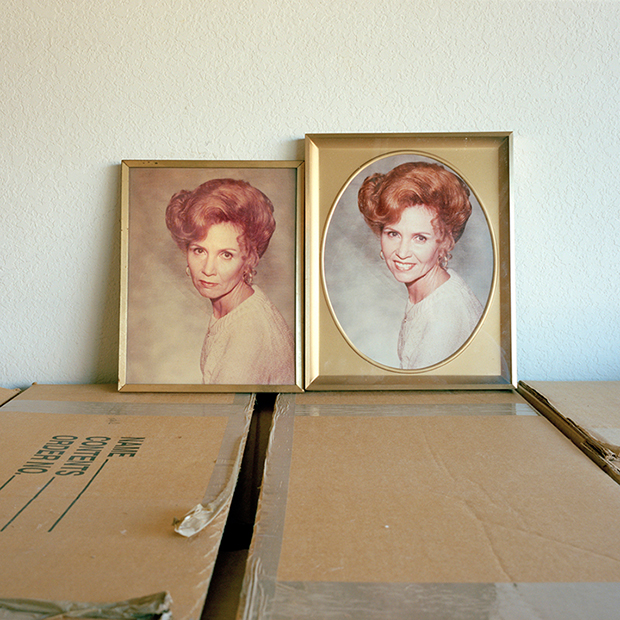 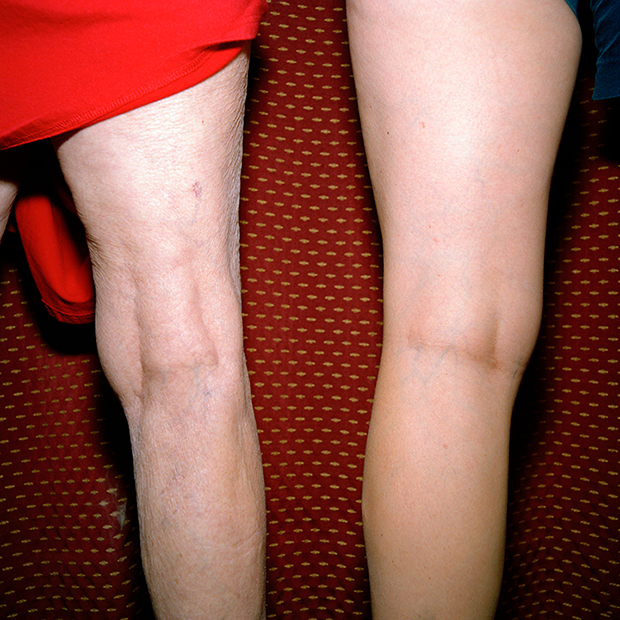 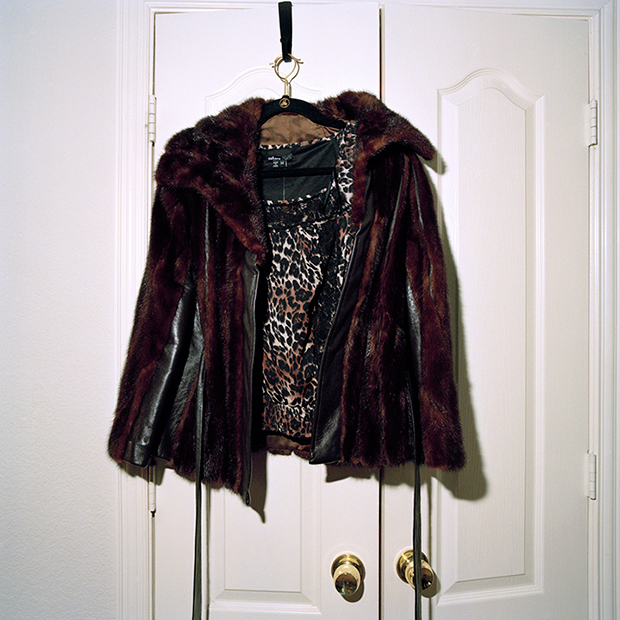 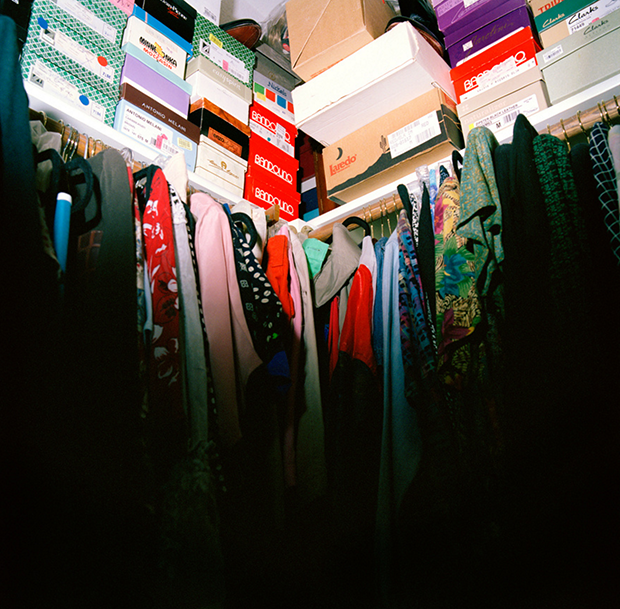 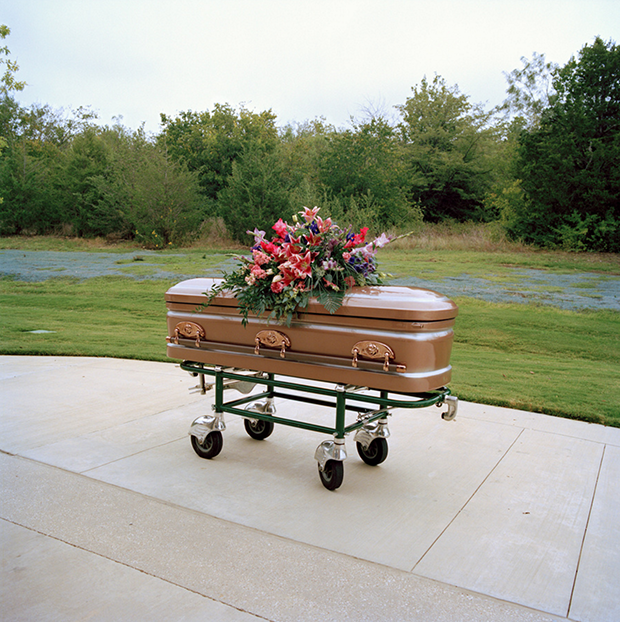 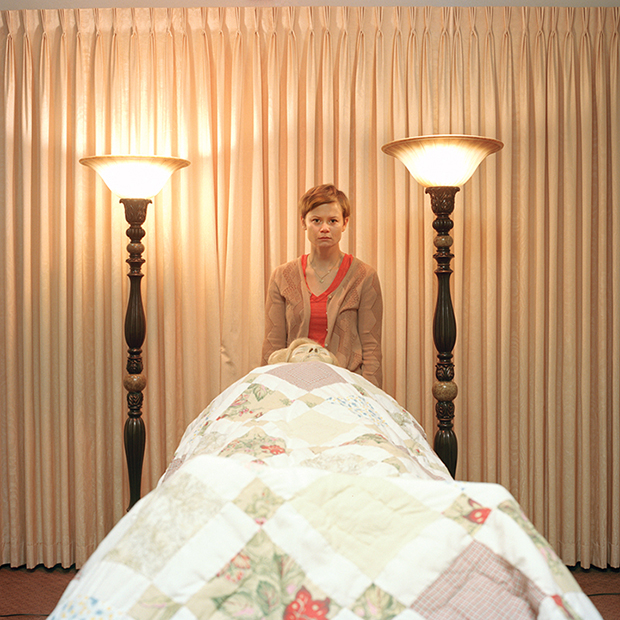