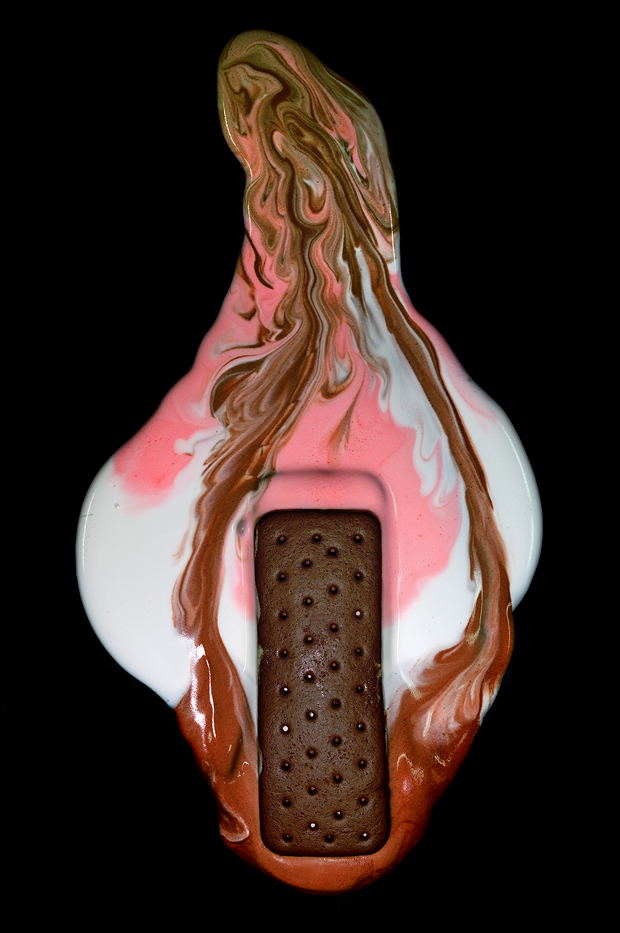 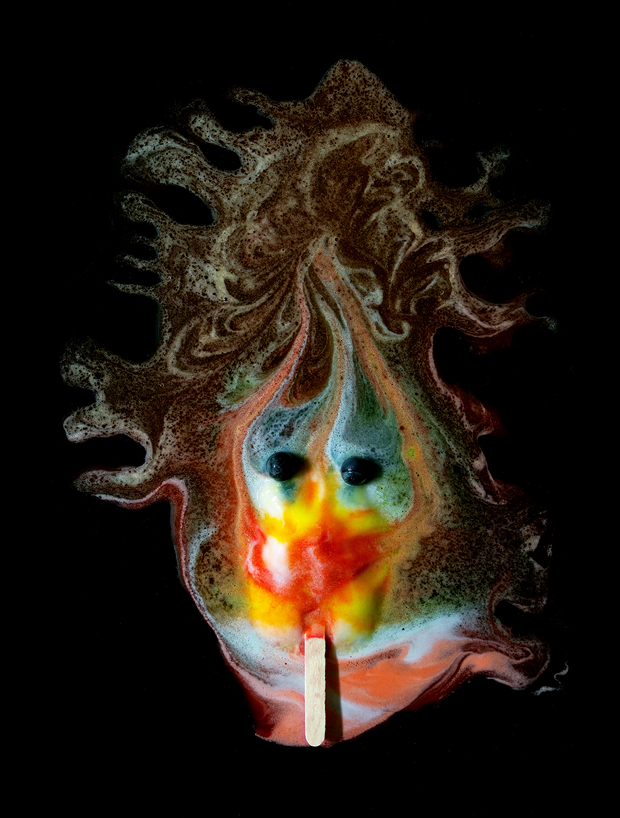 For Transmogrify, New Jersey-based photographer Michael Massaia melts more than a dozen ice cream pops, tracing the unsettling yet beguiling ways in which each sugary confection becomes disfigured and reconstituted as it dissolves into nothingness.

The photographer’s childhood, he explains, was marked in part by an acute misperception of his surroundings. Ordinary objects at times appeared to him as something entirely foreign, a phenomenon that he describes both as seductive and frightening. Decades later, Massaia, now thirty-six, employs the innocent figure of the ice cream bar to express the ways in which our youths, though often looked upon with nostalgia and sentimentality, are sometimes tinged with moments of darkness, confusion, and alienation.

These days, Massaia is still visited by the sense of solitude and detachment he felt as a child, but his isolation, he says, is no longer an impediment. The way he sees the world, and the resultant the disconnect between his reality and that experienced by others, no longer ignites within him the lonesomeness it once did. Like the dissolving ice cream pops, his distorted perceptions allow him to discover depths and meanings within scenes that might pass others by unheeded. Some of his favorite photos from the series, he admits, are those depicting bars with faces, visages that seem to become tense and enraged in the instant before disintegration.

Here, the ice cream bars, the simplest of childhood pleasures, become both frightful and compelling, like nebulae extending for an inestimable measures of space. The pops that worked best, he notes, are the old-timers found in carts, and he often found himself— like an excited boy—chasing after trucks as they whizzed past playing their familiar, haunting tune. The melting process was done over the course of about an hour, over a sheet of plexi glass in the artist’s home studio. While working on the project, he re-activitated his boyhood taste for the bars, and he admits, it’s been hard to say goodbye to the sweets. “I’m almost weaned off,” says the artist.

Transmogrify is now on view at Gallery 270 alongside other works by Massaia as part of his solo show Scenes From A Childhood. 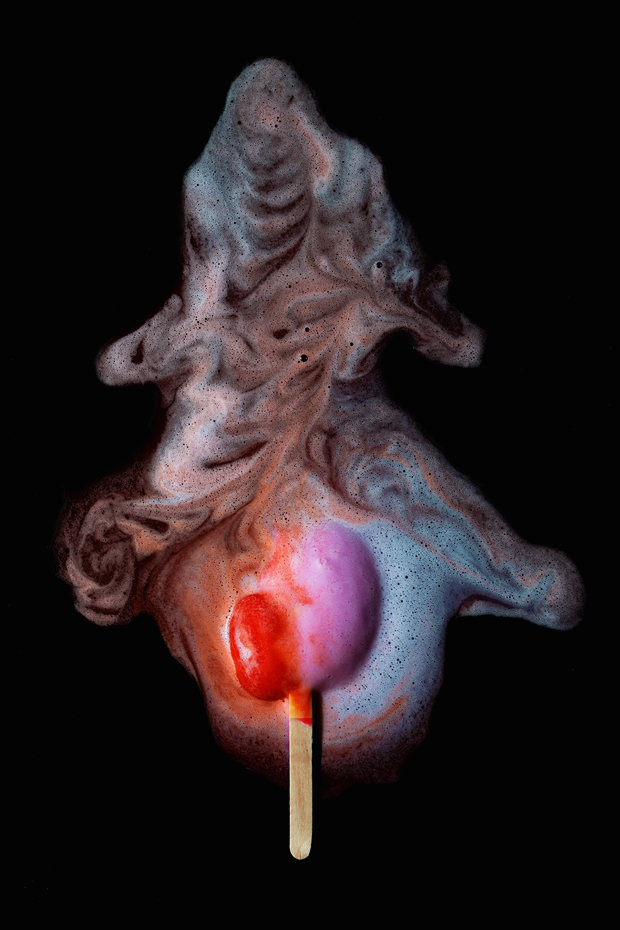 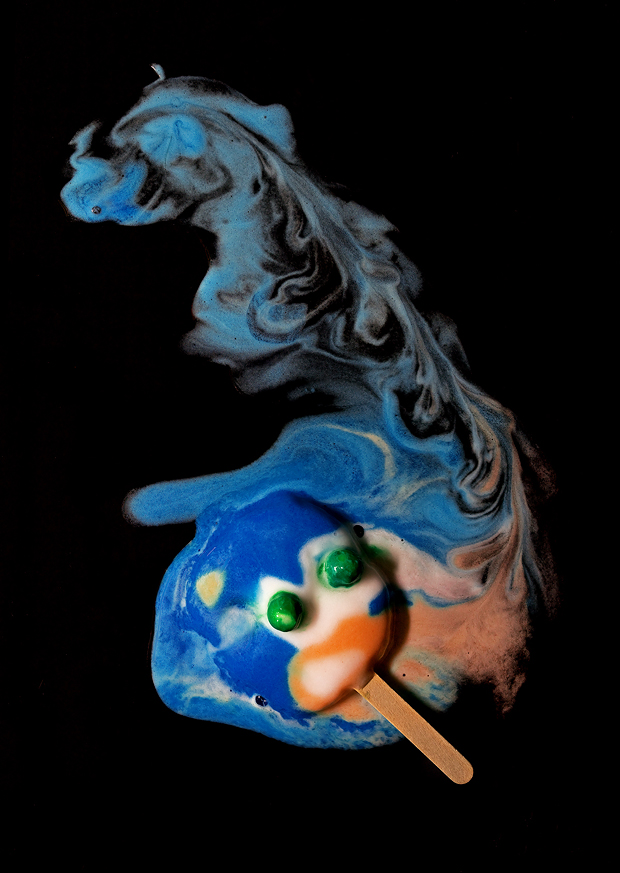 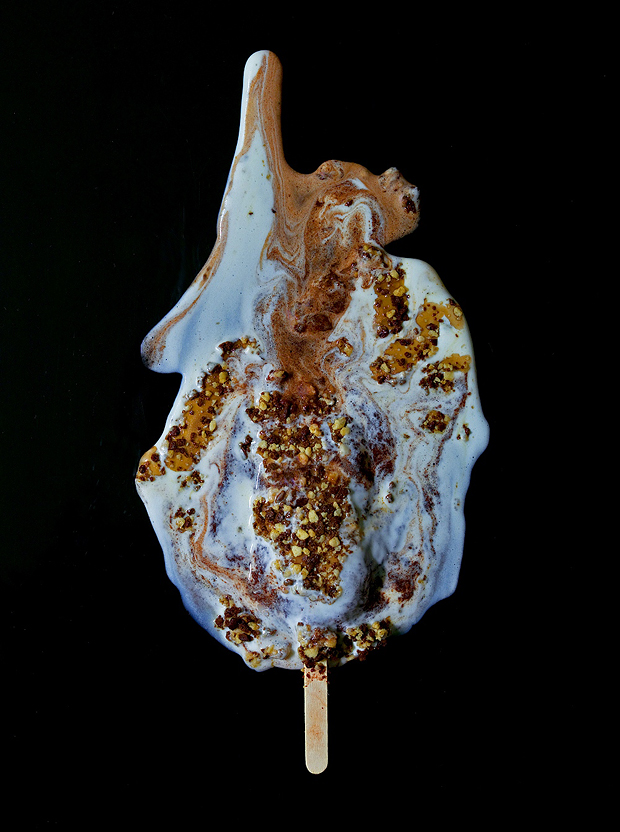 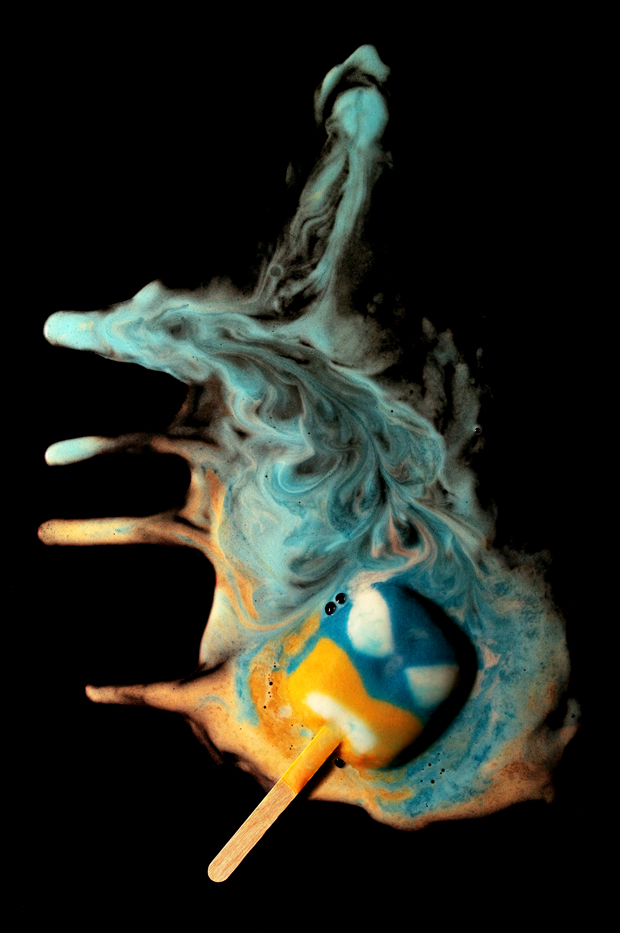 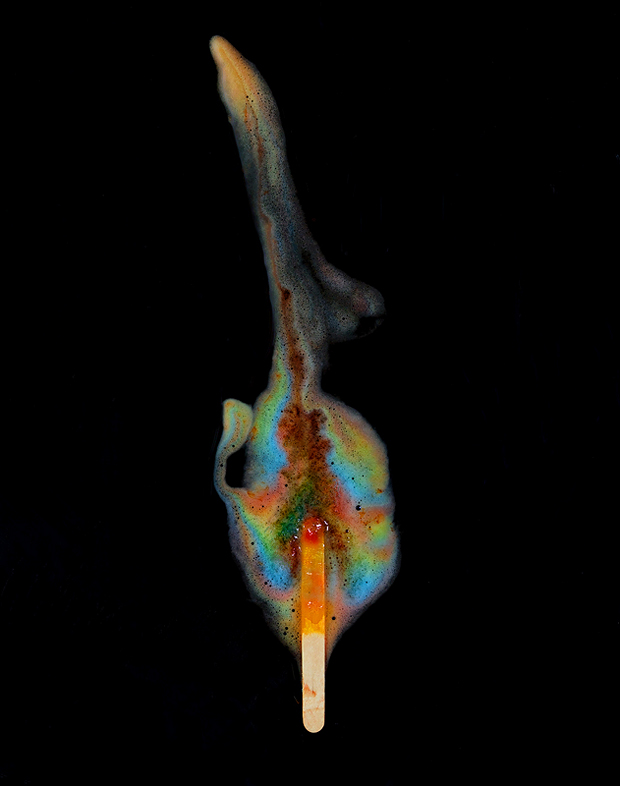