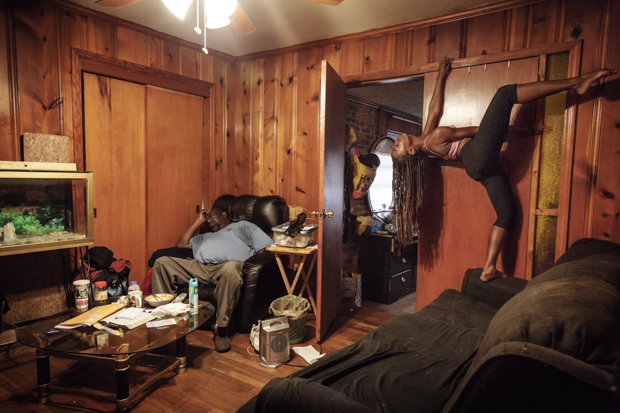 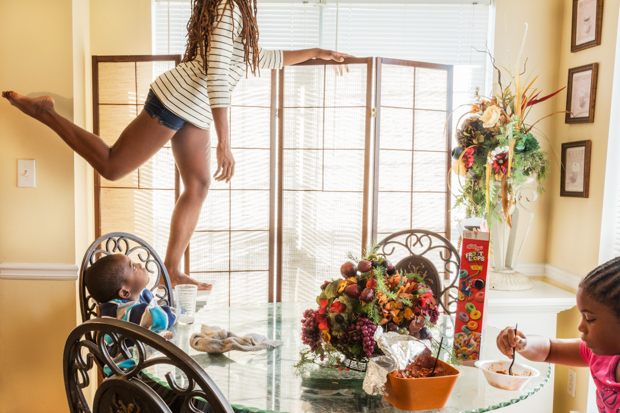 When Brooklyn-based dancer Shoccara Marcus learned of her father’s cancer diagnosis, she immediately packed up her life and returned home to Atlanta after more than ten years away. Her unexpected arrival brought with it an array of ambiguities; now an adult, she found herself propelled backwards into the role she had occupied as a child. Choreographing My Past emerged organically as Marcus revisited her childhood surroundings. In each frame, she performs a new step, constructing an ongoing dance by which she navigates the invisible but inevitable tensions that run beneath any homecoming.

Dancing, says the photographer, has been an integral part of her life since the age of four, and it naturally became her mode of coping with the transition. Despite the fact that she now resided at home, Marcus felt herself separated from her family by the inexorable space of time that had passed in her absence. She felt pressure to slip seamlessly back into her younger self, and the only way to escape from under it was to dance, to use her body to defy the forces of gravity. The urge first tugged at her in the living room as she watched her father sleep after a draining day of dialysis. In that moment, she took her dozing parent as her partner, climbing the wall beside him.

Throughout Marcus’s waltz, she alone defies the camera’s attempts to freeze time, flittering in and out of the frame while the house remains as it always was, programmed to its expected familial rhythms. Most of the images, she explains, unfolded spontaneously; her family is accustomed to her dancing, and they tend to go about their daily activities as she mounts her tripod. Her parents’ responses to the work, she says, have been varied, as is usually the case with family members.

The process of finding her place within the household, the photographer admits, was painful, and at times she considered abandoning the project. Ultimately, though, it empowered her to reconcile her family’s expectations with her own, to come to terms with who she once was and who she is in the process of becoming. In some ways, the series chronicles a second coming of age, one that fervently binds the artist to her place of origin. Of her family, she says, “I have learned to accept and love them wholeheartedly.”

Choreographing My Past will be on view at Arnika Dawkins Gallery in Atlanta, GA beginning May 8, 2015. 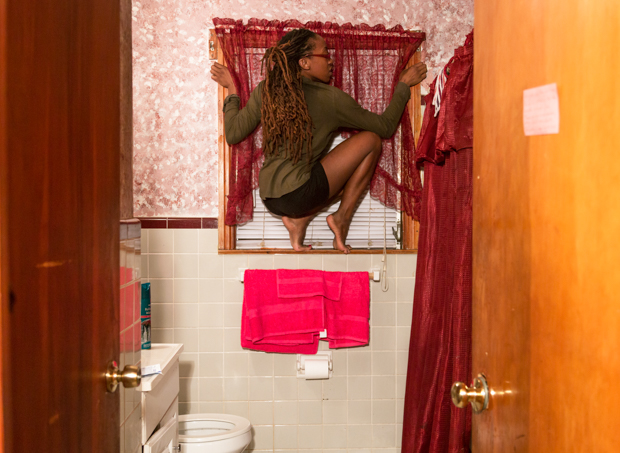 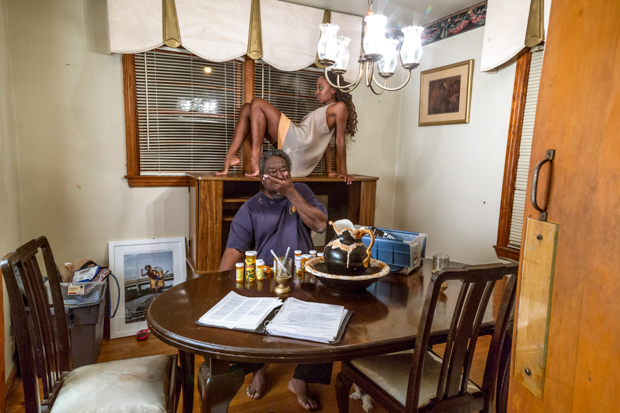 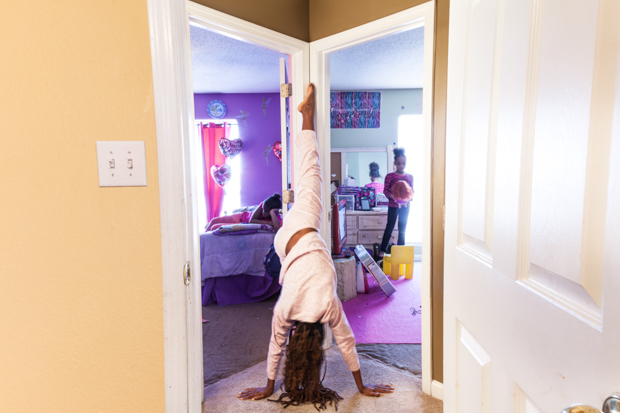 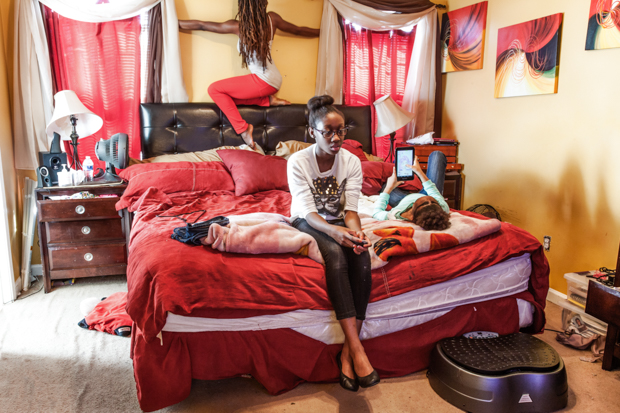 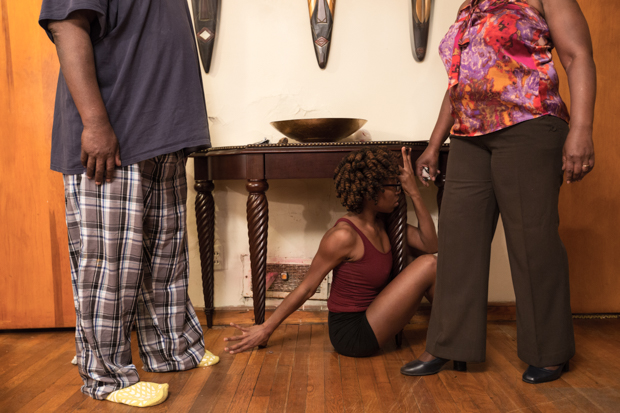 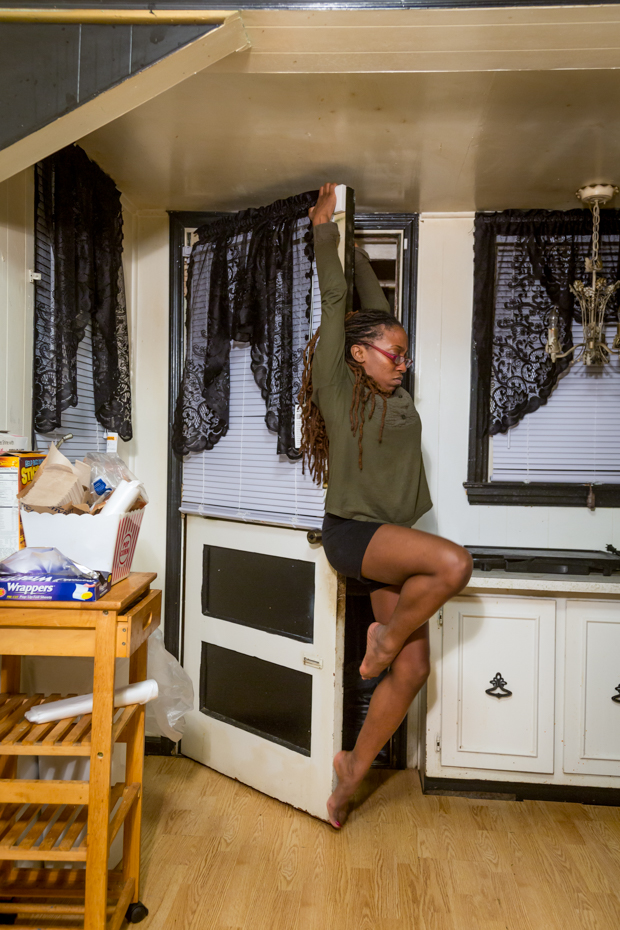 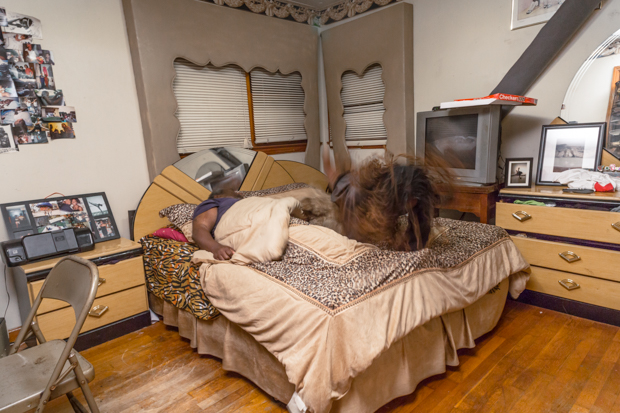 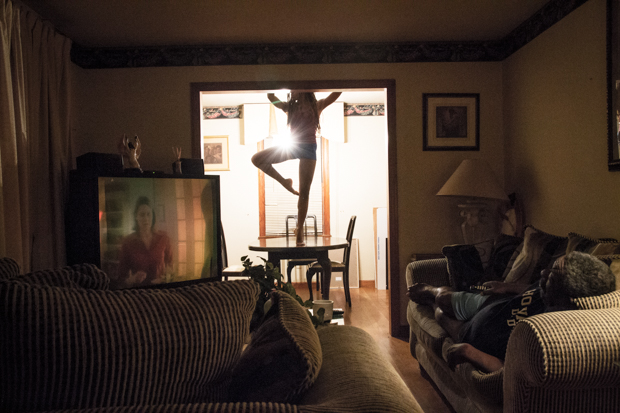 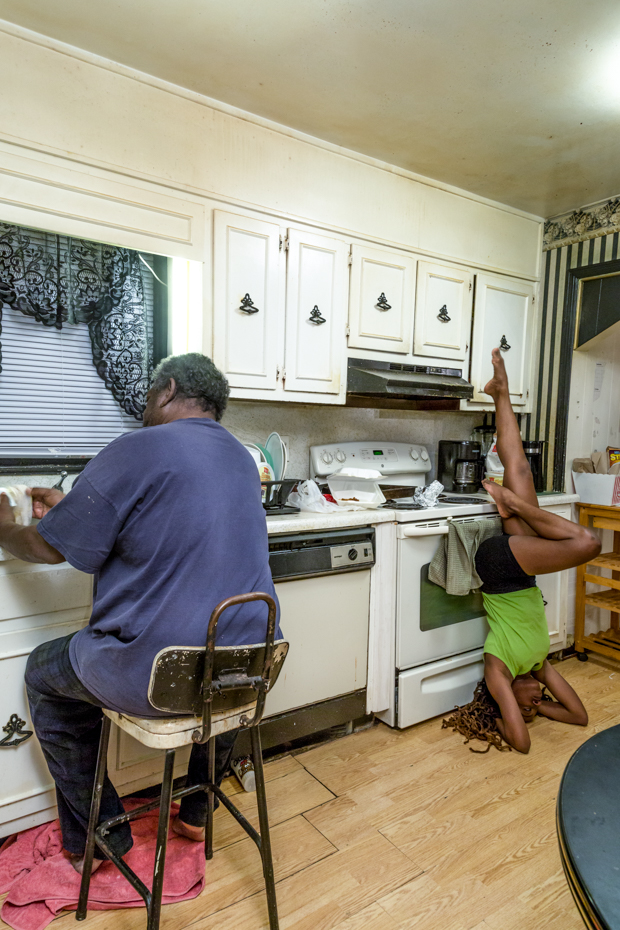 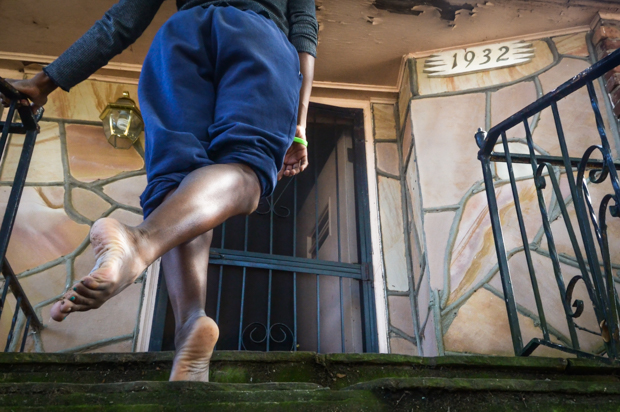